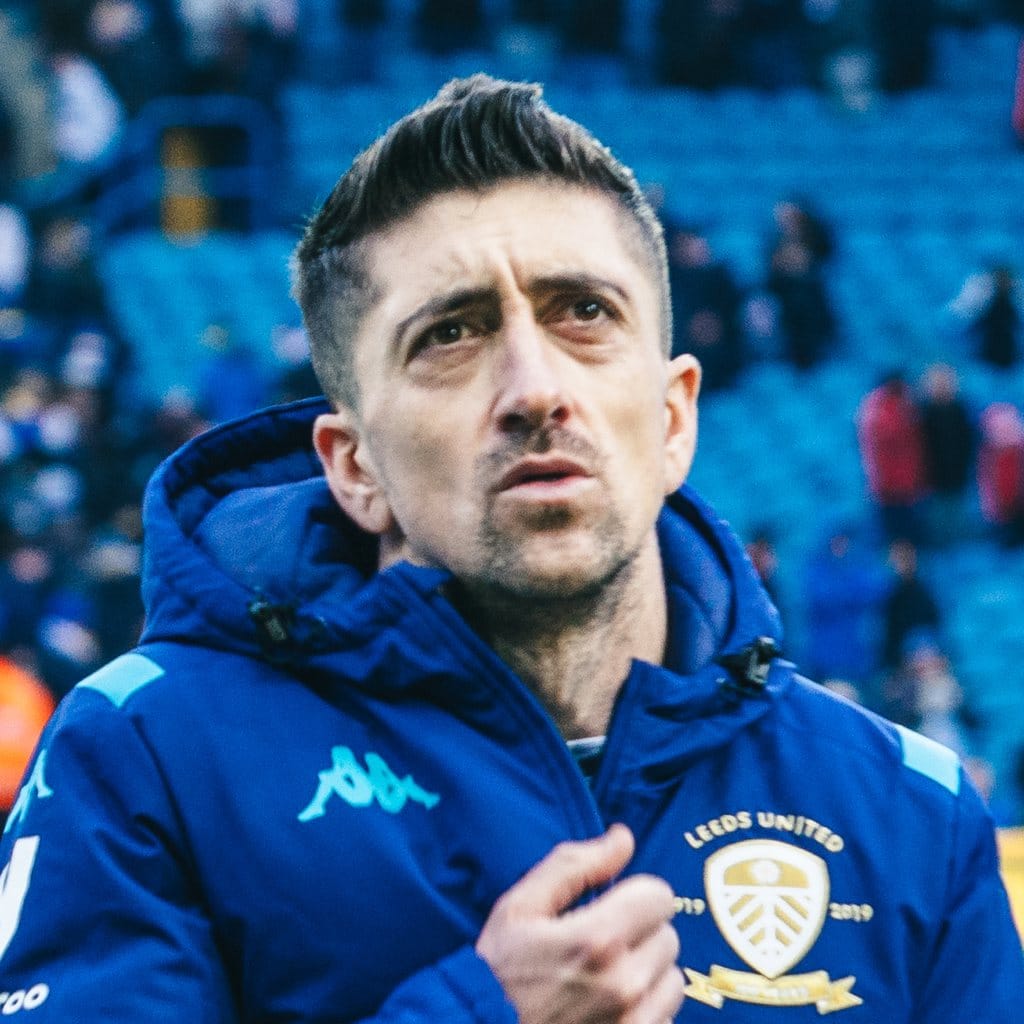 If Pablo Hernandez is going to heaven a nutmeg won’t do. He’ll need to argue his way through the gates, because as a footballer Hernandez has dared to be God.

In the void of an empty Elland Road he was as creative as God on the first day and as cunning as earth’s last survivor. God made a perfect world from nothing but Hernandez the artist defies God by making it better. The cardboard crowdies bowed in Holbeck’s wind as if to worship him. His pass, insisting that Jackie Harrison score United’s third goal, travelled from south-west to north-east, reversing the path of the sun. Between the afternoon’s storms Harrison scored at dawn. Face to face with a higher being, if there is one, Hernandez will have some explaining to do.

That pass, hit first time from deep in his own half, over his shoulder and deep into Fulham’s where Harrison was all for it, would grace any sport and we’re lucky Hernandez plays football for Leeds United. It was the swish of a bat sending a cricket or baseball beyond the fielders’ reach; it was a tennis stroke dropping a Slazenger on a tramline; tapped by a golf club, the ball followed an arc to make rough landscapes irrelevant.

Harrison’s finish lacked the assist’s grace, as he forced the ball through the goalkeeper and looked back to Hernandez, exhausted, but what else could he do? Hernandez had thrown him a jewelled vase and Jackie’s job was not to drop it. He didn’t. He looked relieved before he looked blessed.

Someone could argue that Hernandez was not working in a vacuum, that after Fulham dominated but lost the first half, Leeds’ second goal created the conditions for him. Fulham had to attack, leaving spaces behind where Hernandez could aim, even without turning to see them.

But that second goal had been similar, eleven seconds of spy movie gunfighting as Leeds grabbed the pistol from Fulham at their corner and tossed it hand to hand down the right wing: Illan Meslier to Luke Ayling to Matuesz Klich to Harrison to Gjanni Alioski. Eyeing the target and gripping the gun, Alioski showed uncharacteristic cool, steady on the trigger and deadly with his aim. It took Leeds eleven seconds to give Alioski all the time in the world.

He celebrated scoring by blowing kisses to the crowdies behind the goal, and celebrated winning by touring the pitch to applaud them. His antic embrace of the spirit of ghost games is more than mischief; pulling his mask down to talk to the pre-match cameras, Alioski said, “I miss all of you here.” In full stadiums Alioski plays like nobody is watching, in empty ones he plays like everybody is. He is very invested in the game.

Alioski scored his goal ten minutes into the second half, completing the destruction of Fulham’s hopes that began when Pat Bamford scored ten minutes into the first. That also came from the right wing, where Bamford’s scrappy touch conspired to free Helder Costa, who drove into space behind Harry Arter and decided Bamford should have the ball back. A careful left foot shot from the edge of the box beat Marek Rodak.

Bamford didn’t play his best game, and he and Costa were taken off at half-time for Hernandez and Alioski, but I was glad that together they made a valuable goal for my favourite football team. That team were so unlike themselves in the first half, their possession and passing stats dropping like a Wall Street crash, you could almost think it was deliberate. That Marcelo Bielsa took two important players off the field at half-time indicated it was not.

“No!” said Bielsa to Scott Parker in the second half, as Fulham’s boss appealed to the referee for cards. It was his second half message to Parker in one word. Parker had adjusted Fulham’s line-up so his brother in law, Arter, could be busy with Harrison Reed in midfield, cramping Tyler Roberts and thwarting Bamford’s ambitions. You could call it a success, except Aleksander Mitrovic almost ruined it all in the first two minutes, when he should have been sent off for smashing his elbow against Ben White’s jaw, and Fulham lost the first half anyway.

Set up to defend, they seemed timid about possessing the ball until they’d gone behind, and then despite Fulham’s pressure, it was easy for White and Liam Cooper to keep Mitrovic away from their goal. Stuart Dallas had a hard time with Anthony Knockaert, unsure about a winger with two feet, but wherever Knockaert went the ball flew over the goal anyway. He was taken off in the second half along with several others, and substitute Neeskens Kebano was sent off, and a by-product of the mid-pandemic substitution rules is that I doubt even Parker knew who Fulham had on the pitch by the end. All Parker had was Bielsa’s wagging finger and his “No!”, then his old dear’s smile and wave through a café window, that Bielsa uses at the end of a match instead of a fist bump.

Hernandez was the foremost expression of that “No!”, a player devoted to “Yes!” Sometimes it seems unfair for one player to take so many bouquets for one pass, but his closest rival, God, only made one earth, and plenty of people are happy worshipping him for that one week of madness. Hernandez contributed more besides, because his presence on a pitch is a statement about style and how the game will be played while he’s in it.

Bielsa is critical of the five subs rule but found a use for it, taking Hernandez off again when his point was made. Special teams tactics aren’t a welcome addition to the sport, but Pablo Hernandez should be greeted on any pitch with petals and palms.