After the flair, the fighting: international Raphinha phase two 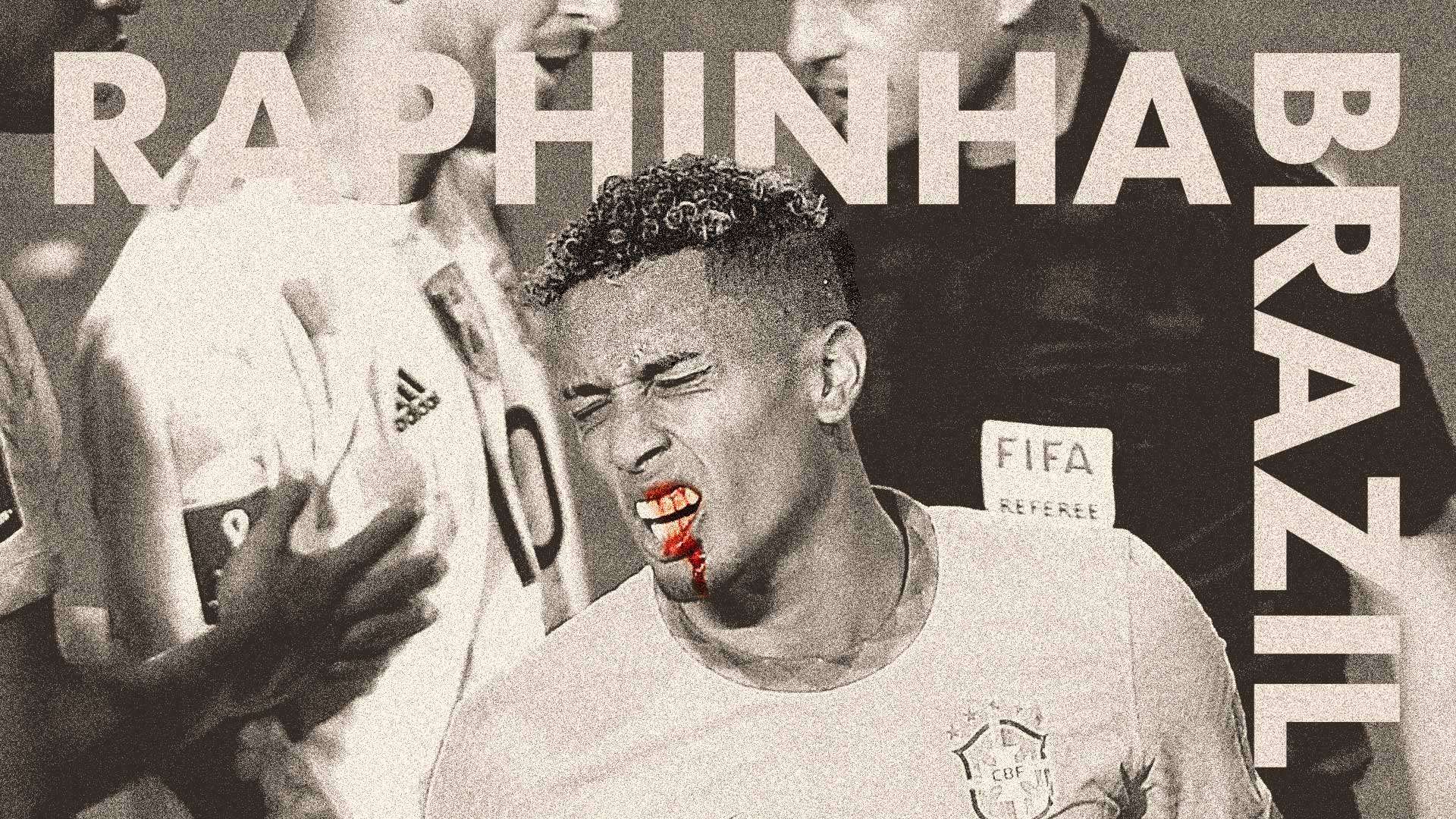 Nicolas Otamendi signing for Burnley had completely passed me by until I watched him elbowing Raphinha in the face and picking him up off the floor while he was still wiping blood from his mouth. Such hard man posturing was straight out of Ashley Barnes’ playbook. Otamendi must have had some lessons at Turf Moor.

VAR decided Otamendi did not deserve any punishment, because he plays for Leeds United, prompting Brazil boss Tite to get a bit Kevin Keegan in his post-match presser . “[Andres] Cunha is an extraordinary referee,” Tite said. “His technical quality and perception are very high, a very high disciplinary aspect, but arbitration requires a team effort. Who is in the VAR? It’s simply impossible, I’ll repeat, it’s simply impossible not to see Otamendi’s elbow on Raphinha. Would that determine the result? I do not know. [A] high level VAR referee cannot work in this way, it is inconceivable. It’s not the term I wanted to say, I’m saying this because I’m polite.” According to Globo, the Brazilian Football Federation are going to make a formal complaint to the South American Football Confederation over the incident.

It’s the latest installment of Brazil’s favourite new drama in which Raphinha is the heroic main protagonist. It was fun to see how excited Rapha was to play for Brazil for the first time, but it’s already getting annoying. First people were trying to sell our star player , now they’re assaulting him. Otamendi’s elbow happened less than a week after Colombia’s Johan Mojica tried to take a chunk out of his achilles as payback for Rapha humiliating him the last time they played against each other . If people are going to keep being dicks to Raphinha, maybe we should stop letting him play.

At least he fulfilled our wishes by not playing so bloody well where everyone can see. Brazil’s 0-0 draw in Argentina provided the perfect conditions for Raphinha to lay low and not add another group of Super Clubs to his growing list of admirers. The Argentina fans were oléing passes after just five minutes. Brazil couldn’t get the ball in the opening quarter of an hour, prompting the commentator to ask whether Raphinha had even had a touch. He wasn’t being helped on the rare occasions Brazil did get possession. Their defenders and goalkeeper kept kicking the ball out for Argentina throw-ins, and when he finally got it, Fred was falling over trying to control his simple pass.

Raphinha did warm to the occasion. He tricked Marcos Acuna within the space of a phonebox by the touchline, less than a minute after the left-back went through the back of him in front of the dugouts. Then he met Otamendi’s elbow. Rapha came back onto the pitch pressing blood-stained tissues to his gums. When he sprinted to prevent another wayward Brazil pass going out for a throw, he was looking like Ryan Jarman on the sleeve of The Cribs’ single Martell , blood foaming all around his mouth.

Otamendi wasn’t the only villain. Rodrigo de Paul spent most of the game bickering with Brazil players as the match started to resemble a Leeds Under-23s fixture, full of snide fouls and petty arguments. Otamendi’s centre-back partner, Tottenham’s Cristian Romero, was also picking on the smaller kids — mainly 21-year-old Vinicius Jr — to make himself feel like a tough guy.

Romero left the pitch a few minutes earlier than Raphinha, substituted with an injury that makes him a doubt to face Leeds at the weekend. A wise move after making Rapha angry, Cristian. If I was you, I’d be getting my excuses in early too. ⬢