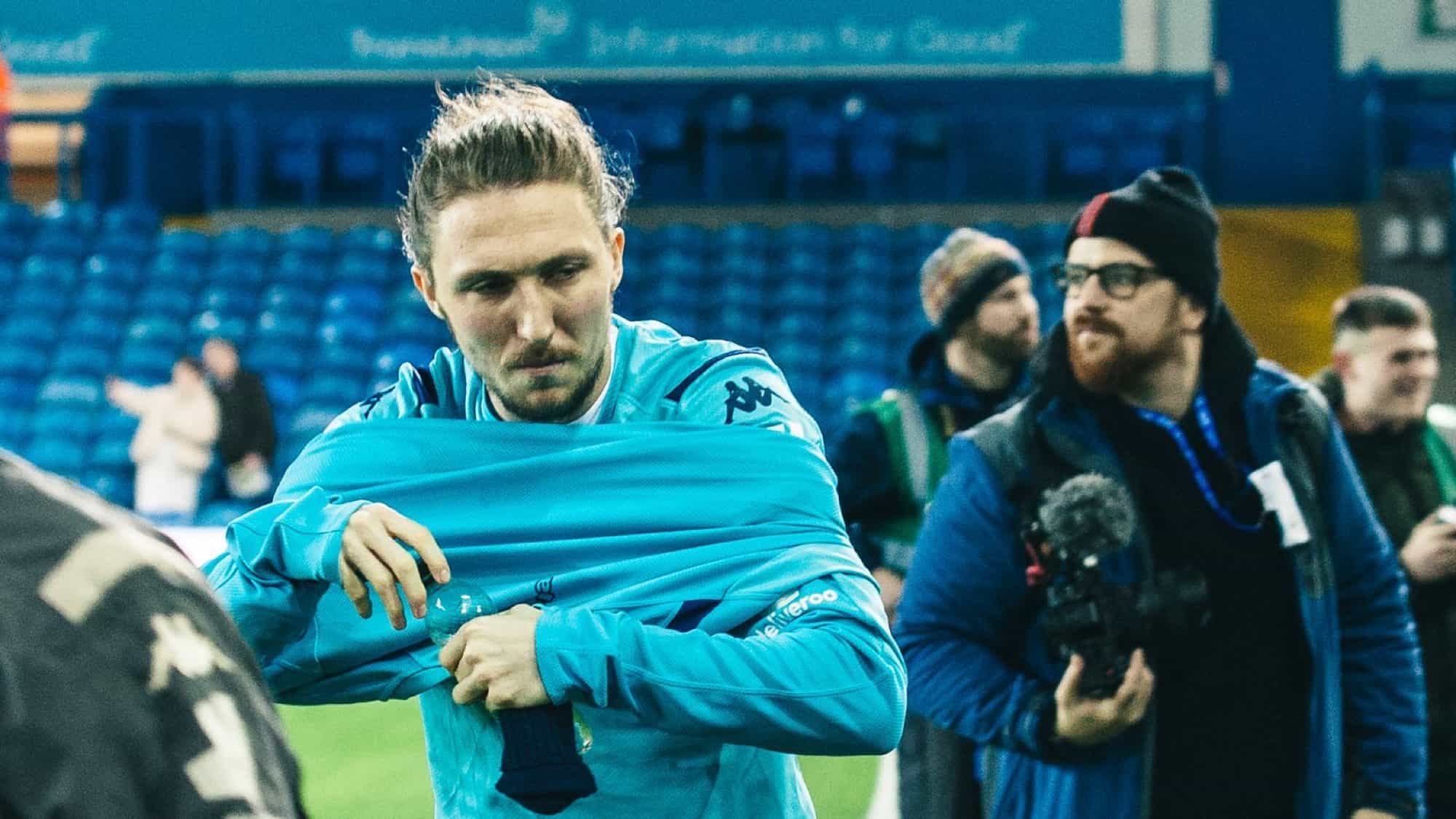 One of the relentlessly charming things about the gang Marcelo Bielsa leaned on and shoved up the leagues with Leeds United is the way the attitudes formed in the lower divisions haven’t left them. See Luke Ayling, talking to Phil Hay in The Athletic: “A lot of us boys are used to fifty games in the Championship, playing week in, week out. That’s what I like.”

The Premier League just ain’t the same, not this season anyway. “We’ve played, what, twelve games since August,” he says, “and it’s not enough.” Jurgen Klopp, puking and crying through every unwelcome Champions League round, could never feel that way.

This was a theory as soon as Leeds were promoted and it pretty much turned out. Pundits bleating burnout were asking loaded questions about Bielsa’s intensity scuppering Leeds in the rare air of the Premier League, but withering replies from Yorkshire immediately pointed to eight fewer games, with little prospect of cup runs jamming things up because we’re really bad at those. There were other predictions in LS11: that Pat Bamford would blossom without Daniel Ayala or Aden Flint in his face, on his back and round his ankles, which worked for Pat and now he’s an England player; or that Helder Costa would revel in the wide open spaces, which was right for a couple of games maybe. But running out of steam was never going to be a factor, as one defeat in the last eleven games proved last season, helped by the adrenalin of promotion still sloshing in the system.

Loss of momentum is one of Luke’s theories about this season’s troubles, the lack of games not just down to the Premier League being soft but three insufferable international breaks, as FIFA crams in its post-Covid catchups. Liam Cooper has played twelve games for Leeds this season; he’s played half as many for Scotland and spent one more on their bench.

“I do feel like the breaks are a big factor,” Bill tells Phil. “We get into a rhythm but then guys are away for a couple of weeks. Our style of training and how we do things, it’s completely different to any other manager. Players go away and don’t train as much or eat differently from how we eat here. Then they come back and it’s like starting again. Our rhythm’s pretty important to us … It’s nice to think we’ve got four months of solid football now.”

That solid football is eighteen games before the next international break, not counting Raphinha maybe Brazil bound, one game under half a season without interruption between now and March. One possible approach for players like Ayling, Cooper or Dallas, coming into the Premier League with Yeovil, Chesterfield and Northampton on their CV, was to aspire to adopting an ‘elite mentality’, chipping around staring at stuff for no reason like Ronaldo. Another approach was to keep the best of their League One mentality because it unlocks everything they love about football. Maybe that’s where the prevalence of ‘murderball’ at Leeds comes from. Bielsa and his staff can seem bemused by the attention it gets. But filling in the gaps when they’re not being asked to jog about at Anfield or Old Trafford with midweek reminders of full-blooded life in the lower leagues must fill the players’ hearts with a joy they can’t resist bringing to interviews about Bielsa’s methods. It was Leeds’ players who bestowed the name, after all. They love it, and while they’ve been away on international duty or getting their sore legs and hips fixed, they’ve missed it.

The most reassuring thing about Ayling’s interview is that he’s not fazed by Leeds being 17th. Not happy, but not fazed. When he was interviewed sour faced on screen straight after the opening day defeat to… can’t remember now, I wrote that frowning Bill was just the player to keep the best United together and put things right. He still is that person, prepared in advance for what this season was going to bring.

In summer, according to Luke, “One of the first things we all said was that there ain’t no way this season would be the same as last season … [when] we started well at Liverpool and rode the wave all the way through but this season — teams knew what was coming … I knew it would be harder.”

A key ingredient for panic is being surprised, but if the players aren’t under illusions about what is happening to them this season, that’s a powerful weapon for fighting against it. They were ready for the second part of their two year mission to stay up to be harder than the first, and it is, so they’re not being caught out. And besides, it’s only the Premier League. As someone who once overcame Sheffield United and Brentford in play-offs at the end of a 46 match League One season, Luke Ayling has nothing to fear. ⬢