He Must Be Decent!

As Good as he Looks: Rodrigo Beckham (not Peter Reid) 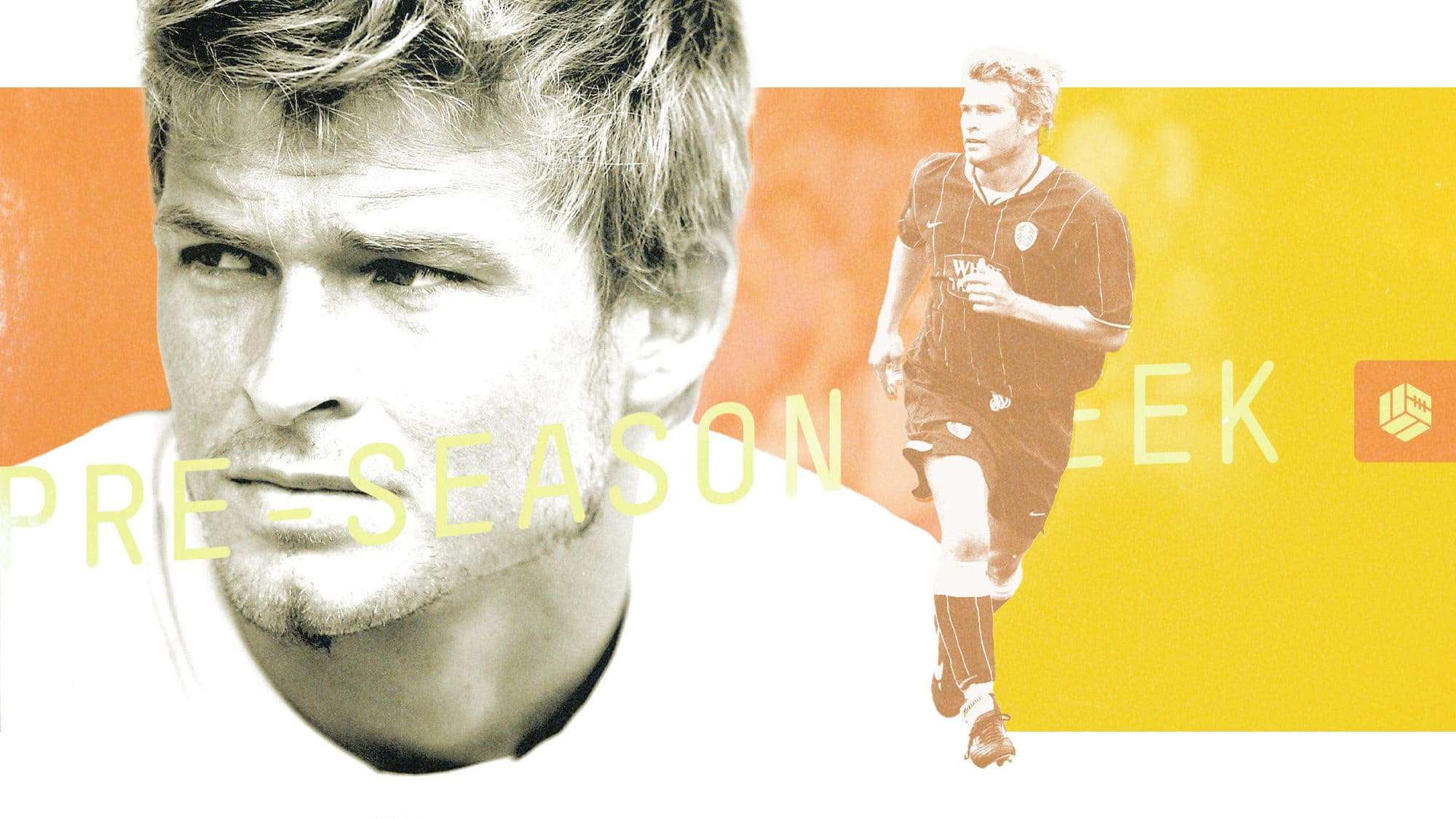 As Leeds United were imploding around him in the summer of 2003, Peter Reid had a curious answer to his myriad of problems ahead of a doomed campaign.

Leeds fans were trying to understand how Liverpool’s £10m offer for Harry Kewell in January had turned into a £5m sale a few months later, with £2m of that fee destined for the back pockets of Kewell’s agents. But Reid had a plan to cheer up worried fans: sign a Brazilian. Brazil were, after all, the reigning world champions. But which Brazilian to sign? That didn’t seem to matter to Reid.

Leeds had talked about signing Kleberson for months, but he was heading to Scum. Reid began focusing on another World Cup winner, Lyon’s Edmilson, who had reportedly rejected a move to Elland Road the previous year. Lyon president Jean-Michel Aulas was insisting Edmilson had no long-term future at his club, but Leeds couldn’t agree a loan deal, forcing the midfielder to stay put, winning another Ligue 1 title and earning a move to Barcelona the following summer, when he could have been playing alongside Jody Morris.

Not that it mattered. Reid had an ace up his sleeve. Leeds was never a city where Goldenballs-mania was going to prosper, but that didn’t stop him bringing in trialist Juliano Rodrigo, better known as Rodrigo Beckham, to the point that he goes under that name on Wikipedia to this day. And why? Because he looks like the bloke who married one of the Spice Girls. A single campaign at Goodison involving a serious knee injury, a series of botched operations and 54 minutes of football wasn’t putting Reid off. Beckham was Brazilian. That was enough.

This was a player The Actual Jairzinho described as a “sensation”, who was voted the ‘revelation of Brazilian soccer’ two years earlier. He was not lacking in self-confidence. “But for the presence of players like Ronaldo, Rivaldo and Ronaldinho I’d have already played around thirty games for my country,” he told the News of the World in 2002, adding, “If a lifestyle similar to David Beckham’s is waiting for me then I’ll take that as well — no problem.”

Twelve months on, while Beckham was becoming a Galactico in Madrid, Rodrigo was playing for Leeds at Bootham Crescent, alongside fellow trialists Joel Sammi and Sebastian Rostoe, in a pre-season friendly against York. Sammi and Rostoe were joining from France as unknowns. Don’t ask, just remember Willie McKay was directing Leeds’ transfer policy at the time. A fourth trialist, Julian Gray, was unable to appear, because Crystal Palace wouldn’t let him. York, meanwhile, were being marshalled by player-manager Chris Brass, still three years shy of his career peak of scoring an own goal by kicking the ball into his own face.

Despite being named as a substitute, Rodrigo was on the field sooner than expected after Mark Viduka matched York’s ‘rough and tumble’ approach by elbowing Andy Jordan, son of former Leeds striker Joe, then throwing the ball at him as he lay injured. Clearly not one to let a grudge slide — just ask Martin Keown — Viduka was striking a blow for Leeds fans hurt by Jordan Senior’s defection to Scum 25 years earlier. Probably. Rather than send Viduka off after just eleven minutes, referee Alan Kaye asked for the striker to be substituted. Reid was more obliging than Howard Wilkinson was about David Batty in the 1992 Makita Tournament, sending on Rodrigo in Viduka’s place.

By denying the authorities the chance to suspend a Leeds player for the first three matches of the season, Kaye’s lenience earned him an FA charge and a condescending mention in Leeds hater/former FA chief executive Graham Kelly’s column for The Independent. ‘Some thought that the referee showed commendable common sense, but I take the view that any official demonstrating reluctance to apply the laws of the game and who enters into a cosy conspiracy with the managers and players does the game and his lesser colleagues a disservice.’

In his four cameos for Everton, Rodrigo had worn ‘Rodrigol’ on the back of his shirt. He insisted it was a reflection of his middle name being Lopes rather than a nod to the goalscoring prowess of Gabriel ‘Batigol’ Batistuta. And who even knows where ‘Beckham’ fits in there. But there wasn’t much chance at Bootham to show what he was like in front of goal. Leeds were being shown up by York’s own team of trialists (with the Ghost of Shitshows Yet to Come, Jon Parkin, on the bench). United could have been 4-0 down by half-time, Nigel Martyn helplessly watching Liam George missing two easy chances, Darren Dunning slapping a free-kick against a post, and Michael Duberry clearing an effort off the line. It was only a friendly, but Leeds’ shambolic showing was a sign of the campaign to come.

Rodrigo was at least able to celebrate Eirik Bakke turning home a corner to put Leeds ahead in the second half, and to despair as  Danny Mills gave away a penalty, allowing York to immediately equalise. His Leeds career didn’t last much longer, trudging off so Paul Okon could come on, while York played out a draw with their own superbly named trialist, Fabien Bossy, shoring up the midfield.

Perhaps the conditions weren’t ideal for Rodrigo, but the most damning indictment of his performance was Reid remaining keen on signing fellow trialists Sammi and Rostoe, despite the former being given a ‘torrid time’ by Aron Wilford, a forward who began his career as a defender and spent the next fifteen years bouncing between thirteen clubs, almost exclusively in non-league. Sammi, an eighteen-year-old defender, even appeared in Leeds’ 2003/04 squad photo despite never actually signing for the club. Instead of signing up Sammi or Beckham, Reid bolstered his options with five McKay loanees from France.

Still, Rodrigo did get to fulfil his ambition of tasting the Beckhams’ glamorous lifestyle, but only after retiring in 2010 and returning to his childhood love, surfing. Peter Reid lived up to his word, too, fulfilling his Brazilian needs by signing Roque Junior on loan from Milan. In the rear view mirror, Rodrigo Beckham suddenly looked good. ◉