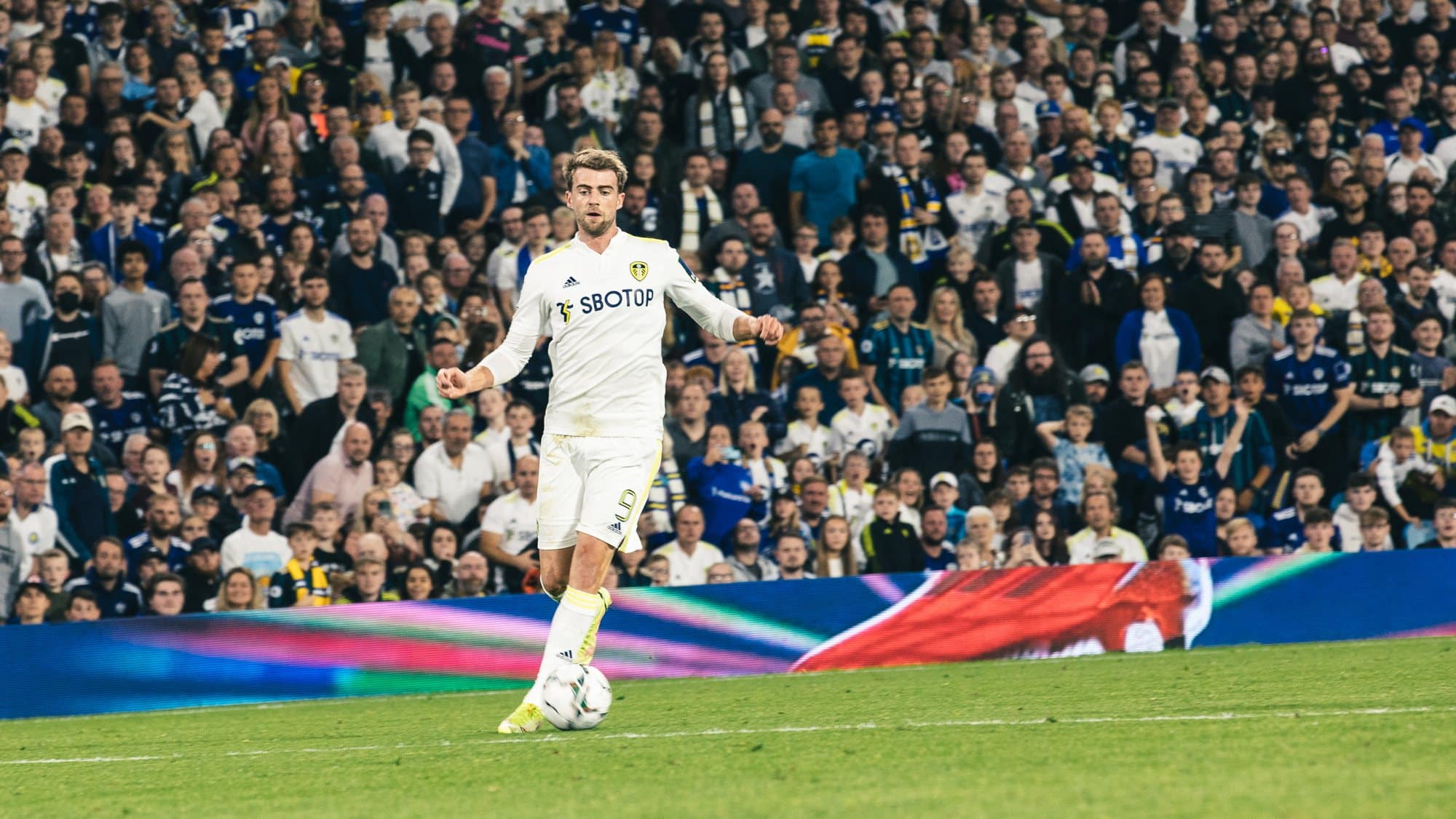 Under-23s football is not supposed to be about the results, so the returns of Patrick Bamford and Luke Ayling from injury at least added some tension to Leeds’ trip to Manchester City on Monday night. We’re usually trying to spot whether Lewis Bate has reached the required BMI to get a game for the first team, but instead I was panicking in case Ayling had pulled his hamstring or was just scratching his arse. I was ready to write the season off, resigned to relegation, because Bamford looked like he was holding his poorly ankle, when it turned out he was tying his bootlaces.

Leeds’ U23s lost 3-2, throwing away the chance to win 2-1 at the reigning champions of children and continuing a run of frustrating results comparable to the grown-ups’. Their last league win dates all the way back to the lift off of Joffymania against Liverpool in mid-September. But the real focus against City was whether head of medicine and performance Rob Price has built Bamford and Ayling back to their usual robustness.

Bamford knows all about Price’s factory of Frankensteins, recovering from what were meant to be two season-ending injuries in Marcelo Bielsa’s first season, helping to keep numbers up in a squad missing a decent seven-a-side team most weeks (people forget it has always been this way under Bielsa). Bamford was only able to recover after Price recycled limbs from Jamal Blackman and Izzy Brown. More recently, Adam Forshaw swapped a few teeth for a fixed hip. Hopefully, Robin Koch’s pubis is feeling less rebellious now one half has been fused with Bamford’s ankle and the other has reinforced Ayling’s knee.

The early signs against City were an encouraging reflection on Price’s craft. Within two minutes Bamford was wrestling with centre-backs while energetically leading the press, and the rest of his first half was like a game of Bambo Bingo. There were two consecutive headers to clear away City corners at Leeds’ near post, neat link-up play to hold the ball up and bring his teammates into the game, a petty argument with the referee and a cheap free-kick won out of his running battle with City’s no.5. He went calmly dribbling past defenders to win a free-kick on the edge of the box, and there was a goal ruled out for offside, Bamford battering the ball into the top corner with a finish reminiscent of his best at Aston Villa and Leicester last season. There was so much of the best of Bambam it looked like Price may have made a RoboBambo.

Bamford was meant to be replaced by Gelhardt at some point, but an injury to Leo Hjelde meant he was needed for the full ninety. Ayling played until half-time and was also reassuringly familiar, nailing an early Ayling Flop, a number of galloping runs down the right, and some audible words of advice for the linesman on the opposite side of the pitch. One run from Ayling opened the pitch up and led to Leeds’ opener, by beating his man and creating space for Lewis Bate. Bamford had been so dazzling that Ben Parker, on LUTV’s commentary, tried giving him credit for Bate’s incisive pass that tempted City’s defence into bringing down Crysencio Summerville in the box. Bamford deferred to his captain, giving the ball to Sam Greenwood to score and have a few words with the goalkeeper. By the end of the first half, the adults were looking a little ragged, sharing a laugh when Bamford was booked for sliding in on a player while trying to reach Ayling’s overhit pass.

I was still trying to work out who was playing where when City equalised a minute into the second half, by which point Liam McCarron had replaced Ayling and Archie Gray was on for Hjelde, spending the rest of his school night playing midfield behind England’s no.9. It took the players about fifteen minutes to work it out too. Bate eventually re-emerged after disappearing among a fog of frozen breath and steam generated by Bielsaball industry. Leeds’ kids showed a ruthlessness the adults lack by punishing Romeo Lavia’s second yellow card with Greenwood’s second goal a minute later, a sharp near-post finish after cutting in from the right. But they were undone twice in the last fifteen minutes by the cavalier approach they share with the seniors, leaving themselves open even with a numerical advantage. Fresh from making his first Premier League start at the weekend, Cole Palmer spent all night dribbling past Leeds defenders, cutting onto his left foot and shooting at Kristoffer Klaesson. Klaesson gifted Palmer a goal in the last minute as a reward for his persistence, and for all the talk of where Leeds can improve in January, a back-up goalkeeper might be the most sensible move should [touch every piece of wood around you] anything bad happen to Illan Meslier.

Bamford spent much of the second half looking understandably knackered. On his podcast last week Pat said Joffy was unbelievable on his full debut at Spurs “until his legs went around the 60th minute”, and maybe young Gelhardt had a smile about that while watching the old man suffer. The question now is, were those ninety minutes, and the half for ol’ Bill, enough to get two important first team players ready for the Premier League again? Bielsa broke convention at Spurs and Brighton by swiftly promoting Junior Firpo into his starting eleven without any minutes with the Under-23s following his most recent injury, and Firpo’s response was a strong advert for cautious comebacks, however frustrating that feels. Ayling and Bamford won’t be able to fix things immediately, but it’s comforting to know help is on the way. ⬢