Charlie Taylor and his golden ticket (for the Calder Valley line) 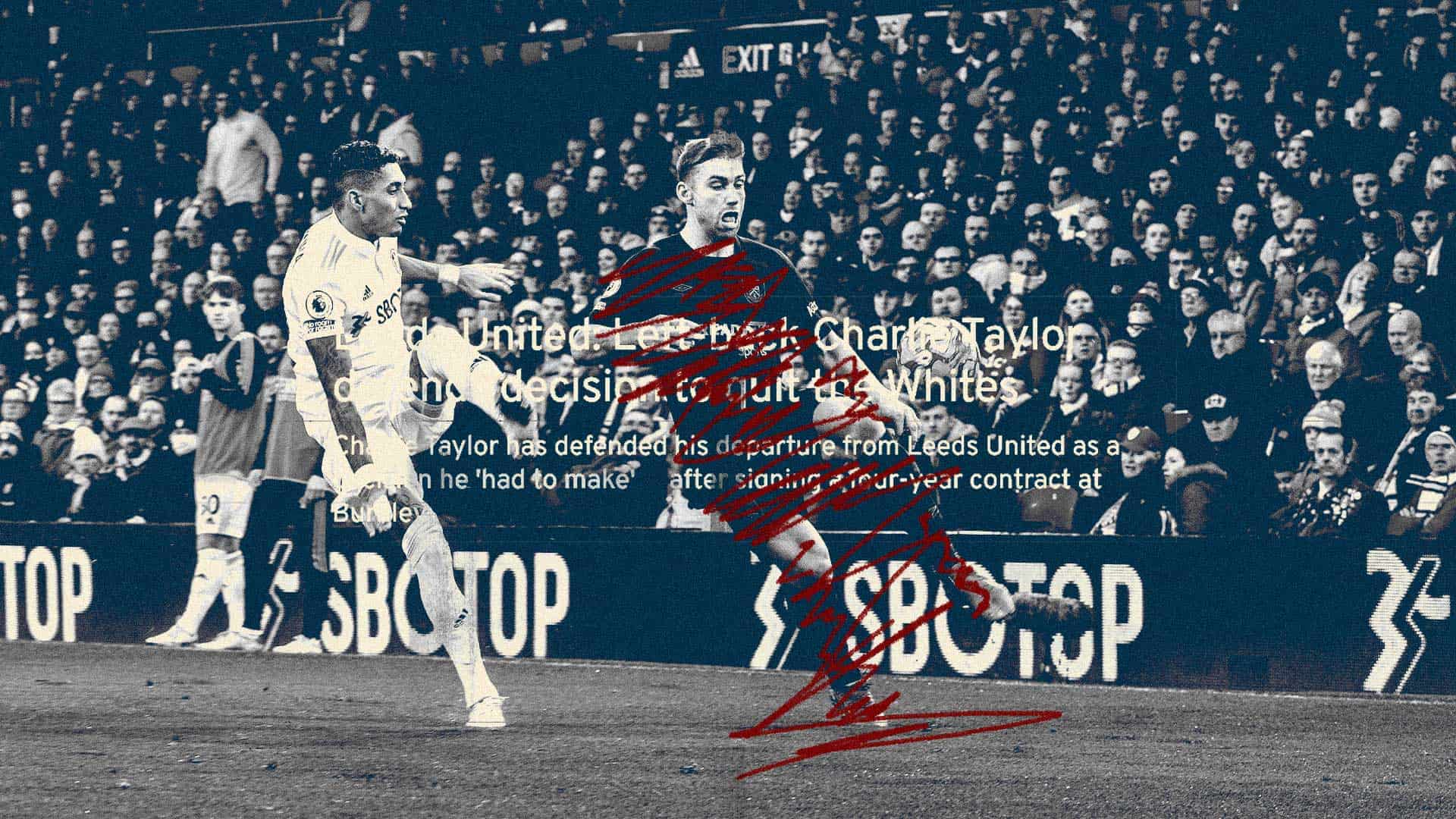 Charlie Taylor doesn’t make a good villain. Truth be told, I don’t really want him to be one either. He came through the academy and was decent. Sure, he was a bit silly at the end, refusing to play at Wigan for fear of injury that could ruin a Premier League move as he ran down his (no doubt undervalue) contract. But at least Taylor knows he was daft, and plenty of other exits left much sourer tastes back then anyway.

Villainy just doesn’t suit a player I’ll forever think of as Little Charlie, one of that loveable bunch of scamps — Little Sam, Little Lewis, Little Alex — who were pretty much the only positive thing about Leeds United under Massimo Cellino. Until he started selling them.

Given the opportunity to throw himself in the way of the hand grenade thrown from the Kop during Burnley’s disappointingly lite posturing after Maxwel Cornet’s free-kick on Sunday, Taylor sensibly ducked out of the way, instead feigning indignation at the crowd, as if he hadn’t been part of Leeds teams subjected to even more vicious scorn from Elland Road’s fans. His memory must have been jogged by the kids sitting by the East Stand touchline, barely old enough to remember Taylor playing for Leeds, calling him a wanker as he was preparing to take a throw-in. At least Sergi Canos was so committed to his put-on malevolence he went down clutching his face after not being hit by an object thrown from the crowd when Brentford visited in December. You’re in the Premier League now, Charlie, that’s the way to do it!

It would be fascinating to know what Taylor’s thinking whenever he plays against Leeds now. When United were on the precipice of promotion during the first lockdown of March 2020, Taylor told the Sunday Mirror:

“As a youngster growing up, all I ever wanted to do was play for Leeds. That was my dream. I loved my time there, but the way it ended was the biggest regret of my career and, if I could go back and change it, I would. I don’t have any regrets about signing for Burnley because I think I was proved right in the way things have worked out for me. I made the decision with my head rather than my heart because I didn’t know whether I’d get the chance again to play in the Premier League. I still live over that way and I get plenty of stick when I’m out in town, but I am still a Leeds fan and I’d love to go back there next season to play them in the Premier League, I really would.”

Have a hundred and odd Premier League appearances for Burnley really been worth the regret or the stick he gets out in town? Whenever I see Taylor playing on TV, whoever is in the commentary team — on Sunday it was his former Leeds teammate Rob Green — mentions how he needs to improve offensively and create more goals. Four assists for Leeds in 2015/16 remain his best tally in a single league campaign. He has four in total for Burnley in the Premier League in what is now his fifth season. If you count the two penalties Joe Gelhardt has won this season as assists, he already has three. Joffy obviously plays in a more attacking role than Taylor, but he’s also a child, over 160 hours of top flight playing time behind Charlie now.

Stuart Dallas and Luke Ayling are former teammates of Taylor’s, enjoying the times of their lives, swapping positions and playing Total Football like it’s 1974 all over again. On Sunday Dallas was nominally Leeds’ right wing-back, trying to recreate his play-off goal against Derby by cutting in from the left and registering United’s first shot on target. Back when Ayling left Arsenal, he gave up on the idea of playing in the Premier League after being told he would never be quick, strong or good enough. It was a similar story for Dallas, who lowered his expectations while combining playing for Coagh United in Northern Ireland with working on building sites after being rejected by English clubs as a teenager. Then they both devoted themselves to working as hard as they can and appreciating wherever it took them. What was Charlie Taylor thinking while Luke Ayling was laughing his head off at buying a free-kick out of him? After five years of conforming to Sean Dyche’s ossification, was Taylor looking at Stuart Dallas, blasting in a shot to thrill the South Stand, wondering why he doesn’t get to do that? It’s difficult not to look at Little Charlie and see the same left-back, neither better nor worse, who left us in the Championship for bigger and better things.

It didn’t have to be this way. In 2005 Aaron Lennon had to go to the Premier League, a young player developing faster than Leeds could keep up, but we were all happy enough to see him back at Elland Road playing for Burnley, after testing himself in two World Cups and the Champions League, experiencing the best and worst of what football can provide. Maybe there’s just something about the direct route from Leeds to Burnley that feels unpalatable. You can go there from Leeds, but not straight there. Go somewhere good first.

Taylor isn’t the only one to make that mistake. Chris Wood was also back at Elland Road on Sunday, providing moral support, looking as glum as he always did scoring goals for Leeds. It was even worse for Bailey Peacock-Farrell, who trod the same cross Pennine trail but missed the reunion. He was busy, losing at Shrewsbury. ⬢