How did Crysencio Summerville decide to score like that from there? 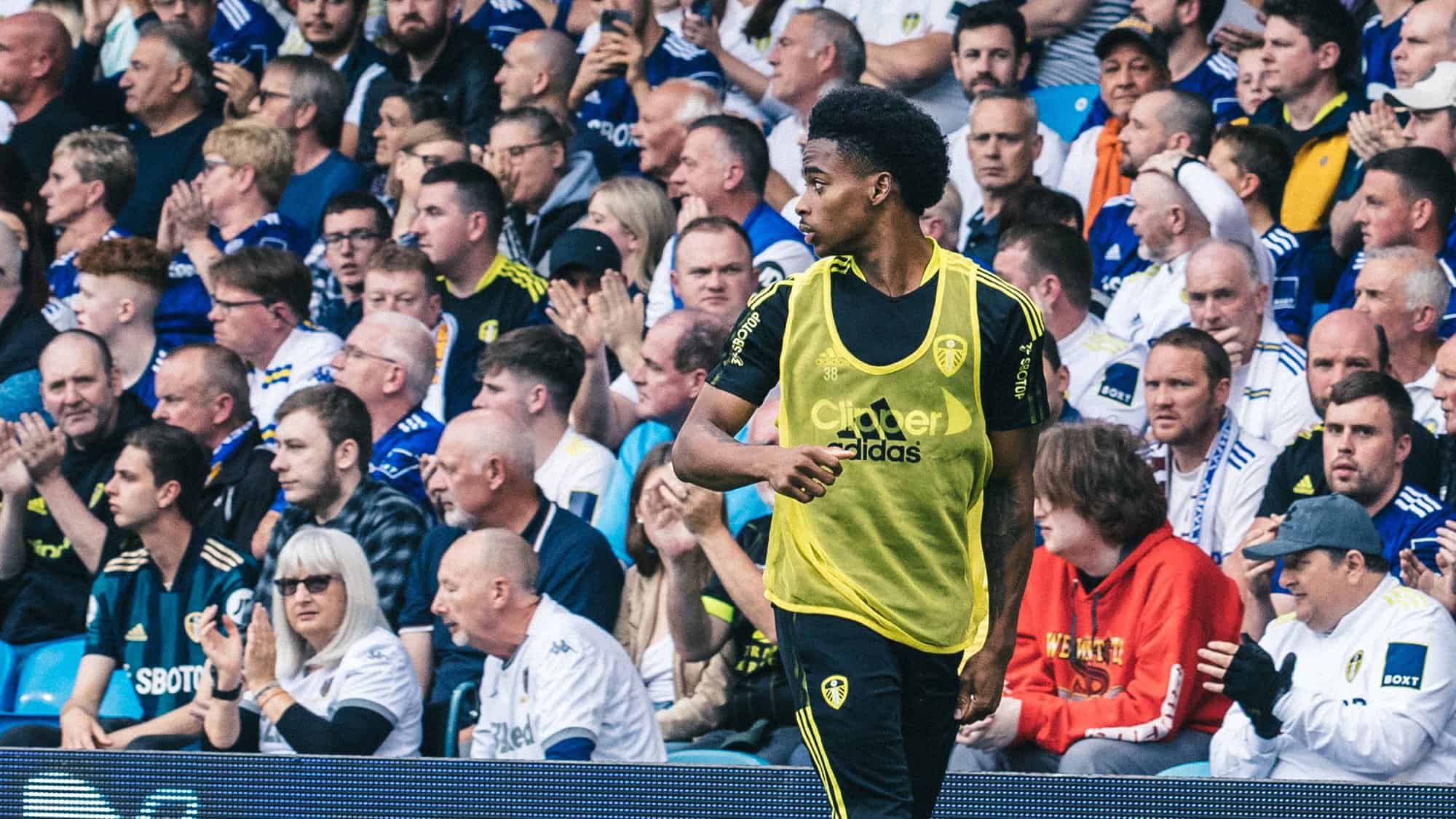 Leeds United Under-23s were missing some of their bigger boys for the Premier League Cup visit to Sunderland, international duty taking Charlie Cresswell, Joffy Gelhardt, Lewis Bate and more away. Pascal Struijk still can’t decide between Belgium or the Netherlands (or Luxembourg) so he was a gangly first-half captain for debutant sixteen-year-old centre-back James Debayo and seventeen-year-old goalkeeper Harry Christy. Both did well but a lack of organisation contributed to Sunderland’s first half lead, which is another way of saying all our lads just stood there while they headed in a corner.

Forget that, because this is all about Crysencio Summerville, who equalised five minutes before half-time with a goal that was immediately sent to Twitter to work the flames emoji as hard as possible:

That’s ridiculous. But how did it start? How did Summerville, getting the ball 25 yards out with his back to goal, decide to take it back towards his own half, turn, and beat the whole Sunderland defence? I’ve slowed down, chopped up and analysed this clip and calculated there is a 1/10th of a second pause when the ball is dropping under Summerville’s control, when he has his palms out like a calm soccer Jesus while the heathen game snakes temptation all around him, and I think that’s when he decides. He’s not going to lay the ball off to one of these other guys wanting a pass. Move away, turn around, beat them all, score.

But it might have been fated even earlier than that moment of serenity, in a moment of anger. A few minutes before this Summerville was stopped mid-dribble by a flag saying the ball was out of play. He wasn’t happy about that, and while players rushed around him to take or defend the throw-in, he stood still, staring upfield towards goal, contemplating: what? Maybe, ‘I’m going to get the ball miles away from this touchline, beat every player on this pitch, and hammer it into the top corner’.

About that finish. Yes the pause to think, the dart into space, the spin and commencement unto dribble are all great to watch, and the unstoppable Summerville slalom into the box is almost his Under-23s trademark now but it’s never less than thrilling. But how about smashing the ball so hard into goal he sends himself spinning and stumbling almost to the grass? I’m not sure that was totally necessary. He could have slotted into the bottom corner from there. But in Gelhardt’s absence, somebody had to be smacking into the top corner with unreasonable force, and today it was Summerville.

His game was soon done as he was replaced at half-time by Stuart McKinstry. Sunderland re-took the lead through Ethan Kachosa, 2019’s Leeds United Academy Players’ Player of the Year, who celebrated by doing a lot of Black Cats badge kissing. Whatever, Ethan! With help from Sean McGurk and very furious Max Dean, McKinstry was Leeds’ best hope of another equaliser in a chaotic second half, in a different style to Summerville’s carnage: McKinstry is a like a winger from the 1950s, a trick and a cross, a trick and a cross, plus some very well taken set-pieces. Unfortunately chances he made kept falling to Nohan Kenneh and goalscoring isn’t his thing, although an overhead kick nearly gave Leeds another on-flames goal to tweet. With ten minutes left Sunderland’s Joseph Ryder got two bookings for stopping two counter-attacks in two minutes, but Leeds couldn’t get through the ten Black Cats’ desperate defending.

Leeds have got a tweet of a great goal and four more Premier League Cup group games to qualify, though, so it wasn’t a bad afternoon. ⬢