Daniel James got a cool assist for Wales 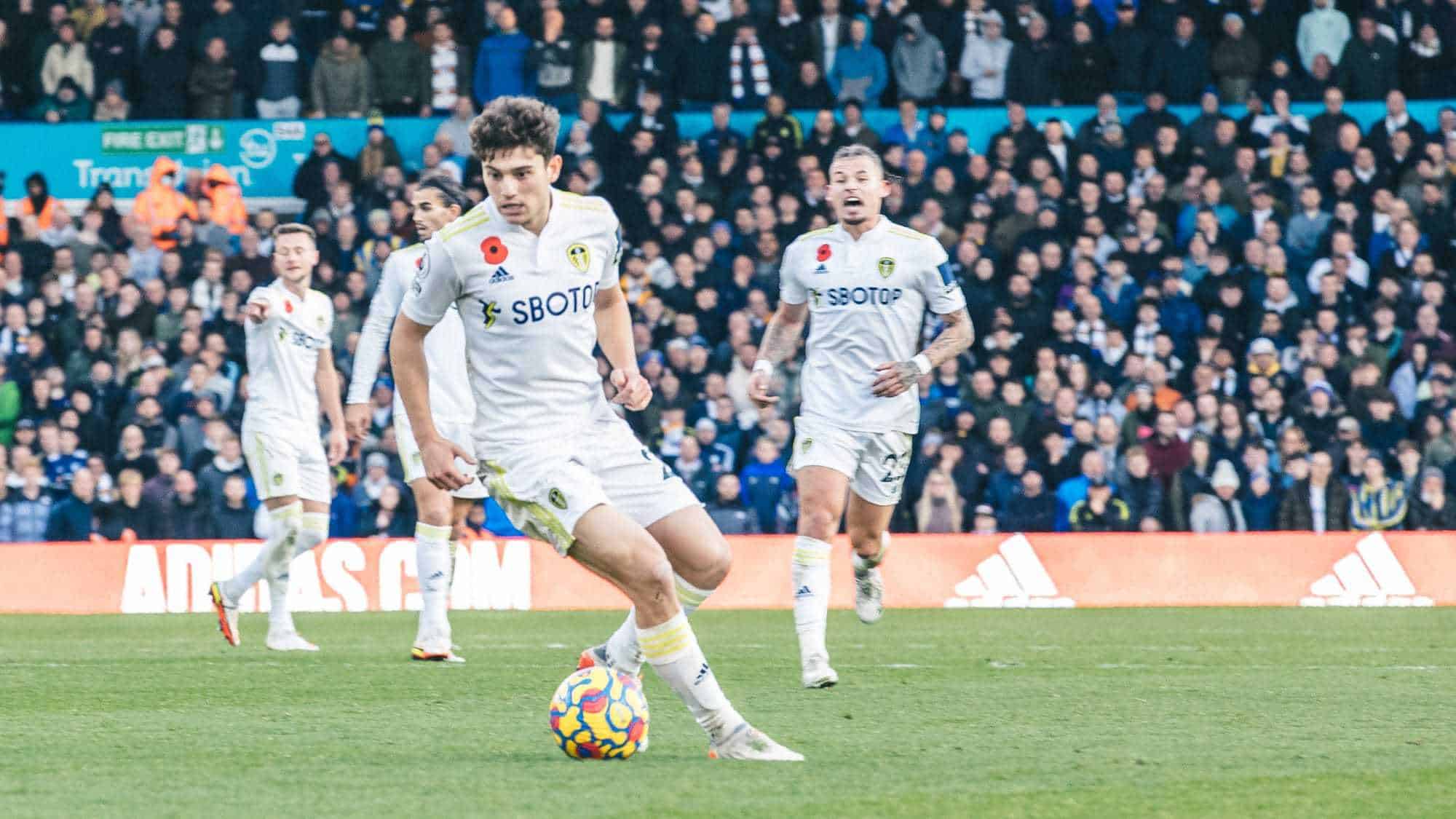 Daniel James did a really cool bit of skill and got an assist in the international football. No, I don’t mean Raphinha! (He was too busy getting decked.) I mean Dan James! It’s not a mistake! Other players can do cool stuff. This was cool for Wales and cool for Dan.

Wales had gone behind early in their final qualifying match, a do-or-don’t game to decide their play-off ranking, against the world’s number one rated side, Belgium, strong Benelux opposition. Kevin De Bruyne scored, Thorgan Hazard casually volleyed off the post and wide, and how were Wales going to defy this with Gareth Bale missing the game injured, with Tyler Roberts left on the bench?

With Dan James’ help, that’s how. Bunny-hopping through the middle then wide all night next to Kieffer Moore, he sprinted inside then outside the right-back to collect a pass on the half-hour. His cross was, let’s face it, awful. But the Belgian block sent the ball back to him and now he attacked the problem like prime Pablo Hernandez. Scooping the ball over someone? No problem, even if it hits them on the way. Now for the control: off the thigh, yep, then bouncing into his chest, eh, it’ll do. Especially compared to the way the Belgies tried defending his cross. High kicks and air kicks and then, as if stunned, they stood and watched while Kieffer Moore picked his spot. Well done Daniel! (Sometimes I like writing those words just to hear them.) Those touches weren’t quite as good as he imagined them but he made the goal happen.

He nearly set up another in the second half, harassing Dedryck Boyata out of a nap, cutting the ball across the penalty area for anyone, but only getting Connor Roberts, who ran up like his tongue was out and his lip was bitten and he was concentrating really hard and corkscrewed the ball halfway to Gloucester.

No worries! James did some more rapid sprints up the left, Leander Dendoncker stopping him with a yellow card challenge, because there were ten minutes left and Belgium weren’t winning and he hated this kid running at him so fast. Koen Casteels had to pull off a heck of a full-length save to keep a powerful Neco Williams shot out of his goal’s corner.

In the 85th minute there was applause for Gary Speed, whose handsome photograph frowned down from the big screens. He’d have been grinning if he was there in body as well as spirit. Wales had a seeded World Cup play-off spot riding on their draw but were enjoying having Belgium where they had them. They even seemed to enjoy the six minutes of stoppage time when Belgium put Wales where, theoretically, they wanted them. In the end Wales didn’t even need to bring T.Roberts off the bench. Dan James’ brave imagination booked the best World Cup route they could get. ⬢