Ian Poveda only got one good week 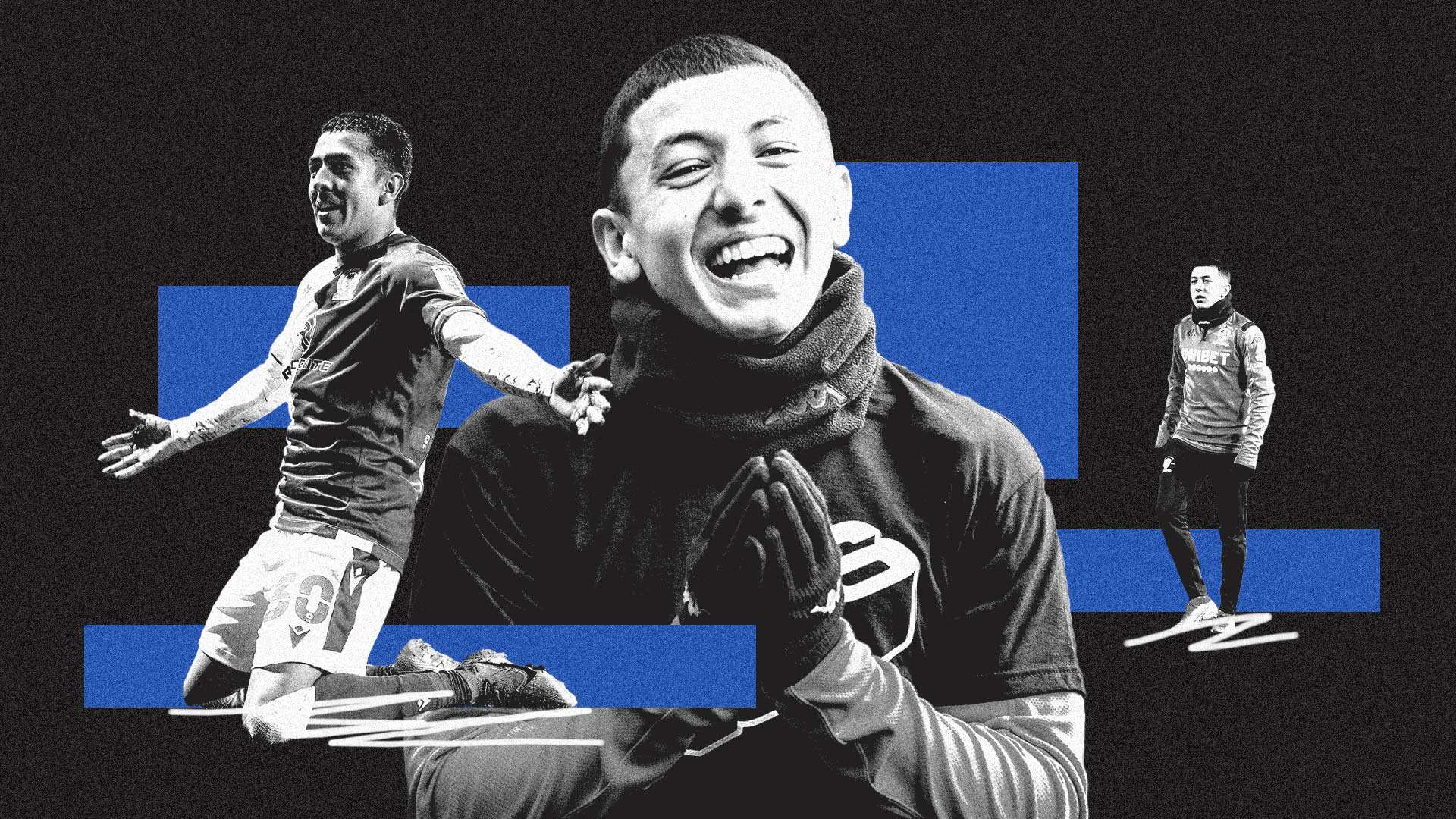 Ian Poveda was brilliant for Blackburn Rovers against Sheffield United the other week. It was a Victorian game, Rovers est. 1875 against United est. 1889, on a wet and windy day in the miserable Lancashire blight where the club motto insists on ‘skill and hard work’ and Ian Poveda gave it to them. Seven successful dribbles, when he’d only managed four in all his games so far, and they were all dangerous and tricksy and even more impressive when, with Enda Stevens on toast, the Blades had to put another defender with him to help. Poveda just buttered them both, skipping between. He got a goal, he got an assist, he was involved in another chance Brereton Diaz should have buried. Rovers won 3-1, the crowd threw their cloth caps in the air, and everyone agreed the little right winger was the player of the match.

One international break later and he was being taken home from hospital in Bristol by his mum and dad, his fibula broken, his ankle ligaments damaged, surgery and metal plates soon to follow. The screenshots of him being stretchered off show someone more miserable than pained, though he was definitely in pain. This was not the plan.

Being at Blackburn at all was never really the plan, but the game against Sheffield was his way of making it work. Poveda didn’t start for Leeds in the Premier League last season but he played fourteen times and that’s solid for a 21 year old. But ten of his games were in the first half of the season, and in friendlies this year he looked like he couldn’t beat a drum. His summer was confusing. It started, Jackie Harrison style, with Instagram videos showing gruelling gym work transforming his tiny torso into a 1:1 replica of a He-Man doll. Then he took that body to Jamaica, got cornrows, and got down on a holiday that was probably less ostentatious than his elder teammates’ visits to the altar of Salt Bae. At least he was controlling his sodium intake, and dancing is exercise! None of this strenuous activity put him into good form, and when Crysencio Summerville ascended, Poveda departed, albeit with Victor Orta loudly insisting this was not goodbye, just farewell. “We feel Ian can make an impact here in the future and we’ve been very impressed with how Blackburn have developed players such as Harvey Elliott at Liverpool. We hope Ian can get some game time and come back to us next season ready to fight.” It’s bleakly funny he should mention Elliott given the state of their ankles now.

The incident that hurt Poveda is arguably worse than Elliott’s, it just doesn’t have the Sky coverage to prove it. Getting the ball on the right, a tackle blocks his path but not his progress; he regains possession and starts dribbling over halfway. Nathan Baker stands in his path and Poveda bounces the ball off him, then they collide, and with his left set of studs planted flat in the turf, Poveda almost drags the big defender down on top of him. This has terrible consequences for his lower leg, which isn’t designed for what’s happening. It’s hard to tell on the only zoomed out footage I could find but there looks like a new right angle where there shouldn’t be one, and that zoomed out footage is as much as I want to see of that. After hiding his face in the grass, Poveda looks at his leg and sees it too, and I think he felt the same way about it.

I don’t know exactly what the rules are about karma but I think Poveda should have been allowed to enjoy the afterglow of his one good game for at least a little bit longer. It hadn’t come easy. After the brilliant Sheffield match, one of his mates hailed Ian on Instagram, saying that not getting more than ‘silly 10mins’ so far from the bench at Blackburn had:

‘…started attacking his mental health. Next thing you know fans on Twitter are talking bad on his name. Not a man works harder than him. Goes training. Finishes training. Then goes to train again. Everyday. Even on his days off he still goes to train. A true professional. Sat & patiently waited for his opportunity to get on the pitch so that he could show what his about and why he was classed as a Wonderkid. He did what he did. Got the goal. Got the assist & showed an insight of what his about.’

Wonderkid is true, but Wonderkid is a problem for Poveda. Chelsea, Arsenal, Barcelona, (cough, Brentford), Manchester City and Leeds United is the career summary of an all time great if you can write it down post-retirement, but when you’re 21, it starts to feel like baggage in a football world controlled by Ryanair. He got his first start for Manchester City standing out in a League Cup side with Phil Foden, Kevin De Bruyne and Sergio Aguero, but if he was all the YouTube highlights showed, wouldn’t he still be at Barcelona instead of leaving City on a free to Leeds? That’s even before we get to a loan into Lancashire, a fate that was never for Foden. Moving from Pep Guardiola’s orbit into Tony Mowbray’s is a pretty clear sign that potential is going to have to be fulfilled the hard way. Was Poveda up for proving himself in the Championship?

Though we maybe shouldn’t read too much into hairstyles, people do use them to communicate a vibe, and Poveda was conspicuously close cropped in recent weeks compared to his frazzled proto-Ayling earlier in the season. (Luke claimed Poveda was trying to copy him last season and join Team Man-Bun.) Wearing 30 for Blackburn in the Championship, instead of 7 in the Premier League for Leeds, can humble you. Getting down to business and rocking the goals and assists is the perfect way to rebuild a rep as something more than kid stuff. The assist against the Blades was great, pointing the way for a pass behind Stevens, flicking the ball across goal on the run where Ben Brereton Diaz could bury it. The goal was even better. Brereton Diaz put Poveda into the penalty area, and his low first-time shot was fumbled by the keeper; Poveda reacted first, getting the ball straight back, wriggling around the goalie’s challenge and slotting into the net.

“It was a very special day for me, very emotional,” Poveda said afterwards. “To score, assist and get Man of the Match, it’s a moment that I dreamed of the night before. Thankfully it came true.” Now Ian knows a bit more about what football does to dreams, and ankles. Maybe it’s Leeds United, always conforming to the factory owner’s curse in This Sporting Life: “He’ll have to learn he has to pay something for his ambition.” Maybe next season — likely the soonest Poveda will get regular games again — football will at least let Poveda’s special moments last longer than a week. ⬢