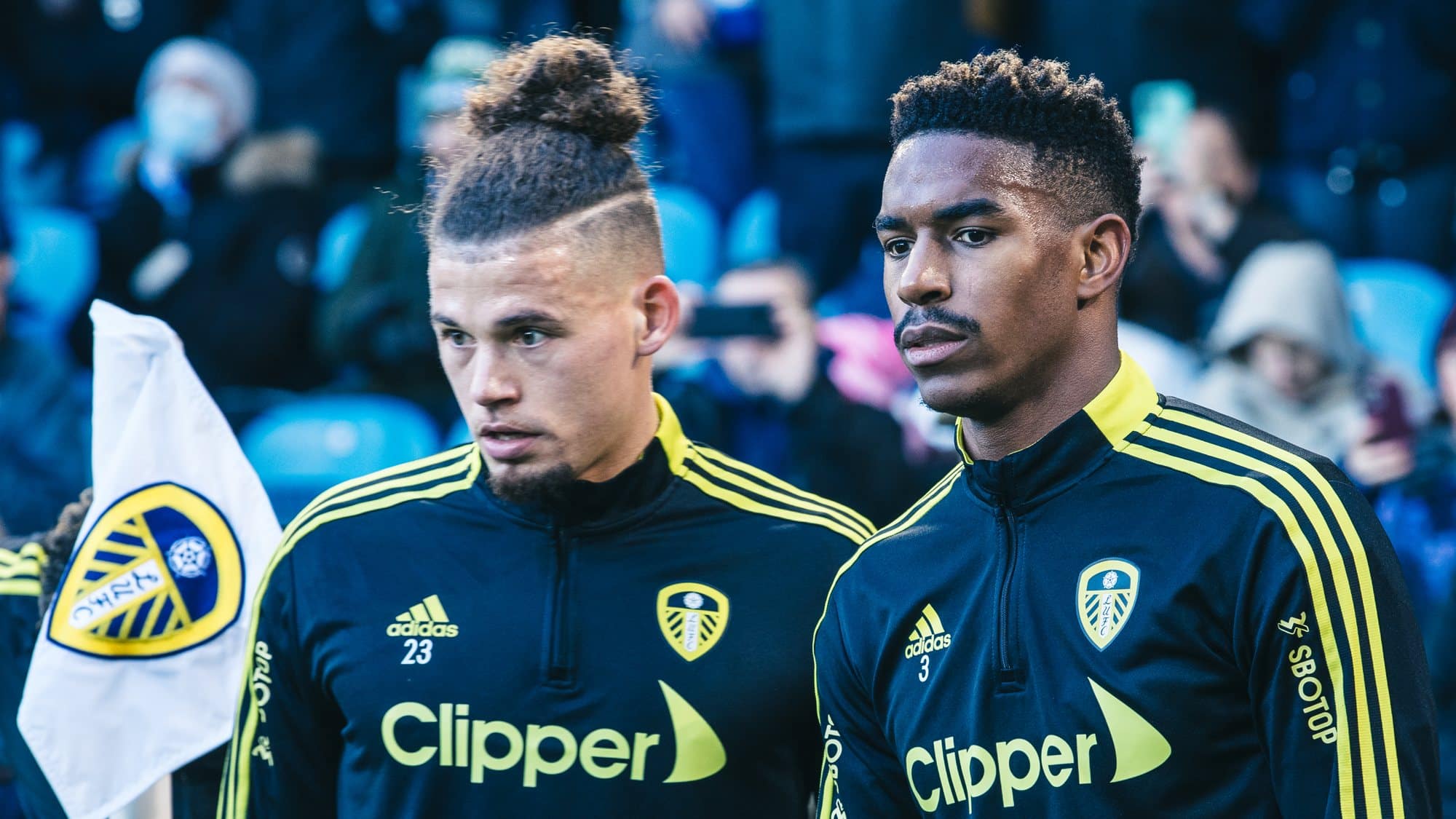 In recent weeks Junior Firpo has been playing better except when he hasn’t, insisting along with what’s left of the squad that the performance in the unfair defeat-and-fine at Chelsea is really what Leeds are about, while what’s been going on the rest of the time is, ah, something else, something they’re trying to put behind them.

“I think I’ve improved a lot,” Firpo told Adam Pope of BBC Radio Leeds, and maybe we can go back to Marcelo Bielsa’s marks out of ten from the end of September and ask if the boss agrees he’s been grading up since. Back then, “I think he hasn’t been able to play a seven-point performance, but he hasn’t also played below a six performance,” said the boss, but, “To give an example, Alioski took a lot of games to stabilise his game and he had been in England for a few years.”

Adaptation was also Firpo’s theme in this interview. Like Rodrigo last season (and this season, I guess), a stuttering start hasn’t helped him.

“The first part of the year, with Covid, the injuries, was a little bit hard for me,” he says. “I think all players that came from another country [feel that], especially from La Liga, because the type of football is a totally different game here in the Premier League, and [laughing] here in Leeds we play different even from other Premier League teams. So it was a little bit difficult, but I feel good now. I think I’m finding my space in the team and the team is finding me better. So I think this second half of the season will be much better for all of us.”

That would be great, please! Firpo says interesting things about the Covid-19 aspect, and how it relates to injuries; that when you’re an athlete catching Covid, it’s not so much the effects of the virus itself — “I think our body may be more ready for this type of thing” — but the inactivity that gets you.

“The worst thing is you have to stop for ten days, doing nothing at home. You only can do bike [work], and some gym stuff, and it’s not enough. And when you come back, the team has been training and playing for ten days, and you are too much below [them]. You have to reach their level so quick, you try to push yourself, and many times you [get an] injury because you try to push your body at the limit to reach the level.”

He also says interesting things about his game. Firpo and football make an intriguing case study, because he’s from among the hushed ranks of players who rarely speak up and say they were never really fans of the game the fans would give anything to play. Back at Barcelona, Junior once said that as a kid:

“I was made to play football so I could make friends. I didn’t used to like playing football. I would finish training each afternoon and come home crying; I would say I wanted to quit football because I didn’t know what it was, I didn’t like it.”

I felt the same way just watching Steve Evans’ Leeds and I was much older then. Firpo wasn’t feeling much joy on the way out of Barca, either, which he put down to Ronald Koeman’s management:

“I came to lose my enthusiasm for football and I realised the importance of family. There were things with Koeman that I didn’t understand, and at certain times he disrespected me and my teammates. I asked him [why I wasn’t playing] and he lied to me. At this point I kept asking him, but he told me things that didn’t make sense, like that I trained badly and contaminated the group.

“Ask whoever you want and see what the other staff members say about me. I don’t know why he thought I contaminated the group, I suppose he was referring to my attitude. I don’t know how a young boy who has just arrived is going to contaminate a group that has won everything and been there all their lives.”

Here comes the Bielsa effect. Remember Adam Forshaw’s sudden burst of note-taking thirst for coaching when Bielsa replaced Paul Heckingbottom, and he realised typing ‘Good wi’ ball and good wi’ out ball’ only makes a dull boy? Firpo, too, has been thinking about football, a sure sign that he’s back in like at least if not in love with what he’s doing, and even if the thoughts he’s having might not necessarily be helpful to Leeds United Football Club in 2022.

“Now I’m twenty five, I know in four or five years I will play as a centre-back,” says Mr Total Football over here. “Because the football is changing, you know, football is changing all the time. The left-backs now are more wing-back than left-back. So I’m not this type of left-back, you know, that makes the reverse and makes a lot of runs. I’m more with the ball, [looking for] the right moment to appear. So I know in the future I will be centre-back for sure. So I am preparing myself.”

That whooshing sound is Stuart Dallas’ heavy sigh, as he trudges across the pitch again because our left-back has turned himself into a centre-back and left a Stuey-shaped vacancy. Pascal Struijk, Charlie Cresswell and Leo Hjelde might have things to say about this, and Victor Orta too, as he opens up WyScout again looking to replace Alioski’s replacement.

Or maybe Firpo is ahead of us all, with games already for Leeds on the left of a centre-back three. He’s looking five years ahead and five years is a long time for tactical trends to develop and player profiles to change. The kind of comfortable patience on the ball he’s talking about is as important for a central defender as a massive forehead and a broken nose used to be, while our own Bielsa has never feared putting midfielders in defence and telling Jackie Harrison to play on all of the left side at once. But until it’s 2027 and Junior Firpo has transformed himself into the new Maldini and is player-managing Leeds United in the Champions League, can he concentrate on being a good left-back, please? To be fair, I’m sure he’s not forgotten about it. Despite all this season’s disruption, and the intrusive visitations from future-Firpo, Junior says he’s fitting in now with the players around him.

“I think for my style of playing, to have Klichy in the left side of attack is really good for me because he’s a technical player, he’s a good player. Or, for example, I have a good relationship outside and inside the pitch with Jack Harrison. I think we share a lot of things and we play in a good way. You know, it depends, we have different types of player. It’s different when when I play with Jack, we try to do more one-twos, we try to touch more the ball, and create danger. When I play with Dan James, I know he’s really fast and I have to give him the ball behind the defenders. So it depends which I have in front of me.”

It’s good that he’s friends with Jackie, and Junior has made himself at home in Leeds to the point that he’s making high production tourist videos on Instagram. He’s engaged to marry and happy, and he’s just what Leeds needed back in the mid-1990s when the Victoria Quarter opened and the city was claiming to be ‘the Barcelona of the north’.

“My family is really good and helpfully my wife [to be!] loves Leeds,” says Junior. “My kids enjoy it too, because they love all the big parks and other places that we can visit. I think we live in a good city. We are really happy here. I think Leeds [has given] me happiness again, because Barcelona was a difficult time. So we are really happy. We are enjoying a lot our time, and we expect to be here a lot of years and enjoy with all the fans, all the people here, because they deserve…”

He ends there, so we’ll never know if Firpo means the people of Leeds deserve to see a good United team or deserve to bump into him in Roundhay Park. I think both would be great! ⬢