Live thru the rain 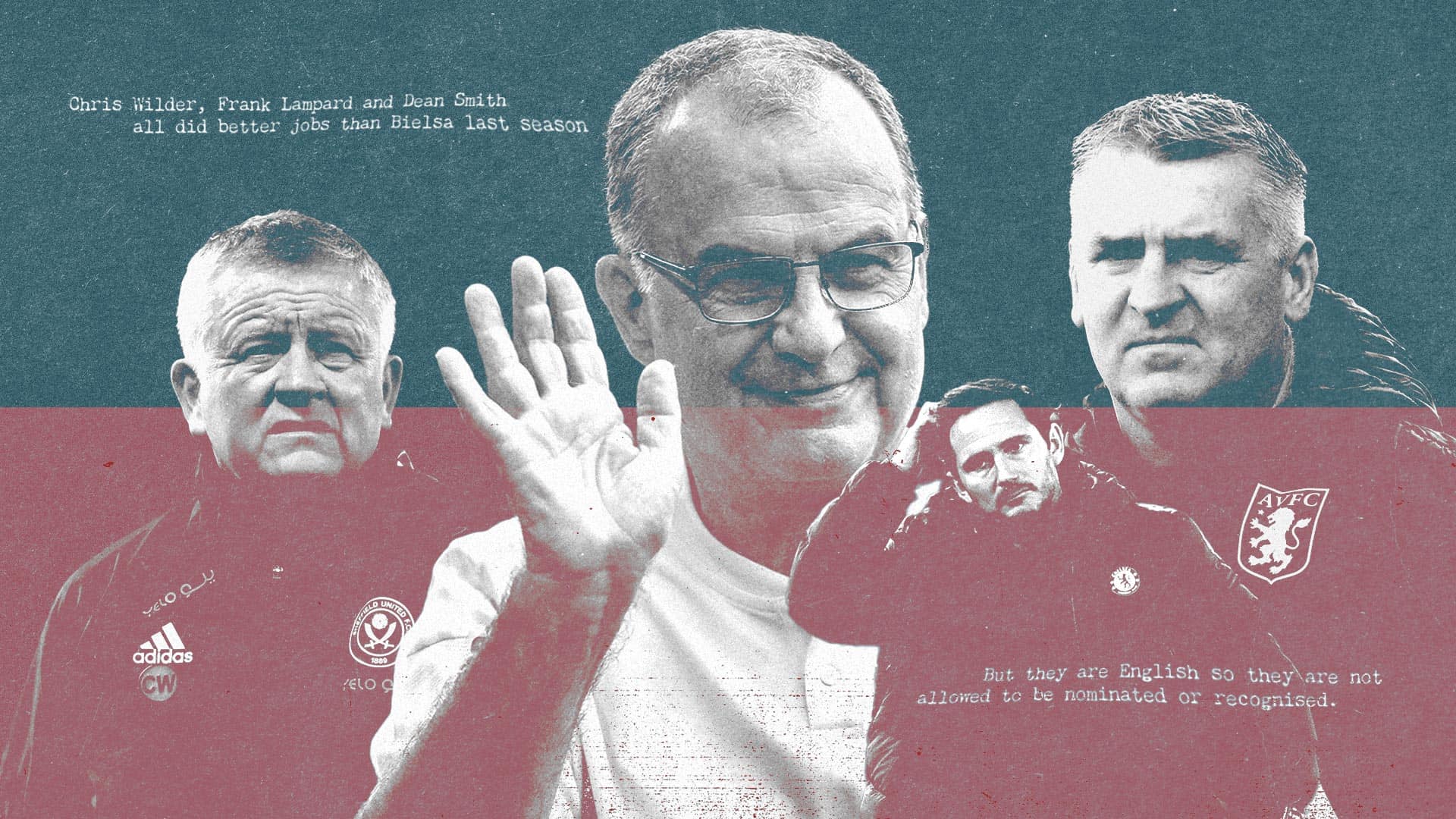 It’s dangerous to gloat at misplaced confidence, especially when you’re trying to navigate similar circumstances without disaster. But now Aston Villa have sacked Dean Smith, I think it makes sense to reflect on how different people react to adversity.

For context, my father is an Aston Villa fan and my step-father is Leeds. This means I have incredible insight into social media misery for two clubs. A rare gift.

In 2020, when Bielsa was nominated for FIFA’s men’s coach of the year, Twitter was awash with outrage. Dean Smith was doing a superior job at Villa and was magnitudes better, or so the Villa fans claimed. Though they only stayed afloat in the 2019/20 season due to an error with goal-line technology, they did improve the following year to finish 11th. Leeds, in their first year in the Premier League, finished 9th. Maths-boffins will correctly argue that 9 is a lower number than 11, ergo, Marcelo Bielsa performed better in his first season than Dean Smith did in his second.

But this isn’t about the comparative performance of either manager, but the backing they each have from the fans.

On paper, Smith was enshrined in so many layers of protection that he looked untouchable. He’s an Aston Villa fan and went to the games as a child. His entire family are Aston Villa fans. That alone holds enormous sway with crowds, when you’re perceived to be one of their own and are given more time and understanding than a non-fan. He took over a side in mid-table, broke their consecutive wins record and got them magically promoted in the play-offs, beating Derby in the final after our spectacular semi-final implosion.

The club recruited well and spent a net £230m across the following two summers. They managed to stay alive in their first season (the major goal, so thanks whoever unplugged Hawkeye) and avoided succumbing to second season syndrome the following year (the next big milestone). Smith accomplished brilliant things for the club and carried them on a clear upward trajectory. Surely he’d have the universal backing of the fans?

Alas not. Many of them expect much, much more. They believe a club with such heritage should be contesting for the top four. They believe fixtures away at Spurs are games they should be winning and any run of poor results, irrespective of the opponent, mean questions are asked of the manager.

Each defeat gradually raised the volume of voices insisting Smith lose his job. Every club has those fans. Even Leeds. You know the type. The ones who instinctively believe any defeat is an invitation for Big Sam to take over and tighten things up. The kind of fan who calls in to TalkSport.

The problem for Smith at Villa was that those voices weren’t the insane minority every club tries to ignore, but a growing majority. Overlooking the trajectory the club has taken under his tenure. Overlooking the performances (rather than the results). Overlooking the difficulty of the opponents. They went from beating Everton (11th) and Manchester United away (6th) to losing five straight games including Spurs away (9th), Wolves (8th, where they played well, led 2-0 but conceded three after the 80th minute), Arsenal away (5th), West Ham (3rd) and Southampton (13th). What mid-table squad fundamentally expects to perform differently?

You could look at a narrow loss away to Watford as a bad result and maybe a draw against Brentford as a fixture you’d expect more from, but these are hardly games driving the wider football community to ask why the Villa board might persist with Dean Smith.

Let’s also not overlook the fact he lost his single best player. The talisman around which the entire midfield was based. The captain who was integral to the way they played and pivotal in their big results. Their win-rate with Jack Grealish was 56% but only 23.5% without him. Despite reinvesting the money on three players, it’s a pretty big loss. And replacing one terrific player with three good players forces you to rethink your selection because while it seemed logical to try and recover the attributes you’d lost, shoehorning three players in to equalise the loss of one is always going to be problematic.

Anyway, I’m not really trying to defend Dean Smith because I have no protective feelings towards the man. The point here — though it has taken me a long time to set up — is that while we’ve watched Villa fans turning on their heroes this season as they sink into the bottom half of the table, Leeds fans have been largely supportive of Bielsa doing the same.

Leeds and Villa are 15th and 16th respectively. We have 11 points, they have 10. Our goal difference is worse and we’ve won fewer games. You could suggest that given we both finished in comfortable mid-table positions last season, we should be reacting to this poor start the same way. But we aren’t.

That’s not to say we haven’t heard more voices being critical of Bielsa recently. We absolutely have. His substitutions have caused more harm than good. We’ve struggled to manage games at times and the hilariously inept defending, especially at set pieces, has been a long-running frustration. We lament the small squad when we’re ravaged by injuries because we don’t have the depth of quality to absorb the change. Social media is always fuming in the heat of the moment after games where these problems have been evident.

But the voices of dissent haven’t noticeably risen in volume. Beyond the intense emotion of the football game itself, there’s been precious little dissent.

Why? Because we aren’t overlooking the injury crisis. We aren’t overlooking the horrific run of games that had us facing Manchester United, Everton, West Ham and Liverpool. We acknowledge that bad luck is a real thing and we’ve been its victim a fair few times already. But more than that, we recognise and adore Marcelo Bielsa for what he has achieved with Leeds United. It will take a lot, lot more suffering before you find the same number of fans calling for him to depart as Villa heard requesting Dean Smith move on.

You can argue about who is the better manager until you’re blue in the face, but Leeds’ continued faith in Bielsa is why he’s still here and every other coach he’s been compared to on social media has lost their job. Someone should write a song about keeping faith. I reckon it’d be good. ⬢