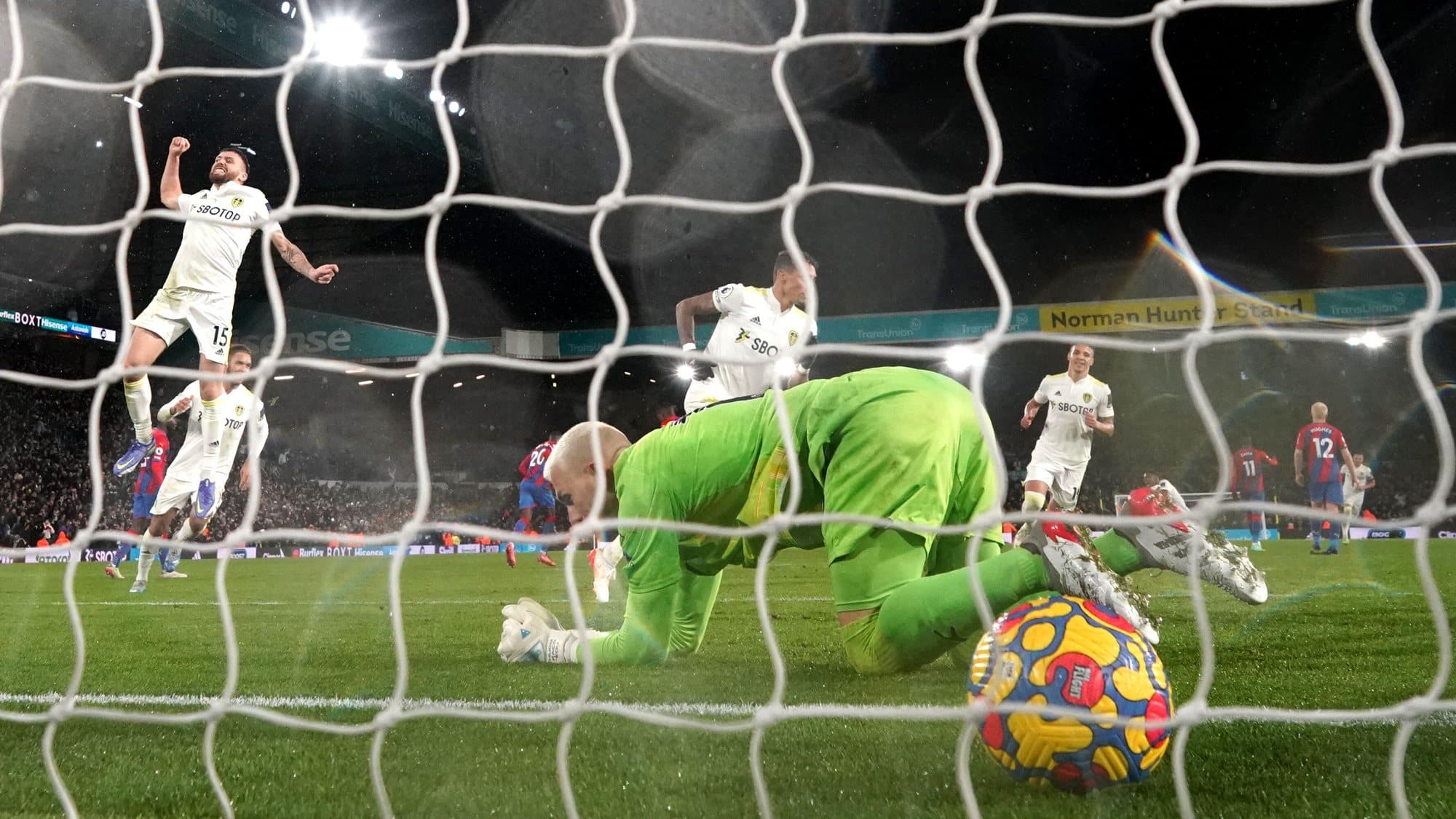 Just over a year ago I wrote an article for The Square Ball magazine called With a Bang. In it, I forensically examined the remains of a Leeds team that had just been beaten 4-1 twice in a row — once by Leicester, then five days later by Crystal Palace.

It had been a humbling week. Riding high off the back of Patrick Bamford’s hat-trick at Villa Park, we welcomed Leicester to sodden Elland Road of the bad pitch times, and started brightly before Robin Koch underhit a back pass, allowing Jamie Vardy to set up Harvey Barnes, who happily opened the almost literal floodgates. Well, we mused, it was a bad night, but Leicester were flying high and moved into 2nd place as a result of the win, so it would be silly for a newly promoted team to panic. Palace, however, were flying no higher than us, so after Jordan Ayew knocked in their fourth, panic stations began to look like more reasonable destinations. How could the footballing gods allow a team coached by Marcelo Bielsa, dreamer and purist, to lose so horrendously to one built on prehistoric rigidity and pragmatism? And if Roy Hodgson could do it, what did that mean for the rest of the league? Had all the positivity of the early-season games been pure delusion?

No, it hadn’t. These were painful losses, sure, but still just losses. I ended that article by saying I’d watch a thousand more if it meant we still played the game as Bielsa saw fit. Ask me now and I’ll give you exactly the same answer, with a slight caveat.

By the fourteen game mark last season, we’d won five. We’d blown Fulham away (kind of), sucker-punched Sheffield United, embarrassed Villa at their place, slugged it out with Everton, then decimated Newcastle. All while playing a brand of football pundits everywhere were calling ‘unsustainable’ and ‘naïve’. So what if we lost a few games here or there? We were the most exciting team in the country, and all the right people were hating it. Even our losses were spectacular. Who loses a game by four goals and still comes away with praise? By comparison, as of Tuesday night, we have three victories in 2021/22: a 6-0 win against Watford we somehow turned into 1-0; 2-1 against a Norwich team that should have been put to bed easily but kicked and screamed until they tired themselves out; and our most recent outing which, to its credit, was much improved, but still needed a penalty at the death to get the three points we deserved. Important results, sure, but very little of the verve and excitement that came with winning games a year ago. Too many times we haven’t looked anything close to a ‘Bielsa team’, and it becomes a lot harder to stomach losses when you can’t have that obnoxious pride in the way your side approached the game.

And yet, for all the disappointment in our performances so far, we find ourselves just two points away from where we were after last season’s fourteenth game: the 6-2 defeat at Old Trafford in 2020. We’ve conceded ten fewer goals. We’ve already given Premier League debuts to five academy players because of injuries, played ten games without our top scorer, and still lost fewer games this year than at the same time last season.

More relevantly, we’ve managed to exorcise the ghosts of those two 4-1 defeats, the ones that gave fuel to the harbingers of unsustainability. Leicester, fresh from a summer of solid recruitment to an already impressive squad, were unable to break us down like they did so devastatingly a year ago. We had more possession, more shots, more passes, and but for a momentary lapse in concentration (and a belter of a goal, to be fair), may even have taken all three points. But if taking one point from Leicester felt like an improvement, beating Palace felt even better. They had delivered the real kick in the teeth with their victory at Selhurst Park: battering us upstart newcomers and our fancy, foreign football with a good old-fashioned English performance. Monday night’s win, though significantly less comfortable than our last home meeting with Palace, was heartening proof that, even when not firing on all cylinders, Leeds aren’t here to be rolled over. Even while everything has felt wrong, the team has evolved into something more formidable, tougher to break down, more ‘immovable object’ than ‘irresistible force’. Somehow, being worse has made us better, sort of.

What do we take from all this? Have any of our criticisms of this season been valid, given how similar our points total is to where we were last year? Are we still allowed to hark for the days of 4-1 defeats in the midst of pure Bielsaball? Or should we take valuable wins and statistical improvements when we can get them and stop complaining altogether?

For me, it’s a much-needed reminder that football is, for lack of a better word, a clusterfuck at the best of times. We discuss players and coaches as if they were robots, incapable of errors or dips in performance, but in reality there is so much more behind how a football team performs on the pitch than tactics and preparation. There are so many variables that we as fans simply don’t have the capacity to take into account, instead doling out praise and scorn on individuals as we see fit, depending on whether they got their balance right in a split-second on a freezing weeknight in front of 40,000 spectators. Watching Stuart Dallas jump and punch the air in pure delight after his gargantuan effort against Wilfried Zaha, you could almost see the pent-up frustration escape his tired, soaking body. After weeks of mental and physical exhaustion, while he secretly dealt with the loss of a close friend, all while being questioned for his not-quite-right performances (yours truly included, regrettably), it must have felt incredible to release those emotions the way he did, in front of some who would have been bemoaning his drop in form just a few weeks ago. Many would, and often have, wilted under that pressure and scrutiny, just as this team could have after those consecutive losses last year, but as he so often has, Dallas symbolised the grit running through this side on Tuesday. It might not be perfect all the time, and you might have to throw your head at the ball on the ground every now and again, but Leeds won’t stop working until they get it right. ⬢