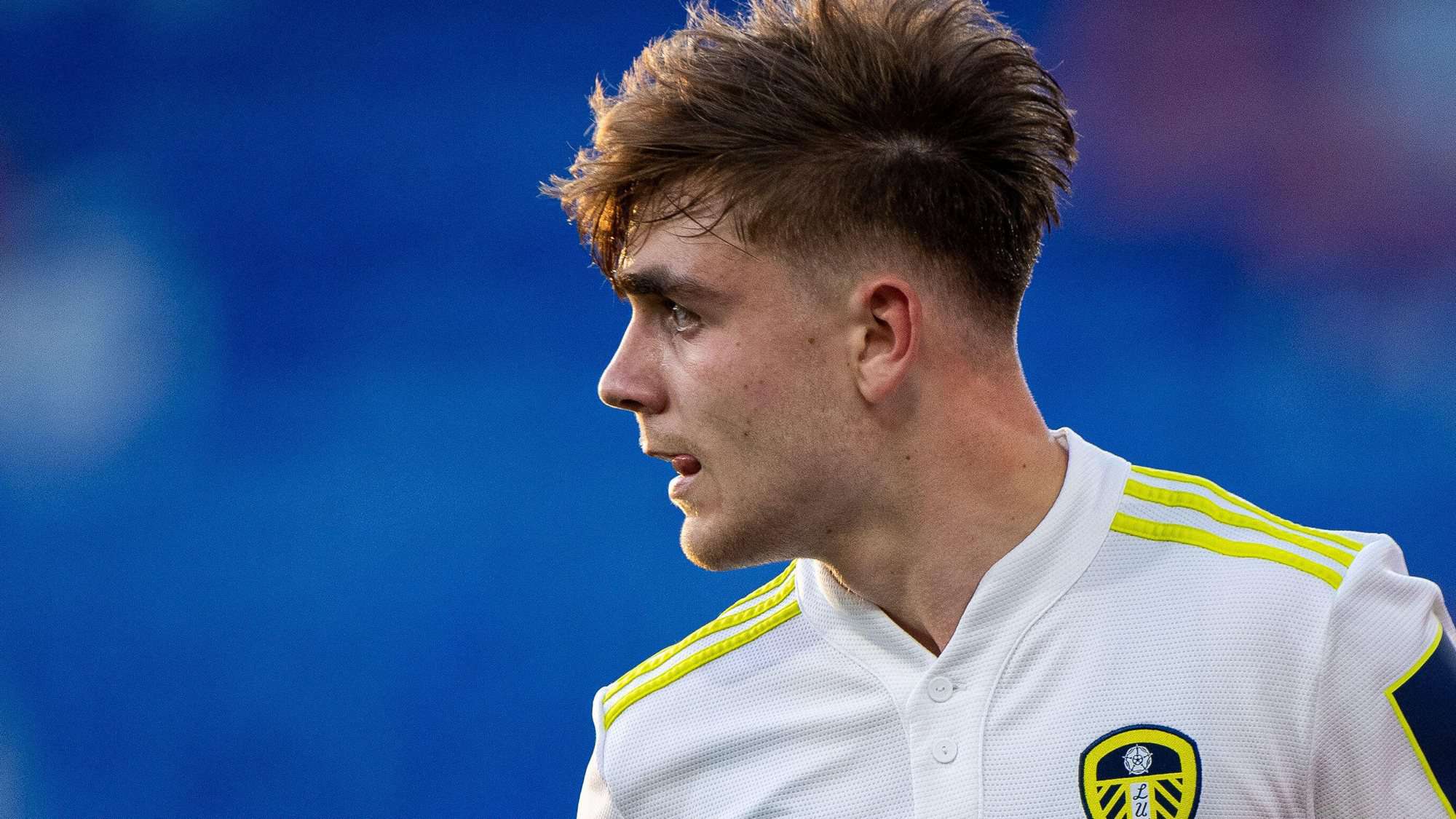 Perusing the teamsheet before this game, Tyler Roberts’ haters fumed that he’s now even keeping Joffy Gelhardt on the bench in the Under-23s, not to mention forcing new Alan Smith, Max Dean, out to the wing where Smith went in the end. Otherwise all quite normal, no Junior Firpo picking up the minutes Marcelo Bielsa says he needs, no Charlie Cresswell because presumably too important to the first team, Sam Greenwood playing after captaining England Under-20s and getting pushed up to the Under-21s and getting a goal, and Chelsea, let’s look at Chelsea — oh my actual god is that really Lewis Baker!?

Yes it actually is our former loanee Lewis Baker himself, now aged 26, venerable by default in Chelsea’s Under-23s, continuing his career mission of mocking all those 5,000 word analytical essays from five years ago when he was scoring free-kicks with either foot for Vitesse. After Marcelo Bielsa bewildered everyone by lamenting the Luton Pirlo’s decision to leave Leeds halfway through his loan, Baker finished that season with Reading, then did a year in the Bundesliga with Fortuna Düsseldorf (eight games) and a year in Turkey with Caleb Ekuban at Trabzonspor. Now he’s back at Chelsea with just a decade or so left on his contract.

(To complete the record of our summer 2018 Chelsea contingent, Jamal Blackman, now 28, moved to Los Angeles FC in MLS this September, where he’s played eight games, but where head coach Bob Bradley is now leaving. 24-year-old Izzy Brown’s Chelsea contract expired this summer, when he signed for Preston, talked about getting into the England squad then ruptured his achilles. Pat Bamford plays for Leeds United Football Club, England and the ozone layer.)

Baker got an assist and a goal here but without much effort. Chelsea’s first half goals defy description because they were so boring. Defender Xavier Mbuyamba headed in a corner taken by Lewis Hall. Then he headed in Baker’s free-kick. Whatever, he’s six foot five, you can’t make me care. It was more interesting when Kristoffer Klaesson executed a penalty box dummy to nobody except the devil on his shoulder telling him to let Chelsea score, but his guardian angel helped him back to tackle before Chelsea could tap the ball in.

In the first half Chelsea dominated the ball and dominated their old boy Lewis Bate, to make sure he couldn’t get that ball, meaning more responsibility for the midfielder next to him, Archie Gray. The drawback there was Gray’s age, fifteen years old, but just when you’re worrying about him at this level — he’s eleven years younger than Lewis Baker and still at school — he’ll hold off a defender, turn him and skill a backheel towards the corner flag for Amari Miller’s overlapping run. Gray won the penalty that got Leeds back into it just before half-time. Running from deep as a surprise recipient of Leo Hjelde’s through ball Gray got blocked off, and Roberts sent the goalie the wrong way, rolling the pen in low.

Half two: Greenwood and Roberts went off, Joffy and Charlie Allen came on, and another Chelsea Xavier, Simons, ran unchallenged through the middle and fired over the bar, a kind gesture. A minute later Nohan Kenneh was beaten by right-back Brodi Hughes who turned up in attack, turned inside, aimed his shot at the top corner, and Klaesson did a really good diving save.

Leeds got more into the half near its halfway point, Bate sliding a pass down the channel for Miller, whose shot didn’t quite make it, so Gelhardt made the best of things by sending a defender airborne and getting a yellow card. Miller was the main wide attacker, because Dean on the other wing is a striker, but Max made his case by running in off the right with the ball and shooting at the keeper. His wishes came true when Gelhardt’s planned-looking half-hour ended and Sean McGurk subbed the sub, went to the wing, and Mad Max went to no.9. The pair of them set about the Chelsea defence with great anger and diligence, and overhit passes. Lewis Bate started a counter with a tackle in midfield, but McGurk couldn’t get the right weight for Dean into the box, or then for Kris Moore to the byline.

Chelsea stood off while trying to secure the win, Baker tapping three yards passes in the centre circle until Leeds took the ball away. That all gave Bate space to send dictatorial statements from deep, assisted by Leo ‘New Van Dijk’ Hjelde doing New Van Dijk things from left-back. There was a chance Leeds were getting back into it, so with three minutes left it was prime time for the referee, one Aaron Jackson, who once sent off all Yeovil’s ballboys, to give Chelsea a penalty against Charlie Allen for absolutely nothing, and Lewis Baker to blast that in for 3-1. That’s Chelsea U23s’ first away win of the season, while Leeds are still without a home one, and it was Lewis Baker’s third goal of his season, including one in the Papa John’s for the Under-21s. I still bet seeing Bamford was the best part of his day. ⬢