The 512 days between David Batty’s second goal for Leeds United, on 7th September 1991, and his fourth and last, on 30th January 1993, come close to being the most prolific goalscoring spell of his career.

There was a post-Leeds hot streak of five goals in 804 days for Blackburn and Newcastle, an average of one every 161 days, compared to a 171 day average for Wilko’s champions. As ever when we find something good in Batty’s mid-career time away from home, we have three options: ignore it, claim it because we only ever let Blackburn and Newcastle borrow him, or find a way to disprove its importance. 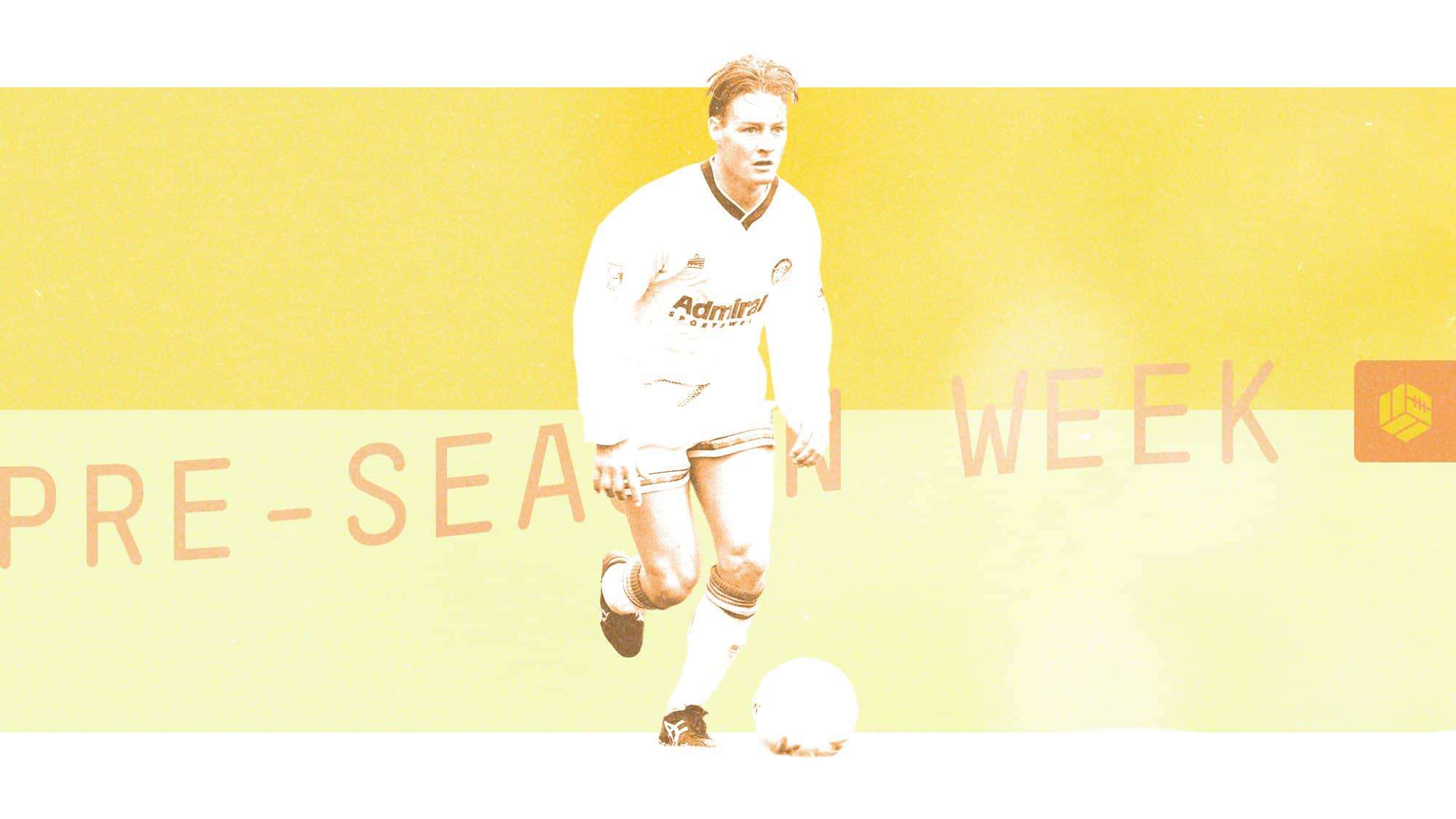 I’m going for the third option, because there was another goal in that run at Leeds that, if counted, smashes his average down to a scintillating 128 days. And I’m counting it because the 1991-93 goals are served with a joyful side of characteristic Batty rebellion, so I can.

Goals were always seen as Batty’s weak spot, but there were a few in the reserves during his ascent. There was one against Blackburn in February 1987, and I’ll pause here to point out that Batty’s first goal for Newcastle was also against Blackburn, who he’d just left. I bet everyone at Ewood Park was very grateful, Batts! He added the second in a 2-0 win over Bradford in November 1987, one of those days when Gary Speed and Simon Grayson were watching from the bench, then in April 1988 he made it 8-2 to Leeds in a 9-2 defeat of Grimsby, so many goals flying about he probably thought he might as well. Grayson had made it 7-2 and Batts couldn’t have Larry scoring, could he? Even John Stiles had got one.

Batty had got one for the first team by then, in a 2-1 win at Manchester City on Boxing Day 1987. Again, let’s just appreciate Batty for scoring his only goal for Blackburn against Manchester City, also on Boxing Day, in 1995. His second first team Leeds goal was also against City, and we can’t be sure with Batts that this wasn’t all planned.

The gap between his first and second Leeds goals was 1,351 days, and when he eventually swiped the ball in at the Kop end in September 1991, it was celebrated like the second coming. Tony Dorigo still tries to tell people about scoring a 25 yard volley that day, but he knows nobody cares.

Batty’s next goal, a mere 147 days later against Notts County, was better than any of them, or any other goal you can think of. Okay, Robert Snodgrass scored some good ones and Lionel Messi I suppose, but they were both supposed to. David Batty was supposed to win a tackle in his first half as Leeds cleared a corner. But he was not supposed to then run seventy yards upfield with the ball and smash it across the penalty area into the top corner and go running to the Kop end with his hand in the air. He had a taste for it now, and although it was 364 days until he scored again, getting into Middlesbrough’s box to finish a replica of his previous season’s goal against City, this time at the South end, it was beginning to seem like we could expect a goal or two every season from Batts.

What was behind this sudden flip from goal-shy to goal-crazy? I think it’s simple. In 1990/91 Batty was forcing his way into the England team, but international manager Graham Taylor, Leeds boss Howard Wilkinson, and every pundit who declared an interest, said he should be scoring more to earn his place. He was playing an advanced midfield role in a 4-4-2 alongside Gary McAllister, and there was no excuse — for the pair of them, in fact — for not shooting and scoring more (McAllister only scored two in the league). Batty acknowledged in the press that he had a good shot in training and should probably be getting a few goals, and tried a couple of long-rangers in the next couple of games. Then he got bored of that, and I imagine Wilko’s patience for cultivating the attacking side of Batty’s game ran out. For 1991/92 Wilkinson made a change, using Batty more like Marcelo Bielsa uses Kalvin Phillips, keeping him back, shielding and dropping between the centre-backs. It worked: champions Leeds scored more, and conceded ten fewer goals from four extra games in the enlarged division — let’s do the averages, 1990/91 was 1.2 goals per game, 1991/92 was 0.88 — and signing Dorigo helped too.

But Batty didn’t like it. He says in his autobiography that in later years he came to appreciate gratitude from centre-halves for his protection, but aged 22, he wanted to be buzzing around all over the pitch. He also never liked Wilko’s training or being told what to do. He did what he had to do for the team, and Leeds won the league with Batty as the Evening Post player of the year, even though he thought he’d played better the season before. But, after being told to give up on attacking and trying to score, that his job now was to stay back and defend, what else was going to happen but Batty bursting into opposition penalty areas and scoring two in one season, plus another in the next? ‘The rebellious streak was always a feature of my make-up,’ Batty says in his book. ‘It is a stubborn form of resistance to authority.’ See also his return to Leeds, when fans hoping for a goal howled good naturedly at him to shoot whenever he had the ball. Batty didn’t care for that so he took even fewer shots than before.

It’s not surprising, then, that the goal tipping 1991-93 into a career-best strike-rate happened when nobody was watching. Well, not quite nobody, but Jim Beglin’s testimonial match against his former club Liverpool had been gazumped by the Charity Shield three days earlier. Leeds won that 4-3 in front of 61,291 at Wembley, but let Liverpool take 4-1 revenge in a ‘half-paced’ match watched by 8,492 at Elland Road. Howard Wilkinson wasn’t even there, away scouting Stuttgart, which might have given Batty the licence to push his luck.

There he was: the rare treat on the scoresheet. Half-time substitute David Batty, in the 78th minute, putting either a long range strike past new million pound Liverpool goalie David James, or a rising ten yard shot, depending on which report you prefer and what your imagination suggests. Batts was having a heck of a summer, winning the First Division with Leeds, playing for England at Euro ’92, then scrapping with Roberto Mancini in the Makita Tournament. A goal was the only thing missing, and because he scored it while the least number of people were watching, until somebody comes up with a video we can think what we like about it. Let’s keep the ‘rising’ part and quadruple the yardage. A forty yard netbuster past a future England ‘keeper!

Yes, for this goal to count towards Batty’s career records and overtake his Blackburn/Newcastle exile, we have to bend a statistical law and include a testimonial, while hoping he didn’t get any in friendlies for his other clubs (no, I’m not checking). But items of Batty trivia are often interpreted like discoveries of religious antiquity, so I’m embracing this one and putting it into football’s ‘up there’ gallery, up there with his goal for the juniors against Hong Kong Under-21s in 1986. ◉