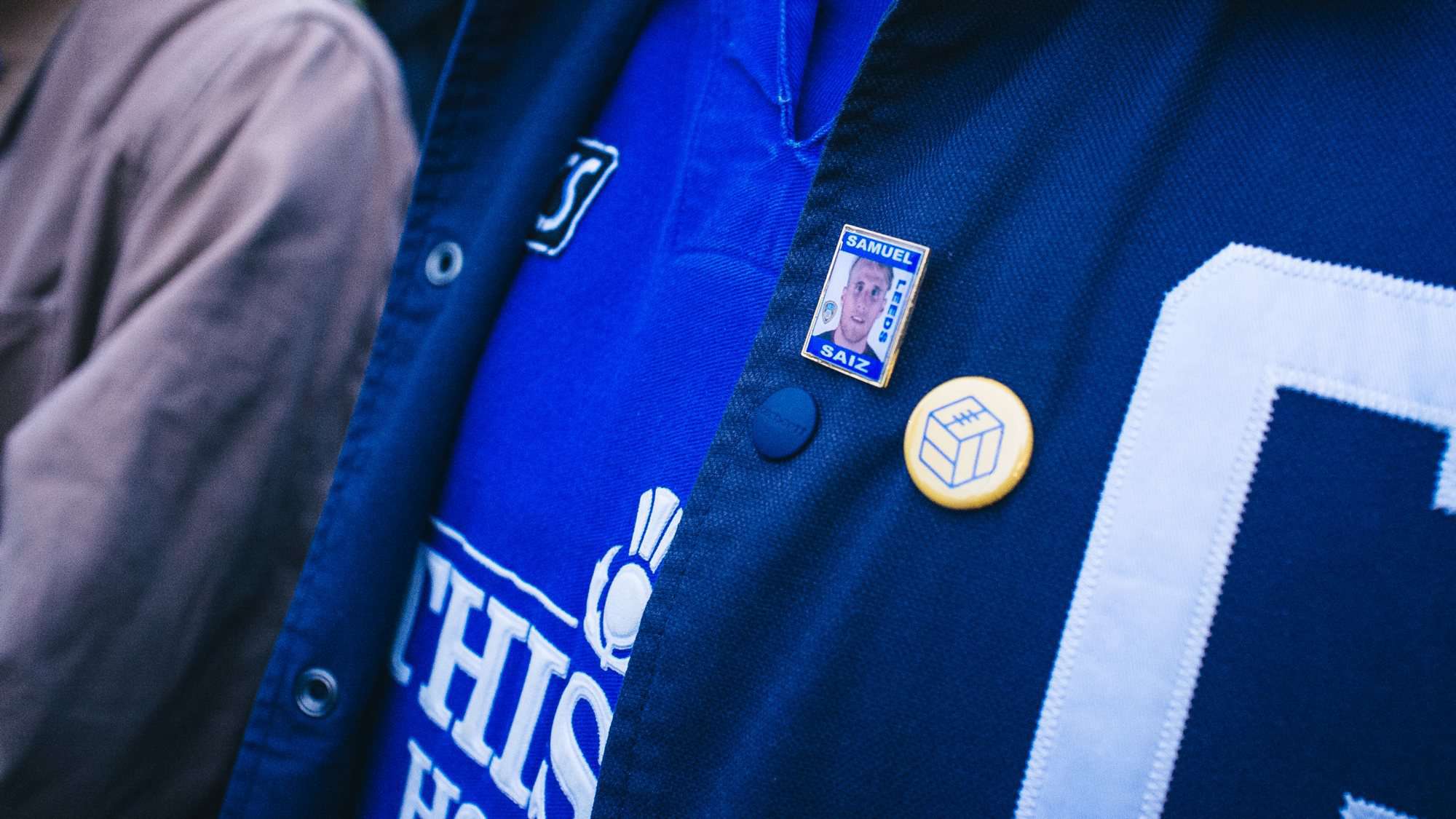 I’m sure lots of new year resolutions going into 2022 are concentrated on limiting the constant tyre fire of notifications that obscures the loved ones (Bielsa, Stuart Dallas) on our phone screens, blocking all the alerts that, although the word’s meaning has become detached from urgency, are still as stressful as ALERTS ever were.

But I for one am still making sure my phone can inform me as soon as possible after Samu Saiz has scored a goal, just in case when I go to watch it turns out to be a really cool one. And I’m delighted to be able to tell you that Madrid’s answer to Ross McCormack controlled a ball on the edge of the penalty area this weekend, looked up, and with hardly any wind up he snapped the thing right into the top corner to win the game for Girona.

“I shot the ball in a hurry and with my eyes closed, but I was lucky that it went into the goal,” Samu said afterwards. It’s a very good goal to open our eyes and look at, and gets bonus points for being against Huesca, the club he left for Leeds, with extra marks because it’s the second time in recent seasons he’s scored the winning goal for Girona against his former club. Last time out it was in the 94th minute, this weekend’s was just after half-time, and he’s had the grace each time to try keeping a lid on his celebrations, earning himself a standing ovation when he was subbed off this weekend. Although that will only work for so long if he keeps scoring against them. He did score this incredible goal for Huesca against Girona back in 2017, although they still didn’t win that game.

The other key differences from last season to this are that Girona have changed their kit, introducing more blue and thinner red stripes so they look like they’re slinging milkshakes in a themed musical about drag racing in the 1950s, and Saiz has changed his squad number from 14 to 10. But for the third consecutive season Girona are pushing for the play-offs and promotion to La Liga, after two agonising near misses. In 2019/20 they reached the final, against Elche, and the tie was goalless an hour into the second leg at Girona when talismanic Uruguayan international striker Cristhian Stuani got a red card; even then, it wasn’t until the 96th minute that Elche scored, and the 100th when the referee finally blew the whistle on the Gironistes’ hopes. Last season Girona won the play-off final first leg away to Rayo Vallecano 2-1, but two first-half Rayo goals in the second leg — while Saiz and Stuani were on the bench — cost them promotion.

Ex-Middlesbrough striker Stuani has been the one putting up numbers. He scored 21 and 19 in Girona’s two top-flight campaigns, then 31 and 10 in the last two seasons since turning his back on interest from Barcelona to try pushing for promotion, plus 14 so far in this one. You have to knock a few off for penalties, but this season he’s got eleven in open play from twelve starts and seven sub appearances. He’s 35 now and while he’s mastered the Segunda it’s hard to see how a future Girona side gets promoted without his goals if they don’t make it this time. Saiz has been contributing — two goals and two assists in 2019/20, three and three last season, a goal and two assists so far this term , averaging 1.73 key passes every ninety minutes over the three seasons — but Stuani is such a deadly finisher he’ll score anything given to him by anybody, nine players getting at least one assist this season, thirteen last, fourteen before that, while he’s the only one breaking double figures on goals.

For a full picture of Saiz’s post Leeds career I should mention there’s only been one red card, away to Fuenlabrada this past Hallowe’en, when a rash tackle to stop a break in the 83rd minute might have earned a booking, but going forehead to forehead with Nahuel Bustos and sending him tumbling turned it into a red. Bustos got a yellow for his reaction, and avoided a few Samu punches and/or spits when, as our old pal swayed drunkenly towards him on the floor, someone got Saiz round the waist and he went limp like a ballet dancer miming a faint. Less than ten minutes earlier Fuenlabrada had Jacques Dago ordered off five minutes after coming on, and before the end Girona had Jairo Izquierdo sent off while giving away an equalising penalty, and sub goalkeeper Adrián Ortolá red carded, before Stuani won the game 2-1 anyway in the 96th minute. Chaos! But these two teams have history. In 2019/20 Fuenlabrada’s midfielder Cristóbal was shown a red card for a foul, then the ref VAR’d it and downgraded it to yellow. Cristóbal was finally retrieved from the changing rooms and trotted back onto the pitch, where he walked straight into a forehead-butting argument with Álex Granell, was shown a second yellow, and ordered off again.

Comparing Saiz to McCormack earlier wasn’t strictly accurate. Ross never played in the Premier League, but Saiz’s La Liga dream has come true, playing the rest of the season after leaving Leeds with Getafe, the club who gave him twelve La Liga minutes as a youngster. Second time around he helped them climb to 5th and qualification for the Europa League, putting a nice swerver into Real Sociedad’s top corner, but not doing enough to earn a permanent move and European football. But back before he came to Leeds was another Segunda play-off defeat, a semi-final with Huesca — to Getafe — and all his potential is still bubbling more than boiling. He’s thirty now, and if he wants the glory of promotion and the chance of a full year at the top, I suggest sticking the ball in Stuani’s general vicinity as much as possible for the rest of this season, while he still can. And into the top corner whenever he wants to cheer me up. ⬢