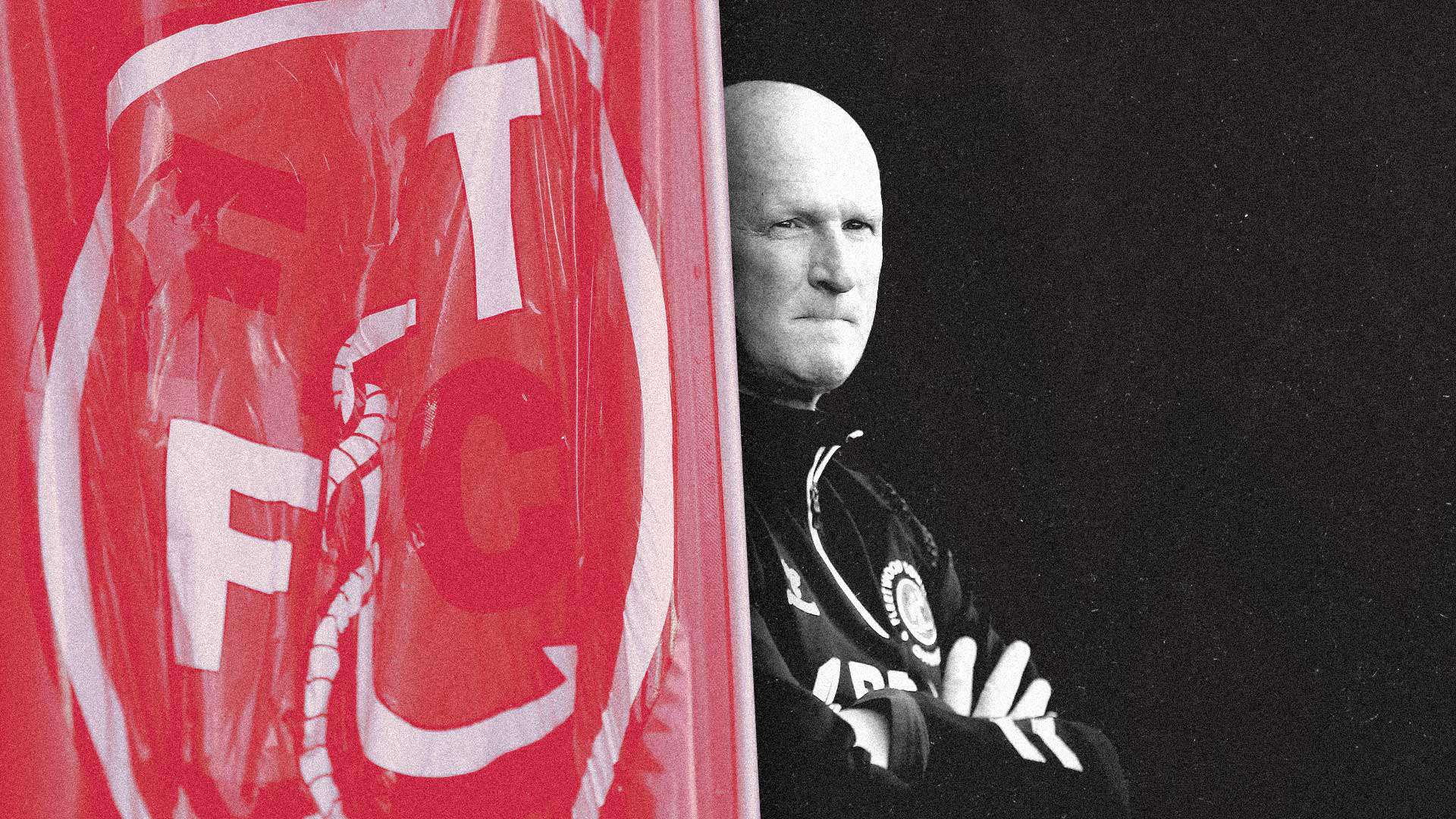 It’s a long time since Simon Grayson was linked with coming back to the Leeds United manager’s job. Signing Ryan Edmondson on loan for Fleetwood and teasing ground-breaking friendlies “which may not be what you have seen previously” against Leeds in the summer felt like Grayson was bringing the good vibes of Elland Road to him instead.

Perhaps he was expecting the momentum Leeds were enjoying at the end of last season to continue and rub off onto some of his own team. That hasn’t worked out for anyone. Grayson was sacked after Fleetwood’s 3-1 defeat at Oxford on Tuesday night. After promising to “go there to prove a few people wrong”, Fleetwood were 2-0 down in thirteen minutes to an Oxford side missing thirteen players due to an outbreak of Covid.

Fleetwood have had their own injuries this season, but are in League One’s relegation zone, sitting 22nd, albeit only three points from safety with two games in hand. Six teams in the bottom half have a worse goal difference than Fleetwood, but only bottom side Crewe have won fewer games.

I’d love to tell you Fleetwood’s goal difference of just -4 is due to former Leeds goalie and the man who saved Paul Rachubka from himself, Alex Cairns, keeping the shots out. Sadly, Cairns has kept just one clean sheet all season, against Crewe, conceding 32 goals in seventeen appearances. In true Grayson form, Fleetwood’s results are chaotic fixtures brimming with goals. Across four games in September, they won 4-2, drew 2-2 twice, and ended the month with a 3-3 draw. In the space of four days at the end of October, they drew 3-3 again and lost 3-2. Football is an awful lot of fun when Larry is around, as long as you don’t mind about not winning.

Fleetwood games featuring so many goals makes it all the more concerning that Edmondson is yet to score in his ten appearances, four of them starts. Once upon a Heckingbottom we were hoping the hulking manchild scoring goals for fun in the Under-23s was going to make Leeds’ future his own. Edmondson has scored twice this season, but goals in the Papa John’s Trophy don’t count when Leeds are testing out actual child Archie Gray in the competition. Edmondson is still only twenty but the future now belongs to Joffy Gelhardt.

Edmondson can still see the funny side of things. At the start of November, he quote-tweeted a clickbait website reporting his loan move will be cut short in January. ‘Would be amazing to see who these sources are,’ he tweeted, alongside laughing and facepalm emojis. Later that same day, he failed to even make the bench for Fleetwood’s 3-2 loss at Wigan and he has now gone five league games without playing a minute, Grayson naming him as a substitute in only two of those. After spending 2020/21 split between unsuccessful loan spells and ankle injuries at Aberdeen and Northampton, Edmondson is in danger of a repeat this season. Maybe we should have paid more attention to Marcelo Bielsa’s comments in February of the promotion campaign. “What I saw was never enough to be considered,” he said of Edmondson’s performances in training, before suggesting he was finally putting himself in contention in a session in which he suffered a knee injury requiring surgery. Bielsa said similar about Lewis Baker, Jamal Blackman and Jack Clarke, which makes me think he was just being nice.

The northwest has become a creche of underwhelmed young players who left Leeds either permanently or on loan in the summer. Oliver Casey is yet to play a league game for Blackpool and is watching Richard Keogh play instead. Ian Poveda broke his leg just as he was getting it together for Blackburn. Alfie McCalmont is playing regularly but for a Morecambe team looking nervously at Edmondson’s Fleetwood, who aren’t too far behind. You could forgive any of them for feeling sick with envy whenever they see Mateusz Boom Boom Bogusz’s latest Instagram posts from Ibiza.

Grayson’s downfall can be traced back to his decision to leave the Granada television region four years ago. Appointed by Preston in 2013, guiding the team away from the danger of relegation to League Two was Grayson’s first objective at Deepdale. He took them back to the Championship with help from Jermaine Beckford’s hat-trick in the play-off final and recorded consecutive 11th-placed finishes, belying the third lowest wage bill in the division. “We were building something there,” he told the EFL podcast, yet he decided to leave a comfortable job where his gradual process was being appreciated to take a ride in the clown car revving around Sunderland. “Within days I could sense things weren’t right,” he said. And within three months, he was sacked.

Since then Grayson has had a short, unsuccessful spell in charge of Bradford before going back over the Pennines to former club Blackpool then Fleetwood, who both sacked him. He turned down the chance to manage Leeds again under Massimo Cellino and was contacted by Victor Orta before the club appointed Paul Heckingbottom, but should probably stop waiting by the phone for another opportunity. You can always go home, but you can never go back in time. ⬢