The Sheer Joy of Living: Pre-Season With Major Buckley 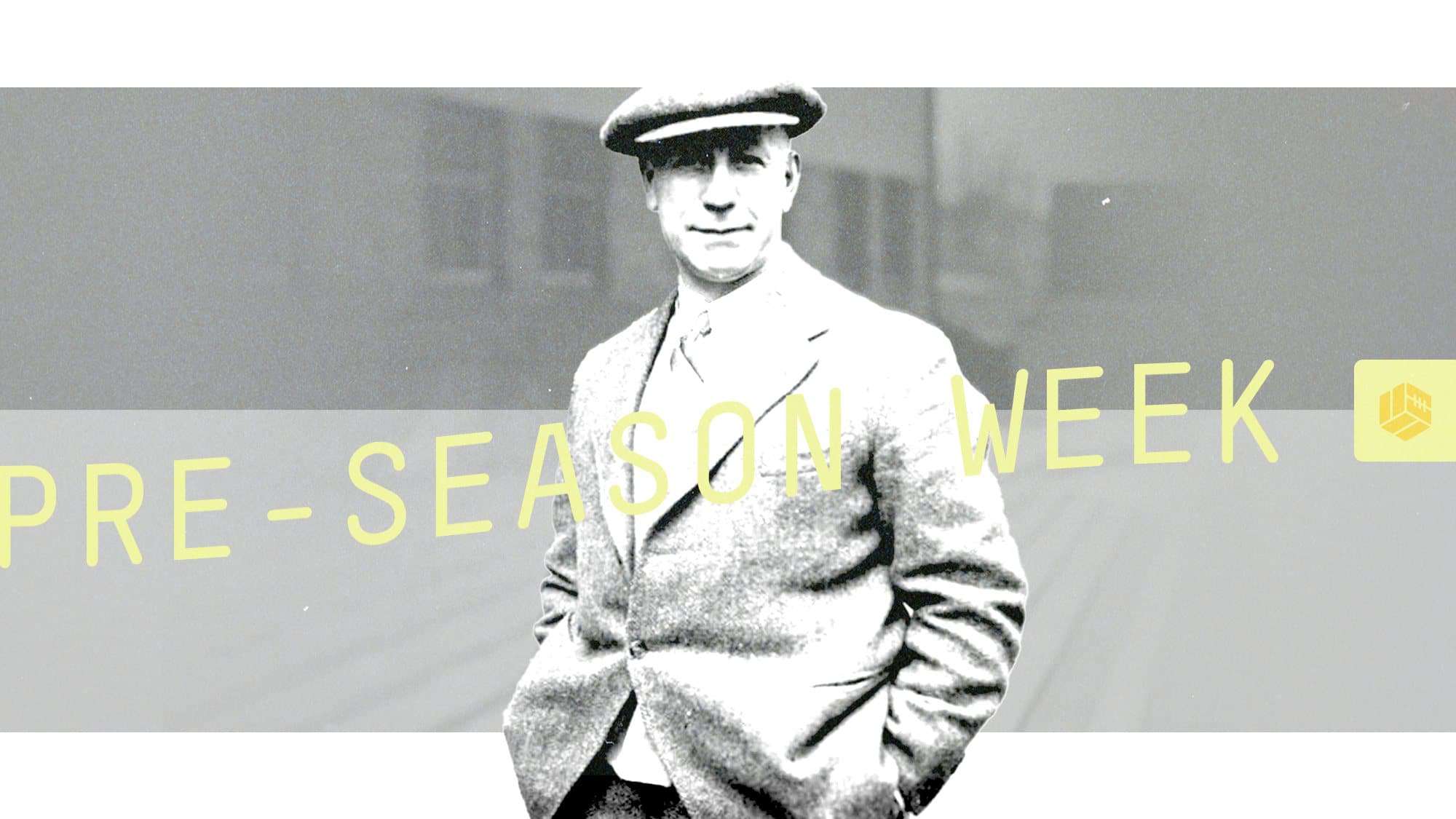 Preseason training is supposed to be hot weather work but July 1948 was pushing things a bit. On the same day Leeds United reported back to Elland Road, for the first time with new manager Major Frank Buckley, an artist’s studio in a garden on Scott Hall Road combusted in the 91 degree heat. The artist, Mr Philip Naviasky, was in the south of France with his wife, but neighbours judged that a number of valuable paintings were lost to the flames.

The United players, meanwhile, “sweated it out of themselves”, according to defender and part-time journalist Tom Holley. Major Buckley’s command of Leeds was going to mean one thing above all: work. And just below that, monkey serum injections.

The Leeds board were hoping this militaristic outsider could sort out Elland Road’s post-war mess. He had become famous for taking Wolves to 2nd place in both the First Division and the FA Cup while clearing a £100,000 profit on transfers, appealing stuff for a cash-strapped club at the bottom of Division Two. Leeds had suffered from an excess of post-war sentiment: reuniting manager Billy Hampson with as many of his First Division players as had survived World War Two resulted in the worst top flight season of any team yet seen, while replacing him with club legend Willis Edwards for the next season only made things worse. Within weeks the board were denying they wanted Buckley, but they definitely didn’t want another relegation. Edwards survived to the end of the season, Division Three was avoided, and Buckley marched down to Elland Road to bring some semblance of order.

In 1948 Major Buckley struck an eccentric, anachronistic figure. A journeyman player, his managerial persona was forged by the fame he gained for heroism during the First World War. He dressed and behaved like an Edwardian gentleman officer, wearing tweeds and baggy ‘plus four’ trousers, keeping a few fox terriers by his side, backing him up while he was barking out orders. In the 1930s his methods had been ahead of their time — his infamous injections, of a formula supposedly extracted from monkey glands, sparked debates in Parliament when his glazed-eyed ‘supermen’ started beating teams 10-1 as if hypnotised into excellence. Now that World War Two’s terrifying technological advances were being tamed for peacetime, he seemed a man out of time for the atomic age. But he was the highest profile and highest paid manager Leeds United, 18th in Division Two, had ever hired.

During that first blazing hot pre-season, words from the future were being spoken to the north of the city, at Carnegie College at Beckett’s Park, which brings us full circle to the venue for the start of Leeds United’s 2021/22 pre-season. This year Marcelo Bielsa’s staff used brand new facilities for physical and cognitive testing, building up advanced profiles of the players. In July 1948, the college was hosting the FA Director of Coaching, Walter Winterbottom, running an advanced course teaching qualified coaches the latest techniques. The five-day session included theoretical lectures on ‘the treatment of injuries, tactical planning, anatomy and massage’, as well as ‘practical work’. Former Leeds player Pat Kearney enrolled for the first course, along with Frank Taylor, formerly Major Buckley’s assistant at Hull City. A second course was run for working professionals, including ex-Leeds defender Wilf Copping — now with Southend — and three of Major Buckley’s current staff, including trainer Bob Roxburgh.

Roxburgh was a pre-Buckley stalwart, with Leeds since 1935, and alongside the fox terriers when the players assembled for the new season. Maybe he started putting what he’d learned into practice, but as Buckley liked things done the Buckley way, maybe not. We do know what the players did on their first day back, though, thanks to Tom Holley, or ‘six feet of perspiring footballer [gone] limp’, as he was described in the YEP’s ‘Diary of a Yorkshireman’ column.

In just a few hours, he said, the players had done: ‘Ball work (for heading), lapping round the track (for stamina), competition games (for jollying up interest) and recreational exercise (for the sheer joy of living).’

It sounds quaint now, but football never changes much, usually by degree rather than type. There’s the same deep sarcasm behind that ‘sheer joy of living’ line as in the knowingly named ‘murderball’ the Leeds players talk about today. As for jollying up interest, what else was Pascal Struijk doing, as he smashed ping pong balls past Illan Meslier, but honing his competitive instincts for the new season?

More of the Buckley way was imposed over the following seasons, much of it familiar to his players at Wolves in the 1930s: those injections, ballroom dancing to improve coordination, cannons to fire footballs at the players to test their touch, rope to tie balls to their feet and force them to dribble. He embraced one new innovation: when the Supporters’ Club paid for a new public address system, he commandeered it to amplify his commands to the players as they trained, until local people complained about their quiet residential streets being disturbed by his foul-mouthed tirades.

That was all to come. Meanwhile, in his first summer, the jollying up of interest in the sheer joy of living was having its effect, according to the Yorkshire Post’s Richard Ulyatt. ‘If the training I have witnessed during the last fortnight is any criterion,’ he wrote on the eve of the season, ‘the players are fitter than most at this time of year.’

Fitness took them part of the way in 1948/49’s opening fixture away to Leicester City, but it couldn’t disguise the disorganisation at the back. Leicester’s 21-year-old inside forward, Don Revie, was given far too much space to dictate the game and scored twice. As did Peter McKennan. And Jack Lee. A 6-2 defeat left Major Buckley with a lot of training to do. ◉