All Here or Nowhere

Written by: The Square Ball 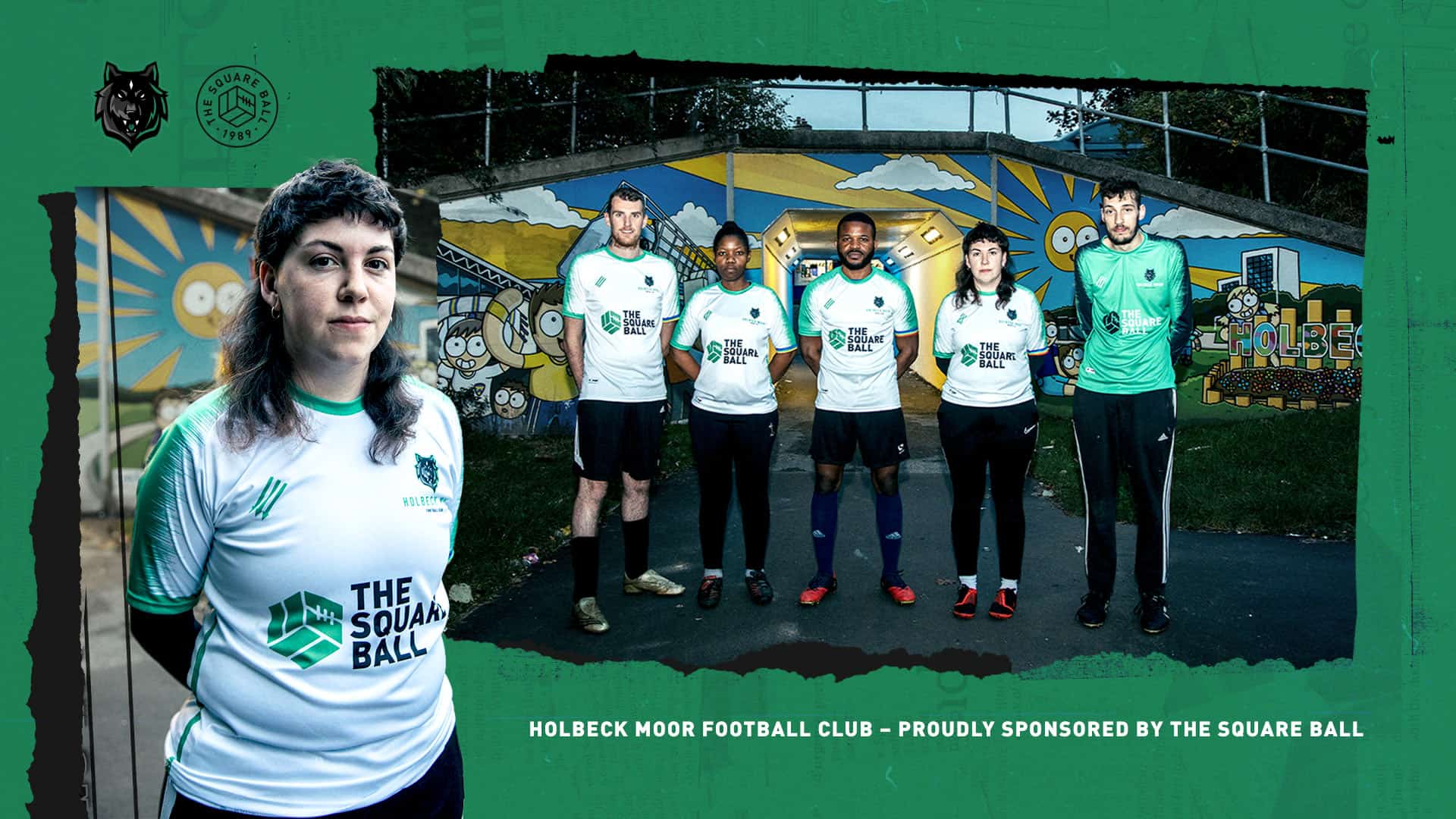 If you’re walking to Elland Road from Leeds city centre, the football pitches on Holbeck Moor whet your appetite for watching Leeds United. But Holbeck itself didn’t have an adult sports team of any kind until June, when local award-winning theatre company Slung Low launched subs-free Holbeck Moor Football Club.

Since then, Holbeck Moor FC has attracted between fifty and eighty players for training every week, providing a supportive environment for men and women of all abilities to enjoy playing football, exercising and meeting new friends. They’ve started entering teams into tournaments (and won one!) and are joining leagues, while some players are going just to train and have fun.

“I have played football since I was a child and know what it can do for improving mental health and fitness,” says Ewan Speck, co-coach of Holbeck Moor FC’s men’s team. “I wanted to be part of creating a space where everyone feels safe and fully part of the team — that’s why I chose a husky logo. I know Slung Low’s ethos of never saying no to anybody, so I approached them with the idea of an inclusive football club for men and women.”

Abi, who plays for the women’s team, says, “I often find it hard to meet new people due to my mental health. I have found the team of ladies friendly and kind to each other. Every Wednesday I look forward to playing football and just having that free time and having a laugh.”

The Square Ball are sponsoring Holbeck Moor FC for the 2021/22 season, delighted to have our logo adorning their slick white and green kit, designed by co-coach Speck and produced by Italian brand Rage. Rage, who only work with anti-fascist teams, are the perfect manufacturers. In 1936, 30,000 citizens of Leeds turfed Oswald Mosley’s British Union of Fascists out of the city in what became known as the Battle of Holbeck Moor. Everyone is welcome at Holbeck Moor FC, underlined by the club’s motto, ‘All Here Or Nowhere’. 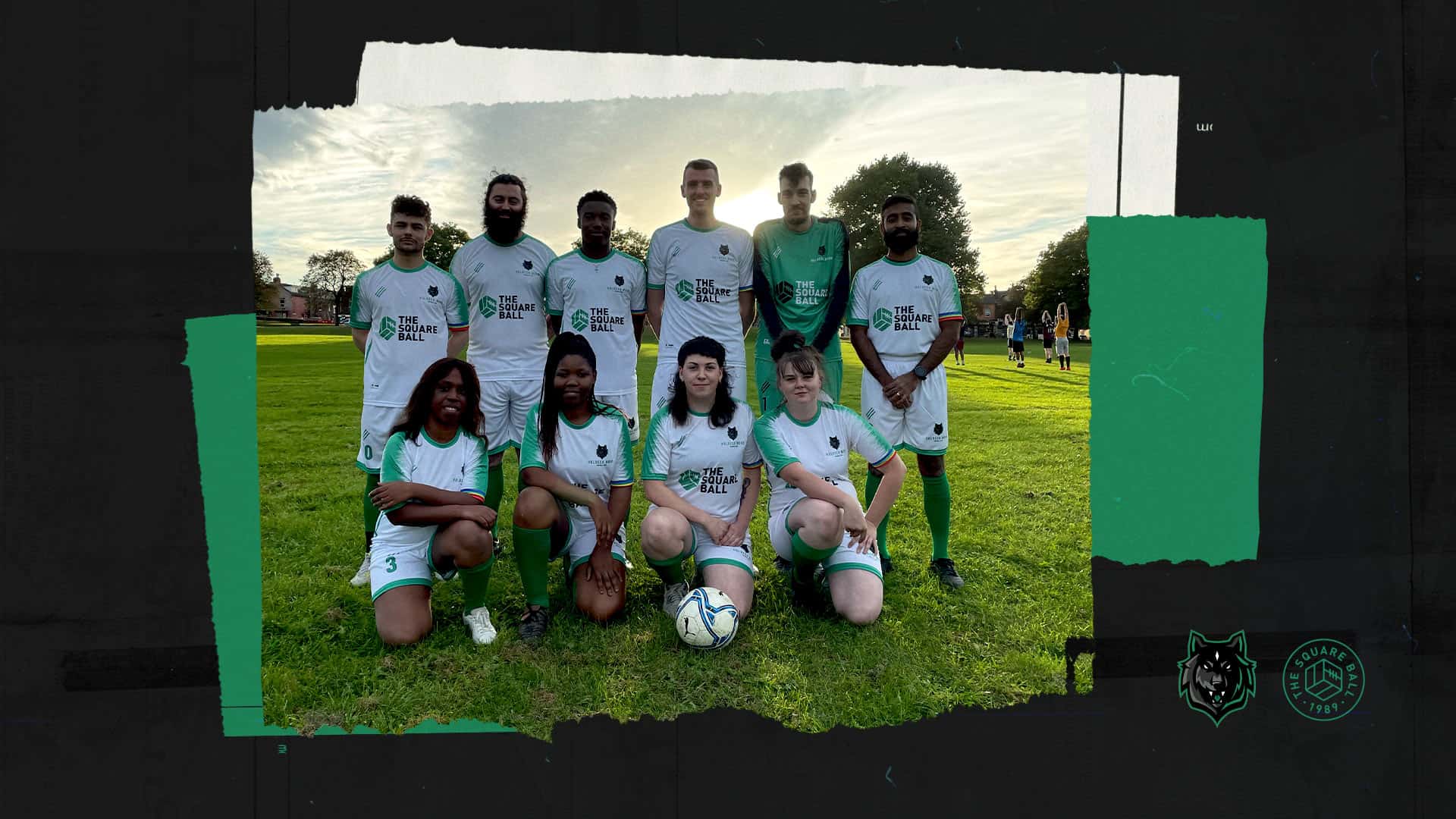 Slung Low community producer and Holbeck Moor FC co-chair Ruth Saxton says, “We are thrilled to be partnering with such a trusted and well-respected brand as The Square Ball, whose values of supporting their community align with Slung Low’s.

“As part of a city-wide project, TSB printed and distributed 5,000 of their colouring books free to various charities and community projects to help families through lockdown, and Slung Low feel flattered to have been included within those support groups.

“TSB supported our food bank with both money and regular volunteering, and generously donated artwork to make The Holbeck bar look fitting for any Leeds United fan visiting for pre-game drinks. Holbeck Moor FC will wear their logo with pride.”

With training times set to change for winter, anybody interested in joining Holbeck Moor FC can email [email protected] or call 07305 155698. We can also heartily recommend pre-game drinks, and post-game drinks, and if Leeds don’t start winning more often then probably in-game drinks at The Holbeck, the oldest social club in Britain.

We’ll be featuring more from Holbeck Moor FC on The Square Ball throughout the season. ⬢ 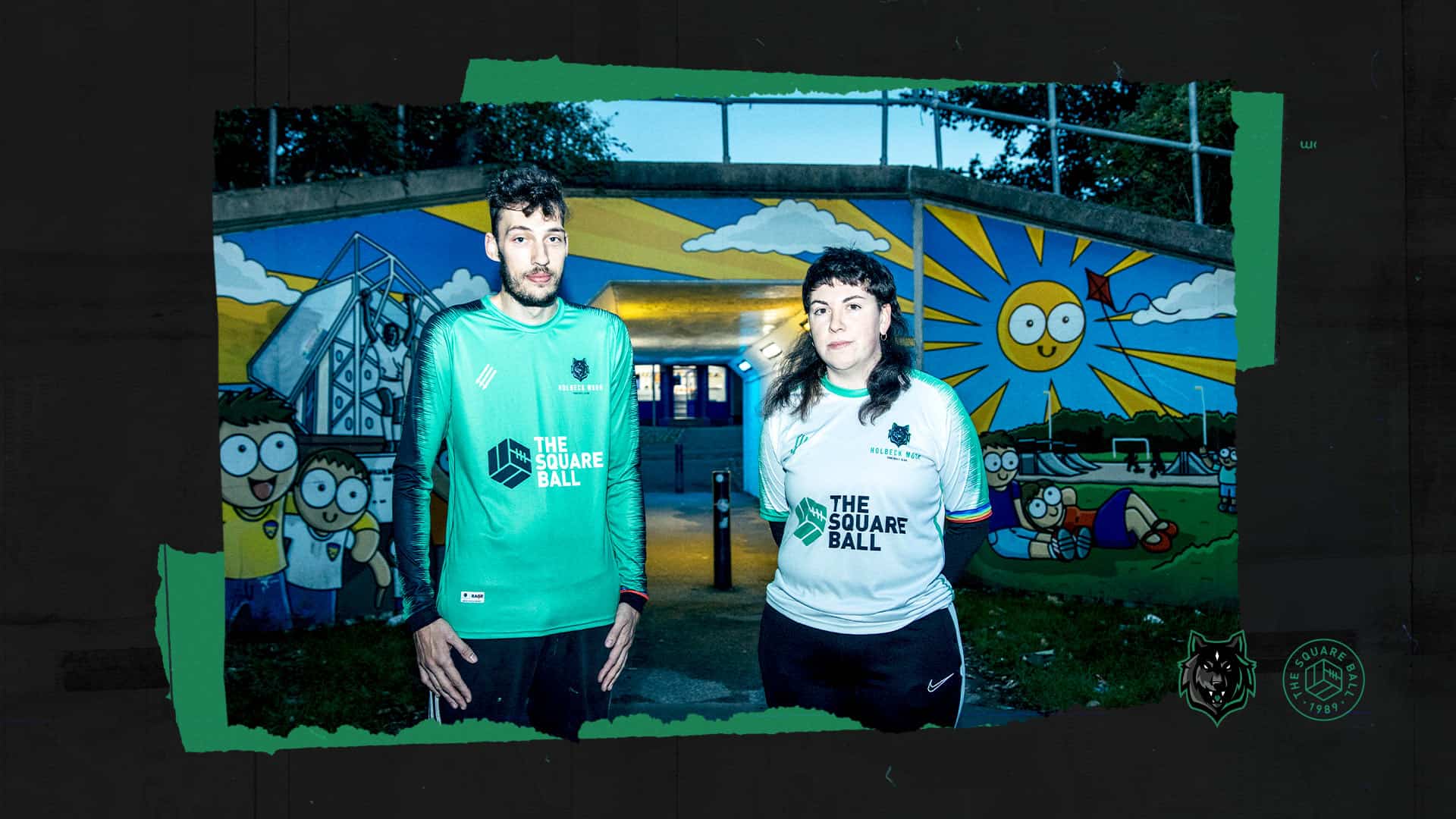