“It’s different playing on the Moor, here it’s ours” 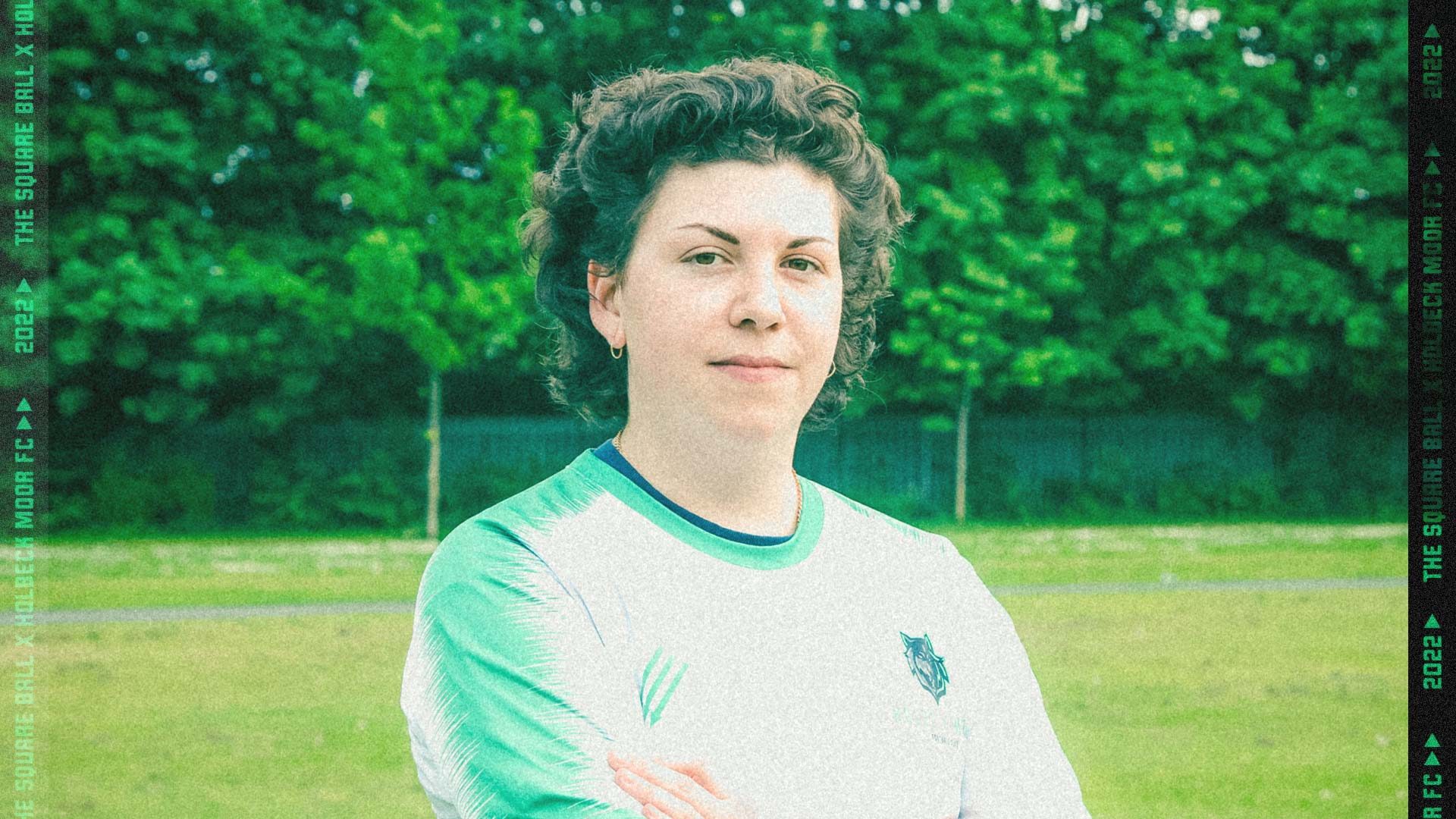 I can tell Eve Murphy has been a Leeds United fan since childhood by her response when I ask, shortly before the end of last season, whether she thinks we will stay in the Premier League. Her answer is both matter of fact and completely lacking in confidence. “I think we’re just going to scrape it.” And she’s right.

Despite being a lifelong fan who grew up in East Leeds, until Eve heard about Holbeck Moor FC, she had only played football at school. “Nothing major, like a formal team,” she says.

In June 2021, Eve attended Holbeck Moor FC’s first training session. Set up with the help of Slung Low, Holbeck Moor FC aims to provide the opportunity to enjoy the physical, mental, and social benefits of playing football in an area where there was previously no adult sports team and fewer than one in ten residents accesses local leisure services. Slung Low staff were so unsure of how many numbers to expect they turned up in boots and shin pads, expecting to have to join in with training. Instead, Eve was among over fifty people to turn up.

“I actually saw it advertised when they had a big banner on the side of the basketball court last year,” she says. “I was going past it on the bus from my mate’s house and I saw it. On the first week it was like some sort of festival. It was so busy, so many people, so much happening. I think Slung Low didn’t really expect anybody to show up.

“It was definitely quite daunting. I was walking over and across this field and could just see this mass of people. I was thinking, ‘How am I going to integrate into that?’ But once we got started and did a bit of training it was great.

“[The welcoming atmosphere] was there from the start. Everybody was excited to be here. During the winter it got a bit difficult because we were up at John Charles Sports Centre. It’s a very different feeling to playing on the Moor. Here it’s ours. As much as it’s a space that is open and there for everybody, when we’re training here it’s like we’re at home.”

Holbeck Moor FC is a subs-free club open to everyone, whether you’ve never kicked a ball in your life or have played regularly. There are options to play competitively or just train. The club’s motto is ‘All Here Or Nowhere’. For some members of the women’s team, it’s their first experience of playing football.

“We’ve been doing a lot of learning as we go,” Eve says. “Some matches have been better than others. Not everybody knows the rules yet, so we take it as we go. I think we’re going to host a little tournament here over the summer which will be nice because it’s with other set-ups with our aims and a similar standard of players.”

Without it being forced upon them, the women’s team have created a safe space where they feel open and able to talk about their mental health. Once a week, they know they have an outlet around supportive teammates, while also enjoying that natural buzz from playing a team sport.

“It’s definitely helped me,” Eve says. “I suffer with anxiety and depression. It’s good that it’s every Wednesday because you think, ‘I’ve got to get up and go to football,’ even if you’re not feeling it. Some of the other team members have definitely found it beneficial too. Wan made a presentation video about the benefits. It has helped a lot of people, and it’s nice that people are open to talking about it.”

A year after apprehensively attending that first training session, Eve is still coming back every week. Recently she set up her own graphic design and web design business, Have A Gander. So what would Eve say to somebody considering joining Holbeck Moor FC who might be wondering whether it’s for them or not?

Anybody interested in joining Holbeck Moor FC can email [email protected] or call 07305 155698. We can also heartily recommend pre-game drinks, and post-game drinks, at The Holbeck, the oldest social club in Britain.