Jamie Shackleton must have been delighted to hear he was starting against Arsenal at The Emirates. At right-back, though?

Pascal Struijk would have been looking forward to testing himself against Pierre-Emerick Aubameyang. Until Kalvin Phillips was injured, and all Struijk saw of Arsenal’s striker was the number 14 on his back while he was running at Luke Ayling.

Versatility is a virtue but so is simplicity, and like a player helping a team, the two virtues help each other. Ayling is a good centre-back but it’s his second best position. Shackleton is a good right-back but it’s his second best. Struijk is a good, but, and you get the picture. Arsenal sure did: Aubameyang and Emile Smith Rowe pulled Shackleton and Ayling apart while Struijk watched them trying to reconcile their position with their instincts, and it all let Aubameyang do his favourite thing, running into the box and shooting past the keeper. It had only been twelve minutes, but that’s a long time when nobody knows what they’re doing. 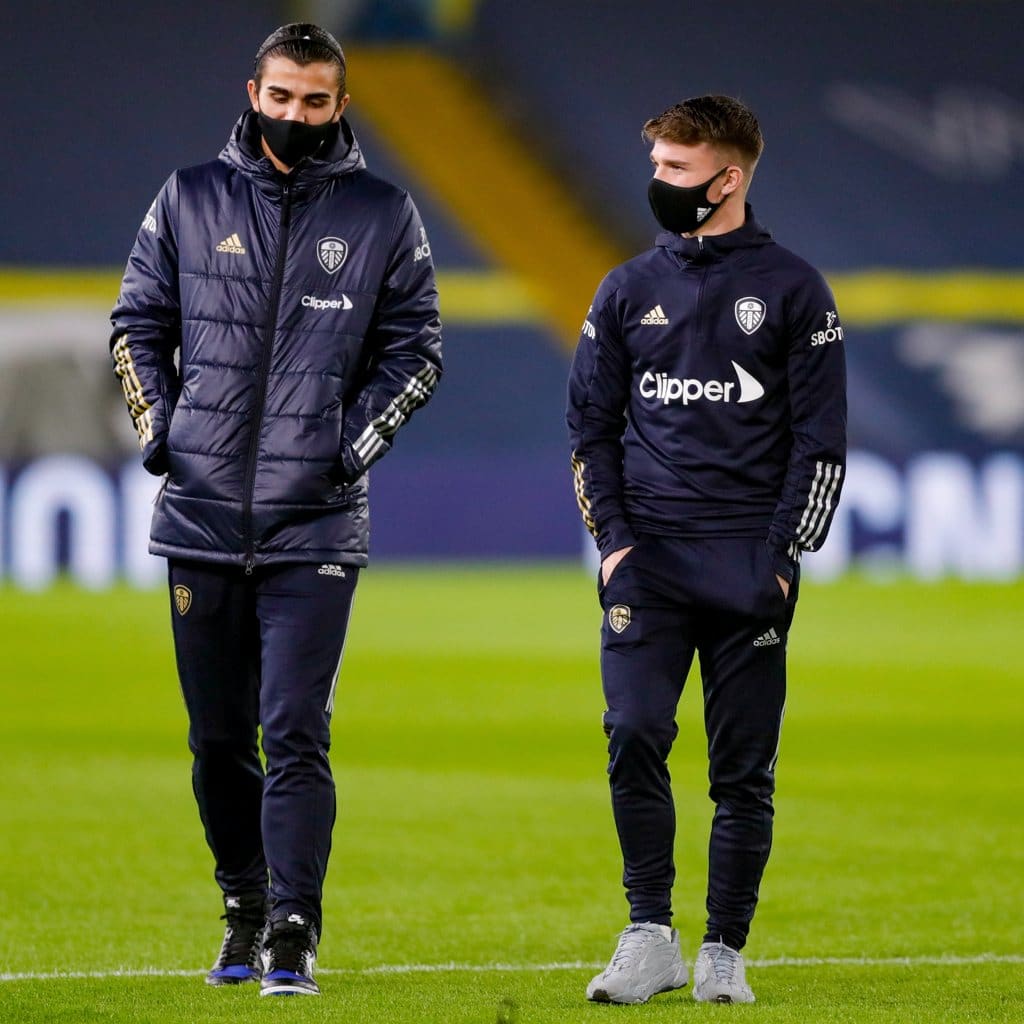 Shackleton might be a right-back in the end. One of his forebears at Leeds, Gary Kelly, matches his development and his attributes, which meet a full-back’s modern needs. Shackleton has been a number 10 and a box-to-box midfielder in the Academy, a creative encouraged to be defensive. In the early 1990s Gary Kelly was a striker and a winger who wanted, above all, to go home to Drogheda; he never quite conquered his homesickness and went back as soon as he could, although not before 531 games for Leeds. Most of those were played at right-back after an epiphany in the summer of 1993. Since Mel Sterland was injured and had to retire, Howard Wilkinson had tried everybody there — I’ll spare you the names, but I count ten in 1992/93 — while Kelly’s promise was fizzling out in the reserves. Putting him at right-back in pre-season wasn’t quite a hail Mary, as it was born of a reassessment of his characteristics, but it paid off like divine intervention: within a year, Kelly was playing at the World Cup. His training as a forward made him an intelligent reader of the game, and his pace meant he could be first to danger and quickly turn defence into attack. Wilkinson had diagnosed a reactive temperament, rather than proactive; he couldn’t always make things happen in attack, but he could see what others were about to do and stop them.

If that’s an accurate summary of Shackleton, too, perhaps his youthful creativity can be put to service the same way. But look at the way he came into the game at Arsenal in the second half. As I’m sure you’ve heard by now, Leeds were 4-0 down by the 50th minute, but their fightback to 4-2 was helped by Shackleton being released to live his best life in the middle of the pitch while Niall Huggins — another young midfielder, naturally — traded places with him at right-back.

A similar tale of discomfort and relief is written around Pascal Struijk in midfield and defence. It’s all Phillips and Robin Koch’s fault, really; if either of them were fit, Struijk could have carried on about his business alongside Liam Cooper, with Ayling content at right-back. Instead he had another unhappy day in midfield, although Bielsa insisted afterwards that nobody would have done better and that, anyway, he wasn’t strictly playing as a midfielder; the role is that of third defender.

Maybe. But that elides much of what makes Kalvin Phillips so vital, when he’s there. Progressive passing distance is going to be our illustrative stat of the day, here. On average, Phillips’ forward passes per ninety minutes move the ball a total of 292 yards towards the other goal. Against Arsenal, Struijk passed the ball forward a total of 55 yards. At one point in the first half Raphinha was berating him for choosing a safe pass backwards to Cooper instead of a forward ball, and Leeds suffered because those lost yards weren’t being made up elsewhere: ignoring Crystal Palace being too rubbish to be statistically relevant, against Everton the other week Leeds played 2,963 yards of forward passes, just above the season’s average of 2,897.1 (can’t forget the 0.1). Against Arsenal there were just 2,098.

Struijk can pass forwards. His average progressive passing distance is 315 yards per game this season; in that Everton match he totalled 384, more than Phillips’ 198. But that’s Struijk at centre-back, looking and playing forward. In midfield he struggles to find the time to receive and turn and see and pass. It means Raphinha isn’t getting on the ball to cause danger, while Ayling and Cooper get more worry from players running at them than they ever want. Struijk is hard to find, too; on average, Leeds pass to Phillips 44 times in a game. Against Arsenal Struijk was found 25 times. The lack of assurance invited pressure; Illan Meslier kicked long 27 times instead of his average 15, and even that turned out not to be enough, as he dithered, was tackled, and gave away the penalty that made it 2-0. 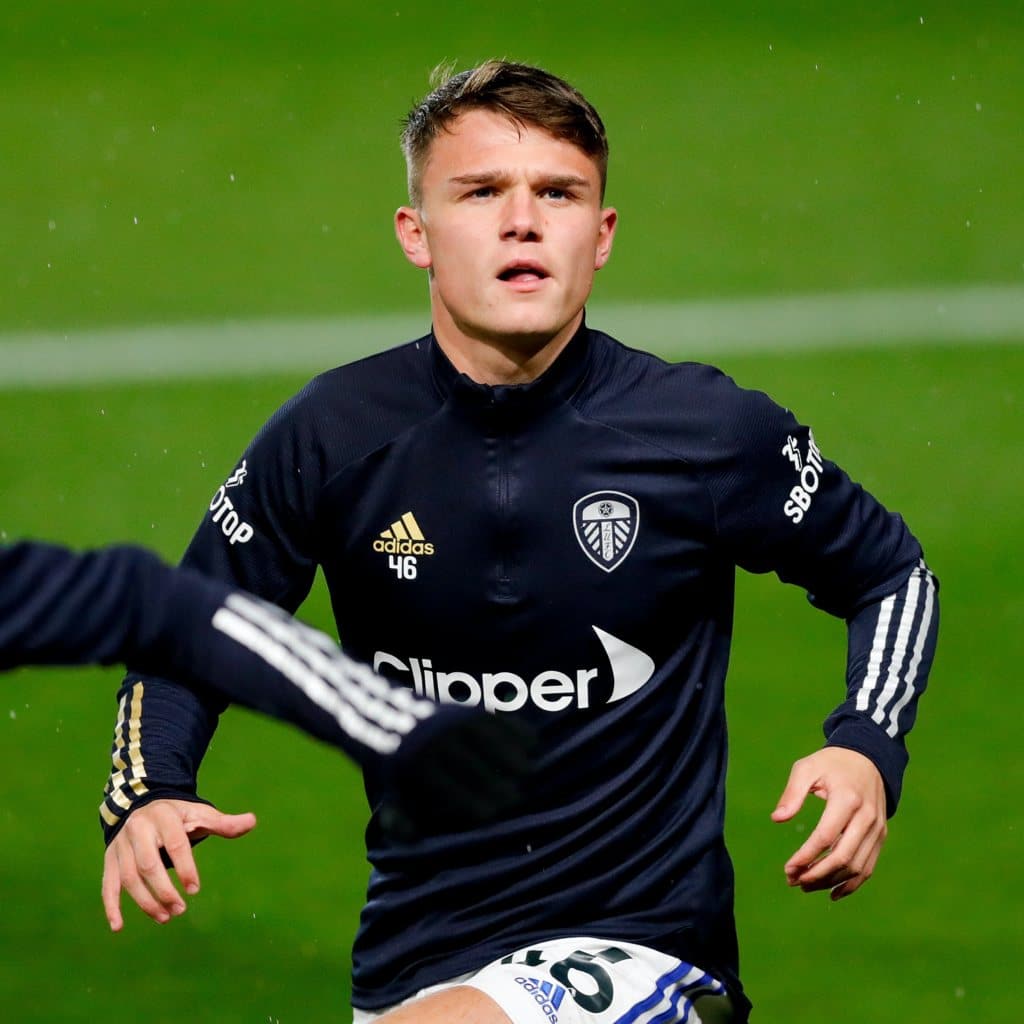 And still Bielsa insists, and persists. I don’t think it can be down to the same naive romanticism that had me thinking, in 1993, that if Kelly could be so good, Jamie Forrester and Kevin Sharp had to be better than Rod Wallace and Gordon Strachan. The young players grew up, and so did I, and maybe we all ended up a little disappointed. Nor do I think it’s stubbornness. A coach doesn’t go to Bielsa’s analytical mountaintops if he already knows the answers.

The reasons will reside in that analysis, in a view of the game as seen while crouching on the sidelines, through Bielsa’s eyes. That glare reduces all analysis of Bielsa’s football to speculation, because his metrics are guarded. We don’t know if his players are meeting his expectations because we don’t know what he wants from them or how he will measure them when he reviews the game. We can only assume. Progressive passing distances might look clever in my report, but how do I know whether Bielsa gives them the slightest importance?

There was a little of this in his post-match press conference. Bielsa was quick to defend Struijk, to share that Mateusz Klich had played despite a hip injury, that failure to disrupt Granit Xhaka and Dani Ceballos near to Arsenal’s goal was the main factor in the defeat. He knew everybody would have been watching Struijk and Shackleton, and wanted to let us all know we were looking in the wrong direction. I should probably be apologising for the whole angle of this report, then, but like Struijk, I can only do what I can do with what I’ve got. Maybe I’ll thump a header in from a corner next time.

That goal, and the other from the much maligned sub-combo of Tyler Roberts and Helder Costa, is another strut supporting Bielsa’s arguments. Like at Old Trafford, we can’t write this game down as completely terrible. Only Leeds under Bielsa, whoever is in the team, can be 3-0 down at half-time, concede another straight away as if for for fun, bring on a teenage debutant then frighten their opponents to 4-2. With fifteen minutes left, when Pat Bamford was having a penalty claim refused a minute before Aubameyang hit the post, you could not be certain that Leeds might not still win, and Mikel Arteta was frowning through his defensive substitutions. Leeds are always in with a chance, and sometimes it’s infuriating, like a disobedient puppy too cute to be mad with.

Ayling was right to dismiss praise for United’s ‘entertainment’ after the game. Leeds don’t play attacking football to please and lose, they play it to win and please. It’s a patronising misunderstanding of Bielsa’s team, and the sooner football reunites style and victory as one art the happier everyone will be. Sam Allardyce stalks the league like a spectre from a morality tale about how victory’s value must be linked to pain, while Leeds are out here trying to prove that games can be fun when you’re playing to win. Maybe one day Shackleton and Struijk will look back on all this, and laugh. ◉