After all the arguing, the shambles itself. Kicking off the 2022 World Cup in Qatar was supposed to bring relief to Fifa and the organisers, as the hypnotic effects of that big green rectangle massaged away all the worries about dead migrant workers, women’s rights, laws against LGBTQ+ people, the right to protest. Finally Gianni Infantino could have his wish, that for ninety minutes at least we would all stick to sports.

It could be gratifying, if it wasn’t so predictable and frustrating, to see the egotism of Qatar’s late decision to move their tournament opener to its own special day of celebration immediately revealing their $200bn and more of expenditure as simplistic folly. The frustrating part is that so much money could have done some good for the world, something lost on anyone chastising Joe Lycett for escalating his bargain with David Beckham and pretending to put a paltry ten grand, by Qatari and Fifa and football standards, through a wood chipper.

The gratifying part is Qatar’s discovery, alongside Infantino, of something that might (and might not) have dawned on Elon Musk in recent weeks since he bought Twitter for $44bn. That one thing your billions will buy, in this social media era, is the ability for other people to see you clearly for who you are. And that what it never buys you is an answer to the question, ‘Why are they laughing at me?’ That one you have to work out for yourself.

The World Cup was meant to show off Qatar’s sporting prowess to the world, but after investing billions into their state sporting legacy, mainly through the phenomenal facilities and continent-sweeping pick and discard selection processes of Aspire Academy, they ended up just showing their arses in their big match against Ecuador. They’ve spent untold fortunes since 2004, all towards promoting the greater glory of Qatar through sport, and after buying the biggest stage for the football team they were producing, they put on it a troupe of amateurs who looked embarrassingly out of depth from the first minute. It shouldn’t be embarrassing for the players; the team won the Asian Cup in 2019 and nerves must have played their part. But for the people who spent nearly two decades creating the pressure that inevitably turned doubtful ability into failure, there should be nothing but shame. 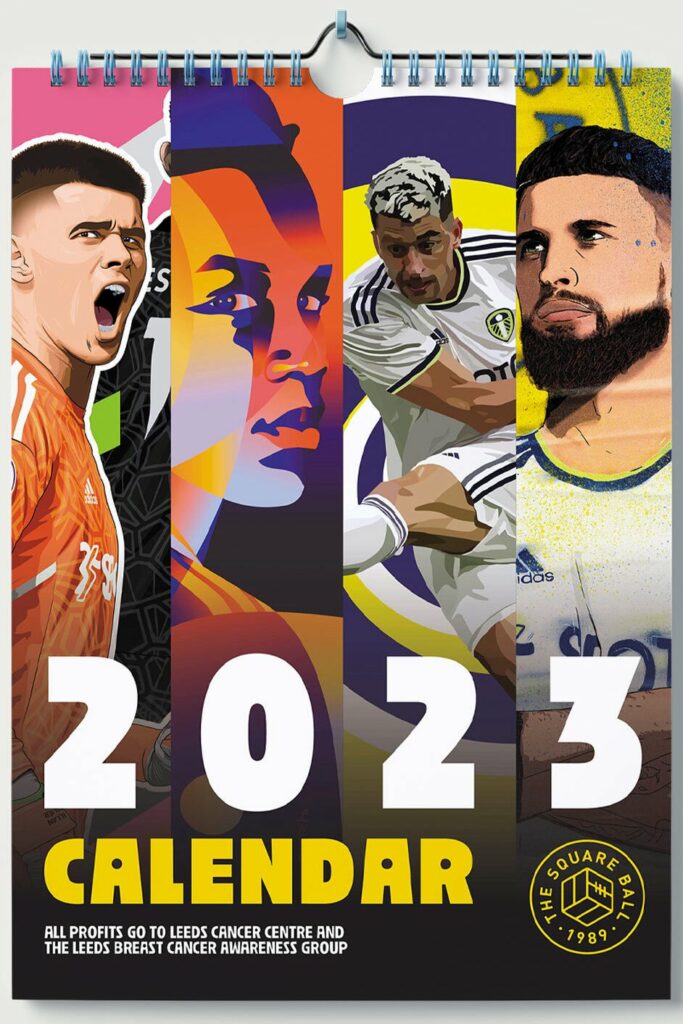 Our own Leeds United are complicit here, although we’ve never been sure to what extent. Aspire Academy’s director-general, Ivan Bravo, joined Leeds United’s board shortly after Andrea Radrizzani’s takeover, and the club promoted the link-up with Aspire. Concretely, Ouasim Bouy and Yosuke Ideguchi were bought by Leeds and loaned across the Aspire network to Cultural Leonesa in Spain. Mysteriously, there were reports and a listing on Transfermarkt saying we did the same with Yuta Toyokawa and the Belgian branch, KAS Eupen, and although a statement on Eupen’s website said, ‘transferred from Japanese second division club Fagiono Okayama to Leeds United. The English second division club then loaned Yuta Toyokawa to KAS Eupen’, this was never confirmed by Leeds.

And, vaguely, there were promises of what being part of the Aspire network would mean for Leeds. Aspire would provide ‘insight in fields such as academy and youth development, performance analysis and sport science’, according to Leeds United’s statement. Chief executive Angus Kinnear added, “This is an exciting partnership for Leeds United, you only have to look at the quality of the programme and facility in Qatar to realise that having access to the Aspire Academy is going to be beneficial to our long term vision for the club.”

When TSB spoke to Angus Kinnear in 2017, he told us Bravo had been on board with Radrizzani when Kinnear came to the club, and that, “Aspire Academy is a bonus I can only see positives emerging from, and the relationship will become increasingly formal.” Instead, the relationship dwindled quietly away. Bravo became sporting director for the Qatar state in May 2019, as well as continuing in charge of Aspire Academy; he became president of Alcorcón in the Spanish third tier in June 2019, stepping down from his role at Leonesa; he spent 2020/21 season as sporting director of KAS Eupen. He resigned from the Leeds United board in October 2019, after he ‘proved influential in his role as an advisor to the club since Andrea Radrizzani’s takeover’, according to the club statement.

The impression from the start of the World Cup, and the world’s first sight of everything Aspire Academy has created with its billion dollar facilities, is that Nasser Al-Khelaifi could be better keeping his role in the World Cup organising committee as a footnote on his CV. In terms of sportswashing and soft power, what the Qatar state have done with Paris Saint-Germain now looks much wiser since finally hosting the World Cup dragged all their dirty laundry onto the biggest stage. Qatar’s rulers have succeeded in shifting perceptions of their state in the last decade by hiding behind Mbappe, Neymar and Messi in Paris, leaving the football to the experts on their bankroll. One match of the World Cup was enough to show what money, in football, can and still can’t buy. All that money, all those facilities, all those young players, all that cash-flush egotism, swiftly dismantled 2-0.

It’s a miscalculation Gianni Infantino is sharing in. His spectacular rant on the eve of the tournament, delivered with barely credible gravitas that made him a laughing stock, included the classic whataboutery that the same critical energy around this tournament should have been brought against the World Cup in Russia in 2018, or perhaps Argentina in 1978, or Switzerland in 1954 for it’s anti-gay laws (let’s remember England’s in 1966, while we’re on the subject). What he failed to think about, though, was the common factor in all those tournaments was Fifa. Fifa awarded them, Fifa organised them, Fifa told everybody that everything about them was okay.

This World Cup is best understood like this, not as exceptional aberration, but as an inevitable culmination. The Qatar World Cup is the shore on which all the sport’s sewage pipes, constructed over years, are now outflowing unrestrained. It’s why the opening match was such a failure, both as a game to enjoy, and a means to take everybody’s mind off what Infantino calls ‘politics’, and I call human rights.

Take the opening goal, ruled out by a Video Assistant Referee, for a minor offside infraction brought about not by an attacker seeking an advantage, but because the Qatar goalkeeper was punching his own defender backwards, leaving one of the forward’s legs momentarily offside. It’s hard to think of a better example of the technocratic perversions of football’s spirit than this, in the opening five minutes of a World Cup, the game’s peak revealed as the nadir of everything the sport’s rulers have been leading towards for years.