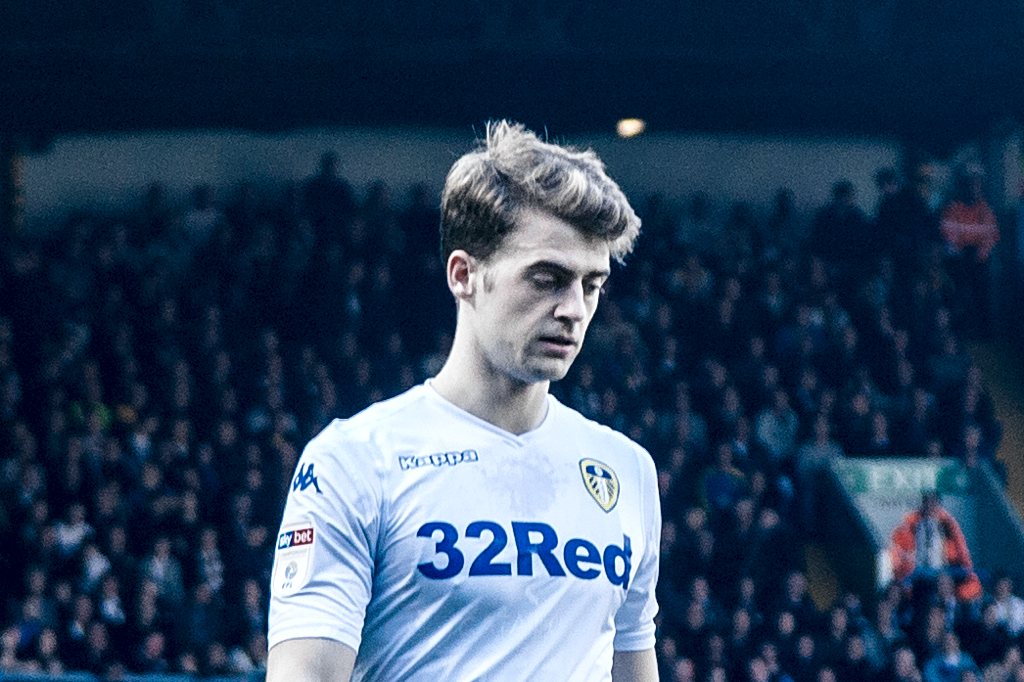 A missed chance can change a game, and it wasn’t the one in the third minute when Tyler Roberts took Patrick Bamford’s through ball and blasted it behind the goal instead of pulling it back for Jack Harrison to score, or the one in the ninth minute when Harrison played a pass into Ezgjan Alioski’s underlap and he was blocked before he could shoot.

Leeds United’s players came up smiling from those opportunities. The game was new, their passes behind Birmingham City’s full-backs were working, time and the league table was on their side. They could grin at each other, shrugging at their mistakes, knowing that if they kept doing this all day they would score goals.

But a missed chance can change a game. And by the end of the game clouds had gathered, the smiles had gone, and United’s players looked drained and dismayed.

Mateusz Klich’s drilled cross-field pass to Luke Ayling ought to be admired in its own right, but with Ayling bearing down on City’s left-back, there wasn’t much time for that. There wasn’t much time for Ayling to set himself, either, and he had to cross with haste using his left foot rather than checking back to his right. Bamford had moved between the centre-backs and there was no time to wait, and Ayling’s inswinging cross was excellent anyway. The centre-backs stopped on their heels. Bamford ran past them to meet the ball. And the finish?

Bamford’s difficulties were all wrapped up in the moment he decided he couldn’t decide how to finish Ayling’s cross. An accurate header would have been the right answer, but the ball dropped suddenly and so did Bamford’s confidence, causing him to decide in error to hit it with his leg. He hung out his left boot and let the ball strike it, trusting in the centre-forward gods to make this time his lucky time. The fates being kind to Leeds United? Come on, Pat, you should know better than that by now. The only conviction on the ball was that it was not going in. Not in Birmingham City’s goal, anyway.

Within a minute it was in Leeds United’s, put there by Che Adams, and there were no smiles on Leeds faces now. Birmingham had broken upfield in quite a Leeds-like way, although it took them a couple of goes to get to the edge of the penalty area. There, Marcelo Bielsa’s plan for dealing with two strikers at once folded in on itself; Klich, asked to attack and defend, was caught upfield by the switch of play; Kalvin Phillips, being used as a centre-back, was too far from the ball to influence any of the many Birmingham players lining up as the ball was played square. If Klich had been in his normal place linking the attack then Phillips would have been in his normal place in defensive midfield and perhaps none of this would have happened; but that would have required Birmingham to play with one up front, and Garry Monk wasn’t going to ditch a tactic that worked so well for him at Elland Road.

That Bielsa allows his formation to be dictated this way by opposing managers isn’t so much his weakness as his kryptonite, at least for his coaching of Leeds. United look excellent with Kalvin Phillips in defensive midfield but fragile with him in defence, and despite his overall importance to the team, if Bielsa won’t change the tactic perhaps he ought to change the personnel, using Gaetano Berardi as an out-and-out centre-back with Pontus Jansson and Liam Cooper, leaving Phillips on the bench. After all, Bielsa was quick to substitute Phillips off early in the season when his position wasn’t working; he could just as boldly bring him on early if his absence was felt. Then again, a cursory glance at the usual lineups of United’s remaining opponents suggests Birmingham are the last dual strike-force they’ll face. Unless teams make changes.

The biggest change to this game was still that missed chance and the goal that followed, and the chances Bamford missed after that one were mild by comparison. After the game, Bielsa was right; Bamford did play better than against Millwall, outside the box at least. Inside it a half-pace more would have made Bamford first to a low cross by Stuart Dallas, but he arrived at the same time as a defender and put the chance wide; Roberts’ cross, chipped in front of the near post, gave Bamford a chance to head at goal that he took, but it was a hard angle from which to hit anything except Lee Camp, and hit him he did.

But the first miss had taken all his confidence, and all those chances, away. Bamford hasn’t looked effective since he’s been fit; he cracked an outstanding, huggable volley in training before his knee was properly healed, and a winning goal against Bolton in a brief gap between injuries. His most recent goal was at Bristol City, when he banged his knee against a post in the process, and perhaps this is the secret to making him score; Bielsa needs to bash his legs with a hammer before sending him out onto the pitch. The more likely solution is that Kemar Roofe will come back into the side. Bamford has tried, but Leeds can’t be patient while he’s being so trying.

Leeds tried to beat Birmingham, but all their might deserted them after a bright half an hour. Possession stats — 73% in this case — are cynically brought up after games like these, but the usual accusation that pretty passing doesn’t lead to gorgeous goals doesn’t apply here. United’s passing was ugly, their dribbling was hideous, their set-pieces were vile. The same websites that show possession stats show passmaps, and it would be too kind to draw United’s passing with the usual bold, straight arrows, when wiggly lines and recursive zig-zags would be more accurate. At one point Dallas, a half-time substitute, tried to carry the ball into Birmingham’s penalty area but hardly had it under control, scrambling for a touch but instead flicking it against the shins of the defenders, increasing the bounce until it bounced away. Leeds had possession of the ball the way a chihuahua has possession of a balloon.

Birmingham, meanwhile, tested Kiko Casilla, specifically his legs, with several chances created by running with two strikers through the middle; and Casilla tested the fans’ hearts by playing as sweeper keeper inside Birmingham’s half. His saves were the only bright spot of a game that Leeds didn’t look like saving, even after a season when they’ve rescued games from much worse positions than this. It just wasn’t there. Some matches are so enthralling you can’t take your eyes off them. I could hardly look at this one.

We should look at it again on Wednesday. The Championship is throwing Leeds straight back into action at Preston North End on Tuesday night, and only then — and perhaps after Sheffield United go to Birmingham the next night — will we know what losing to Birmingham means for Leeds United’s promotion chances. At the time of writing, it means Leeds are a point behind Sheffield; by the time of next writing, Leeds might be two points ahead of them again. The only hitch in that plan is that these were meant to be the easy games; Millwall, Birmingham and Preston had a beatable air about them, not from arrogance, but from a position near the top of the table. All of a sudden Preston don’t look like pushovers anymore, and it’s that perspective, more than Bamford’s skewed view of the goalposts, that needs fixing first of all. ◉