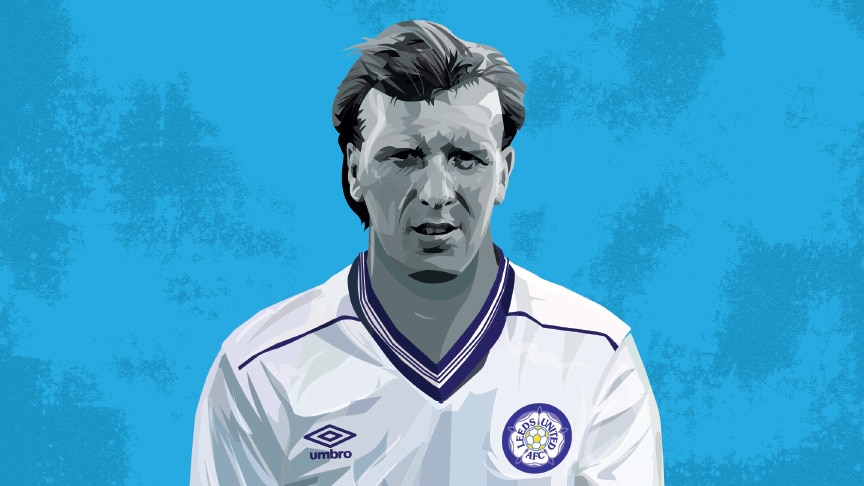 Five minutes from the end of an FA Cup fifth round match against First Division QPR at Elland Road, Second Division Leeds United were holding their opponents 1-1, in front of a sellout 31,324 crowd; the ground’s capacity was much reduced, and fans had clambered onto the roofs of shops on Elland Road to see what they could. They might have just seen John Sheridan’s corner at the faraway Kop end being flicked on by John Pearson; then, judging by the noise, they might have thought a bomb had gone off.

This was 1987, and when Brendan Ormsby hung in the air at the back post and thundered his header into the net to win the game, it was the best thing that had happened at Elland Road in the 1980s. It was the biggest crowd since 1982, the best result, and the place the goal won in the FA Cup quarter-finals inspired the most optimism. Ormsby, the captain, a strong and influential centre-half who played in Europe for Aston Villa before dropping from the First Division to join Leeds in 1986, was a hero.

But football is cruel. Led by Ormsby, Leeds got to the FA Cup semi-final; against Coventry City at Hillsborough they were a goal up and confident in the second half, until Ormsby’s mistake let Dave Bennett cross for Micky Gynn to equalise. Leeds lost in extra time, and Ormsby was distraught, blaming himself. There was still a chance for even more significant glory, by returning Leeds to the First Division through the play-offs, and Ormsby was again heroic, bundling Bob Taylor’s shot into Charlton’s goal to earn a replay. But in the first half of that replay Ormsby’s knee twisted and his cruciate and medial ligaments snapped. When John Sheridan scored the free-kick everyone thought had won the game, Ormsby was in the stands, leaping up with the rest, ignoring the pain in his knee; when Peter Shirtliff scored twice, and Leeds lost, the pain was all that was left.

Brendan suffered a stroke in 2013, and among the health problems he and his wife Wendy are coping with, as they told BBC Look North recently, are memory problems. Leeds United fans don’t have a problem remembering Brendan Ormsby. When they do, the semi-final and the play-offs are swept aside, because it’s the QPR match they remember. The QPR match, and Brendan Ormsby’s goal, Leeds United’s goal of the eighties. Football is cruel, and it picks on heroes. Brendan deserves better, and after seeing the difficulties he and Wendy are facing, football fans, from Leeds and Aston Villa, are defying fate by ensuring Brendan and Wendy get the better life they deserve.