Brentford 2-0 Leeds United: Work It Out 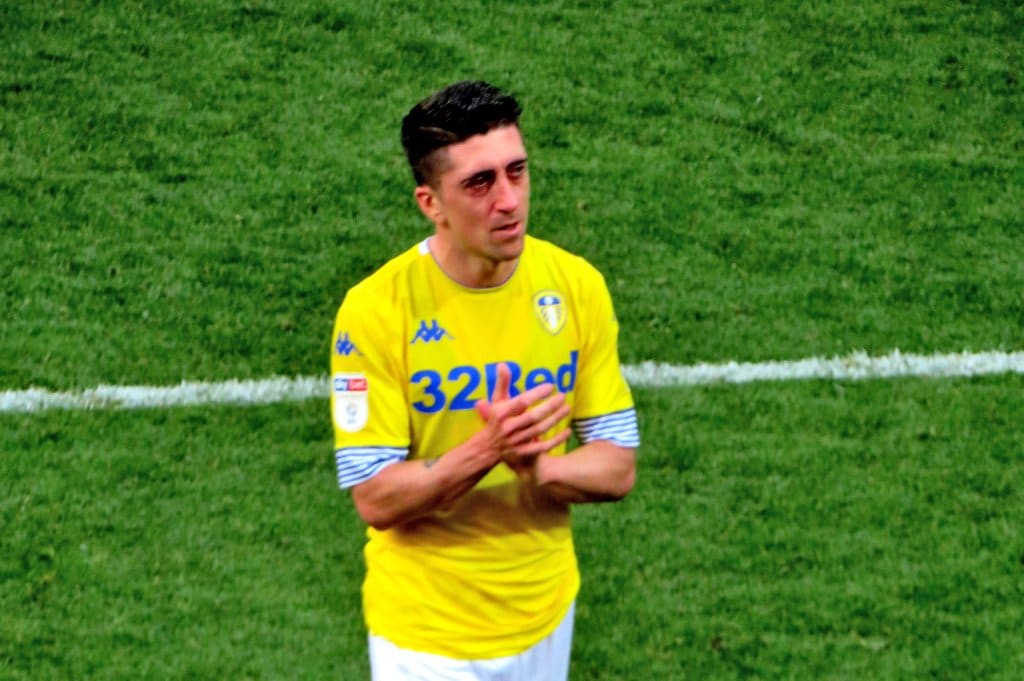 Leeds United are 3rd in the Championship, nine places higher than this time last year, with 25 more points, and it’s terrible. It’s their best season at this level since 1989/90, and it couldn’t feel any worse. They’ve scored 74 goals, compared to 56; conceded 46, compared to 62. It’s a disaster. Mathematically Leeds United could win the title; if Sheffield United don’t win their last two games, two wins would take Leeds up to the Premier League automatically. The despair is intolerable.

This is the price of being good and discovering how hard that is, and of becoming so enthralled by Marcelo Bielsa that we forget that he’s human. The great mystery of the first few months of the season was how Bielsa had taken a team that, this time last year, was about to walk through their penultimate league game at Norwich as if it was Wes Hoolahan’s testimonial, and turned them into such a close facsimile of his famous Chile team that their goals could be played side by side so we could play spot the difference. The achievement was shocking and thrilling. It seemed magical. It was an illusion.

“Of course, the team has limits,” Bielsa said, after something resembling his team lost away to Brentford; it was his team, seen for itself. “This team has hidden many limits with huge effort,” he said. “With personality and by being demanding, each player has played very close to their maximum in many games.”

Against Wigan Athletic on Friday and Brentford on Monday the team came to the brink of where their maximum could have taken them, and snapped back as if on elastic to a place so far within their limits that they were recognisable as themselves again. Bielsa’s point is that all season the players have been performing a role, like actors, according to a script he’s written and travelled with from theatre to theatre; now, with bigger audiences and bouquets ready to be thrown, they’re fluffing their lines. For us watching them, our disbelief is no longer suspended. Peter Pan wasn’t flying, after all; there were wires above the stage that we chose to ignore, until now, when it’s all come crashing down, and Wendy is landing near to the crocodile’s teeth.

It’s like the disappointing reveal of the workings of a stage trick, and you could see the magician’s hands working from the start against Brentford. Liam Cooper, making an unexpected return from injury, crouched in discomfort and looked anxiously towards the bench after just ten minutes; before he could seek treatment, Ezgjan Alioski had overtaken him on his way to the bench, his formidable season-long fitness failing him at last, injured and destined to miss the rest of the season.

Leeds already had a questionable shape at the back, as Bielsa picked Adam Forshaw to play instead of Kalvin Phillips, believing Forshaw would take the ball and the game forward to Brentford. He did, popping up around the edge of Brentford’s penalty area, where he was too shy to shoot, but the gap he left on the edge of his own area — a gap Phillips would have filled — was crucial to Brentford’s two goals. Everything pushed forward behind Forshaw, including Pontus Jansson, creating a dog-legged defensive line between Liam Cooper and Alioski’s replacement, Stuart Dallas; Sergi Canos’s pass behind Jansson put Neal Maupay through to beat Kiko Casilla just before half-time.

Brentford’s second goal, on the hour, reversed Maupay and Canos; Ollie Watkins ran from the left and passed to Maupay on the edge of the box, who passed into it for Canos before Forshaw, running back from half-way, could reach him. Dallas and Klich couldn’t get close to stop Canos scoring.

The second goal was the third of Brentford’s three shots on target, contrasting painfully with the feckless finishing in the other direction. As Leeds swarmed forward in the opening stages, Pat Bamford put a shot just wide; when he and Cooper pressed in midfield they released Tyler Roberts, but a heavy first touch rolled the ball into the goalkeeper’s hands.

After sixteen minutes, Bamford got the ball just inside Brentford’s box, but the chance was squandered and stolen; squandered, because Bamford didn’t just hit the ball into the net, and stolen, because referee Keith Stroud wagged his finger at Bamford when Julian Jeanvier swiped his ankles and left him on the floor. Leeds make so little for themselves, that they can’t afford not to be given decisions like these; given Ollie Watkins’ dive won a penalty and a point for Brentford at Elland Road, the Brentford Tour of Injustice 2018/19 begins to have a significant bearing on our season’s outcome.

Not as significant as United’s failure to do themselves justice. Tyler Roberts had a chance to equalise as soon as Leeds went behind, but didn’t hit the ball cleanly, and there was nothing in the second half to suggest Leeds would score before or after Brentford’s second. As against Wigan, they went through the motions, practising the lessons and the lines of Bielsa’s style of play; the conviction had gone long before the end, as the players looked convinced it wasn’t going to be enough. Some of them were in tears at the end; for the last ten minutes, they’d just been waiting for the whistle to cry, so they could too.

Bielsa went to the players to comfort them. “I thought that they deserved, I wouldn’t say tribute or good words, but they deserved that I be close to them for all of the effort they have made,” he said. “Pablo Hernandez wants to finish first or second. He and the whole team, but especially him, so I understand how he feels,” he added. “But football, every day, gives new opportunities.”

This whole season has been a new opportunity, and the opportunity of being top of the league at Christmas means that the objective positivity of United’s situation — guaranteed at least the play-offs, a three-game shootout for promotion — is overwhelmed by the subjective pain of the chance lost, and the dreadful state of the team in two games against Wigan and Brentford that were, in themselves, a shootout for promotion. Our illusions about this team, and this coach, have been shattered, and it hurts to learn that none of this is magic, after all, but built from humans and work.

Knowing that fact might bring us calm. The question of automatic promotion could and should be mathematically settled before Leeds play again, and the first play-off game isn’t until 11th May. “Football, every day, gives new opportunities,” says Bielsa; that’s a lot of days, and a lot of opportunities. This season has been magical beyond belief, but nobody is under any illusions now. We’ve seen the hand of the master at work, and seen it losing its grip. A tighter hold is required, because there’s still time for this wonderful, horrendous, terrible, awesome season to work out right. ◉