Albion’s 2-0 win over Leeds confirmed they’ll be in the Premier League again next season, when in all likelihood their cause will be helped by another six points from Bielsa, no matter what heights he might propel the Peacocks to next. 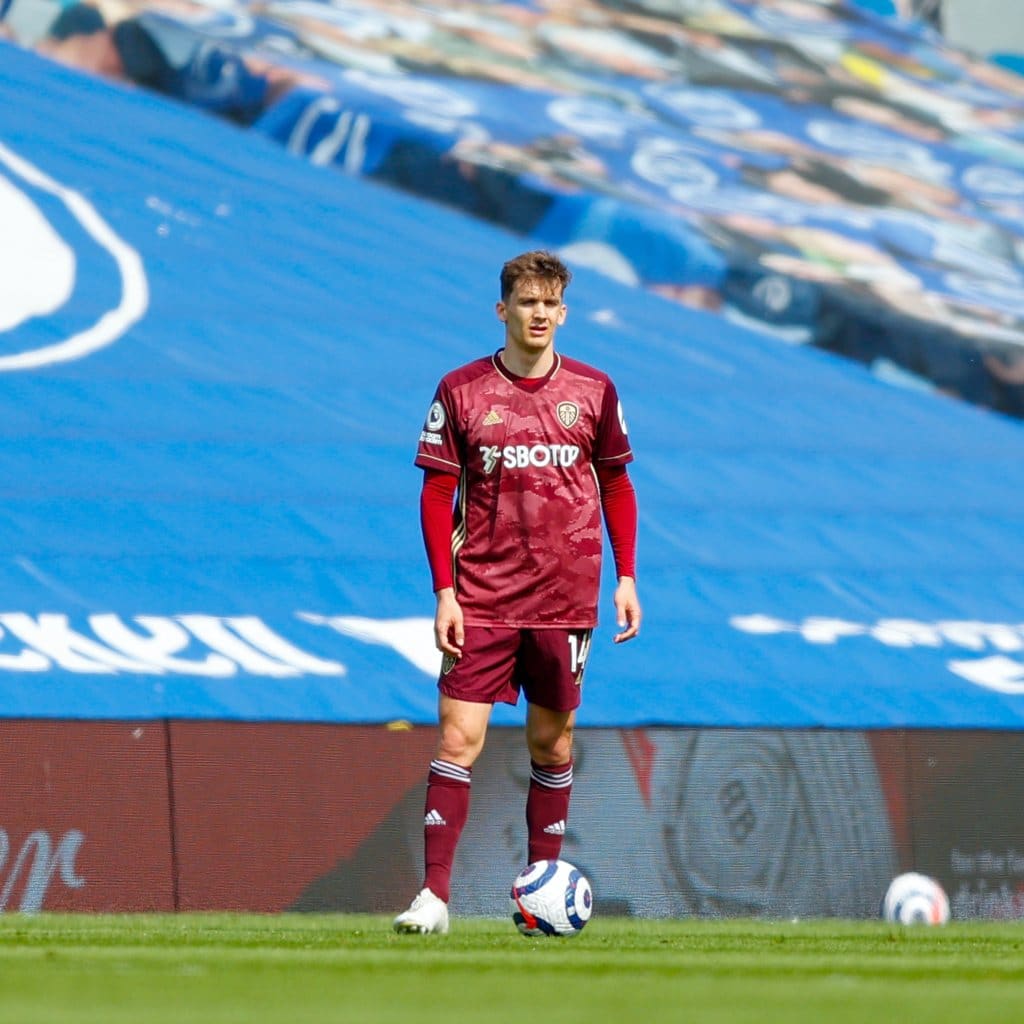 Think up anything you like, from sticking the hungry kids in with their always ready stereotype, or spending millions buying better for every position on the pitch. Those things might work: Leeds could get into Europe, win the Premier League, beat Manchester City, Liverpool, anyone. And Brighton will keep their sheets clean against Leeds anyway, pick up the league points, maybe knock them out of a cup for good measure.

There is and will be no easily identifiable cause or reason, just as it was hard to say how or why certain teams had such strong claims in the Championship. Travelling might have been a factor with Millwall and QPR, who were both beaten at Elland Road every time, although not without difficulty, and both frustrated Bielsa permanently on their own patches. But not even Garry Monk could explain his three wins and a goalless draw against Bielsa, an aggregate score of 5-1, when his groups at Birmingham and Sheffield Wednesday could only manage finishing 17th and 16th with his help through the rest of the season.

Perhaps Graham Potter is the new Garry Monk. Monk used to be spoken of as a contender for England manager, while Potter has been mentioned recently in the running for the Tottenham job, along with fellow Premier League basement dweller Scott Parker. Their clubs are 14th and 18th, but the managers are benefiting from the elevation sections of the English media give to homegrown coaches, who surely must by birth be the best in the world, as if Burnley’s board are all that’s holding Sean Dyche back from epochal greatness. Potter has the glamorous advantage of previously coaching in Sweden, putting him on an urbane edge with the young Roy Hodgson, back when he was dressing like a detective at Malmo. Coaching abroad suggests a person is open to progressive ideas that, being English, they will inevitably improve upon, or so the theory goes. In Hodgson’s case he was more concerned with expanding uncultured Swedish minds to meet the expansive possibilities of 4-4-2 and the English long ball.

The defining characteristics of Potter’s Albion also have a slight early-1980s air. Three big lads in central defence, as big as you can find, then a couple more as full-backs. Midfielders who will run all day support a striker who, they hope, ‘can come good’; a top-four exile on the downslope is chucked in, a statement of ambition whose desire to get back in the England squad looks like it’ll work on paper. Put them all together, sit back, and turn a stupendous defence — Brighton are 3rd on expected goals conceded, 9th for real life — into a season of failure, spent battling relegation. Unless they’re playing Leeds.

Leeds were dire against Brighton in January, the Elland Road quagmire’s last stand before an emergency pasture was sought and bought from Spurs. Now in May, on a pitch as smooth as paying for cocktails with American Express, after six weeks of exceeding expectations against Super League wannabes and meeting them against Championship soon-to-bes, they were dire again, in a familiar Leeds-with-Bielsa way that makes me think they’ll have no problem beating Tottenham next week.

Leeds do this, which makes Saturday night’s online urging to tear this team apart feel more knee jerky than usual. They didn’t all wake up permanently terrible on Saturday morning, they just looked that way. Midway through the second half Luke Ayling let a simple pass roll under his foot and out for a throw-in, and Amazon’s lingering cameras zoomed for a close-up as he scratched his head, muttering to himself, looking like he was drawing no conclusions beyond a resolution that, next time he tried to do something he’s done a thousand times before, he’ll do it properly and not mess it up.

Him and everyone else. There are two ways of defining an elite player. First is that they can do things at exceptional speed that others can’t do slow. Watching Neymar and Phil Foden in the Champions League semi-finals last week, okay, Florentino Perez, I could see why those two might belong in their own league. The other tell is the time they put between errors. Failure is inevitable, even for the best — Neymar and Foden can’t both win the Champions League this season — but class can be measured by the length of time between mistakes.

See, for a counter example, Ezgjan Alioski. He was nearly the player of the match at Manchester City, capping absurdly energetic defending with a calm and perfect pass for Stuart Dallas to score the dramatic winner. For 45 minutes at Brighton he was a disaster, giving away the free-kick that led to the cross that ended with him giving away the penalty that gave Brighton the lead. It’s not as if Alioski can always be found on his knees in the penalty area, gripping the thigh of an opponent, but if someone’s doing it, it’s probably him. Four games good, one game bad, I’ve been watching Alioski long enough to read the form and figure he’ll be good again next week. But in the Premier League, that’s not good enough.

Pascal Struijk took a hit here too. After being a revelation with Diego Llorente for the last couple of weeks, he panicked beneath a falling ball, letting Danny Welbeck spin and shoot into the bottom corner, killing the match with ten minutes left. If Brighton’s finishing had always been so precise, they could have scored four or five, a new hesitance gripping Leeds and allowing Brighton time in the Peacocks’ penalty area to overthink and miss. Liam Cooper has been tweeting lustily about the lost art of tackling during his suspension, and if he comes back next week to show how it’s done, that could spell the end for Harry Kane and the European Championships.

England’s Kalvin Phillips missed this game, after being injured in training, and Robin Koch filled in. As an occasional midfielder for Germany, Koch has been presumed to be the perfect deputy for Phillips at Leeds, and one day he might be, but here he looked still too full of his and Joachim Löw’s ideas about central defensive midfielding, when what we wanted was Kalvin, the same, but from Kaiserslautern. As if feeling unleashed, Koch was much more midfielder than defender, getting in front of Mateusz Klich and Tyler Roberts where Phillips would watch their backs. Perhaps he should be tied to Illan Meslier with a rope to help him learn the Bielsa style, but at Brighton, as almost always when Phillips is missing, Leeds couldn’t click on without the system’s big cog turning exactly as expected.

Perhaps too many little cogs were out of turn, too. Helder Costa joined Raphinha on the sidelines, both injured by Mancunians’ barely punished fouls, so Stuart Dallas was lost from the driving midfield work at which he’s been so effective, to right wing and left-back. Mateusz Klich replaced him in the middle, but came back as the 2021 edition rather than 2019’s vintage. Instead of Rodrigo and Raphinha, £47m of attacking, Leeds had Tyler Roberts and Ian Poveda, one not involved enough, the other over-intimate with the ball at his feet. When Rodrigo did come on, it was like for like in place of Pat Bamford, meaning he didn’t do anything, either, lost among the giant Brighton backs. On the left wing Jackie Harrison looked lost just looking at them; there had to be a striker somewhere in that forest of flesh, but neither Bamford nor Rodrigo can claim the foxiest six-yard box movement, so rather than seeking them out, Harrison settled for hit and hope crosses.

And all that sort of somehow kind of seems to explain how this game was lost, a bit. Players having bad moments, players having bad games, replacements playing different ways, players moving from their best positions, players struggling for form, players struggling for fitness, players lacking inspiration. Ahead of them, paths being blocked by blue shirts of unusual sizes and shapes. Looking for the root cause is like playing whack-a-mole, only the moles are multiplying, growing, have acquired arts of war.

As analysis perhaps it’s weak but I’m an amateur, a fan, content to be mystified sometimes and enjoy it when Poveda does some dead good skill (as he did). Besides, what was Bielsa’s analysis last season, when four defeats in five games culminated in promotion on the brink at Nottingham Forest? That everything was basically fine, and Leeds just had to do a bit better, that was all, like two months before when the same team had won seven in a row. Now we only have to go back a week to find Leeds doing better, going six unbeaten with Roberts and Alioski playing every game, Costa and Struijk playing most of them, as good a month at this level as Leeds United have enjoyed for sixteen years. Brighton & Hove Albion, then. Maybe it’s just them. ◉