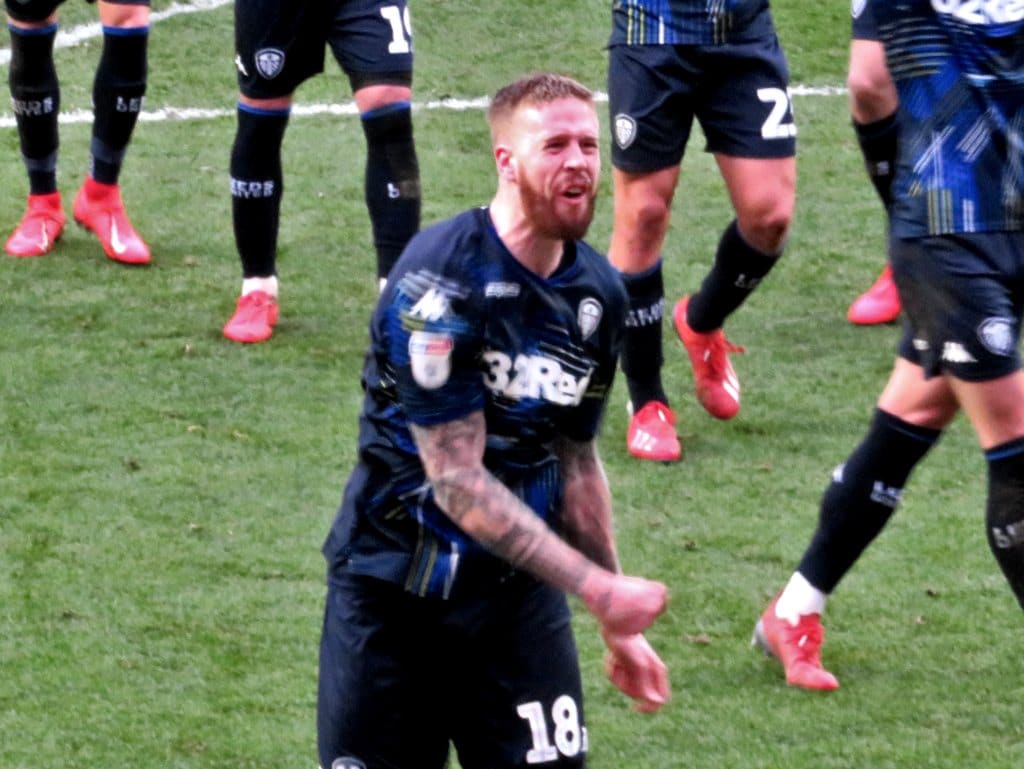 In a good detective story the tension doesn’t come from what you can’t see, but from what you can. A new piece of surprising information doesn’t add thrills to the drama, but frustration that we were being cheated. The real shocks come from suddenly understanding something that you knew from the start.

That might be why Marcelo Bielsa reveals his team two days before every game. The dramatic perfection of detective stories was a favourite subject of Jorge Luis Borges, the writer from Buenos Aires who dominated Argentinian literature throughout the 20th century, who identified one of the requirements of a good story as a ‘statement of all the terms of the problem’. We know how the story will end anyway — the detective will solve the case — the point is how they’ll do it.

The pleasure in football is not in being surprised by the line-up; the pleasure is in finding out how they’ll win the match. That’s one of the other main points of detective stories, according to Borges: ‘the primacy of how over who’. Another is, ‘economy of characters and devices’ — there shouldn’t be so many characters and actions that you can’t keep track of them all, when twenty-two players, two coaches, one ball and a referee are enough. So bring them all out and let’s get on with the game.

All the terms of the problem should be set out as early as possible so that the reader becomes absorbed in how they’ll be solved, but against Bristol City at Ashton Gate Leeds didn’t announce the drama as early as against West Bromwich Albion. Pat Bamford didn’t score until the ninth minute, but he did it with a twist, sliding in to finish Luke Ayling’s header across goal and sliding into the post, whacking his knee and earning himself a distinctive limp. That added an extra complication to the drama about to unfold: how would gritty Irish mobster Pat ‘The Blam’ Bamford carry out any more of his sharp shooting if he could no longer outrun his enemies?

Not that his goal was very sharply shot. Sliding in, he Beckforded his finish, spotting the empty part of the goal the way Jermaine did at his end of Old Trafford, and shoving the ball over there, rather than precisely finishing into a chosen spot. It was enough. The ball squirmed over the line, and Bamford had done what he had to do; they don’t all have to be pretty, although the build up was. Ezgjan Alioski crossed from the left wing and just over the halfway line, United’s left back picking out the forehead of the right-back, dashing down the right side of the penalty area. Ayling’s controlled header was always going one way, and was like a miniature detective story in itself: there was only one thing for him and Bamford to do, and the story from the moment the ball left Alioski’s boot was about how they would do it.

Alioski’s big cross-field pass was an early clue of how the rest of the game would go. It gave Leeds a lead to defend, and it described an early, elegant alternative to the hoodlum behaviour already going on in the middle of the pitch. Those paying attention to the story would have become suspicious of Bristol City’s coach Lee Johnson when the early stages contradicted his midweek press conference, when he sounded ready to take Leeds on with the sort of boldness that inspired their recent fifteen game unbeaten run.

“I think it’ll be a really difficult game,” he said, “but one we don’t fear and we accept the challenge of a good Leeds side, in front of a packed Ashton Gate and these are the types of games we want to be in and want to perform in … I always want to personally challenge myself and this is a game where we can do that.”

When stating the terms of the problem at the start of the story, here’s one: a guy who is not being totally straight. All along Johnson was planning a midfield battle, to draw Kalvin Phillips and Mateusz Klich in tight against Bristol’s players then play around them into spaces.

“That was my frustration,” Johnson said after the game. “During the week we felt we could expose them on that but we couldn’t get enough love of the ball to kill them where they could be killed.”

This wannabe killer talks tough, but what were Bristol packing? Not much. Jamie Paterson spoke before the match about modelling his play on Pablo Hernandez; inside the first twenty minutes he tore off Hernandez’s shirt. City drew Phillips and Klich into a midfield battle alright, that Alioski serenely bypassed for United’s goal, but that’s where the story ended. Leeds couldn’t play their way out efficiently because their key guy was down to one leg; Bristol couldn’t attack because their striker, Famara Diedhiou, was being pushed around by Pontus Jansson and Liam Cooper. In the second half, Johnson tried overloading with attackers. Bielsa sent on Gaetano Berardi.

The last of Borges’ requirements for a detective story is a solution that is ‘both necessary and marvellous’ and doesn’t rely on supernatural occurrences. That’s an apt description of Cooper, Jansson and Berardi, and the still new goalkeeper Kiko Casilla. It was a relief for a side that has been relying on teenagers through its injury crisis to be able to bring on Berardi, Stuart Dallas and Barry Douglas in this game; while the experience of Cooper, aged 27, playing his 100th game as Leeds captain; Jansson, aged 28, a World Cup international and captain of Sweden; and Casilla, aged 32, coming to Leeds after four years in an elite football environment, is giving United a pleasantly grizzled appearance just as the Championship promotion race is requiring their toughness. Casilla wasn’t drawn far enough to Bailey Wright’s forehead challenge to make the Bristol player’s claims of injury look anything but ludicrous; Jansson let Diedhiou have a couple of digs then gave them all back and more, while laughing at him. “It was a physical one,” Jansson said afterwards. “I had to fight for ninety minutes. That’s typical Leeds United.”

Leeds had chances, Jack Harrison unable to connect with a low Hernandez cross in the six yard box; he’d earlier been offside when heading wide under pressure in the same place; then an Ayling cross flicked Harrison’s head and was skied by Bamford; a shot on the turn was much too difficult for Harrison to finish; a run out of the corner using nutmegs and strength looked even harder but Harrison managed it, and when he pulled the ball back Tyler Roberts couldn’t finish. Bristol had some too; Leeds played their way into trouble and played Marlon Pack into space through the middle, a gap that quickly closed when the ball reached Diedhiou; Casilla blocked a cross shot by Pack with a well placed foot; then he stood up and blocked Matty Taylor’s attempt to lob him, after Diedhiou executed one successful flick on.

But the game — the story — wasn’t really about goalscoring thrills. A Pablo Hernandez netbuster or a rapido Alioski Europop special would have been out of place in this plot. Instead of exciting thrills, this game turned up the tension, piled up the moods, built up the frustration, and compressed the question. We start reading detective stories knowing that the case will be solved, but when we’re just a few pages from the end of the best ones, we start to worry that this time it might not. How, in the few pages left, is the hero going to crack this one? And how, in the final minutes, are Leeds going to win?

With those endings you feel relief as well as surprise, and admiration for the clever author that, after opening the story with a ‘statement of all the terms of the problem’ so many pages ago, made that problem seem impossible to solve, even though the answer was, in the end, obvious. Pontus Jansson, charging towards the away end at the final whistle with his fists pumping, was better than Diedhiou; Phillips was better than Paterson and Antoine Semenyo; Alioski rose above the fray and Bamford scored. We knew all that in the first ten minutes; it was just about how the case would be solved in the eighty that were left.

And then, of course, you have to add the football. Because no writer of detective fiction would allow the random elements inherent in a game of football to disrupt their airtight plot. That’s where Marcelo Bielsa is brave, avoiding flippant subjects like murder and writing his stories instead in the serious and unknowable genre of association football. He’ll go on naming his team early because that’s the first time he writes each necessary and marvellous victory. The victories don’t always turn out like that, but that’s why football is more beguiling than fiction, and why Bielsa’s pursuit of perfection is an art. ◉