Chant a chant for Gnonto 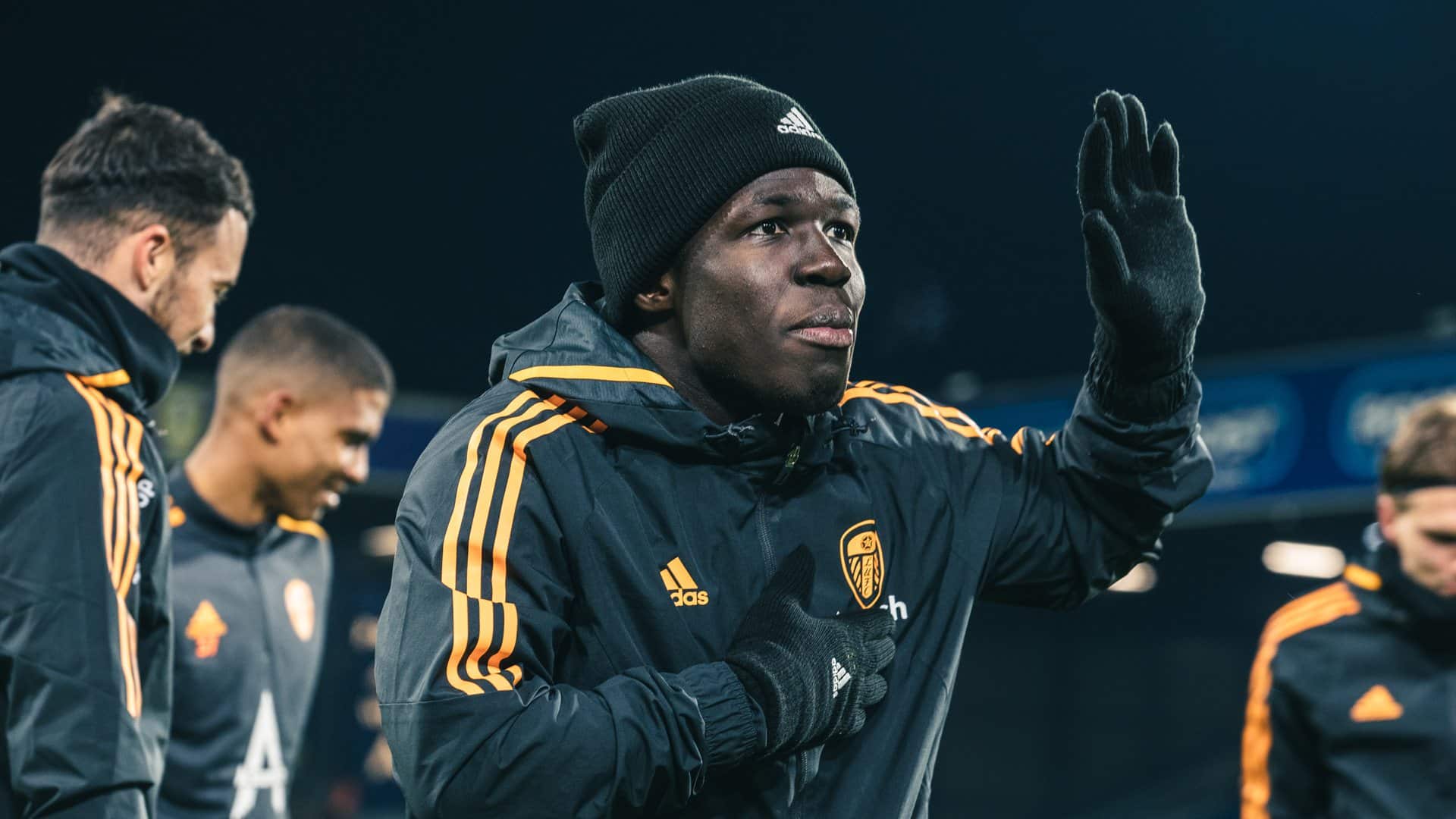 The arguments about how Leeds fans are singing about Wilf Gnonto have been aired so thoroughly that if they were going to make one budge of difference they would by now. The problem with so much of the conversation taking place on football-oriented social media’s charmless platforms is that people only use those anymore to either get entrenched or get angry, not to change their minds. There’s also no point appealing to better natures. The people who don’t like the song say it shouldn’t be sung because it upsets people. The people who do like the song reply that yes, they know, that’s why they like singing it.

We should at least briefly review here that the song’s last line — ‘His cock’s fucking massive’ — is repeating a racist stereotype that for hundreds of years has been used to dehumanise black men by reducing them to an outsized, dangerous sexuality. And it still works, as the song proves, by reducing Wilf Gnonto to being ‘an Italian with a big dick’. He has more to offer than that as a person and a footballer, but his skin colour means some fans are fixated, as hundreds of years of racist stereotyping has led them to be.

Somehow that isn’t enough to sway the argument, but the song will fade away eventually for a different reason: it’s not very good. Not many new football songs are. I think we’re in a real nadir of football songs at the moment, lost and floundering adrift of anything that can recreate the classic atmospheres people are yearning for from the 1970s or 1990s, back when ‘you could sing what you like’ and the crowds, by and large, chose not to sing dreck like this. It makes me laugh watching games from the 1960s, when men were supposedly men on the terraces and could sing what they wanted, and hearing how today’s ‘Get into ‘em, fuck ‘em up’ was being sung as ‘Get into them, get after them’. Because back in the good old days when nobody told fans what to sing, apparently they still chose not to swear. They also wore suits and hats to matches and honestly, if these are the good old days we want to bring back, I’m up for it.

Anyway, in the best of the best days on the terraces, fans didn’t sing as much as we think. They chanted. Sure, Ronnie Hilton gave us Leeds United Calypso in the 1960s, and from 1972 we got Marching on Together. But those were hit records written by people who’d had number one songs in the charts and knew how to do it. Even with Les Reed and Barry Mason turning from Tom Jones to LUFC to lend us their songwriting talents, the Elland Road crowd has never been able to sing MOT at the right speed or with the nah nah nahs sung properly instead of clapping. Chanting is where it has always been at.

Take Billy Bremner, the only Leeds United player with a statue outside Elland Road. What was shouted out loud to honour him from the terraces in the glory days of the 1970s?

There. That was it. Note how there’s nothing about coming from Scotland or his height or his hair colour. Take another great player of the era, striker Mick Jones:

Your average American high school cheer squad loves stuff like that — and that’s why it’s so good. Simple, easy to learn, easy for thousands of people to shout out loud.

What about Gordon Strachan, another legend, our only captain apart from Bremner to lift a major trophy?

That chant isn’t even specific to Wee Gordon, in fact it’s completely generic, a classic fall-back option when rhymes get complicated. Just chant about there only being one of them. Really loud, with loads of people joining in. Sorted.

Somehow, even as fans yearn for the good old days of terrace culture, the classic simplicity that got terraces pulsing with loud, popular chants has been lost in a mire of overcomplication. There’s been a recent trend of turning away from chants, towards songs, and with that has come an idea that players have to ‘deserve’ them. From this comes the restriction that, as something to be ‘earned’, a song has to be worthy, so that if there isn’t a handy Beautiful South tune and some measurements available, we’re going to need lyrics. So everyone starts getting their quill out trying to summarise a player’s life and style of play in verse, including piles of irrelevant biographical and anatomical stereotypical information as if we’re not writing a football chant but a medieval ballad. The 1960s had football rattles, maybe 2023 will be the year of the terrace lute.

What would be wrong if, instead of trying to come up with songs that half the fans will cringe at, we just went back to chanting? I’m bewildered why, after all this time, we’ve not heard:

— for Illan Meslier, especially when even Kiko bloody Casilla was snuck into a song because he fit the rhyme scheme with ‘Pablo Hernandez’. I can only think it’s either because everybody’s caught up trying to fit Meslier’s upbringing in France and his camping holidays and the depth of his voice into a fucking sonnet, or because the trend for ‘earned’ songwriting has introduced a vicious streak of pedantry that would have the true boredom freaks crossing their arms in silence during this chant until he wins a cap.

Details don’t work in football stadiums. The aim is volume, the method is getting as many people to sing as possible, the means is simplicity, making it easy to join in. This is where the arguments about the Gnonto chant have tipped over into selfishness — its adherents are more bothered about singing a song that most of the stadium won’t touch than changing it to something that will get everyone in Elland Road to join in. They’re sacrificing a better atmosphere so they can shout ‘cock’.

I mentioned the 1990s as a golden age of terrace singing, because at Leeds there was a beautiful time from the late 1990s into the early 2000s when every player’s name was chanted by the Kop in turn, just before kick-off, and each player would turn and wave. Life was simple and the chanting was loud:

When a reserve filled in, there was no debate about them having ‘earned’ a chant, although there might be some stifled giggles as the Kop lost a little heart while belting out:

But it still got done. And you know what? This was good. It passes every test that the Gnonto song, and much of our over-complicated book of ‘earned’ or never-sung songs, fails. And it carried over into games, too: with the chantbook established before kick-off, it was all there to shout during the match.

So what’s the solution to the Gnonto song? There have been dozens of cringe suggestions for replacing the last line, but the simple answer is usually the best: stop singing the song at all, start chanting his name instead. Personally, I’d like us to go with one syllable:

But I accept this is probably just me and I’m breaking my own rule about getting lots of people to join in. Other options can still cater to the penis obsessed:

But Gnonto, just two syllables but with a pleasing roll off the first, lends itself well to a version of the ‘Messsssssi!’ chant — another very simple chant for a genius about whom ballads and sonnets and epics could be written — that Barcelona fans used to enjoy:

Or for something more local to Leeds, just borrow the old Batty chant:

But whatever goes, goes. My humble suggestion is ditching the composing of biographical ballads for a few selected players deemed to have ‘earned’ one, in favour of more chants for all of them. Fewer words, more volume, better atmosphere. That’s the aim, isn’t it? ⬢