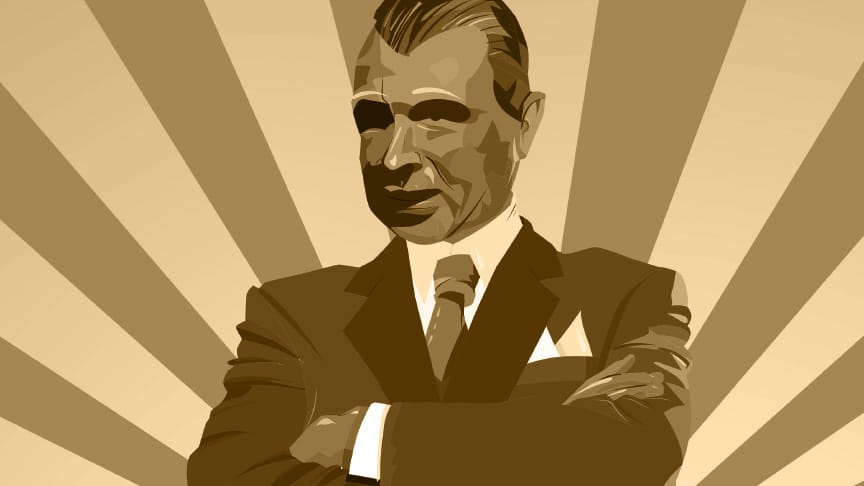 “Until it is stirred up,” said new Leeds United chairman Major Albert Braithwaite, in 1924, “Leeds is the most lackadaisical place in the world, and will let anybody do its job.”

Perhaps his fellow director, Alf Masser, could be accused of creating the temptation to laziness for the rest of the city. If there was a job worth doing in Leeds, Alf Masser was probably already doing it. It was inevitable, but also fortunate, that Masser should have been integral to starting Leeds United Football Club, preventing Leeds City’s closure from meaning soccer in Leeds slipped through the fingers of its lackadaisical population.

Alf Masser was born in Leeds, the son of a travelling cotton salesman, and won a scholarship to the Yorkshire College — that became today’s University of Leeds — that helped him set up in practice as a solicitor in 1900, aged 23.

Masser’s work was prodigious; he defended everything from traffic offences to murder, and estimated later in life that he’d travelled more than half a million miles in his work, averaging more than 2,000 cases per year. That wouldn’t have left much time for anything else, in theory, but in 1910 Masser was elected as Liberal councillor for Leeds North-West, beginning a record-breaking 40 continuous years on the council, where he campaigned tirelessly and successfully to establish municipal golf courses in the city.

Even that was not enough. Masser was on the Tramways committee, judged gymnastics competitions, helped found Headingley (Rugby) Football Club and captained its ‘A’ team, and travelled to Switzerland to try his hand at curling. He was active in Leeds Lifeboat Fund, Yorkshire Flying Club and Yorkshire Automobile Club, usually at the front of their time trial races. In 1912 the Automobile Club held their gymkhana at Headingley, and Masser finished first in a ‘highly diverting’ contest of motoring musical chairs, by transporting Mrs F. Catton around the rugby pitch.

On top of all that, Masser was one of the loudest, most energetic and often dissenting voices among the first shareholders of Leeds City FC. The club was bankrolled by Norris Hepworth, managing director of the enormous clothing business that survives today as Next, but Masser was adamant from the start that the city should not be putting the fate of its football team into the hands of one man. He argued that a more successful and prosperous club could be built if a few thousand supporters put in £5 each and elected a board of directors.

Hepworth, watching his personal fortune pouring into the bottomless pit at Elland Road, was inclined to agree, but Masser could never inspire enough interest to take the burden from Hepworth’s shoulders and onto the city’s. He joined the board in 1910, working alongside Hepworth to try to relieve him, and was a bearer of Hepworth’s coffin in February 1914. Losing its benefactor on the eve of the Great War began a chain of events ending with City’s expulsion from the Football League in 1919.

On October 17th 1919 Leeds City was put to rest, when the Football League committee came to Leeds to auction off the players at the Metropole Hotel. But Masser was in no mood for a funeral that day, and put all his energy into resurrection. With Mark Barker, Charles Snape and former City player Charles Morgan, Masser went to the hotel and met the League’s committee, in the morning before the auction and again in the afternoon. The Yorkshire Post described the sale of the players as a ‘melancholy spectacle’, but that was history already as far as Masser was concerned. He was talking to the League about the future, and a new football club, to be called Leeds United.

From the plush hotel in the city’s banking district, Masser and his associates crossed Leeds Bridge and went to the River Aire’s industrial south banks, where they had called a meeting amid the breweries, soap works and leather market, at Salem Hall. The players had been transferred, the fixtures and fittings had been sold, Elland Road was being rented to Yorkshire Amateurs. But inside Salem Hall, Masser had all he needed: one thousand soccer enthusiasts who, the Leeds Mercury said, ‘had obviously come straight from artisan work.’

Masser had gained the support of the League, who agreed there ought to be a new club in Leeds. What Masser asked now was for, “2,000 sportsmen [to] be found in the city who would each put down £5.” He called upon the room to vote, to establish a new football club, a limited company to run it, and a supporters’ club to sustain it. “I hope the vote will not be taken lightly,” he said. “Unless I have you behind me, I finish.”

Salem Hall was behind Masser: the motions were carried unanimously. What was ahead of him, and the new club, were events that overtook his ideas; Hilton Crowther, from Huddersfield, stepped in as benefactor, diverting Leeds United from Masser’s vision of a club owned by the people. But that’s another story, of the 18th October, and on and on.

Masser, for his part, supported Crowther. He said he was, “a real sport, prepared to give to Leeds something which Huddersfield had never appreciated.” Masser was vital to the fundraising and canvassing required for early election to the Football League for 1920/21 season, and remained on the board initially until 1926; he returned in 1931 and was chairman from 1933 to 1937. His energy helped the board, and chairman Ernest Pullan, pull the club through the Second World War, and Masser was active and indefatigable until his death in 1950, aged 73.

In many ways, Masser was the archetypal football director, a precursor for the likes of Bill Fotherby. Amid complaints about the distribution of balance sheets to shareholders, Masser wryly observed, “I remember being carried onto the platform as the heaven-sent deliverer of association football in Leeds,” in 1919, “And I told them that within three years they would be demanding my resignation. And so it came to pass.” When Masser first retired from the board, in October 1926, an angry letter to the Leeds Mercury complained that, apart from ‘a touching and welcome reference’ at the annual general meeting, there had been no tribute to Alf Masser for his work in founding Leeds United, just seven years earlier.

To properly recognise Masser’s work for the city — its golf courses, its tramways, its sports clubs — would require a deluge of tributes, and many were given in 1950, when his funeral cortege rolled through Roundhay Park. Leeds United Football Club owes him one tribute in particular, to his work making sure that 17th October is the date we remember the start of a new football club in 1919, and not the end of an old one. ◉