From DOL to El Tel 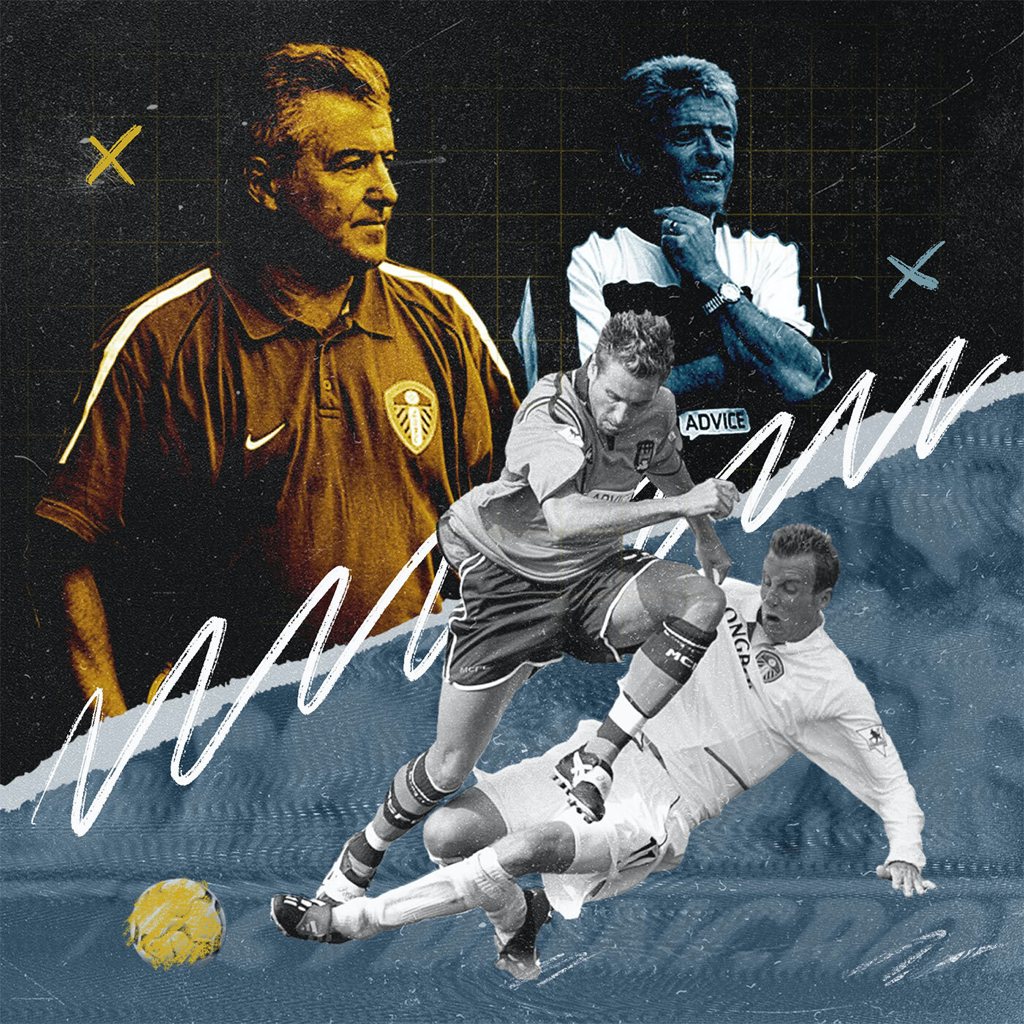 Sacking David O’Leary and making Terry Venables the new Leeds United manager in summer 2002 was not an admission of impending disaster.

Leeds still believed themselves deserving of the Champions League, and Venables was the big name appointment to take them there. The end of the O’Leary era was to be the start of the success he had only promised but never delivered.

Leeds had rarely prospered with famous managers. Major Frank Buckley and Raich Carter were household names of the 1950s, but it still took most of that decade to get Leeds out of Division Two. Howard Wilkinson managed it quickly after dropping down from First Division Sheffield Wednesday, but his stature in the game never tipped over into celebrity. After him, George Graham took Leeds back into Europe, but soon demonstrated the risk inherent with a star manager, jumping for supposedly brighter lights at Tottenham.

Apart from them? Brian Clough, 44 days. Jock Stein, 44 days. The greatest success had come from within, by promoting Don Revie from player to manager. David O’Leary had also gone from the backroom to the limelight, but the glow up had gone to his head. Jonathan Woodgate was now 22, Harry Kewell 24, Lee Bowyer 25; the infamous and incessant ‘babies’ lines were out of date. Danny Mills, criticised for his temperament in O’Leary’s tabloid columns, answered with five mature games for England at the World Cup. Everybody was still pissed off about his book.

It had been easy for O’Leary when the lads were fresh from the Academy, enthused with Eddie Gray’s love of the game. He only had to tell them the night’s opponents were Anderlecht or Deportivo and send them out to do their thing. But as the players learned more about the football world beyond Wetherby, they had to wonder if the coaches at more established Champions League clubs were doing something O’Leary did not, or could not.

O’Leary didn’t see it that way. He was mystified by his sacking, dismissive of his replacement. “He’s very lucky to inherit what he has,” said O’Leary, on the eve of the season, claiming Venables could cherry pick O’Leary’s ideas from the heads of the backroom staff. Dom Matteo was the new captain, but O’Leary was going to do that. “I read the other day that Venables had ‘attracted’ Nicky Barmby,” said O’Leary, about the £2.75m summer signing. “Personally, I don’t think it was much of a coup.”

But there was a feeling around Venables that he had taken the path O’Leary was now following and gone right to the end; now he wanted to turn back and rediscover what he’d lost along the way. At Leeds, the PLC would handle transfers and financial decisions, and that seemed like an advantage. Venables would be free to concentrate on the sort of hands on coaching that had made him an innovator, taken him to Barcelona, almost won the European Championship for England. After getting too comfortable with the studio pundit’s life, he was itching to put on his windcheater and work with players again; as soon as had fulfilled his filming commitments with Judith Chalmers on ‘Wish You Were Here?’.

There would be changes, but changes could be good if they brought tactical rigour to the childish abandon of O’Leary’s babies at their best. Not everything was going to plan, though. Lee Bowyer, Olivier Dacourt, Robbie Keane and Gary Kelly were all due to be sold: the deals fell through, and the one player Venables wanted to keep ended up at Old Trafford.

“We only actually bought Rio Ferdinand in the first place,” claimed chairman Peter Ridsdale, “because Jonathan Woodgate’s position was uncertain, due to his involvement in what turned out to be two trials. Now we have got him back and made a healthy profit on a player we only bought as cover in the first place.”

Publicity Pete was having credibility problems, that he thought he could solve by saying things like this, with newly hired public relations ‘guru’ Max Clifford by his side. “I’ve never known another football club that so many people have such a negative image of,” said Ridsdale, adding, as if he’d never seen a mirror, “For reasons that are difficult to put a finger on.”

Closer to home, only winning seven of seventeen as the previous season’s title bid collapsed was the first big reason for negativity among United’s own fans. Selling Ferdinand was the second. In third place, hiring cockney wide boy El Tel was a hard sell in Yorkshire, but the return of football on a hot sunny day in August can have its own optimistic magic.

Leeds opened the Premiership season at home to Division One champions Manchester City, whose own former England manager, Kevin Keegan, had replaced Shaun Goater up front with Nicolas Anelka, an indication of the cultural change intended for their last season at Maine Road. “I look around our squad and think, hey, we could be fighting for honours this season,” said Keegan.

Venables had looked around his squad and found six top class strikers, and decided his trusty Christmas Tree formation was the best way to get as many of them on the pitch as he could. Mark Viduka was the angel on top, with Harry Kewell and Alan Smith just behind. The three looked so confused that after fifteen minutes Venables came down from the directors’ box to the touchline, just in time to see his midfield make an impact. There was no room for Olivier Dacourt; instead he picked three all-action bees: Eirik Bakke, then Lee Bowyer, whose cross was deflected and sharply volleyed in by the new boy, Nick Barmby.

Anelka should have equalised when Bowyer aimed a back pass right at him, but United’s strikers were better, and City’s defence was a shambles. Just before half-time Barmby broke their offside trap on halfway, and Viduka ambled into the penalty area, picked a spot in the bottom corner, and scored.

Paul Robinson was busy in Leeds’ goal but City were summed up by their substitute: ex-Leeds striker Darren Huckerby threatened much but finished never. As the Blues attacked with typical Keegancy, Venables brought on Robbie Keane, who scored the third in his new manager’s image. Goalkeeper Carlo Nash must have caught a whiff of the cigar smoke and brandy, but couldn’t catch Keane’s stuffed-couch chip from the edge of the box. Not everything was new: Keane still had time to miss a simple one-on-one, his signature move.

3-0 might have flattered Leeds but Venables’ winning start and Barmby’s man of the match show did more for Leeds’ floundering rep than any of Ridsdale’s desperate interviews. The newspapers could ignore Publicity Pete’s attempts to fluff up his club, his PLC and his share price, and they could be catty about how long Venables’ tan would last in the shade of the West Stand in Leeds. But on Sunday morning they agreed it would be foolish to write off this team, their manager, and their title credentials. ◉