We Can Feel It

Grenadier of The Year 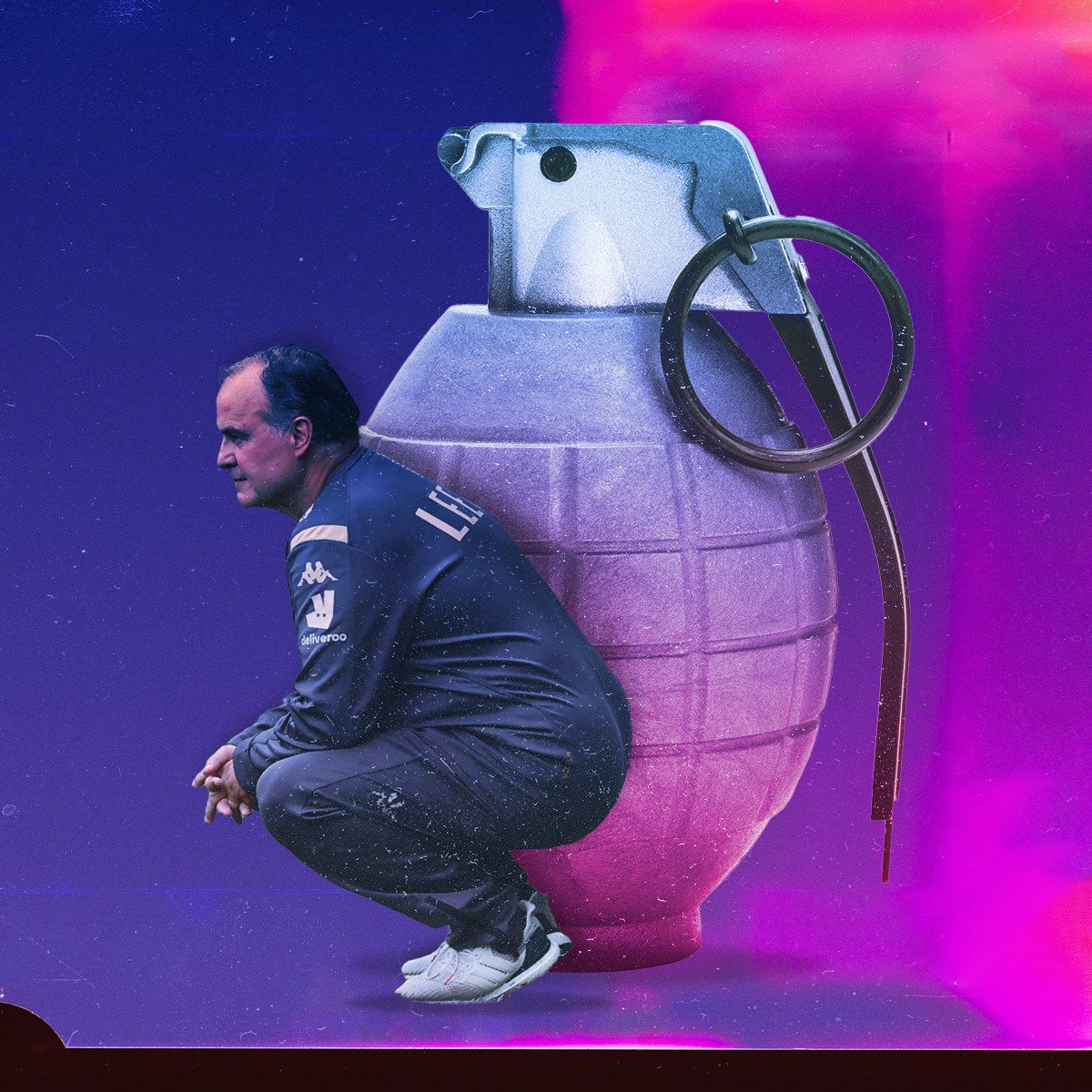 We’ve all heard the story, but it’s always worth repeating: Marcelo Bielsa, confronted by angry Newell’s Old Boys fans at his home, appearing at the front door holding a hand grenade. The barras bravas, no longer feeling quite so brave, wisely deciding to leave it.

“The madness sparkled from his eyes,” one supporter told Kaiser magazine. “Nobody could look at Bielsa, only at the grenade in his hand. We imagined he would face us with a shotgun, not a grenade.”

Bielsa is a very different man these days — more El Plato than El Loco — although the sanitised sanctuary of English football is unlikely to throw anything at him more dangerous than he faced in Argentina, Mexico or Chile. The outrage in some quarters about his FIFA Men’s Coach of the Year nomination will not have diverted his attention from this weekend’s trip to Everton, but I’m not ashamed to admit it got under my skin.

On Wednesday morning, Daily Telegraph journalist Matt Law tweeted: “Chris Wilder, Frank Lampard and Dean Smith all did better jobs than Bielsa last season. But they are English so they are not allowed to be nominated or recognised.” Law later doubled down on his #hottake with a piece headlined, ‘Cult of Bielsa has infiltrated Fifa headquarters – so why do British coaches never get a look in?’

Let’s start by answering that question using the examples Law offered in his tweet. Last season, Real Madrid were the only club in the world to record a higher net spend than Aston Villa, according to the CIES Football Observatory; under Smith’s Coach of the Year management, they avoided relegation by a single point. It’s true that Wilder did a fine job guiding Sheffield United to 9th in the Premier League; sadly, his record this season is played nine, won zero, drawn one and lost eight.

As for Lampard, continuing his brave quest to unearth definitive proof that it’s not what you know but who you know, 2019/20 was the second consecutive season in which he took over a club and guided them to fewer points and a worse goal difference than the previous season — not to mention, in the case of Chelsea, fewer trophies. Sure, you can point to the transfer ban and loss of Eden Hazard, except Chelsea had already signed Hazard’s replacement, Christian Pulisic. Lampard also banned his squad from talking about their inability to bring in new recruits, insisting: “I don’t need new players.” After a 4-0 defeat to Manchester United on the opening day of the season, his tune had suddenly changed. “Let’s be clear, with the injuries we have and the fact we couldn’t bring in players, this is a work in progress.”

Matt Law generally has the vibe of someone who doesn’t believe you can get an Uber north of Watford, and it’s the tinfoil hat little-Englander mentality that is most depressing. He sees the world as a place where British coaches are “not allowed to be nominated or recognised”, where Bielsa is the leader of a “cult”, where FIFA’s headquarters have been “infiltrated”, a reflection of the frightened, illogical, small-minded outlook that has made England the laughing stock of Europe. Don’t tell him, but I’ve heard Bielsa makes Jamie Shackleton eat straight bananas, too.

After thinking this over for a while I stepped back, took a deep breath, and was struck by an epiphany of universal wisdom: fuck ‘em. No, seriously: fuck ‘em.

Criticism of Bielsa will always be difficult to understand. Here is a man who rejects acclaim thrown his way in victory and refuses to blame anyone but himself in defeat, who explains his thought processes and apologises if he is deemed to have done wrong (whether he agrees with the condemnation or not). Here is a man who has worked his entire life to make football a means of improving the lives of those less fortunate than him.

It’s only a matter of time before someone else follows Matt Law, Gabby Agbonlahor or Mike Parry. Welcome to the Premier League — isn’t it great? They pop up every week, like whack-a-moles, to tell us Bielsa ain’t special; thankfully, truth does not belong to those who shout loudest. We don’t need grenades for them, because we can feel what they can’t. ◉