Growing up a Leeds fan outside of Yorkshire is not easy. In my school in Cambridgeshire, supporting Manchester United was as much a part of little boys’ identities as gelled hair and mud-encrusted trouser hems. The reds’ dominance coincided with the advent of Facebook, so lads flocked to incorporate the club very literally into their personas. There’s a boy from school — always picked first for PE — who, to this day, I can think of only as ‘Connor ‘MUFC’ Lane.’

All ‘Man U’ fans gave reasons for supporting them, each twice as flimsy as the last. The truth, in all cases, was clear as day — they were the best. Naturally it was irksome to me that Manchester United held a monopoly over young football fans in my area, more irksome that the club were doing extremely well, and most irksome of all is that I’m still talking about it now. 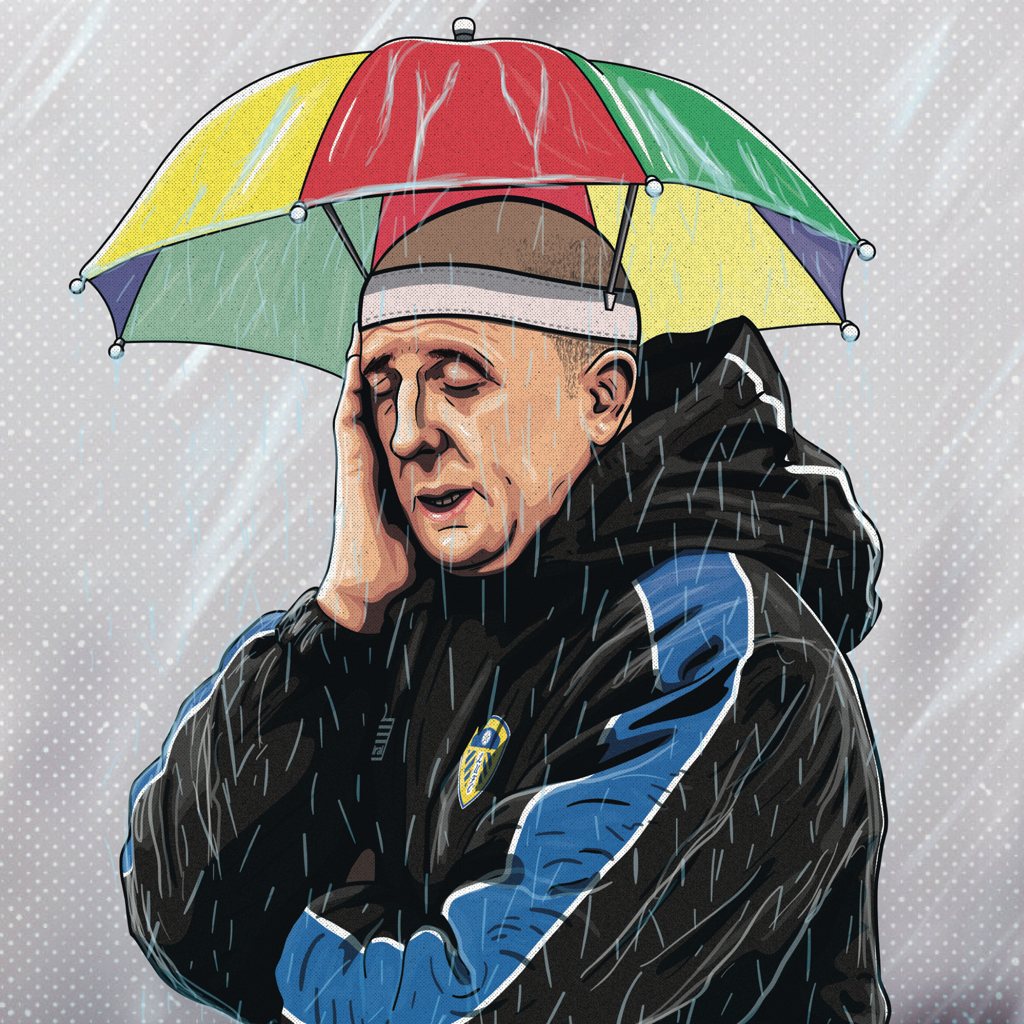 Legend goes that one of my girl friends at school traded a stack of crap Match Attax (‘just a load of Everton players I’m pretty sure’ she tells me) for a single Cristiano Ronaldo card of the rarest variety. She believes she secured this less-than-equitable exchange as the boy who made it, a fool by his peers’ estimations, massively fancied her. Manchester United constituted romantic currency and a piece of card bearing a portrait of their star player was now being bandied about the playground as a love token. Imagine my horror.

It is better to be hated than ignored, and it was their indifference that killed me. They were supposed to hate Leeds. They didn’t care. I was Richard, bravely facing up to battle, while Henry sat about drinking mead with his fellow Lancastrians, unbothered by the threat the Yorkshire Rose failed to pose. It was as though these fledgling Red Devils hadn’t even heard of Leeds United. I shamefully took up supporting Chelsea both as a means of involving myself in the football conversation and, more importantly, fighting the Scum in a kind-of proxy conflict. It was desperate.

In 2008, something happened that promised to change all that. Finally, an opportunity to put Leeds on the map. What’s that coming over the hill? Step aside Fergie. The Beast of Beeston was coming to the South-East and soon, when children all across Cambridgeshire cast their minds northwards, they would see the Don Revie Stand, not the Stretford End. Leeds were throwing off their invisibility cloaks and stepping into my local spotlight.

The day Leeds United were ousted from the FA Cup at the hands of a small village team from Cambridgeshire was and remains the most legendary event in the history of Histon Football Club. I live a ten minute drive from the Glassworld Stadium and it was a big occasion for my family. One of the only football games the five of us have gone to together, it was so exciting that one of my sisters watched it from the railway bridge outside the ground when we couldn’t all get tickets. When asked recently what she remembers, she said, ‘it rained and Leeds lost’, and as match reports go, you can’t really argue with that.

My perception of that day is scarcely more lucid. I only have two memories of the match. The first, shivering my guts out while staring into somebody’s back, occasionally snatching glimpses of the action on my tip-toes. The match was a very soggy affair. Robert Snodgrass and Luciano Becchio were to become iconic players of my childhood, but that afternoon they were nothing more than swamp men lumbering about in the mud. I remember feeling cold to my bones and, in November, once you’re wet, that’s that. Not even my historic half-and-half scarf — still a treasured item — could keep me warm.

My second memory? Sitting in front of the telly at home, clutching a mug of hot chocolate with a much better view of the game in the second half. It seems a shame in hindsight, but leaving was the right thing to do — I was shaking more violently than Alioski shakes a tunnel.

That season, Steve Fallon’s vintage Histon side finished third in the fifth division but were knocked out of the play-offs by Torquay, who subsequently won promotion to League Two. It was Histon’s highest ever league position, and the closest they ever got to escaping non-league football. Their defeat of the Mighty Whites came just months after Leeds placed fifth in the third division, the lowest league position in their history. While the ‘Stutes’ were in their prime, Leeds were in the doldrums.

The Histon defeat had hardly covered Leeds in glory, and did nothing for me when it came to school friends taking my club more seriously. Nothing had changed and that was made abundantly clear to me when Leeds won at Old Trafford on January 3rd of the following season. I swaggered up to my teammates at Histon Hornets under-14s training — clad proudly in white, no longer a clown’s costume but a badge of honour — to find that the exciting discussion centred not around Leeds’ newfound supremacy, but the idea of Histon also defeating Manchester United, because after all they’d beaten Leeds. Histon had leapfrogged up the food-chain without a second thought for us. They only had eyes for the top dog. Manchester United were in the Premier League, and Leeds weren’t. That’s the way things were. I was resigned to it.

Fast-forward nine years. It’s April 2019 and Connor ‘MUFC’ Lane has just shared photos of him and his dad in Barcelona on the eve of the away leg of their Champions League Quarter-Final fixture. I know there and then that they are going to lose, and it gives me such pleasure. Did they lose the next day? They did, thoroughly. Did I feel sympathy for Connor? Not a shred. Every team has its day and I have learnt now that success (and failure) in football is transient. In time, there are ebbs and flows. I had simply been impatient.

A hypocrisy dawned on me recently, of my railing against boys who supported Manchester United ‘because they were good’ when my own father began supporting Leeds for boyhood glory. The difference is that while an ex-scum friend of mine has renounced his childhood team and is now a regular at Carrow Road, my dad has stuck with Leeds through ‘thin and thinner’ (his own words). I’m glad that I suffered as a child, it does you good. It makes it all the sweeter when you win and see others falter. This is what I tell myself, anyway. ◉

(Originally published in our 148-page League One Special issue in 2019. Copies are available here.)