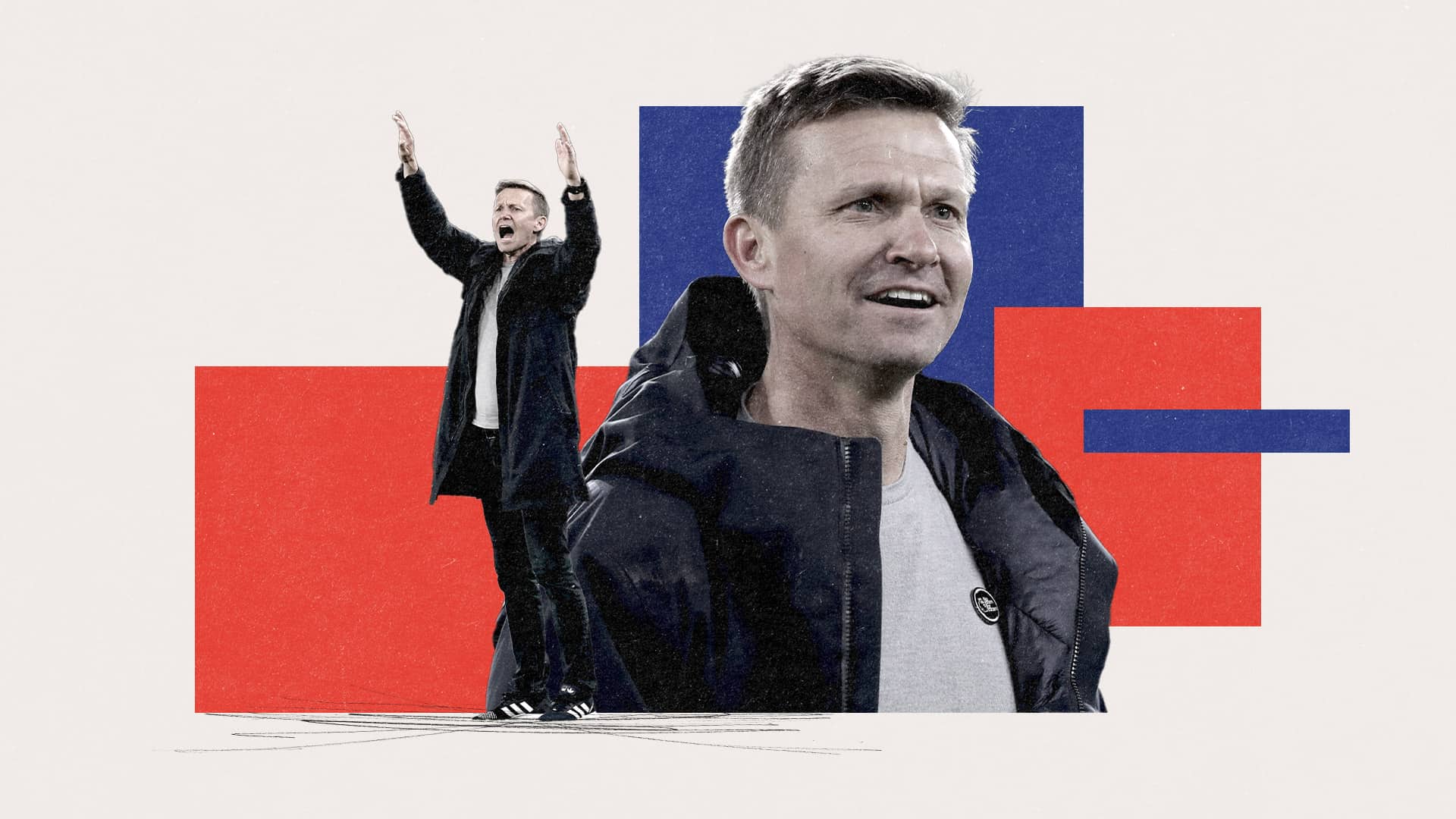 When a journalist at Jesse Marsch’s pre-Arsenal presser started his question by saying, “I don’t want to name drop but,” I sat up in my chair and excitedly paid attention. Name drop away! Who could it be? Elon Musk? Bon Jovi? The ghost of Michael Jackson? Pah! What good is that when you can speak to The Actual Michael Jackson! Except the reporter didn’t even drop Mike Jackson’s name, continuing, “I was talking to the Burnley manager the other day.” Oh, right. I was so underwhelmed I didn’t even listen to the question he went on to ask. Something about Robbie Blake?

That exchange summed up a surprisingly low key presser from Marsch. Nobody asked him whether, in the wake of Everton’s win and with a bit of time to himself, he still thought losing 4-0 to Manchester City felt like a win, and his weekly update was all done in nineteen minutes before the feed stopped for the questions embargoed for Sunday’s newspapers. A new record? It was so casual Marsch even stopped midway through answering a question from Phil Hay to burp. Phil was asking whether Jesse could sense stress or confidence at Thorp Arch, so I hope this belch was the sign of nonchalant confidence, not the sound of him being sick in his own mouth:

“I think it’s normal after results and maybe things going for us or against us to have emotions attached with what’s happening. But by the time we get to work and get on the pitch and start talking about what we want the weekend to look like and the next match, there’s clarity and there’s — [BURP] excuse me — there’s not a lot of tension at that point. So it’s normal, I think, for everybody to have emotional responses to different results that don’t go our way or do go our way. But again, I think the work and the focus on the work here has been phenomenal. Phenomenal. And it’s been a real strength of ours so far.”

Mr Exclusive says blocking out the noise from the media can help:

“It’s [important] to eliminate the emotion and continue to focus on our ability and discipline to have concentration for what’s important to us. I know that, of course, from a media perspective people like to write about the emotion of football and what’s happening and the momentum here, or this or that, or what people are saying. When you’re in this business for a long time, you know that the job is about preparing to perform, and the focus and the ability to do that, and to eliminate the things such as media that get in the way of us doing our job. But we have a lot of good pros here. We understand that that is clearly my approach to every day. And I think that the players respond to that and they understand it.”

Stuart Dallas was the main topic of the day, Marsch starting by saying Dallas’ surgery was a success, but the injury was so severe the operation took five and a half hours. “They believe he will have a full recovery,” said Jesse, adding that despite the fracture of the bone, Dallas’ ACL remains “intact”. It’s going to take at least six months of rehab until we see Stuey back in a Leeds shirt, but “it could be longer”:

“I’m not a doctor, but a lot of the main structure of the knee is in place and then it’s just got to heal a little bit over time, then see how it reacts to more and more [rehab]. We all know Stuart’s such a big part of the group. He’s such a fantastic person and player. I think he had the current ongoing record for most consecutive matches. So he’s also an Ironman, which is, I think, yeah, it’s a motivation for us. But more importantly, I think it’s an indicator for the fact that Stuart will be back and stronger than ever.

“You don’t want anyone to have a big injury like that at any time. Football is football and life is something else. And so for me, in that moment, we all just want to support Stuart. And as a team, this is bigger than any one man. That’s just the way that it has to be. But we obviously all think about Stuart a lot and just want him and his family to be healthy. We want  him to be strong. We want him to be back living his life. And we want to support him in that process. And that’s how that works for me. So, yeah, we will miss him. But we’re thinking about him.”

There was some positive injury news as both Liam Cooper and Diego Llorente were training on Friday, while Patrick Bamford is “back on the pitch” and Jesse is hoping he’ll be back in training next week and available for selection before the end of the season. Marsch says he expects Cooper to play at Arsenal after pulling out of the warm-up against City due to an issue with his “fat pad”:

“I don’t know what that means, but it’s not a muscle. It’s something in his knee that is like a lubricant. But he’s feeling good.”

A quick Google tells me ‘the fat pads are found at the front of the knee just behind the patellar tendon and kneecap.’ Apparently they act as shock absorbers when we move our knees, and are ‘the most sensitive structures in the knee, containing many sensitive nerves.’ They’re also sometimes known as ‘Hoffa’s fat pads’. Does Hoffa fancy a game in central midfield?

And the answer already making headlines as a ‘clear Leeds United hint on his long-term plans regardless of division’, Marsch said he is still living in temporary accommodation with his family but they plan to move to a permanent Yorkshire home in the next couple of weeks, because, “I love the club, I love the team, I love the area. We’re really enjoying ourselves”:

“I can only speak about the positivity that I’ve felt in this community, starting at Elland Road. The way our fans treated us, after the match against Man City, I’ve never seen in football and [it’s] the positivity we need right now. We need to be so aligned. And I can say that the singular focus here at Thorp Arch is that everybody is doing everything they can to make sure that we control our destiny, and we need all the positivity from our fans like we saw at Elland Road.

“And I felt that in the community too, you know. There have been people that recognise me and come up and then support me and say how happy they are with the team and how excited they are for the future. And then there’s people that have no idea who I am, which I prefer more. And then we have a really nice exchange, whether it’s at a coffee shop or the friendliness and kindness is amazing. So I’ve said it from day one that I’ve loved being here. I hope to make this my home for many years.”

Oh alright Jesse, you big flirt. Four more wins, starting at Arsenal, and you can stay a bit longer. ⬢