Keep Calm And Give It To Willy 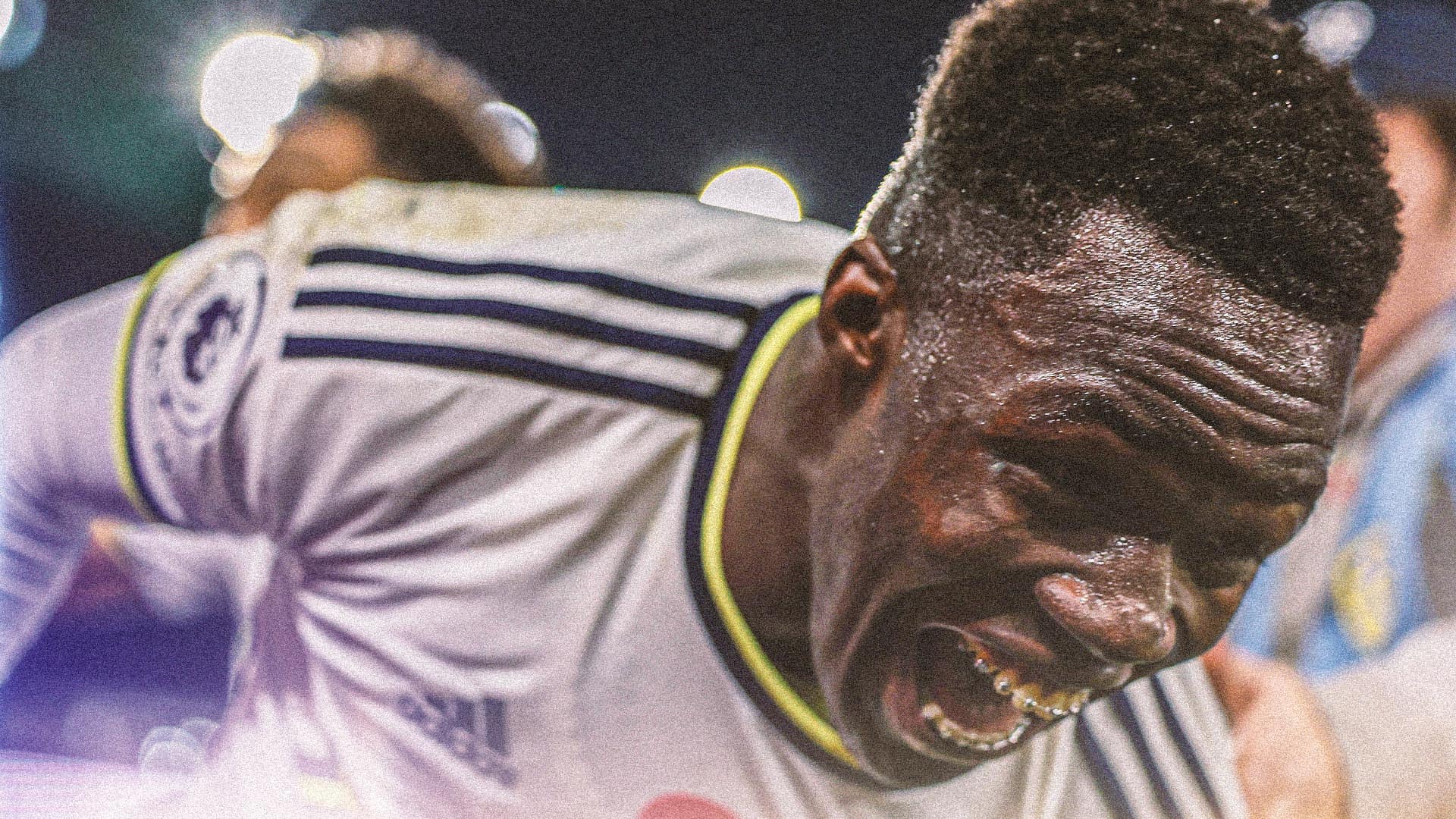 I tried to share the same caution as the club when Gnonto first joined Leeds and spent the first couple of months appearing for the Under-21s. Sure, he’d played for Italy, but Roberto Mancini has given caps to lots of young players with potential. If Italy’s striker was a teenager playing in Switzerland, there must have been a reason why nobody else has signed him.

Turns out every other club was even dafter than us. We might have had the fortune to accidentally let Dan James go and mess up trying to sign every other target — including Kelechi Iheanacho, who didn’t answer the phone because he was busy coming off the bench for Leicester — but at least it was only a matter of time before Wilf moved to Beeston. Even so, he was a teenager being called with hours of the transfer window remaining, being told to pack his bags and move across Europe, making a new home where he didn’t know anyone. He shouldn’t be making it look this easy.

Willy confirmed against Cardiff what we’ve all been starting to suspect. He’s an absolute gem. The complete package. He celebrates with stewards, pretends to eat Jesse Marsch’s tactical instructions, and gets a lift to training every morning from his dad. Oh, and he scores fucking scissor kicks into the top corner thirty seconds after kick-off. There were 27 seconds on the clock, to be precise, but Wilf had only milliseconds after the ball dropped over Cardiff full-back Tom Sang’s head to instinctively rearrange his feet mid-flight. That’s not talent, it’s pure sorcery. And not once, while celebrating, did he look surprised by what he’d just done.

His opener overshadowed his second goal, another touch and slap inside the near post like he scored against West Ham. As he controlled the ball he subconsciously pointed the index finger of his right hand, as if trying to subliminally warn the fools trying to stop him what he was going to do — just for the challenge.

Leeds’ excitement in giving Gnonto the ball against Aston Villa brought comparisons to Bob Snodgrass in the Championship. Keep calm and give it to Snoddy became a catchphrase. Willy’s finish also reminded me of Snodgrass, prompting vague memories of a scissor kick he scored back in League One. It took a while, but I eventually found it, a stoppage-time volley to complete a 3-0 win over Northampton Town, a result that relegated the Cobblers on the final day of 2008/09:

Okay, Snoddy’s finish wasn’t quite as emphatic as Willy’s, but with far more time and space to think about what he was doing, it didn’t need to be. The goal has remained in the hazy fog of my brain because I can remember friends at school who’d been to the match still buzzing off it on Monday morning. Both players could have scored with more orthodox finishes, instead choosing the spectacular for the sheer thrill of seeing if they could pull it off. Snodgrass’ strike was Leeds 100th of the season in all competitions, the first time they had reached that landmark for 36 years. He was joined on the scoresheet by Jermaine Beckford and Luciano Becchio. Between them, the trio had contributed 63 of that century.

Both Snoddy and Willy have the personalities to match their mischief on the pitch. In an episode of The Big Interview with Graham Hunter, Snoddy describes bringing the “brass and audacity” of a lad brought up in Glasgow’s East End onto the pitch, even if it came with similar risks. When he became a full-time footballer as a teenager at Livingstone, he once nutmegged Oscar Rubio, a defender who came through the ranks at Real Madrid, in training:

“I swear to God, the ball went into my feet — I think I was playing like a number 10 in training and they’d heard, ‘Oh, this boy from Glasgow is coming up.’ He must have put me about eighteen feet in the air. Stuart Lovell (Livingstone’s captain) absolutely caned him and was like, ‘What are you doing?’ [Rubio] went, ‘No, no. He’s up with the big boys now. He’s got to learn.’
“Since then I’ve thought, ‘You’re right,’ do you know what I mean? Don’t get me wrong, it didn’t stop me. I’ve got to try and get their respect somehow and as time goes on they realise you’re not cocky or a bad lad. It’s just the way you are.”

Cardiff’s defenders must have wanted nothing more than to boot Gnonto into the air — plenty of Premier League defenders have already tried. But to do that you’ve got to catch up with him first, both in body and mind.

(As an aside, Rubio earned Snoddy’s eternal respect for his wit on the pitch. Livingston were losing 4-0 to Celtic by half-time, and Oscar was struggling to cope with Celtic striker John Hartson, who told the defender, “1) You are shit; 2) You are the weakest link; and 3) You have got no money.” Oscar’s English “was fine, but a bit broken at times”, according to Snodgrass, yet his reply was perfect. “Yes, John, I may be shit, I may indeed be the weakest link, and I may have no money as you point out. But you will have ginger hair for the rest of your life.”)

Gnonto and Snodgrass’ journeys to Leeds were very different. Willy has already experienced living in different countries, whereas a trial at Barcelona failed to materialise for Snoddy, who also rejected a move to England with Blackburn to stay at Livingston when he turned pro. But both share a degree of luck in their signings for Leeds. Snodgrass bluffed a contract offer from MK Dons to dupe Gary McAllister into changing his invitation for a trial to a four-year contract; Gnonto probably wouldn’t be here if Rodrigo didn’t dislocate his shoulder against Everton, prompting a trolley dash around Europe for the ‘warm body’ Angus Kinnear vowed not to sign, even though Rodrigo ultimately only missed one match.

You make your own luck, though, and Willy is taking to Elland Road in the same vein as Snoddy, who credits Leeds United with “the making of me — they turned me into a man. I left there as captain. It was one of the hardest decisions I had to make, still to this day.” After his first few months at Leeds, Snodgrass was pulled to one side by McAllister, who apologised to him:

“I said, why? He says, ‘Because I listened to other people’s perceptions on what you are as a lad, on where you are from, and every single thing you’ve done since you came here, you’ve been a breath of fresh air.’
“I didn’t have anyone say those words to me, and I thought, ‘You beauty. You’re doing the right things, Robert. You moved away from home, you’re nineteen, you went down on your own.’ I had a kid back home with my missus, who I’m still with now. It was a test as such. Can you cope down there? Can you do the big boys’ playground and go down there and make a name for yourself?”

Just like Snoddy, Willy is coping more than fine in the big boys’ playground. If Gary Mac felt the need to apologise to Snodgrass, maybe someone at Leeds should say sorry to Gnonto for thinking we could afford to wait for him. Willy won’t take it personally, as long as his teammates keep giving him the ball. ⬢