When you break up with someone, they’re everywhere. Your route home goes past their favourite pub. You need a new route home. Their flatmate sends you a work email. “Hope you’re well. Jackie sends her hate. Can we talk about synergising our marketing strategies?” You need a new job. You have a novelty Ben & Jerry’s branded spoon engraved with both your names. You need new cutlery.

Kemar Roofe’s goal for Rangers against Standard Liege in the Europa League was a bit like that pub, or that flatmate, or that spoon, for me.

Twitter exploded. I’m not sure why. It shouldn’t have been surprising that Kemar Roofe had scored a better goal than David Beckham. He is a better player than David Beckham was, or could ever hope to be. But apparently it was a surprise to some. Leeds fans gushed with the pride of association, ‘That’s our Kemar that. Born in Walsall. Made in Leeds.’ 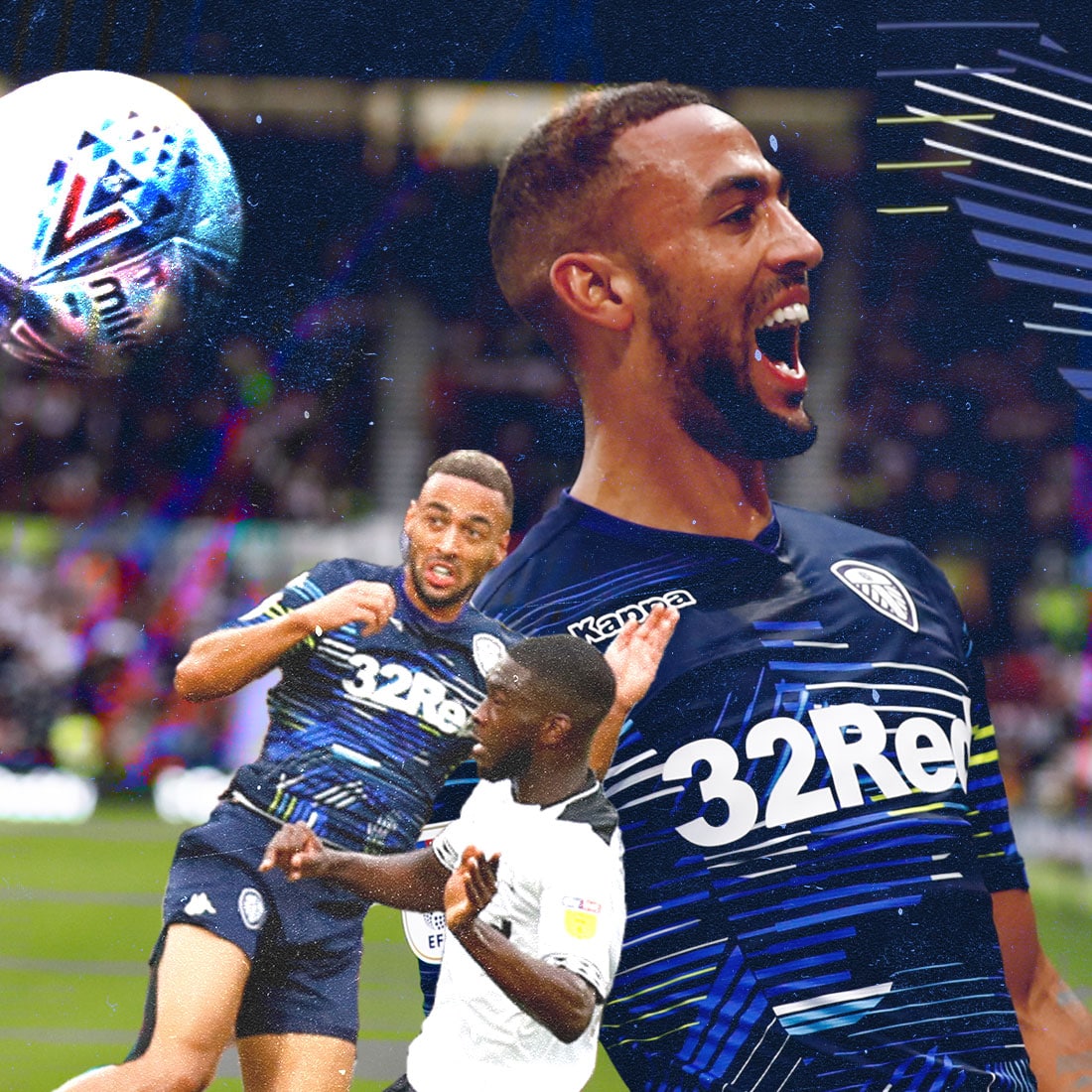 And I was happy for him too. But it was happiness tinged with regret and longing. Patrick Bamford is finally getting rewards for his toil, and I couldn’t be happy for him. We can spend £29m on Spain’s number nine now which is… exciting. But I can’t quite shake the feeling that I’d rather it was Kemar leading our line as the world finally starts to pay attention. I wanted to see Kemar dancing on top of that bus, kissing that genuinely very pretty Championship trophy. That’s no slight on the team that did it, but Kemar Roofe will always have a special place in my heart. At this point I should probably explain. The break-up metaphor is not entirely metaphorical.

It’s Saturday 11th August 2018 and I am hungover. This is bad. This is Luke Ayling desperately clutching his coffee like it’s a vaccine for Covid-19 bad. I am hungover because I spent last night drowning my sorrows. I’ve just broken up with my girlfriend of two years, who I was also living with, meaning I’m now reliant on the goodwill (and sofas) of friends for a place to sleep. My head and my back hurt. I’m on a bus on the way to meet a friend, to settle down for installment two of the Bielsa odyssey: Frank Lampard’s Derby County vs Leeds United at Pride Park.

It’s been six days since installment one against Stoke and the combination of a natural pessimism, a hangover and, well, being a Leeds fan mean the doubts have well and truly begun to set in. Surely we can’t do that again, can we?

But with less than five minutes gone, and my pint still essentially untouched, Samu Saiz gets the ball down the right, Cruyff turns on whatever the Spanish equivalent of a dime is (a euro ten cent?) and plays the ball inside to Pablo. El Mago feeds it on to Mateusz Klich who cuts back inside and curls one from the edge of the area into the bottom corner of the Derby net. Can we?

Derby equalise. We won’t go into it. It involves some… goalkeeping. The pint is still undrunk. It sits there, taunting me.

And then. And then.

Pablo Hernandez controls a long ball over the top. His touch is a little heavy. He fights and scraps for it, sliding and scrambling, eventually forcing Derby into a hurried clearance. Anywhere will do. Anywhere, as it turns out, is straight down Barry Douglas’ throat. He controls it on the full and dinks the ball forward to Gjanni Alioski who is in acres on the left. He runs with it, just a couple of touches, and then he pauses, staring down at his prey. He hits it hard. You can hear the thud loud and clear. But it is a cross. (Good boy Gjanni.) And it’s hanging in the air, simultaneously floating over and searing past four Derby defenders. Fikayo Tomori realises too late just how good a ball it is and begins scrambling backwards.

But he’s an irrelevance now. It’s so simple when you see it. Alioski has aimed for Roofe, who is rising in the middle to meet the cross. E=MC2 is a simple equation that denotes a natural law of the universe that has always existed, but it took a genius to translate it for us mere mortals. And that’s what this cross is. Perfect, natural geometry that is obvious now you see it, obvious now Marcelo and Gjanni and Kemar have sat down and explained it to you, very patiently, loud and slow, with the help of Powerpoint.

Roofe is rising, rising, rising. And with him my spirits, my legs, my pint to my lips. And then he meets it, twisting in the air, his back flush to the camera as he heads it so no one is in any doubt who is scoring. ROOFE. 7. He meets it with such timing that it looks completely effortless. A header at once looping and crashing, delicate and powerful. It’s back across the keeper and into the far corner.

“WHAT A FUCKING GOAL!” They’re the first words that have passed my lips all day, save for a mumbled pint order, and they echo around the largely empty pub. People look bemused. Their loss. We might not be famous anymore, but we’ve got Marcelo Bielsa and Kemar Roofe. Who needs famous?

This is, and will always be, the Roofe goal for me. He could score a rabona off his own line and it wouldn’t even register. Long lost footage of him scoring his own version of that Maradona/Messi goal emerges — all three play side-by-side on a YouTube video as Gabber thuds over the top. Shrug. “Not that header against Derby though was it mate?” I say to no one in particular.

We’ve discussed the pleasing, aesthetic geometry of it, but it’s also incisive, it’s direct. We hear a lot about Bielsa’s protégé Pep Guardiola these days. I don’t like Pep. He wears shit clothes and his football is deeply cynical, any beauty it might have had lost in the folds of a shirt grappled to stop the counter. And that’s when there is any beauty to lose. At times his football is so stagnant as to be unwatchable (think late-era Barcelona).

In this goal there is so much of what elevates Bielsa. The humility and the passion of the common man. He didn’t just tell players to pick litter one time, it’s a philosophy deeply ingrained in every moment of his football. Pablo’s fight to win the ball back is not the pressing of a drone programmed to do his master’s bidding. He slides and harries with every sinew stretched, effort etched into his face – an angular face weathered by Spanish coastal spray that might just as easily have been cut from a Yorkshire coal face. This is the pressing of a manager who quotes Marx, not one who shops there for his cardigans.

And in the hangtime of that cross, met by the perfect finish, is a metaphor for the purgatory, and the saviour. Two seconds. Fifteen years. It’s all the same. In the end it was fucking worth it for this.

One final note. I got back together with the girlfriend of this story. We’re together now. It’s nice! We’re happy! What I’m saying is, Kemar Roofe is still only 27. Anyone got Orta’s number? ◉