“Rosario deserves a separate book. It is a constellation of misfortunes and successes that confer a unique identity.”

That is the conclusion to which I came. Many artists, writers and singers who have visited the city also agree. It is a daily claim of talent and survival, an accurate manifest to the sincerity of mundane life. Because Rosario invites you to walk, to sit, to breathe and to watch the time passing by on Bulevar Oroño.

Rosario is the only city in Argentina that is more important than the province’s capital. Actually, Santa Fe is the capital of Provincia de Santa Fe. A land that welcomed immigrants from all over the world, but especially Italians. At the beginning of the last century, descendants of Italians represented 65% of the population (according to data provided by the official census of 1920) and commercial activity, and they did this with an open character.

It was the ‘Chicago of Argentina’ because of the gangsters, and there are many parallels with Al Capone’s city in Illinois; he was also the son of Italian immigrants. At the end of the nineteenth century, Rosario had a lot of power in the Chamber of Commerce and no shortage of manpower to work the land in the surrounding countryside. But it was in the twentieth century when the city earned the negative connotations of its nickname. The river and its waters nurtured the criminal map of Rosario. The city adapted itself to the commercial activity, basically due to its geographic location. Therefore, gangs and violence were commonly present and were part of daily life. The protagonists were the mobsters ‘Chicho Chico’ and ‘Chicho Grande’ (Big Chicho and Little Chicho), in charge of the organisations that monopolised the contraband and illegal businesses in the city of the Paraná river. 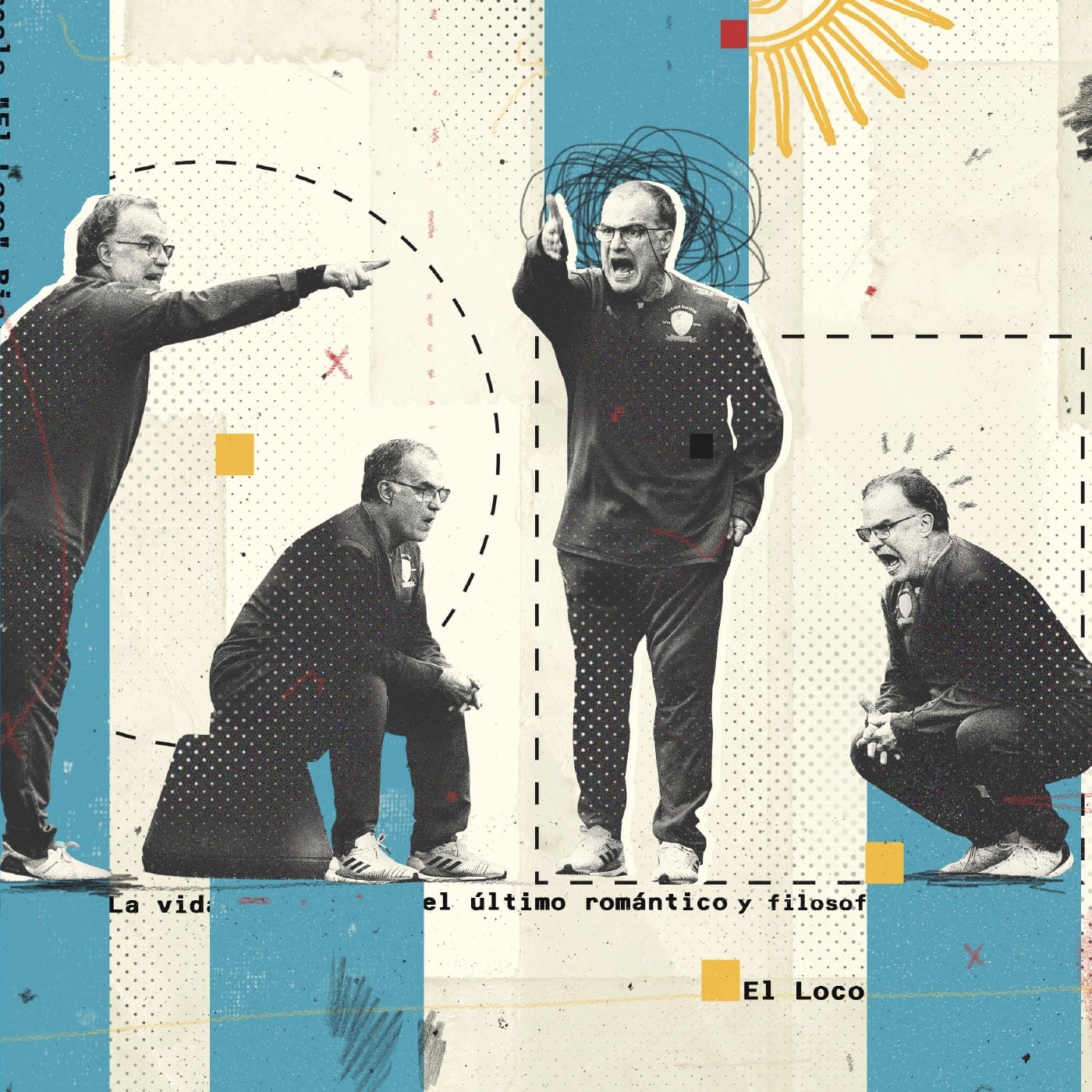 You smile because this is how the game goes

During an interview reviewing his career in Argentina, the Catalan singer Joan Manuel Serrat defined Rosario: “The city cannot be understood without the river.” The Parana is everything in the city, it influences the lives of the people and is as omnipresent as football or dogs on the street. Jorge Valdano once said that being a Rosario is being a double Argentine. And there is a good reason for it, because if there is any passionate city in the world, it is Rosario. The only city in Argentina that is more important than the provincial capital itself, Santa Fe. A proud town since its inception, it was declared the ‘cradle of the flag’ because of the history that forged the country and General Manuel Belgrano in 1812 flying the blanquiceleste’s colours with the ‘Sol de Mayo’ in the middle. A pivotal chapter in Argentina’s history, which is represented in the most famous monument in town: simply and commonly named ‘The Monument’ but officially called ‘Historical and National Monument to the Flag’.

The political nature of the city has been a critical pillar in Argentina’s history. In recent history, we can clearly identify three specific years that marked out plot points in Rosario’s politics. In 1969 was the ‘Rosariazo’, a popular revolt against the dictatorship of Juan Carlos Onganía. Then, in 1989 the city and the country were suffering due to the national economic hyperinflation, engulfing the city in a situation of misery and agony. The town exploded, and looting began with many wounded and dead. Twelve years later, the same thing happened. In 2001 ‘El Corralito’ took the country and its main cities to a critical economic and social situation. In Rosario, the figure of Claudio ‘Pocho’ Lepratti represents the resistance of the people, being shot down by the police while he was shouting, “Here, there are only children trying to eat.”

Despite those precarious moments, it is a quiet city, one of those cities in which you can let yourself be carried away, and in turn, it sure will amaze you. It strikes you when you try to cross a street and notice that the car that should respect the pedestrian crossing accelerates. For a second, it seems that you are going to be run over. No matter how far away the car is, drivers accelerate when someone crosses. And you have to hurry, I swear. The fourth time it happens, you smile because this is how the game goes. It is pure and genuine Argentinian liveliness. Then, you feel like you are part of it, one more brick in the wall.

The architecture of Rosario represents its glorious past and you notice several European influences in the town. Neoclassical, baroque, Art Deco, Italian reminiscences, Catalan Art Nouveau and Colonial architecture are some of the most depictive styles, bestowing on the city the status as an icon for architecture. A lot of people compare the structure and grid design with Barcelona, always facing to the ‘costanera’ (coast) and never losing this reference, it is a city designed to look at the river.

This city has a monument in honour of stray dogs

Places that smell like rosewood and artisans that sell mate, stray dogs and ‘trapitos’ (little dusters) that live in the street. Or the street lives in them? Who are they? ‘Trapitos’ are those guys, generally scruffy-looking, that control park spaces on the street and ‘beg’ for money. They deserve it just because of their appearance and presence. I warn you! You better pay them what they kindly ask for with faces that show little kindness. My father always told me that there are three professions that tie up your hand and feet: lawyers, mechanics and dentists. I would add to this the ‘trapitos’, and you have to face and deal with it and not look back, like a child who is going alone to apologise to a neighbour for having broken a window with his friends standing behind him, waiting on the path to purgatory.

You can feel the genuineness of Rosario once you experience it at its best. It is a city that asks you to put everything to one side and to be attentive to understand it and thus experience its essence. Just as one faces a long day after a good cup of coffee in the morning. The city changes, the young and dynamic people following the compass of the waters that go down the Parana. A disquieting attitude towards history and the word itself. Even grandparents are revolutionaries! That character and ‘liveliness’ remains latent in all bars, clubs and kiosks.

A long night in Rosario, and the nights in town are very long. And full of rhythm, giggling and dancing. This is the context for wine glasses, lost walking steps returning home and street dogs. Few people know the libertarian and anarchic facet of Rosario. This city has a monument in honour of stray dogs. The animals that inhabit the street, day and night, cold or hot. Poor devils, because not every living being that lives on the road are animals. There are lost souls and also poverty. And, in front of all this, there is a bar full of people and music.

Rosario and talent complement each other, coming to depend on each other, being a binomial of Argentine existence and identity. The ‘colectivos’ or ‘bondis’ (buses) are other genuine examples of the personality of Rosario by itself. You have to know where you are going and call the bell on time (in the case the acoustic signal works). It is very sweet to contemplate how the doors open when the driver invites you gently to come down, with sudden braking to leave you in front of a tree, ten meters from the zebra crossing where the bus stop is supposed to be. Despite all this, I like to get on the bus. You meet and see many people who have nothing in common except the line number they have to take to go somewhere at that time. It’s not like Buenos Aires and the Subte, in the city of Santa Fe Province where you never lose your eye contact with the grey of the asphalt, non-helmet motorbikes riders or graffiti on the walls. And there is a magnificent moment when that sense of community and people emerges. When you forget to recharge the card of the Sube (the public transport card in Rosario), and there is no other solution than politely asking someone to stamp their ticket for ten pesos. Today it will be ten ‘mangos’ (another word for Argentinian money), tomorrow it will be your turn to repeat the same kindness shown to you. And so the favours wheel continues on the yellow ‘colectivos’.

“Rosario is a city of creatives, my friends.”

It is difficult to write about Rosario and ignore the cultural movement that exists in its streets and clubs. There, one realises the richness of the word Rosario, but if there is any phrase that sums up the idiosyncrasy of the city, it has to be this from cartoonist Roberto ‘Negro’ Fontanarrosa, a genius with the pen and genuinely ‘rosarino’.

He said: “Rosario is a city of immigrants, markedly Italian, more tango than folk, […] looking for its own identity profile through what it does and produces, but of course, our proximity to Buenos Aires (around 300km) sometimes it mimics us with them. […] someone said once that style is an insistence issue. The style will appear with the pencil running. In my opinion, identity, like movement, is demonstrated by walking. With a good share of creativity. Rosario is a city of creatives, my friends. This is why Belgrano chose Rosario to create the flag.”

I have always thought about the personification of cities. Porto is melancholy and anchored in the past that must overcome the lack of love for the richest and most popular. Glasgow is the hand full of calluses and dark circles of the industrial hangover. And Marseille is the scoundrel, the ‘capo di tutti capi’ that controls the port with which you better get along. But Rosario, (ay Rosario!) is a city that has the name of Catholic prayer, it has life and it has mysteries as the context of its journey, falling and rising again, with joy and metaphors.

This is where Cesar Luis Menotti was born and grew up. And ‘Che’ Guevara. And Lionel Andrés Messi. And Roberto Fontanarrosa. And Felipe ‘El Trinche’ Carlovich.