“From now on Dortmund and Leeds will be twin cities. Both cities have a common desire to keep alive the feeling of togetherness and to strengthen the personal ties between them.” 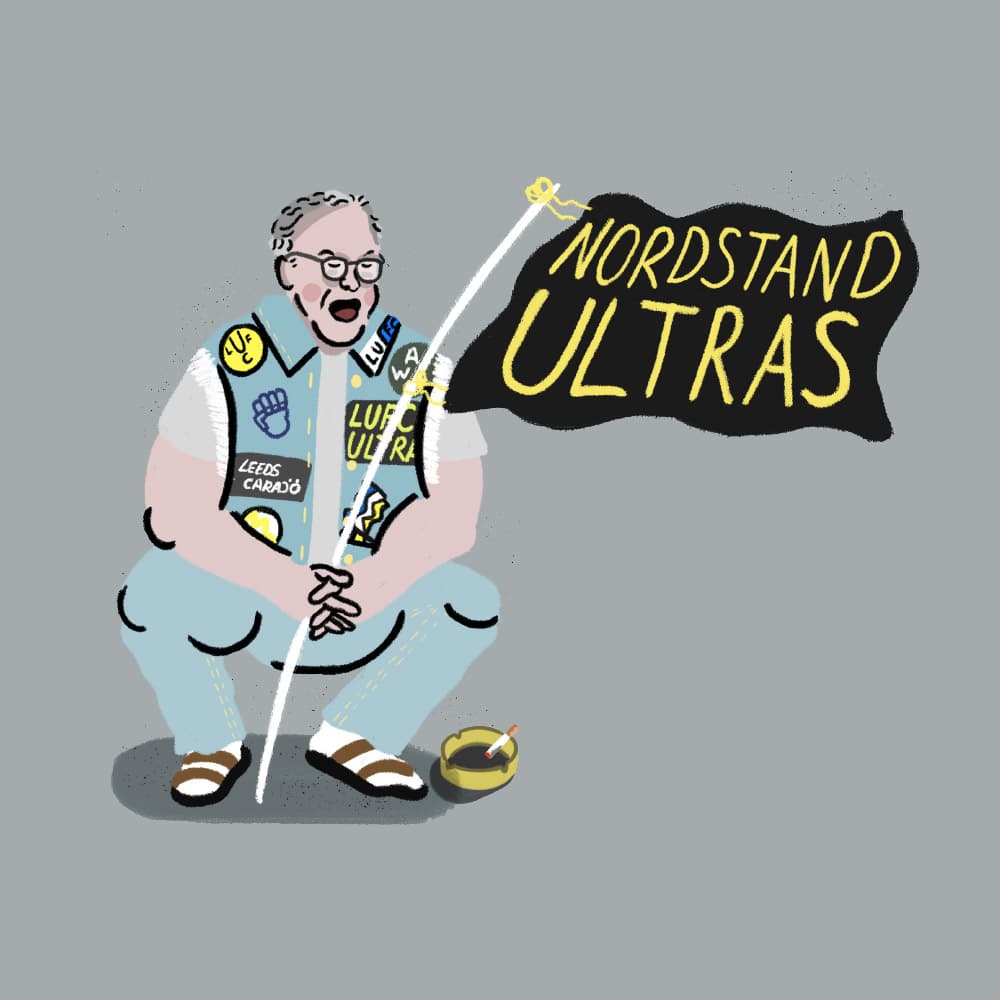 So reads a 1969 letter from Lord Mayor Sondermann of Dortmund to Lord Mayor Bretherick of Leeds. The connection between Leeds and Dortmund actually began as early as 1949, but despite the gracious wording of the communications, and what I’m sure are regular political discussions between city-representatives, there isn’t much to show for it other than the aptly named Dortmund Square and the rotund statue that stands in it, happily carrying his famous barrel of beer. Now, while the Barrel Man has become a jovial familiarity to those who know Leeds, it seems a little underwhelming considering what a connection between two cities is capable of producing. I believe there are avenues for strengthening the ties between West Yorkshire and North-Rhine Westphalia even further, and I believe football can lead the way.

Thanks to my Swiss/German fiancée, I’ve been intently following Borussia Dortmund for the last several years in their doomed attempts to knock Bayern Munich off their lofty perch in the German game. Her support of BVB was both serendipitous (given the link between our cities) and lucky (given that if she’d supported Bayern, there may have been issues), but it’s given me a chance to compare the fortunes of two clubs who, several years ago, were about as far apart as you could get. Dortmund had just won the DFB Pokal under Thomas Tuchel and finished 3rd in the Bundesliga, while Leeds were sentenced to yet another season in the Championship after falling out of the play-off spots thanks to a catastrophic end-of-season run. Fast-forward four years, however, and I think I’ve found a solid collection of common ground that could be used to build the foundations of a new era of Leeds-Dortmund relations. 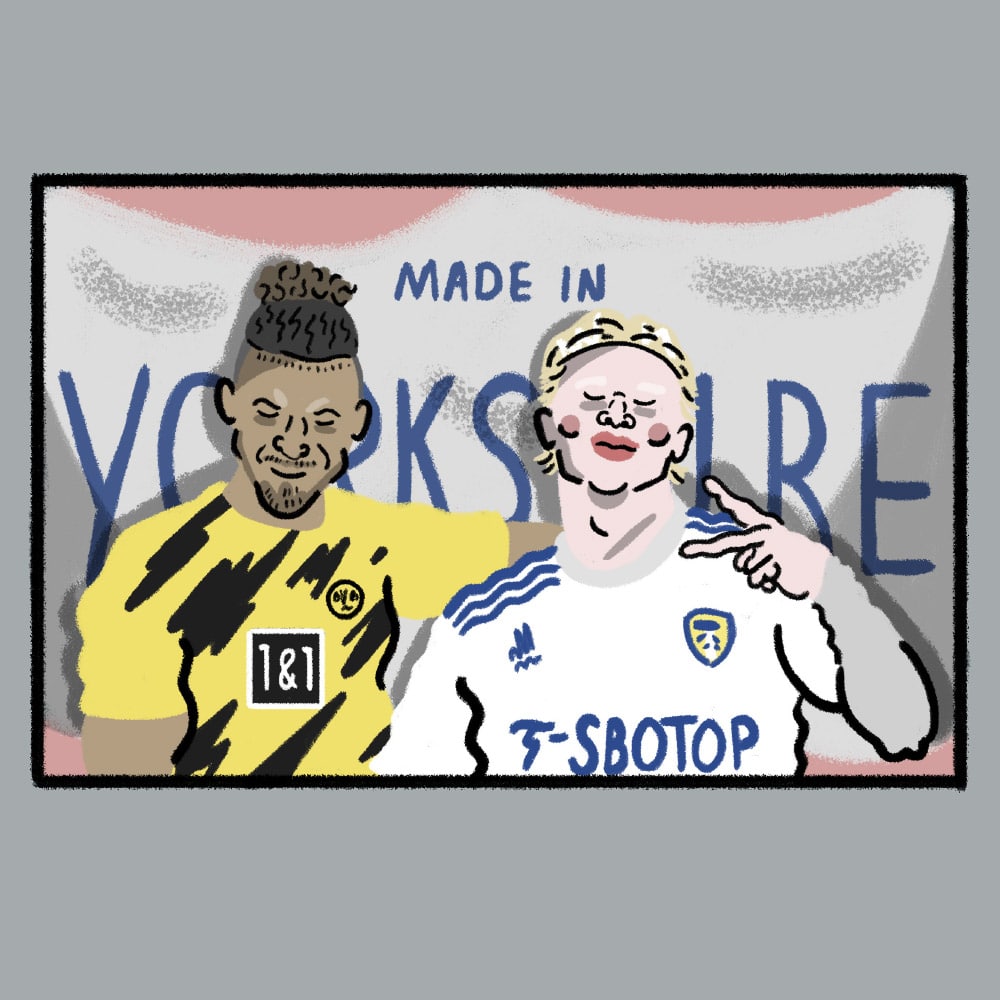 Haaland was conceived in our home changing room

I wasn’t sure whether to start or end with this one, but let’s get the big guns out of the way early and set the tone for the rest of my proposal. If internet rumours are to be believed (as they always should be), Erling Haaland was conceived in the Elland Road home changing room. How that may have contributed to the son of the staunch, defensive Alf-Inge Haaland becoming the hottest striker in world football with a goal return rivaled only by Pele sticking five goals a game past pub teams in Brazil, I don’t know, but it seems only natural to assume it had something to do with it. With that in mind, plus Haaland’s public support of Leeds (did you see how giddy he was when he met Stuart Dallas?), it seems only fair that Dortmund acquiesces to the boy’s wishes and passes him on to us once this season is done, as a token of good-will between our cities. I know Real Madrid are in for him, I know there are other clubs willing to pay big bucks to take him off Dortmund’s hands, but there are principles to be upheld here, and I can’t think of a better way to kick off this new partnership. While we don’t have any Dortmund-born players to return in kind, I hear Adam Forshaw went on a lovely trip to Cologne once, and that’s not too far away.

It’s a common criticism of the Bundesliga: Bayern simply buy the best talent from the other teams, so nobody else can win. To a point, it’s hard to disagree: it’s already been announced that Leipzig’s star defender, Dayot Upamecano, will be joining Munich next year, despite the fact Leipzig are 2nd, with every chance of pushing Bayern for the title this season. Dortmund have historically suffered from this too, with key players like Lewandowski, Götze, and Hummels all abandoning ship to join the juggernaut in Bavaria. Leeds fans, in comparison, have had to watch while the few diamonds we managed to unearth in the lower leagues were snapped up by Premier League clubs offering the glitz and glamour of Norwich, Burnley, and Bournemouth — towns we simply couldn’t contend with — but now we’re back in the big-time, we all thought those days were gone. Cue the droves of ‘top six’ fans calling for their already over-stuffed clubs to bring them Raphinha every time he deigns to do something impressive in a Leeds shirt. We’ve only had the bloke for a few months and apparently we’re already going to sell him for a youth player on loan and a packet of Quavers they found behind the settee at Anfield. Meanwhile, Dortmund have spent the last two years turning Jadon Sancho into a generational talent, and the only thing they’ve got to show for it are parasitic Manchester United fan accounts stalking them on social media, demanding they sell him to them and mocking them each time they lose. As a solution to this issue, I propose an annual winger-swap: a glitzy ceremony in which representatives from both cities bring Raphinha and Sancho, perched on golden thrones, and exchange them publicly, possibly while walking on a carpet of red shirts. Just an idea.

Okay, this one’s semi-serious. Since Marcelo Bielsa and Victor Orta have been working together on player recruitment, there has been a significant shift to how Leeds approach youth development. Instead of simply taking the best local talent available, Orta has been given the green light to go after promising players from other clubs, bringing in Leif Davis, Joe Gelhardt, Sam Greenwood, Crysencio Summerville and Cody Drameh among others, all regularly spoken about as potential first-teamers for the near future. This approach is reminiscent of the style a few German teams have adopted — going after cheap, promising talent from predominantly English clubs in the hopes of finding a gem. Bayern did it with Jamal Musiala, Schalke brought in Rabbi Matondo, but it’s Dortmund that have benefitted the most from this policy, picking up Jadon Sancho and Jude Bellingham for paltry amounts, considering the value they now represent. Of course, neither Dortmund nor Leeds would be interested in becoming a feeder team for the other, but a cooperative link between the clubs in relation to scouting and player analysis? The potential for both could be huge. 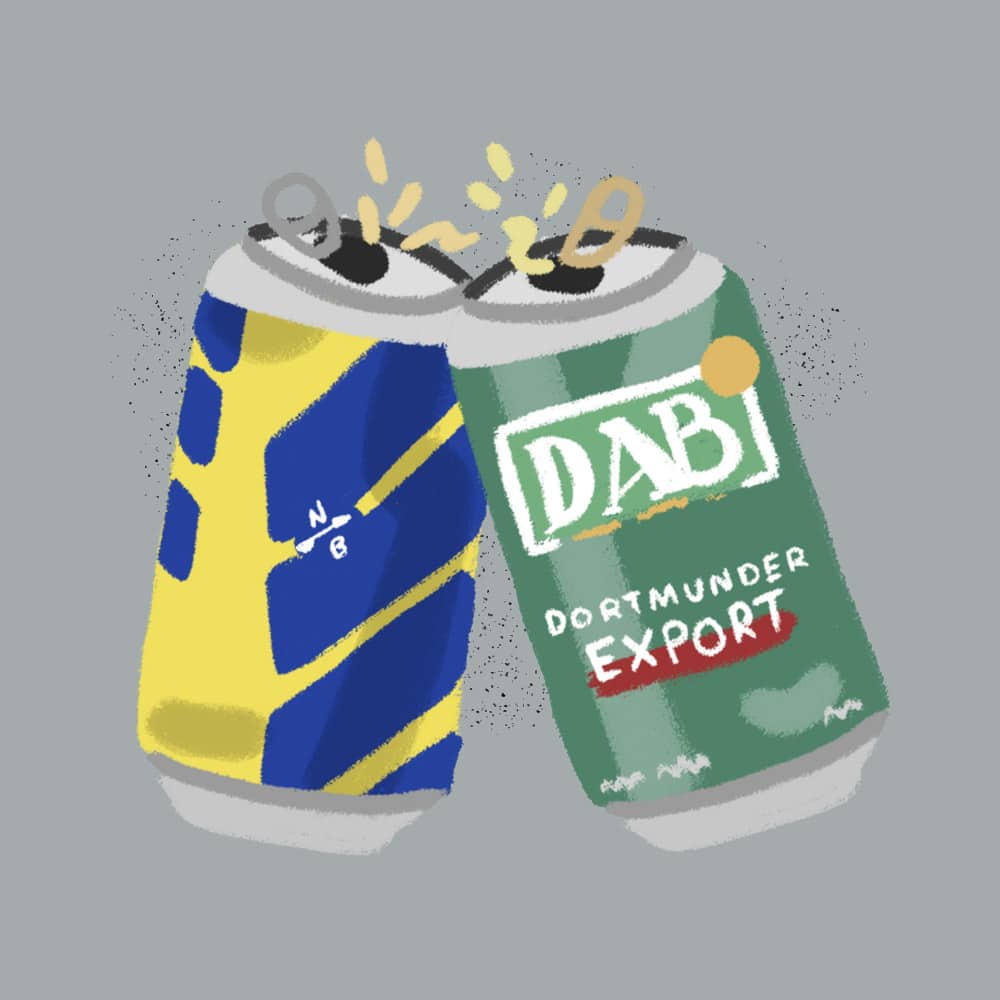 The best way to celebrate might be joint counseling

The Tendency to Emotionally Scar Supporters

When comparing the experience of football supporters, it’s always important to consider context. Yes, being a Leeds fan can be tough, but it’s objectively easier than supporting Bury, for example. In the same vein, it’s a lot easier to support Borussia Dortmund than Leeds most of the time: early exits from the Champions League sting, but worse than our play-off defeat in 2019? Doubtful. Factor in the expectations of the respective clubs, however, and there are clear links between Elland Road and Westfalenstadion. Leeds are experiencing a period similar to Dortmund’s renaissance under Jurgen Klopp in the late-2000s, with Marcelo Bielsa playing the role of the shiny-toothed, bearded German. The Championship title is a little less prestigious than the two Bundesliga titles Klopp achieved, but the reversal of fortunes from a financially devastated and professionally underperforming side to champions in the space of two seasons is a particularly coincidental similarity. But while Leeds are currently riding the peak of Bielsa’s wave, Dortmund are in the midst of a slump that Leeds fans know all too well. Every year, the intention is the same: beat Bayern, win the title, prove that the fervent support of the fans is justified. Every year, the challenge is conceded depressingly early. Sounds uncomfortably familiar, no? Anyone who happened to watch the two Amazon documentaries following Leeds and Dortmund through their respective 2018/19 seasons would have seen the incredible similarities in form, as both clubs stormed to the top of the league at Christmas, only to fall away dramatically in the new year. “Every week, the same shit,” ranted Marco Reus after a last-minute equalizer from Frankfurt, as a reporter questioned the ‘mentalität’ of his side, while Marcelo Bielsa was once again left to defend his side against the ‘burnout’ accusations so often thrown at his demanding style of play. In their minds, neither idea was relevant: their teams had simply fallen at the final hurdle. For the fans of both clubs, it was yet another moment to skulk away and lick wounds that seemed like they would never heal, while the laughter of rivals rang in their ears. Perhaps, all things considered, the best way to celebrate the connection between Leeds and Dortmund would be to provide some sort of joint counseling session for the fans of both clubs.

And there you have my proposal for the future. Leeds and Dortmund, two industrial cities built on a reputation of hardiness and sporting passion. One-club cities with ardent fan-bases dedicated to their teams through thick and thin. I can’t think of a better way to celebrate our twinned status than by supporting one another in the cut-throat world of professional football.

Not Lille, though. Lille can get fucked. ◉