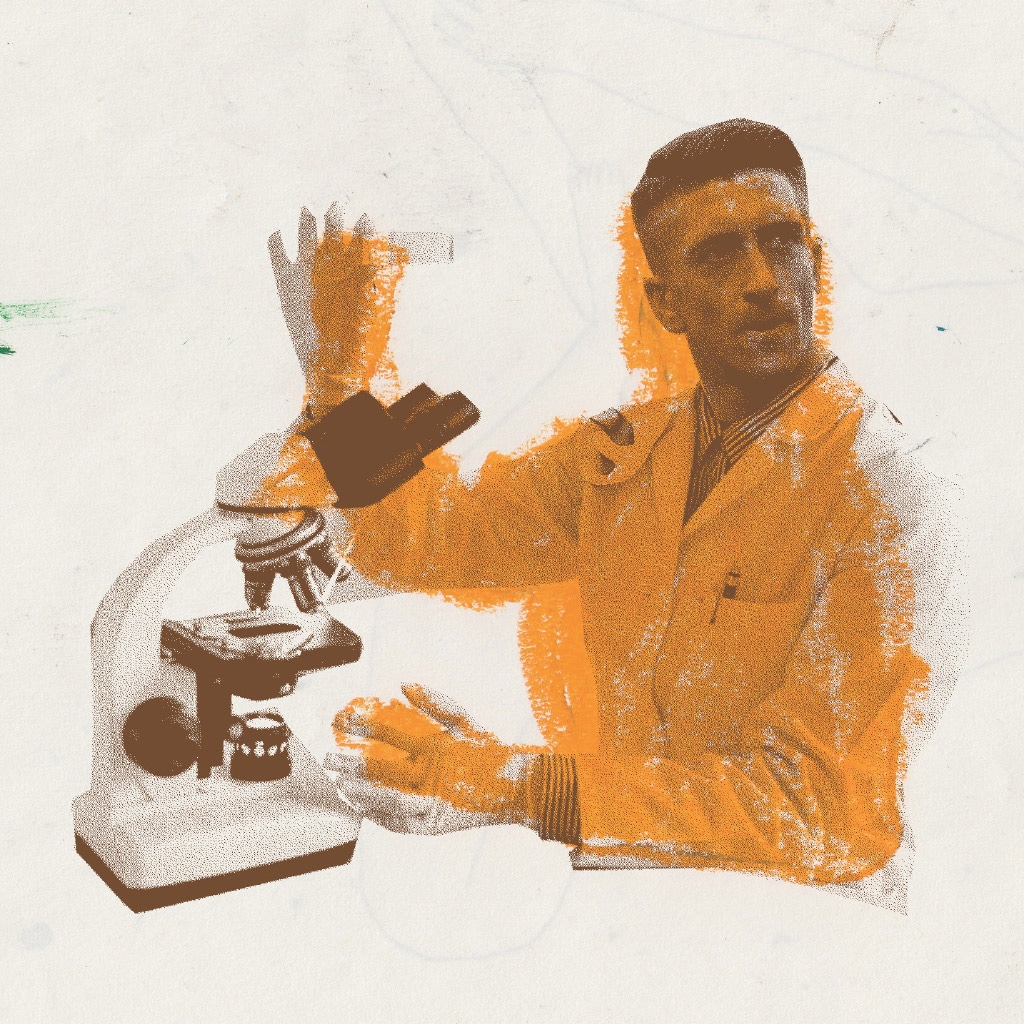 As it becomes more and more likely that the Championship is due to restart, fans everywhere are rejoicing (though there seems to be a noticeable silence from both East and South Yorkshire).

Finally, after months of the same routine: home workouts, DIY projects, watching Euro 96 re-runs or dodgy streams of Belarusian football in a desperate attempt to experience live sport in any sense, proper football is coming back, unless you’re one of the dozens of us that considers German football ‘proper football’, in which case you’ve already become numb to the cavernous echoes of each kick and the stunted celebrations of every goal.

It’s been a strange — sometimes scary — few months as we’ve all come to terms with what really makes us tick; what we turn to when work simply isn’t an option, and the pub becomes a distant memory, a physical metaphor of the good old days, when beer flowed like liquid gold and every evening was a hedonistic haze of Dionysian proportions.

But what of the footballers? A group at the best of times shrouded in secrecy, until a sponsor needs a familiar face for a charity-masked marketing ploy, or an alcohol-fuelled escort party is leaked to the press. A group who are so limited in what they can do outside of training, it’s hard to imagine how they could ever adapt to life without it. What have they been up to during lockdown? Well, to answer those questions, I flaunted government guidelines and peeked inside multiple private residences to give you the answer (but if anyone asks, I was simply out testing my eyesight).

I saw no activity through the windows, so figured he may have headed home (knowing he’d have been able to re-enter the country with as much resistance as Bailey Peacock-Farrell to a long-range shot). I was about to head off when I heard some strange noises coming from behind the house. Turns out, Meslier has started a side-project to keep him busy during his time off: delivering take-aways from his back garden. It’s a simple idea — the food is ordered then dropped off with the gangly Frenchman, who pings it over his garden fence to wherever it needs to go. There were a few hiccups early on — a couple of misjudged angles sent a Lamb Bhuna onto a neighbour’s roof and a Five Guys milkshake into an adjacent water feature — but they’ve been ironed out and business is subsequently booming.

Luke and family were out on a walk when I arrived, so I can’t say what he’s been up to at home. But I did manage to pry his garage door open and have a peek around. Nice car, kids’ toys, a huge box full of hair ties, but it was only after I spotted a suspicious white sheet covering something that I found Luke’s dirty little secret. While the rest of the country was panic-buying toilet paper and hand sanitiser, Ayling was stockpiling conditioner. Bottles and bottles of the stuff. Needs must to keep those locks flowing, I suppose.

Like many, I’m thoroughly sick of Zoom quizzes and family Skypes, but nothing could be further from the truth for our Kalvin. I watched the man for hours, hosting quiz after quiz with every member of his extended family. Trivia books and encyclopaedias piled high around him, themed outfits, a giant scoreboard, he’s fully committed to this. He’s made prizes, he designs the quizzes around the people taking part… he truly is the nicest guy in the game.

I was helpfully informed by Pat Bamford’s neighbour that his Lordship managed to get away to his country home before the lockdown. I wasn’t able to scale the gates that surround the property, but I did manage to send a remote-controlled drone over the grounds, where I caught the Bamford family enjoying an afternoon of croquet and Pimm’s on the lawn. Looks like his Mrs won the match, as Bamford managed to skew an easy shot wide of the pole from a few feet away.

The Roberts’ household was a mystery. Car in the driveway, but not a sign of life until the sun had set. In the darkness, I noticed an eerie green light emitting from the bedroom window. Using a ladder I managed to ‘borrow’ from a neighbour, I discovered that the Leeds medical staff had cryogenically frozen TyRo until the season returned, in hopes that he might get through a game or two before being sidelined with an inevitable injury. By the time of writing, Tyler (or a convincing replica) has been thawed out and reintroduced to this strange new world.

With my rudimentary GCSE Spanish and a bug expertly hidden in an Amazon delivery, I was able to ascertain that Pablo has been hard at work during this time, trying desperately to assist in creating a cure for Covid. Those long, sleepless nights have taken their toll: just look at the gaunt expression, the thousand-mile stare, the sunken… no, you’re right, that’s just his normal look. Still, I imagine he’s working hard.

Seems to spend most of his time on his laptop watching workplace sensitivity videos and answering online questionnaires. Not sure what that’s all about.

There’s concern among the coaches and board members as Gjanni hasn’t been seen since lockdown began. The likelihood is that he’s wandering in the woods somewhere, sleeping in trees and stealing food from family picnics, but the last time he went missing he was found waiting for Samu Saiz in the Getafe training grounds with a crowbar and plans to stuff him in the boot of his rented car. Kemar Roofe has been put on high alert.

Unlike Gjanni, Berardi’s whereabouts were easy to discover. I managed to speak to his distressed wife, who says her husband has been locked in their cellar since training ended, working on the greatest novel of the generation. He spends his days immersed in his work, hunched over a writing desk he fashioned with his own hands and teeth, scribbling away through reams of paper. He says he won’t rest until his work is done. It’s a dark, twisted tale of passion, love, fear and violence… lots and lots of violence.

Dallas has met the challenge of lockdown head on. Never one to back down from a new position or project, I watched Stuart for five days from the comfort of a tree outside his house, in which time I saw him master the art of sourdough, teach himself Spanish, cut his own hair, knit several scarves and jumpers, and put together a few packs of PPE for local care homes. From what I could tell, his next project will be photography, which became apparent once he clocked me in the tree and started scrambling for a camera.

I rang Ben to ask him a few questions for this article, but it took five attempts to actually get through to him. On the fifth go, I was ready to give up, assuming I’d been handed a fake number, when White picked up, demanding I stop calling him and that he’d only head back to Brighton once the loan was officially over and he was legally required to. Turns out he’s been ghosting calls from Graham Potter for weeks now.

And what of the man himself? What has El Loco, the infamously obsessive planner, been up to during his enforced time off? Well — you’ll be unsurprised to learn — it’s a lot. Aside from his daily walks and Zoom conferences with his coaching staff, Marcelo has been orchestrating a miniature drone army that observes every single member of his squad pretty much round the clock. Each drone monitors the daily exercise and diet of the player in question, and delivers motivational messages from Bielsa himself (usually philosophical musings on what it means to improve one’s self, clips of impassioned socialist speeches, or orders to go for a run as they’ve spent too long playing FIFA). When he’s not observing his players, Bielsa has been painstakingly re-watching every game from the first half of the season, and seems to be working on a tactical approach that would allow a team to win a game without ever actually putting the ball in the net. I’ve seen plans for Jean-Kevin Augustin to be re-trained as a centre-back, Stuart Dallas as second-choice goalkeeper, and even to promote one of the Under-12s to senior training as Bielsa feels he’s ready to go.

Now, some of you may think I’ve been out of line in my actions: peeking through windows, climbing over fences, breaking into houses while the owners are out — and I can certainly understand that interpretation. But you must understand that all of this has been done in the pursuit of knowledge and under the assumption that what I was doing was completely harmless. Nobody was hurt, no serious laws were broken, and I maintained a safe two metre distance from others at all times. Really, I should be praised for my thoughtful approach. I mean, it’s not as if I stood on public property in open view of a training session. That would have been going too far. ◉