One year away from Elland Road was marked, last weekend, by a mixture of nostalgia and grief.

This weekend, a year since Mikel Arteta’s Covid diagnosis brought football to an abrupt halt, had an angrier edge, and not only because I don’t like Chelsea.

I underlined this match when the Premier League fixtures were released. Mid-March, Chelsea at home. The season was beginning with every reason to believe in the plans then underway: fans could return in a few months, while the country was being encouraged to believe in normality before Christmas. Even allowing for setbacks, it was pessimistic to think that a year after lockdowns began we still wouldn’t be able to greet Chelsea in person. But then, a year ago, the government was talking in terms of 20,000 deaths as a ‘good result’. It seems churlish to moan about not going to a game of football when 125,000 people have died, an average around 150 a day are still dying.

Football is a place where pettiness can relieve us from tragedy, though, and my other hope for the game was that Frank Lampard Junior would still be clinging to his job when fans were allowed back. He couldn’t even do that right. Billions squandered without success, and all we’ve got to show are some lazy jokes about putting Lampard in charge of test and trace. At least he paid with his job, but in typical Lampard style that has let him escape again with another little victory over Leeds, despite losing the war. He won at at Elland Road in the play-offs in May 2019, but failed to take Derby up; he beat Leeds at Stamford Bridge in December, but didn’t win enough else and was sacked. Whichever team takes him next must be beaten by Leeds and beaten well, just to restore some order.

The history behind this Saturday’s fixture, from the battles of the 1960s and 1970s, to the pre-millennium cardfests, to the Bates and Wise destruction derby of 2007, always had an aspect of north against south, grit against money, virtue against extravagance. Inevitably it had people wondering what difference a vociferous crowd would have made inside Elland Road this time. But the old place didn’t do too badly without us.

The relative cost of Chelsea’s reserve goalie against our entire squad is a cliché, but it’s significant. This season’s nine-player benches reveal a lot about squad depth, and while Leeds look a little stronger of late, Jack Jenkins doesn’t have quite the same standing in football as Olivier Giroud.

In a sport of marginal gains, though, perhaps Elland Road is important to Leeds, empty as it is. Social distancing regulations mean visiting teams get changed in what used to be Howard’s Restaurant, before Ken Bates’ Beeston dressed as lamb fine dining concept failed and it was converted into a bar for away fans. I saw the room when Marcelo Bielsa’s overcrowded press conferences were moved there after games in his first season, and while I’m sure there will have been some alterations to meet the Premier League’s standards, I like to picture Thomas Tuchel giving his teamtalk there as it was: faux wood panelled walls a 1980s wine bar would have been ashamed of, carpets borrowed from a suburban branch building society, elite athletes seeking refreshment glancing nervously at the John Smith’s pumps lining the dusty bar.

The West Stand needs modernising, but not while Timo Werner is using it. Even if the modesty of the temporary changing rooms has received a fig leaf, prying cameras give glimpses of the untouched concourse and tight corridors the visiting players must troop along to the pitch, distemper on the breezeblock walls, 64 years of stale beer and piss soaked into the uneven concrete floor. Barnsley fans in the away end used to be sweetly reminded of home; now Christian Pulisic is slipping on the steps, inching along the cramped aisles, tapping the seats because they can’t really be wood and iron, can they?

All this might not make any difference at all. After all, Chelsea have been to actual Oakwell this season. But the way Thomas Tuchel was moaning about the pitch before they even travelled makes me wonder.

“We had some pictures from the pitch,” he said in his pre-match press conference on Friday, “so we also have to adapt to a pitch that’s by far not the standard we are used to playing on. We have to adapt, that’s our job.”

And how well did they adapt? Judging by his post-match comments, not very well.

“It was not so nice to play and the pitch isn’t in a good condition,” he told the BBC. “It was very bouncy, very slippery. Was it a factor? You can never be sure.” He also mentioned that the state of the pitch, “Maybe for the spectators on TV it’s not so clear,” while left-back Ben Chilwell chipped in that it, “Wasn’t the best pitch for both teams.” 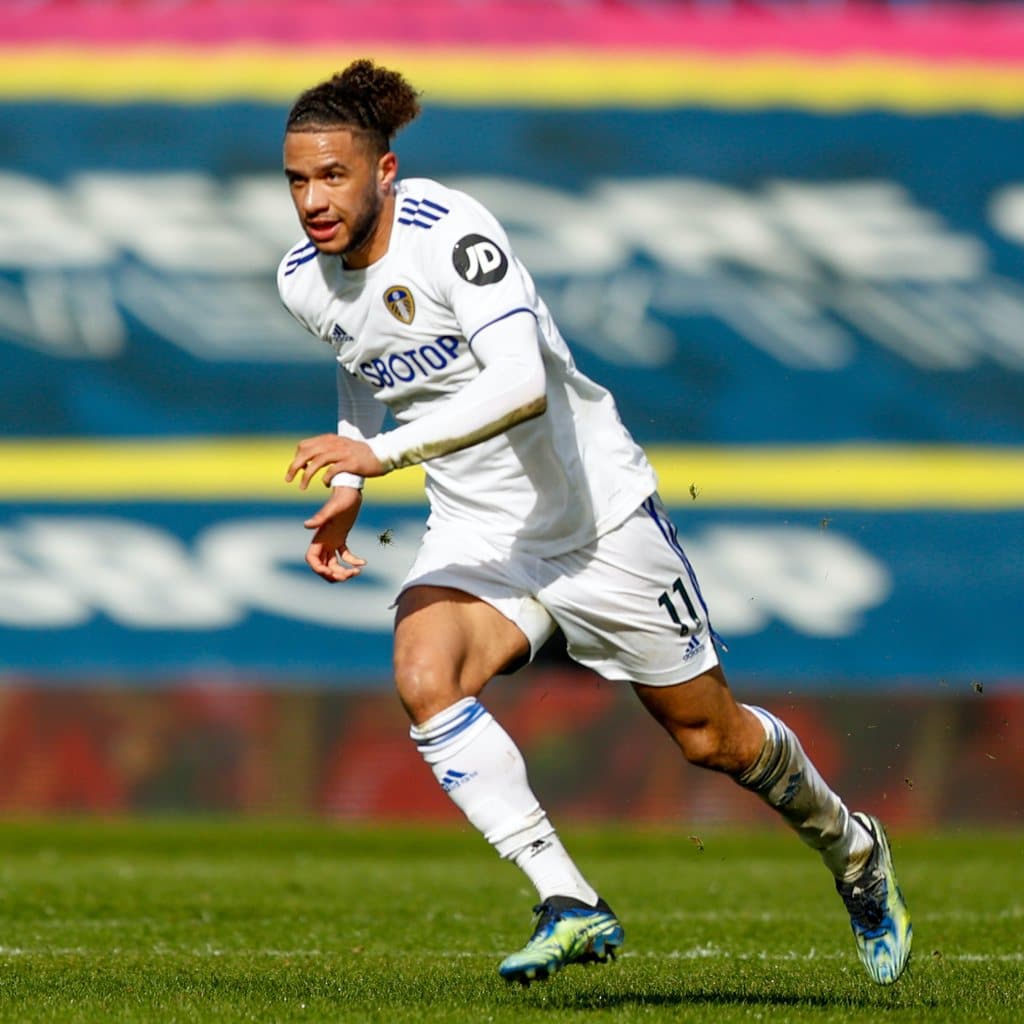 Strictly speaking Elland Road’s playing surface is not good enough and its summer replacement will be long overdue. But until then, like the emergency facilities in the antiquated West Stand, I’m quite pleased it will be there to welcome Liverpool, Manchester United and Spurs, while the fans can’t be.

Dirty Leeds are a much nicer club with Marcelo Bielsa in charge, and under his influence a lot of the fans have probably become much nicer people. But we’re still Leeds, and sometimes it’s fun when Marcelo’s back is turned to remind people of that. Welcome to Leeds, Chelsea. Your players cost how fucking much? That’s nice. They can fucking get changed in there, then go play on fucking that. Yes, that stand is named after Norman Hunter. Good fucking luck.

Ah yeah, luck. Fuck. I wonder where Leeds would be this season with a little more of it. How come Adama Traoré can smack a shot off the crossbar and in off our goalie’s head to win a game for Wolves, but when our Tyler Roberts places an audacious chip precisely beneath Chelsea’s bar, Edouard Mendy has the fingertip and the fortune to put the ball safe?

Roberts was player of this match on a pitch littered with medals and money, but no matter how many times he puts the ball in the net, he can’t buy himself a goal. At West Ham, Helder Costa was ruled offside by the width of the hair on his kneecap in the build up before Roberts finished; here, Pat Bamford was offside in the build up before Roberts finished. These weeks could decide a great deal about Tyler Roberts’ future career, and he is being challenged to make the most of them. It’d be nice if he could catch a break now and then.

Some things did go United’s way. Luke Ayling tried clearing a ball by smashing it into Diego Llorente, and the rebounding ball hit the bar and dropped into Illan Meslier’s arms. Meslier represents good fortune in general, because we’re lucky to have such a self assured goalkeeper making so many good saves. He was needed, as Chelsea attacked Ezgjan Alioski at left-back over and over again until, suddenly, they didn’t. Alioski’s main opponents in the second half were his mouth and the referee’s ears.

A first half injury to Bamford, with Liam Cooper already absent ill, were reminders, just when the squad was creeping back to full strength, that we can’t have that. Rodrigo replaced Bamford and was involved in the second half’s best chance, heading Roberts’ cross into the six-yard box for Raphinha, whose shot was matched by Mendy’s save.

Rodrigo came on with ten minutes of the first half left, plus one minute of stoppage time, and went off again with eleven left in the second half. It was a mysterious subbing of a sub until you look at those timings: he played exactly 45 minutes of football, the half-a-game Bielsa deems him fit for as he recovers from his groin injury. Bielsa said afterwards he got more from Rodrigo than he had expected, and was grateful for his efforts, but note how that didn’t mean he came off any sooner to save his energy, much less that he got ten more minutes until the end of the game. 45 minutes was the plan and 45 minutes were what he played. 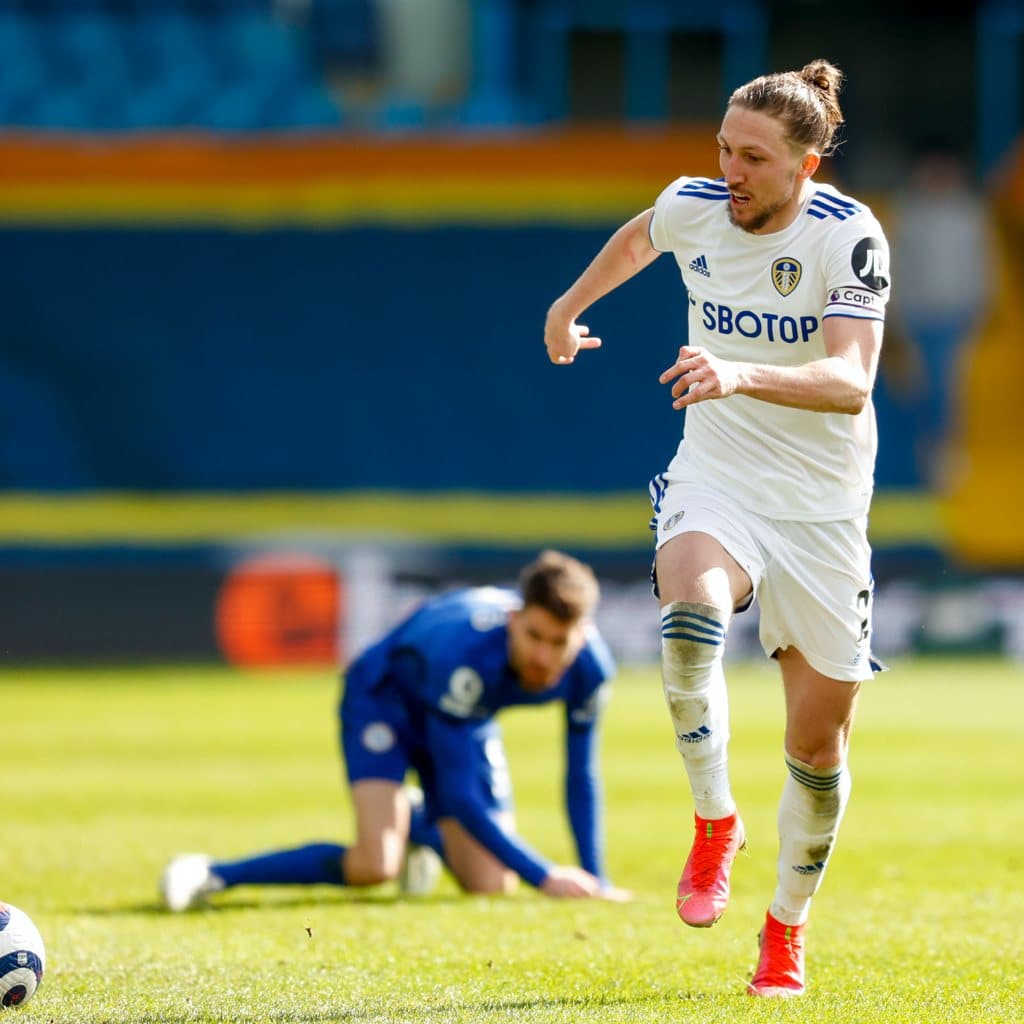 Around and about all this were Chelsea, threatening but nondescript, gradually more expensive as reinforcements left their asbestos shelter. (Just kidding guys! It was all removed last year! That stuff is just old pigeon feathers!) Starting with Pulisic, Mason Mount and Hakim Ziyech swirling behind Havertz, Tuchel tried Werner, Callum Hudson-Odoi and Reece James, but nobody could break Llorente and Pascal Struijk’s hold on the centre. If they did, Kalvin Phillips was always there to give alert assistance.

Chelsea couldn’t score, but it had to be the pitch’s fault, or maybe the changing rooms, perhaps the hum of traffic on the M621, the rumble of Intercity trains passing close by the deserted old stadium.

Perhaps a partisan crowd would have made a difference for Leeds, but we can only bide our time and be ready to make an impact next season. Next time Chelsea visit the changing rooms should be in a permanent state of luxury, the dugout areas revamped with racing seats, the playing surface stripped to its foundations and rebuilt to rival the Cross Flatts’ bowling greens. It’ll be more like the Premier League they know, the Premier League Leeds United’s players have been getting used to, the Premier League that pampers them. But the fans won’t be. Until then, Elland Road is doing all it can. ◉