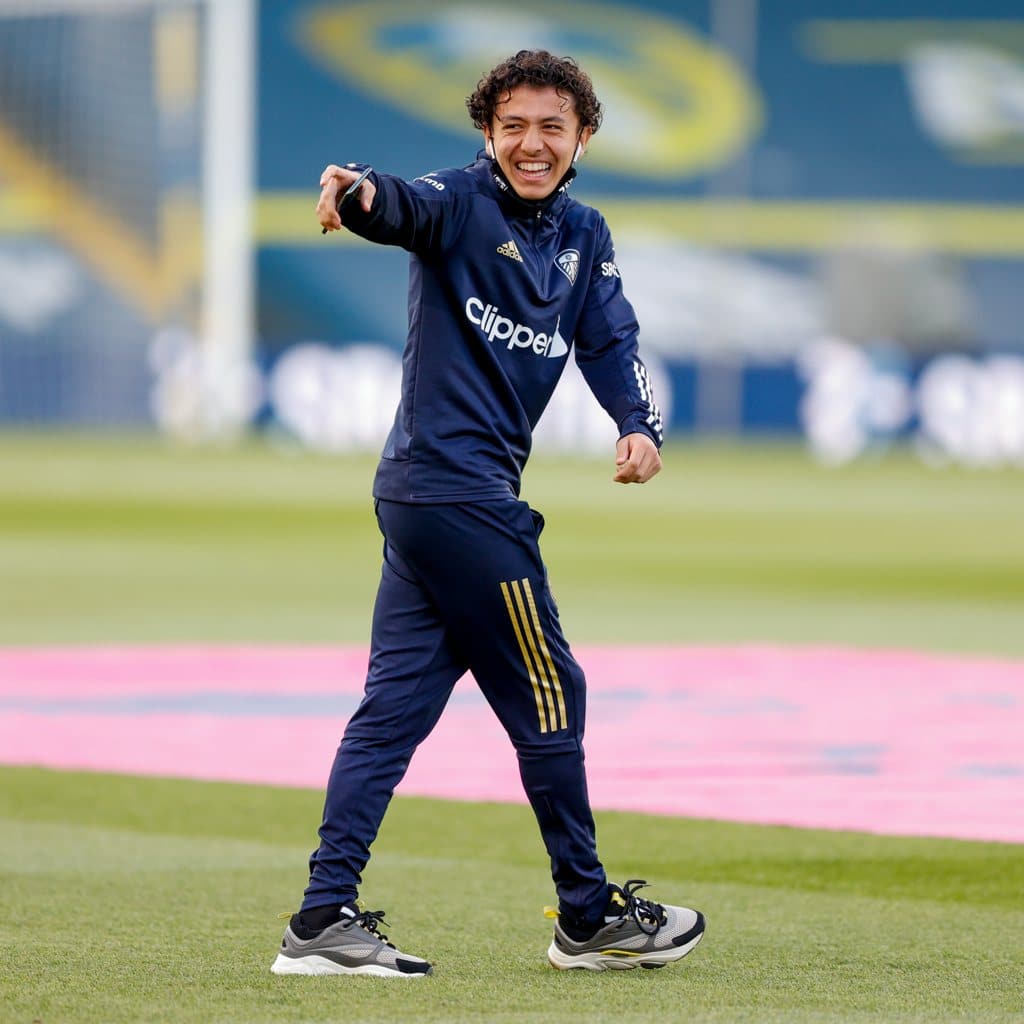 On Monday night, Pat Bamford says, he ran so hard against Liverpool he was upchucking in his mouth, but before he could sidle to the sidelines to swill away the sick, Bielsa was booming at him to run some more.

The sickness on display against Manchester United came courtesy of Poveda’s halfway line tekkers, not dribbling his undigested breakfast down his chin but the ball around his markers, within bellowing distance of Leeds’ dugout, in case anyone wanted to tell him off.

If Poveda was sent on to make sure of the point, perhaps that’s why Mateusz Klich and Robin Koch soon followed, to get it done properly. Or perhaps those later changes have been over-interpreted because, by full-time, there wasn’t much else to translate.

Leeds started better than they did at Old Trafford in December because they couldn’t have started much worse. They ended with a point, to add to one won against Liverpool, another game contrasting with its version away. Before that was the defeat of Manchester City, who only got one goal and one point out of Elland Road back in those naive, chaotic days of October, back when Leeds conceded two in four matches, the absolute crazies. Okay, either side were the four goal mambos, but stop me before we have a long boring talk about Crystal Palace scoring four off 0.9 xG, Arsenal hitting none off the same.

This weekend we can wonder how much the substitutions against Manchester United were down to clean sheet lust, or how much to Aaron Wan-Bissaka breaking Helder Costa’s back with a touchline bodyslam? That’s what brought Klich on his place, pushing Tyler Roberts to the right wing, not really his scene. That made it easier, while Ole Gunnar Solksjaer was getting Paul Pogba ready from the bench, to decide to send Koch on the pitch to mark him.

Maybe that change does say something like, aged 65, Marcelo Bielsa only just heard the words ‘game management’ this season thanks to Graeme Souness’ bitter introduction to British soccer, and now he’s convinced. It feels more likely that it was saying something about this match. It never felt like a game with eight goals to offer, so why should Bielsa try forcing one from his bench, where Sam Greenwood and Crysencio Summerville promised they were ready, when Solksjaer was backing Pogba up with Edinson Cavani and something probably needed doing about that? Bielsa might be loco, but he’s not tonto.

Wan-Bissaka’s crippling throw of Costa was significant in its singularity, being the most obvious foul in the game, drawing the least punishment — not a free-kick nor a yellow card, except for Bamford, who booted the ball away in frustration. Nobody tell Pat that Scott McTominay escaped a booking for the same thing, or then he’ll really be bilious.

Quality drained out of the game once it was clear that Craig Pawson, the referee, while he could stomach those strong-arm tackles, couldn’t abide the high, close press Leeds were using to stop their opponents. Disputing possession is part of football, and that means where the ball goes, legs will follow and collide. The ref’s role is important, because the flow of the game can depend on how they deal with the ordinary knee taps and ankle bangs of players trying to get the ball off each other. Leeds, who often play like a rugby team trying to keep the offloads going on a sixth tackle against the clock, suffer when their opponents play for soft contacts and free-kicks, but only if the ref is willing to give them. So Pawson was, along with yellow cards for first offences, turning this into a stop-start encounter with few chances to build slick moves to create scoring chances, and the team in white shirts banned from touching the team in red.

A free-kick, unsurprisingly, was the best moment for the red shirts, and for Illan Meslier in the green, whose strong forearms cut the nonsense out of Marcus Rashford’s knuckleball. If Daniel James hadn’t frozen like a loanee in limbo on deadline night whenever he got through on goal, he might have done something, too. For Leeds, Costa had a shot deflected over, and fired a low cross where the soup spoon would be, just off Bamford’s plate. Dallas had a shot on target, but most of all Leeds had a hankering for Raphinha’s invention, and for a home crowd to drown out the pressure on Pawson from the away players and staff.

Not to worry. Part of opposing the Super League last week meant acknowledging that football has the right to descend into drab. At least, for Leeds, that’s rare, and unless they pull similar both-ways blanks against Brighton, Burnley and West Brom in the next month, I don’t think we should call it a trend.

What about our wantaway opponents, though, and the big bag of bad debts they call a team? Their side at Elland Road looked like a perfect Super League metaphor, a competition deemed necessary by owners who know the cost of everything and the value of nothing, and only realised the cost of everything after they’d already paid too much for it. Perhaps the real reason the Glazers want to smuggle £80m Harry Maguire away to a private league of equally expensive superstars is because putting him on a pitch with Pascal Struijk, who Leeds signed for nothing, is embarrassing for them. Because they spent £35m on Victor Lindelöf so he could whack long balls over the top to Rashford that only Neil Warnock couldn’t put a price on. Because £47m for Fred looks daft compared to £1.5m for Stuart Dallas, even after £90m Pogba came on to help him. It’s not only a heartwarming tale of Leeds’ players rising against the odds, but a condemnation of whoever was signing those cheques at Old Trafford. Who, let’s not forget, let Pogba go to Juventus for £800,000 in compensation, only buying him back for ten times as much when they realised how many tractor sponsorships he could clinch.

This is all relevant to an underrated part of Bielsa’s response to the Super League, how he outlined that football would be better if the teams playing it were more competitive, because there were more players around of better quality, which ought also to mean more sensible transfer fees, so long as clubs also reduce the size of their squads. Which if Bielsa’s other edict of playing fewer games was carried out, they might. How could Old Trafford’s executives justify such mad outlay on backup defenders if their fixture list didn’t contain a Super League or an unwieldy Swiss style Champions League, and the market was overflowing with Struijks, not to mention Llorentes, Kochs and Coopers? And if the biggest clubs no longer required the longest benches, mightn’t other teams get a chance at keeping their best players, and getting to the top — ah, that’s the problem for them, isn’t it. Alright, lads, spend on, spend on. We just won’t ask what Wan-Bissaka can do for £45m that Luke Ayling can’t.

It can feel dangerous, sometimes, to make too much of Dirty Leeds’ current bid for soccer sainthood: the manager speaking against Super Leagues and their wider economic catalysts, the players speaking out against racism (alright, there’s Casilla), standing up instead of diving (alright, there’s Ayling); the rags to riches tales that brought them to the Premier League and the thrilling football they’ve played there this season, while their supposed betters have nervously crabbed their way into the European places, catching terror from their owners about the self-inflicted financial consequences of failure. It feels safe enough to call us holy after this game, though, even if Marcus Rashford is quite nice. ◉