Some adult smokers never lose the instinctive disguising of their habit. Auto-furtive, they hide their cigarettes, curling their fingers into a fist, as if they’re still fourteen behind the bike sheds, anxious and thrilled by the risk of getting caught. They think if they’re subtle then nobody will know and no one will tell, despite the acrid smell, the yellow fingers, the hoarse cough spoiling their deception. They’re still expecting detention at any moment. They’re 35 years old. 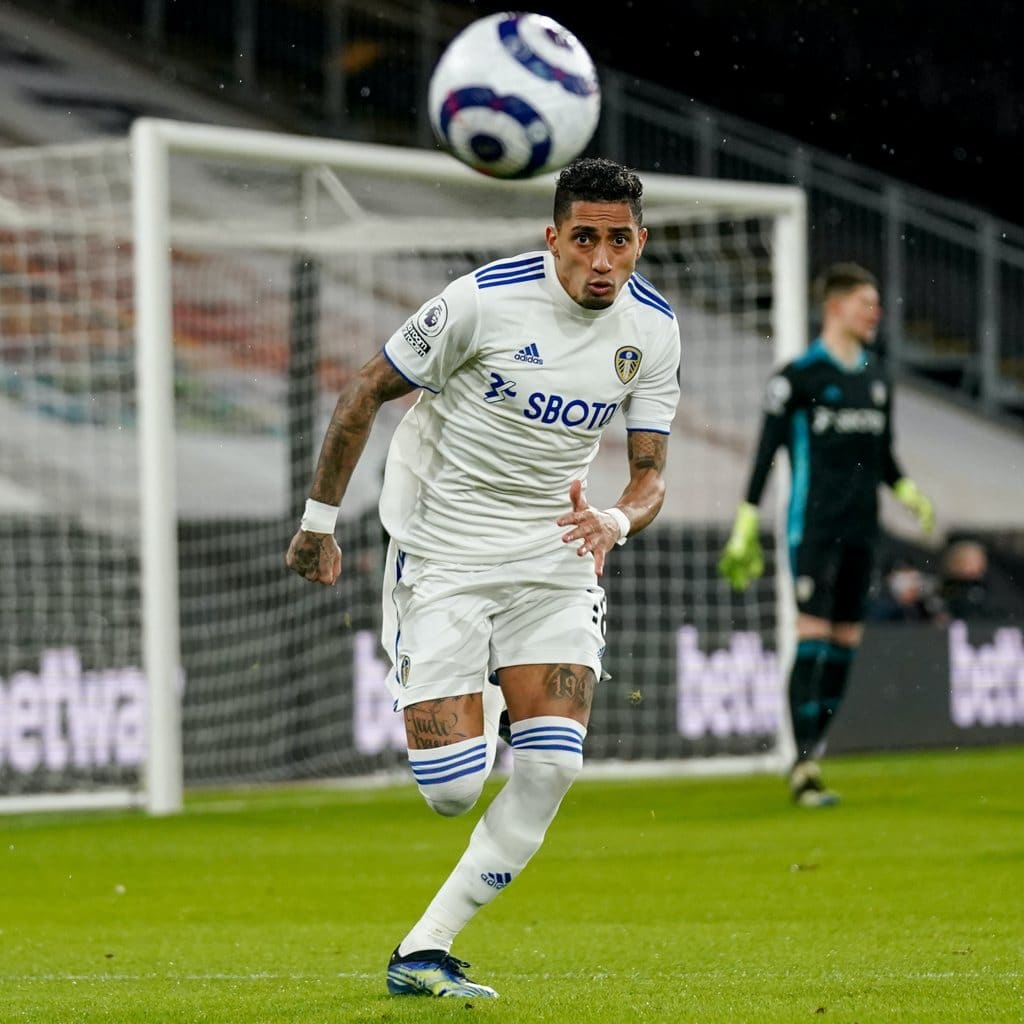 Aston Villa are 8th in the Premier League but played at Elland Road like a team fearing relegation. Villa were going to be relegated to the Championship last season until the goal decision system broke down at Villa Park, but they played this weekend as if expecting that decision to be overturned at any moment, like adults trying to order alcohol in front of their parents without letting on they’ve been drinking since they were twelve. “Dark Fruits, what’s in that, is it nice?”

This was football still fighting relegation in the top half of the Premier League. Everything Villa did was designed to stop Leeds playing, while knowing it would prevent them playing too. It’s Sam Allardyce’s paranoid style, stopping a game from happening at all costs, aiming for an away point, hoping for more but not daring to try getting it.

We dealt with the question of luck against Wolves, when Liam Cooper’s header nearly won the game, moments before Illan Meslier’s lost it. Good managers, as Marcelo Bielsa and Howard Wilkinson agree, work hard to eliminate luck as a factor, to build teams who impose themselves on a game so they don’t suffer if a bounce goes against them, and don’t rely on fate in their favour to get a result.

Compare that to Villa, going into this game with no ideas about creating, intending only to destroy, hoping they’ll maybe find a jewel in the rubble and be allowed to keep it. Some unearned consequence of fate, or in this case, Elland Road’s pitch. Ollie Watkins slipped while shooting from a nonsensical place; the ball span to Anwar El Ghazi, unmarked because he’d just taken a corner. He only had to touch and shoot for a goal he didn’t deserve; Watkins got an assist, too, that will rest in his stats for the season as a lie.

It was like the game against Swansea at the start of last season. Leeds could have been 5-0 up in the first half at Elland Road that day, and had 21 attempts on goal despite Swansea’s ultra-defensive tactics. Then Wayne Routledge scuffed a goal in the 90th minute and their manager Steve Cooper claimed that outcome, all owed to luck, was the plan all along. He was telling the truth, but that he’d placed more faith in luck than in any of his forward players was not something to be proud of.

Aston Villa can do more than they did this weekend. They’re a different team with Jack Grealish involved. His six goals and ten assists are a big reason why they’re in the top half. But now their Premier League status is safe, refusing to use his absence as an opportunity is giving in to a relegation mindset. Ross Barkley was on their bench, an expensive loanee from Chelsea about whom Villa and England have questions. Injury curtailed his bright start to the season and he’s struggling to get back into form. Here was an opportunity to be creative against the second most generous defence in the division, only being protected by a young defender out of position, who had to be removed in the first half of the return fixture. What could be better for Barkley? Sitting on the bench doing nothing, apparently.

Pascal Struijk’s presence in midfield is partly enforced by Kalvin Phillips’ injury, but is also a test and training exercise to see if he can play himself into becoming a viable alternative there. It might not always work on a match by match basis, but as with Tyler Roberts taking over from Rodrigo, Bielsa is turning adversity into opportunity for discovery. Villa need a plan without Grealish for when he’s injured or sold, but at the moment that plan is simply to stop attacking and hope for the best. Long term, they’ll need more than that. Barkley might answer, but how will they know?

Perhaps Leeds should have dealt with all this. It took three substitutions and 88 minutes to create a big chance, Jackie Harrison chipping a cross that Raphinha headed wide at the back post. Bielsa insisted afterwards that United’s own lack of invention was to blame for the result.

I’m more inclined to absolve the Peacocks, forget this match and move on. Invention needs time and Villa denied that luxury, wasting their lives with the football equivalent of social media doomscrolling. They can’t have been enjoying what they were doing, but they had convinced themselves the dopamine hit was just hiding and it was only a matter of time and thumb movements. Gritting their teeth, ignoring the signals from their suffering brains and bodies, they destroyed themselves in pursuit of a funny cat video they’d seen before, or a lucky away win. Leeds couldn’t wrest control as the minutes spiralled away into oblivion while the ball was kept out of play.

Some beauty was provided by Leeds United, like flowers growing on a slagheap. Raphinha dribbled as if the game depended on it, keeping the ball at his feet for as long as possible, fending off the fate the gorgeous football would meet if lost to Villa’s hands, where it would stay, gripped, as they revelled in a throw-in. 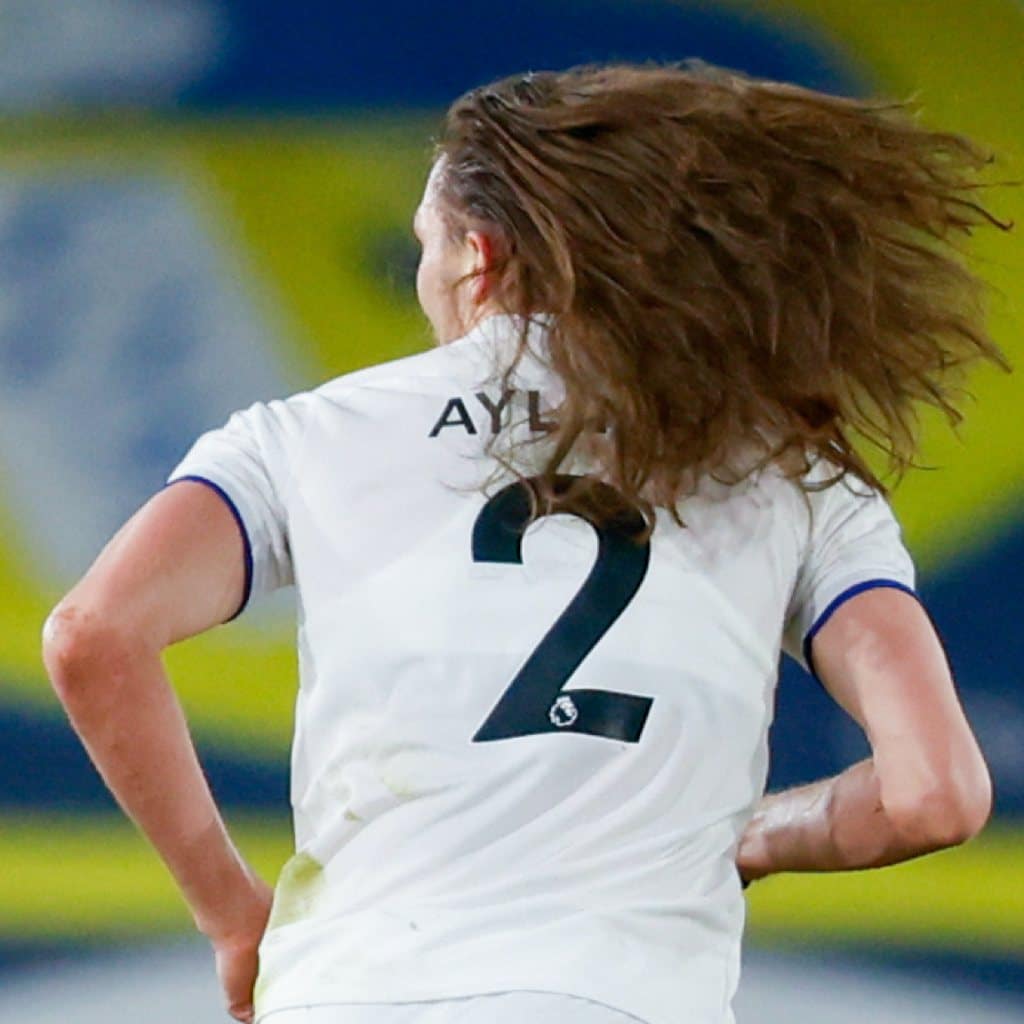 Then there was Luke Ayling’s hair, first loosened then unfurled in full by two bobble-shaking challenges, changing the game like a goal. Football in lockdown has become a grimly familiar experience, every game looking the same as the camera pans across green from side to side. Ayling’s mane was a shocking new aesthetic experience that overran synapses with a barrage of confusion and nostalgia. With his hair long around his shoulders Ayling looked like a different player, taller somehow, the flow of his locks like a new accent for his body language. It was like suddenly bringing on a player from an old sticker book or a classic World Cup game, a maverick defender from a far-off league discovering international fame; or a hairy hard-man glimpsed in a Cup Winners’ Cup match whose half-heard name is yelled in playgrounds for weeks to justify kicking your friends. In Germany, Robin Koch was first celebrated as the heir of his father Harry, the Kaiserslautern defender whose black hair grew famously long and curly. For a few brief moments Leeds United tasted that cocktail of novelty and lineage, until a bobble was found and Ayling’s tresses were tamed.

It was the best bit of the game. That wasn’t Leeds United’s fault. Aston Villa owe me a football match. ◉