It’s mysterious how much attention is wasted on the ways Marcelo Bielsa’s teams end seasons, when criticism is readily available from earlier in the campaign.

While debates rage about burnout and the business end, true heads know the real problems come in the weeks after Christmas. Bielsa’s Leeds are bad in winter. Open your curtains: does it look like winter out there? Exactly. Now look at Leeds trying to play football against Brighton. But not for too long. See? 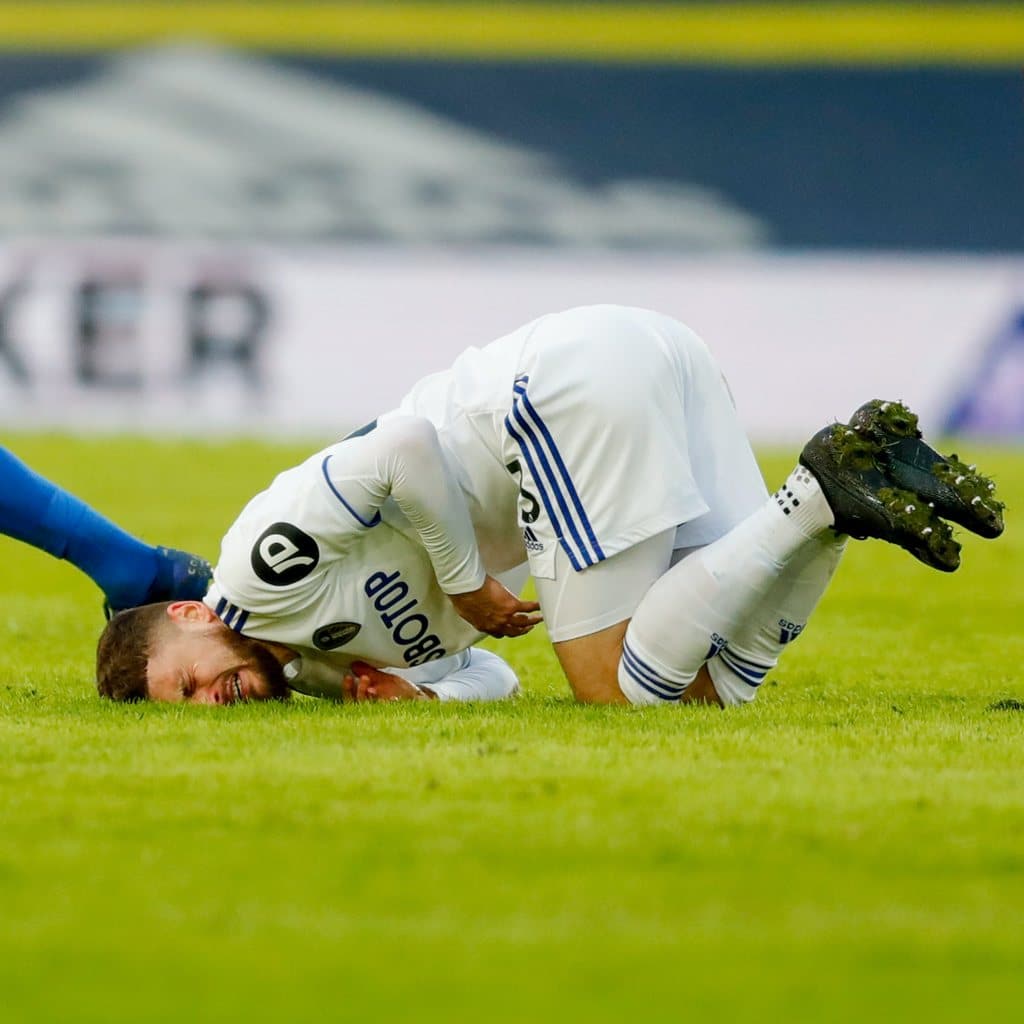 Leeds were thrilling as they clung to form over Christmas 2018 but the consecutive 3-2 wins over Aston Villa and Blackburn were improbable turnovers and could easily have been two defeats. Improbability is a fragile tactic and Leeds lost to Hull, Nottingham Forest, Stoke and Norwich; Kalvin Phillips and Pontus Jansson were sent off; QPR won in the FA Cup third round; ‘spygate’ brought Bielsa unwanted national attention. Derby and Rotherham were beaten, but a 1-1 draw at Middlesbrough depended on eleven minutes of stoppage time accrued while our young hopeful Jack Clarke was being removed to hospital.

Last winter was hardly better. A commanding lead was thrown away when drawing with Cardiff. A crucial title clash was lost to Fulham, there was more improbable chaos at Birmingham, and another defeat at Loftus Road, this time in the league — Arsenal took charge of ending our cup delusions. Games were lost to Sheffield Wednesday, Wigan and Nottingham Forest, Phillips got a red card again, and from having one hand on top spot Leeds slipped to desperately gripping 2nd.

Perhaps this winter is only getting started. The consistent pre-Christmas wins of the Championship seasons haven’t been repeated in the Premier League, understandably, but an 11-2 aggregate over Newcastle, Burnley and West Brom made up for Chelsea, West Ham and Old Trafford. Now, after Spurs, Crawley and Brighton, it’s a relief that this weeks’s game with Southampton is postponed, and the next match is far away in distance and time, at Newcastle at some point. Pray for a thaw, and that Steve Bruce can’t reverse our victory of a month ago.

Against Brighton, Leeds looked as dejected and bereft as they did against Stoke in 2019, or Sheffield Wednesday in 2020. Barely touching Ezgjan Alioski’s drilled cross, Rodrigo missed an easy early chance, then disappeared. Pat Bamford airkicked Raphinha’s low cross, not adding to his meagre tally of touches in a game he ended without shooting for the first time in years. Raphinha was offside, but it would have been nice to see a shot anyway. Like Rodrigo, Bamford was soon lost in Elland Road’s gloopy ground, hands sticking out of the mud and slush like quicksand, reaching desperately for Mateusz Klich to save them. But Klich could feel the banks giving way beneath his feet; asking him for help was futile as he, too, was sinking in the mire.

Elland Road’s pitch is among United’s worst performers, another source of uncertainty for a team in doubt. But Ben White had the confidence to overcome it, running upfield with the ball and giving it to Alexis Mac Allister. His one-two with Leandro Trossard took him behind Stuart Dallas, and his low cross was tapped in by Neal Maupay, who was behind Kiko Casilla, far away from Luke Ayling. That was 1-0, after sixteen minutes, and Brighton only had to do it once, although they tried a few more times, and Leeds hated them doing it. Albion had a team packed with defenders, one of the reasons Bamford, Rodrigo and Klich couldn’t pass around them to play with the wingers, or win the ball back from one because others were close and ready to help; and those defenders were all comfortable running through midfield with the ball where, once Rodrigo and Klich were bypassed upfield, there was only Pascal Struijk trying to stop them. Then it was just a short pass to reach their few but effective attackers.

Can it really be that easy to beat Leeds? Not really. As mentioned, Brighton only got all the way to scoring once. But combined with whatever brings on this wintry mood in Leeds, it was all they had to do. Leeds didn’t have one big, unassailable problem, but they had lots of little problems, so that when arguments broke out between players they had a long list of topics to choose from and no game-changing solutions. One late example: a hallmark of Leeds’ best play is that a ball rolling towards a touchline is never out of play, and they will always chase a chance to keep it in and keep attacking. Yet there was Bamford, complaining to Tyler Roberts about a pass over his head, even while Ian Poveda was chasing the ball at the byline. On their best days, Leeds are too busy believing to waste time arguing.

The television commentators had some romantic notions about how the disaffected players could have been helped by a full Elland Road cheering them on to come back to victory, but Leeds fans know better. Brighton’s early lead would have compounded the slow start, causing mild heckling until half-time and booing as the players went down the tunnel. Some hopeful singing at the start of the second half would soon have given way to cries of frustration that an equaliser hadn’t come, moans when Roberts replaced Rodrigo, and desperate urging when he turned out to be the most promising source of a goal. With the late rally producing nothing, the full-time boos would have fallen on the players like judgement. Elland Road crowds are not good for a goal on dark afternoons in January when the streets are mouldy with old snow and Ben White is, the bloody typical git, bossing midfield, but you could at least say the Leeds supporters and players would have been as fractious and irritable as each other. Misery loves company, and we’re used to winters like these.

Two under Bielsa plus one courtesy of Thomas Christiansen, if we go back as far as the good times beginning to glimmer; I’m gloomy enough without going back further. 2017/18’s bright start was all undone amid red cards, nine winless league games plus a catastrophe in Newport (thank you again, Ben White); one good moment — Jay-Roy Grot’s hopeful header through the snow — blotted out by Jansson and Pennington floundering for Sheffield Wednesday’s winner. That day was what we really miss about football in the pandemic: not suffering through games like this in the stands, but the shivering camaraderie later in the pub.

It all feels like a familiar story but it’s one the pundits don’t know. Perhaps they’re too attracted to the alliteration behind Bielsa Burnout, and if our manager’s name was Walter they’d get wise to our winters. Maybe Leeds do suffer in the spring, but maybe it’s because winter sets up our seasons for desperate pursuit of repairs. We’re not quite at the point this year when Ayling has to give ashen-faced interviews, or for replacing our coach with Paul Heckingbottom. But it is time to remember the inverse truth of the burnout myth: Leeds get better at Valentine’s. Eight wins from eleven in 2018/19 (until we came to a bad end), twelve wins from fourteen winning the title in 2019/20.

It’s never fun to see Ayling yelling at Rodrigo, but it was a reminder that this squad doesn’t walk away from its responsibilities. What the players have done on the pitch is only half the story of Bielsa’s time at Leeds. Their classroom study, video reviews and clear-the-air meetings slash arguments have been an important factor whenever form, as it will, has strayed from their control. The small squad instils collective nerve; problems can’t stay under the surface because the squad doesn’t have that much depth. Between now and Newcastle there is time to restore sense at Thorp Arch, while the days get longer, the grass grows thicker, cupid’s bow quivers.

The next couple of weeks will be an odd time to support Leeds United, because they’re all but going away. It’s already strange being exiled from the stadium; now there will be no press conferences, no televised games. Winter has made us feel distant already, parsing rumours and teamsheets to understand if ‘unavailable’ means ‘tested positive for Covid-19′, as appears to be the case with Illan Meslier, and retrospectively with Tyler Roberts. Quiet is an understandable policy; anyone can get coronavirus, but the attention on Premier League footballers can quickly mean witchhunts. Where did they get it, who from, and how, and why can’t they celebrate at a distance and set a better example? But it leaves fans, already outside, peering glumly through snowflakes and streetlamps, hoping to glimpse a memory of their old part in the action.

Maybe I underestimated Elland Road before. Perhaps enthusiastic support for the players’ efforts really would have carried them to victory over Brighton on Saturday. We’ll never know. But we know from winters past that when Leeds United get themselves into this mess, they’re the best people for pulling themselves out again. This year we have no choice but to leave them to it. ◉ 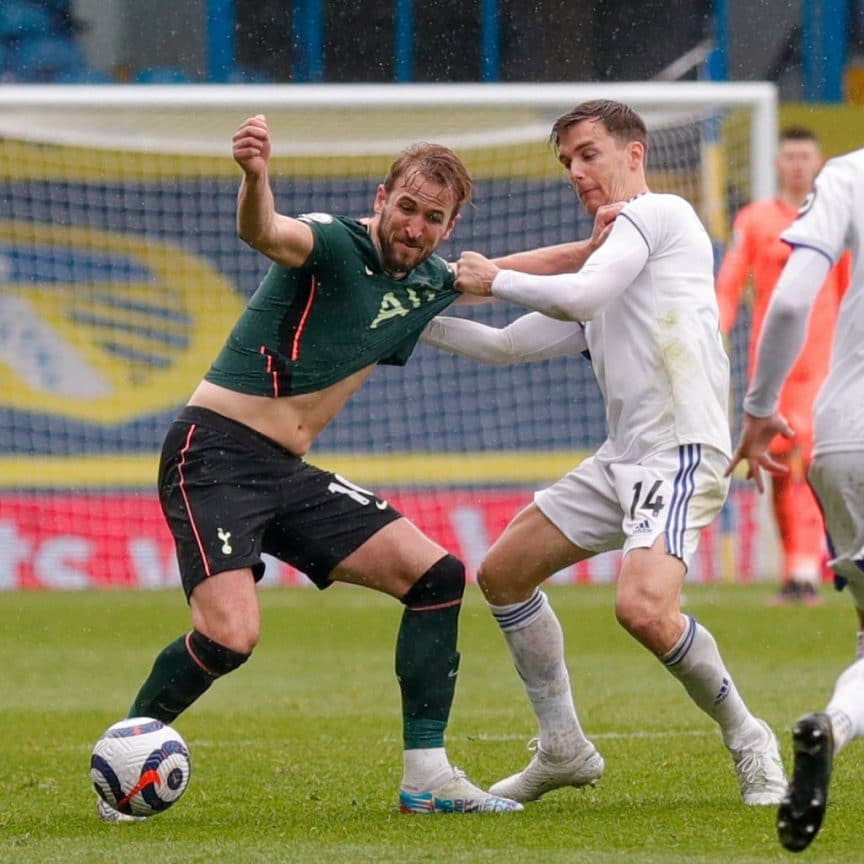