Liverpool and Manchester City have two of the best recent teams in European football, but Leeds United went toe to toe with them in recent games and took a point from the Blues.

Wolverhampton Wanderers do not have one of the best recent teams in European football, and yet Leeds United traded half for half with them at Elland Road on Monday night, and gave them all three points.

What went wrong? Nothing, really. That was football behaving as it should, a game resisting predictive analysis and acting as it pleases. What would a foregone conclusion be worth in the Premier League? Not £14.95, that’s for sure.

In the emotional support quilt of Leeds United’s Premier League season, though, this game crocheted an unhelpful gloomy square. It’s Wolves from the Championship on Monday then Villa from the Championship on Friday; we’re not spinning vivid satin with Klopp and Pep this week. This is the thread from which United’s true Premier League status will be woven. We don’t want to prick ourselves and sleep for another sixteen years.

There wasn’t much cursed about the Peacocks’ performance, nothing Marcelo Bielsa can’t lift. But after a home defeat it’s difficult to dream peacefully through Monday night, when we are haunted by the prospect of waking up on Tuesday and being forced to play Preston or Blackpool or Forest, not realising it’s all a nightmare and we haven’t woken up at all.

The Championship hung heavy on Monday night in the deserted streets around Elland Road. Last time Wolves were here we had Pierre-Michel Lasogga in the team; remembering is like seeing Jean-Kevin Augustin’s face in a potato. Liam Cooper left the pitch injured that night and was replaced by Matthew Pennington. This time Cooper’s international groin strain got to him in the warm up and Pascal Struijk stepped in; in the commentary box, Sky called up Andy Hinchcliffe. In The Great Gatsby, Jay Gatsby says bluntly that Daisy Buchanan’s voice is “full of money”. If he heard Andy Hinchcliffe chuckling away about Bielsa’s bucket, Gatsby would say it was a voice full of Sky Bet.

Wolves have moved on, to Porto via Shanghai, and United’s 1-0 defeat looks different when what Wolves have done is set against what Leeds are trying to do. Two months ago Wolves were Europa League quarter-finalists, and their results in earlier rounds, like the 4-0 home wins over Besiktas and Espanyol, shared the quality of Leeds’ European results in the late-1990s, when it felt like the club had arrived. Although Wolves lost to Sevilla, the eventual winners, their company in the quarters included Inter Milan, Shaktar Donetsk, Bayer Leverkusen, clubs with that edge-of-success aura about them that Wolves’ two Premier League finishing positions, in a week defined by the idea of the big six, sum up: 7th and 7th. They’re where Leeds want to be.

In the first half on Monday Leeds had Wolves where they wanted them. Leeds forced Wolves’ 3-4-3 into a 5-2-3, that to save themselves they had to switch to 5-4-1, and so the whole game moved into Wolves’ half. Leeds had control of midfield and were dangerous on the wings, where Helder Costa started ready to twinkle against his former club, and Rodrigo caught the mood, ready to help him.

The first chances went to Pat Bamford. With nothing worrying him in midfield, Mateusz Klich made an unchecked run into the box and flicked on Dallas’ cross to Rodrigo, who laid the ball off, but the chance strayed too far into Bamford’s thoughts and he shot well wide. He was more instinctive from a corner, heading Jackie Harrison’s header into the net, but he was well offside. Then Costa had his chance, at the end of a swift move full of lovely touches from Bamford and Rodrigo, but it should probably have been Harrison’s chance, if Rodrigo had seen his space. Costa’s position was more difficult and his shot missed. Attacks started coming from Harrison’s left wing too; a volleyed cross was taken off Bamford’s boot, and from a corner Rodrigo shot at the keeper. For around fifteen minutes before half-time the game hardly left Wolves’ half.

But that’s Wolves game. In the Premier League last season they only won one more game than they drew. Their fourteen draws included four 0-0s and nine 1-1s; they loved nicking points from tight games and had the fifth best defence in the division. Sometimes they threw in a 2-5 at Chelsea or 2-3s with Southampton and Spurs, or the 0-4 at West Ham a couple of weeks ago. But despite that thrilling possibility of imminent collapse they have the intent of George Graham’s Leeds, and have Conor Coady, playing as if destined to sign for a Lancashire club that will ruin his career for £100m, and Max Kilman to take his place when he does. Leeds pushed but couldn’t topple them, and soon had to thank Illan Meslier for a point blank save from Daniel Podence just before half-time, made more difficult by colliding with Luke Ayling on the goal line, and for a diving save ten minutes into the second half, after Podence again ran around in midfield and shot. They thanked VAR, too, for spotting an offside before Romain Saiss shot into the net.

That licence to run around in front of United’s penalty area helped Wolves score with twenty minutes left. Struijk slipped, with Lee Tomlin flashing in his anime eyes as he got up to pursue Raúl Jiménez. Struijk couldn’t catch him, nobody could, and his shot was deflected decisively in off Kalvin Phillips’ bonce.

Where Phillips had been before things went that far was another question. Away with England for two weeks was one answer. Gareth Southgate was watching this from the West Stand with his usual expression, as if blinking away regrets. Perhaps his sorrow this time is for ruining Phillips with two weeks hard plodding from Rice to Mount to Winks and back again. And where is Phillips going now? To the physio’s room for six weeks with a bad shoulder.

The goal came just when Wolves’ second half idea of swinging in from the wings to attack Kalvin through the centre was spluttering out, and after getting what they came for anyway they returned to base in front of the Kop while Leeds reverted to EFL type. They ended the game with Pablo Hernandez, Ian Poveda, Raphinha, Rodgrigo, Dallas, Ayling and Klich all trying to summon up shadows for Bamford, an old game-chasing tactic in which much of the team trades in its brain for Pablo’s and attacks with more hope than intent. Wolves sucked it all up and took their points home. This is how they’ll finish 7th again.

8th would represent a good season for Leeds, but getting there will mean holding their nerve after this and after what happens against inexplicable pace-setters Aston Villa. Leeds didn’t come to the Premier League to duke it out with Van Dijk and De Bruyne only to get beaten on the bounce by mundane clubs from the Midlands, but by Saturday that could be the case. Then it’s Leicester City, our old friends from League One, the 2016 Premier League champions.

We’ve come to a strange place, and how we live here will depend on the tapestry of emotions we weave around the team. To be picked off 1-0 by a visiting Serie A club in the Europa League would be acceptable, perhaps even glamorous. It’s not quite the fucking same when it’s Wolves, but it amounts to the same thing. And that’s where they got by the lessons they learned, and from the evidence in the first half, Leeds are not so far from their class to need worry. ◉ 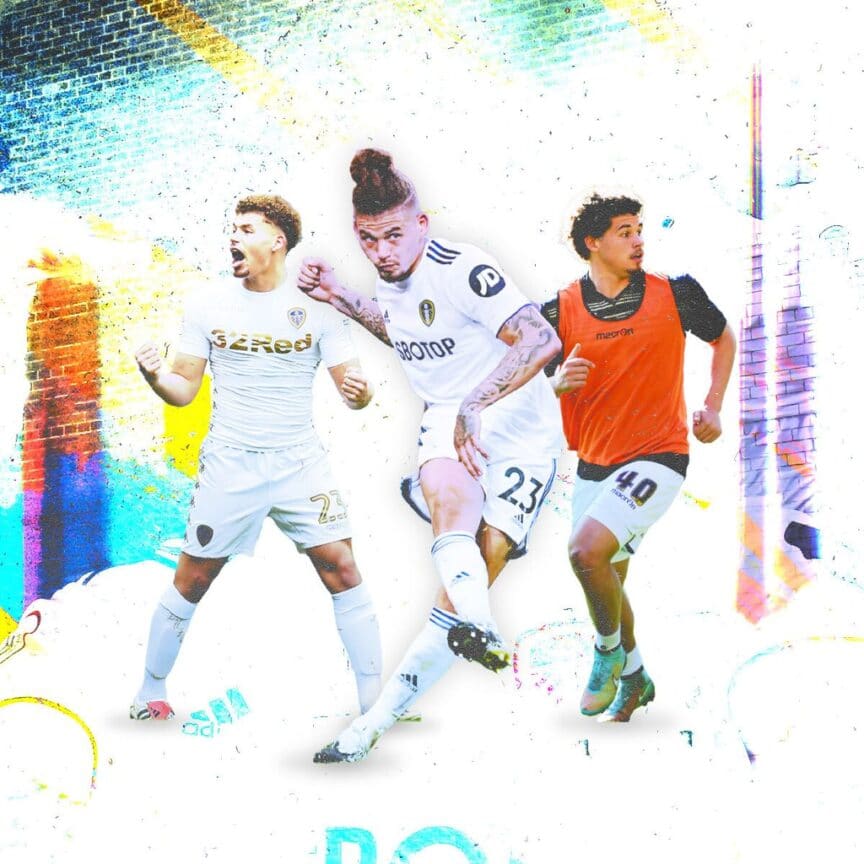