It has been a hectic week — month — lifetime enduring the reaction to Leeds United visiting Old Trafford and doing the one thing that ought to have united the world of football: losing.

And losing hard, too. For years, the Peacocks’ misfortunes have been a reliable anti-depressant for an entire sport, but something about the way Leeds lost this time offended more sensibilities than if the score had been reversed. 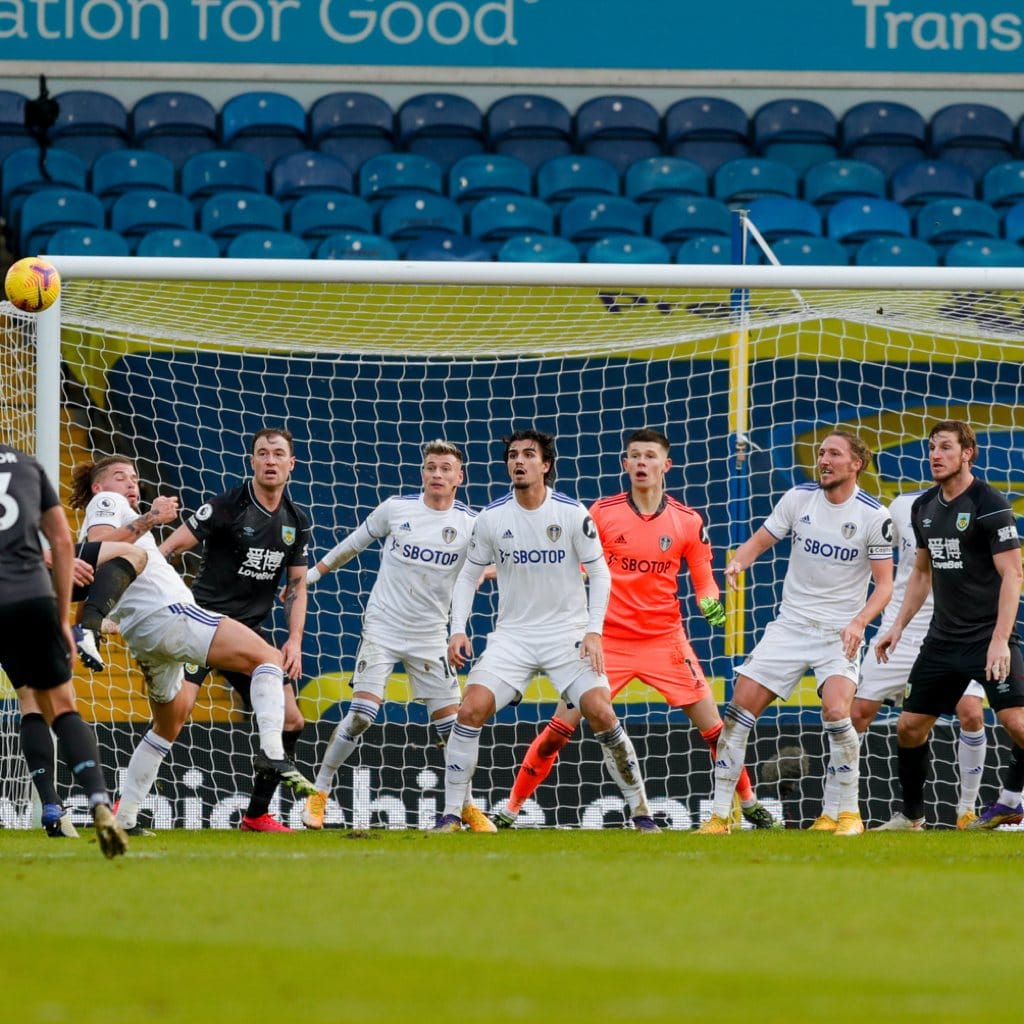 English football has been holding a forever referendum on Leeds since Don Revie dressed them up as Real Madrid and sent them up the First Division by playing like Italians, but back then people were angry because these northern upstarts were upsetting the natural order of England conquering the world the West Ham way. England had exported the world’s game. The last thing a team from Yorkshire should do was import the world’s ideas.

Now it’s hard to tell what people want Leeds to do. Perhaps the margin of defeat at Old Trafford stole the pundits’ thunder; what could they criticise after Leeds conceded six such self-destructive goals? There was no subtext to tease. Leeds ought to be careful, the experts opined, or else they might get heavily beaten sometimes. Aye. Thanks for the warning.

Or maybe they knew, deep down, that Leeds have performances in them like the one that beat Burnley, one penalty goal to nil. Outside West Yorkshire the worst thing about the way Leeds have been playing is how well it’s working: by most measures, this is the best start to promoted life by a Premier League team for years. Leeds are sticking around unless, as Bielsa implied in his irritated press conference on Christmas Eve, the media can make Leeds doubt themselves. Nobody can revel in our defeat at Old Trafford for long if, ultimately, Leeds are still in the Premier League next season.

Enter Burnley, to prove Bielsa’s contention that each match depends less upon style than upon the performance of the players. Some aspects were repeated from Old Trafford: Leeds were put under pressure, Illan Meslier was busy, attacks became rarer as their opponents dominated. Why, then, did Manchester United score six, but Burnley scored none? For the same reason that Manchester United have scored thirty goals in fourteen games this season, and Burnley have scored eight. Burnley’s players aren’t as good, and don’t play as well, as Manchester United’s.

Bielsa’s career has been an experiment testing one style of play, but he is sincere when he denies that one way of playing can guarantee better results than another. Bielsa’s football offers more beauty — a quality distinct from entertainment — but nobody and nothing can guarantee a final score. That’s why, even if Leeds were bottom of the table and doomed, it would not be the last word on Bielsa’s style. Bielsa’s Chile played this way at the 2010 World Cup, the pinnacle of the game, and qualified from the group stage. Egil Olsen’s Norway played at World Cups with something closer to Warnock-ball, and qualified from their group in 1998 by beating Brazil. It ain’t what you do, it’s how well you do it. So you can choose what you do.

Leeds didn’t do much against Burnley as well as they can. Perhaps the six scored against them at Old Trafford, and the subsequent attention, hurt more than they’d like to confess. The early lead was a relief, taken when Burnley’s supposedly drilled central defence was flummoxed by Luke Ayling’s long pass through the middle of it, and goalkeeper Nick Pope rushed out, clattering through Pat Bamford’s legs. Bamford stuck the penalty into the top corner, and Leeds fans breathed a sigh of relief, freed from Scott McTominay’s three-minute hex.

Leeds could have added more before half-time, with Raphinha breaking inside but too patient when he had chances to shoot. Jackie Harrison shot through a crowd of players but not through the last obstacle, Bamford’s leg; then Harrison put a cross onto Rodrigo’s head, from where the ball went into the South Stand. Harrison, thinking of his output stats, was entitled to fume.

A second goal might have made a different second half. By playing twenty yards further forward Burnley disrupted United’s attempts to play from the back, and even Pablo Hernandez, on as a substitute, couldn’t find a way over them to Bamford. With Ashley Barnes and the midfield closer to Chris Wood, the ex-Leeds centre-forward was the plank for their sustained attacking. Burnley had ten shots, four on target, three were blocked, four were saved. They had nine corners and at least another couple of set-pieces to cross, meeting Meslier trying a new tactic of rushing out to meet the ball, which was effective, even if his contact wasn’t always. In the end Burnley sent their own keeper forward, desperately trying to score from a corner, and Meslier’s most confident punch of the day came above Nick Pope’s challenge.

“They have not been as strong as they would like from set-pieces,” Sean Dyche had said before the game, “And we are very strong from set-pieces.” He left the listener to draw their own conclusions. Given Leeds successfully defended eleven of them and kept a clean sheet, I’m not sure what I’m supposed to think.

Dyche was not happy at full-time, stamping across the pitch to book an appointment to debrief the referee, Robert Jones. Dyche was enraged by the penalty given against his team, claiming Pope touched the ball and so his impact with Bamford’s legs was irrelevant; and about an incident in the first half when the referee blew for a foul on Meslier just before Barnes put the ball in the net. “I have no clue how the referee doesn’t give himself five or six seconds,” he said. “Keeper knees [Ben Mee] in the back, drops the ball, and somehow it’s a foul on him. It’s an impossibility.”

It’s hard to understand why Dyche thinks seeing the ball in the net should change the referee’s opinion about a foul, but he’s right that Mee seemed to do little wrong to Meslier. But, inevitably, Dyche had to elevate the incident to an existential crisis.

“If that’s a foul, we’re in trouble,” he said. “The game is in a really precarious moment where physicality is at a minimum … It is still the people’s game, and the people have to be careful what they’re wishing for.” 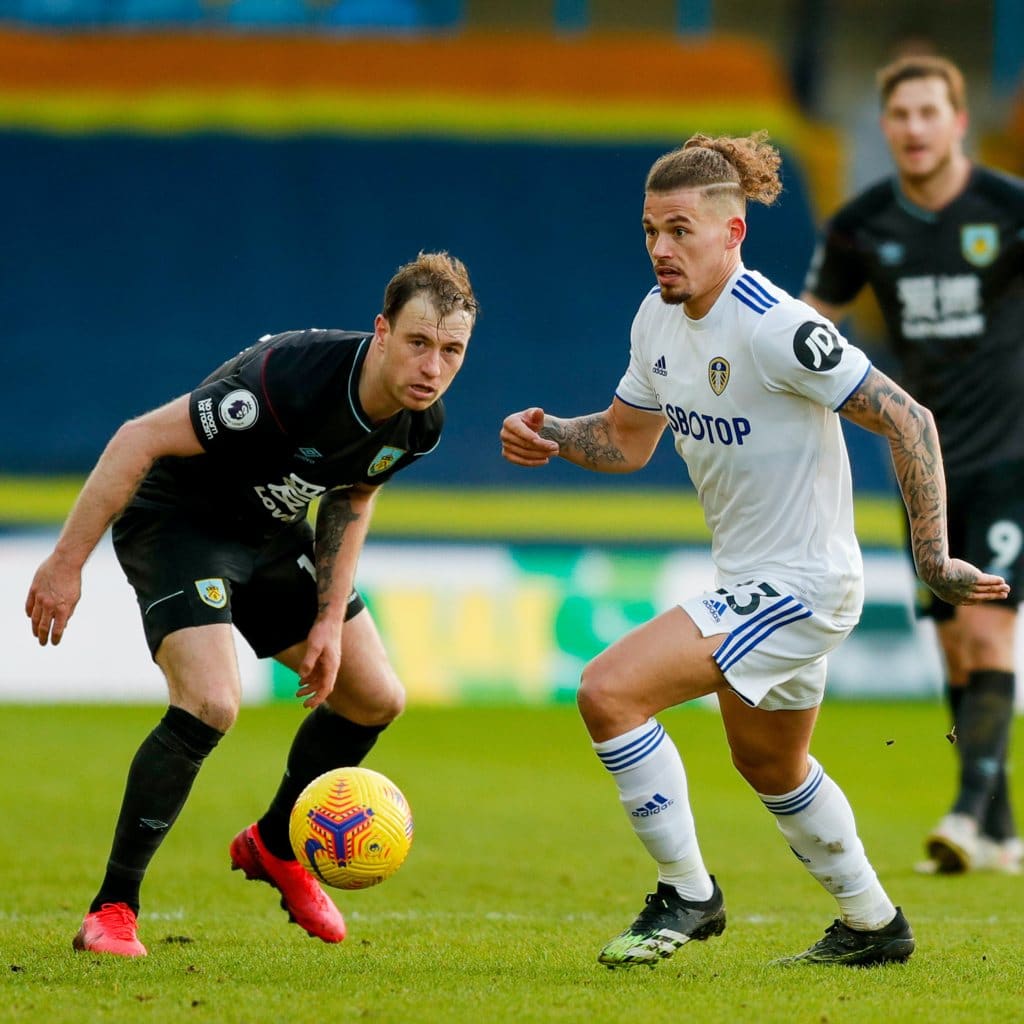 Again, it’s hard to know what Dyche wants, apart from the right for his goalkeeper to swipe a striker’s legs. If he likes physicality, what part of Pascal Struijk and Kalvin Phillips’ defensive commitment didn’t he like? Pressed into a three alongside Ayling by Burnley’s two strikers, Phillips in particular displayed immense guts. This was the game Phillips wanted to have at Old Trafford, where he didn’t survive half-time. That game is gone, but the memory drove Phillips into a tough, dominant afternoon of out and out defending, that never brought Dyche’s worries about physicality and fouling into question. Phillips won three tackles, four ground duels and three aerial duels, using his body to repel all Burnley’s attacks without giving away a single free-kick. Perhaps it was easier for Dyche to blame modern football philosophies for his team’s defeat, rather than acknowledging they just were not as good as Leeds.

Leeds were not as good as Leeds can be, and left the fans with an uneasy feeling. The midfield was not dominant enough, the attackers were not assertive enough, the closing stages were more than desperate enough; the last win that felt this way was by 1-0 over Barnsley last season, the last win before Leeds won the Championship.

Bielsa’s point about the concentration on style, delivered in a monologue expressing frustration to and with the press, was that execution is the most important factor, and that insisting on your own plan is difficult for a promoted team in the best league in the world. He is no more or less stubborn about tactics than Dyche, who sticks rigidly to 4-4-2, believing it will keep Burnley up season after season, and after seasons of practice, it probably will. Bielsa’s players have not yet brought the same mastery to the Premier League that they had in their second season in the Championship because, well, it’s harder.

Some new managers, says Dyche, who is sixteen years younger than Bielsa, “look at it differently: the way they play is sometimes nearly as important as getting results. I have always found that a peculiar one personally, because we are in a results business.”

Those results, then. Leeds, won six, scored 25. Burnley, won three, scored eight. Both teams have lost seven games, but Leeds are seven points ahead after grinding out this 1-0 win. Maybe results are not Marcelo Bielsa’s problem. But there has to be something, right? ◉