It’s not strictly true to say Bielsa inherited Heckingbottom’s Leeds, even though he followed him in the job. They were both dealing with what Thomas Christiansen left behind, the good, the bad, and Laurens De Bock. 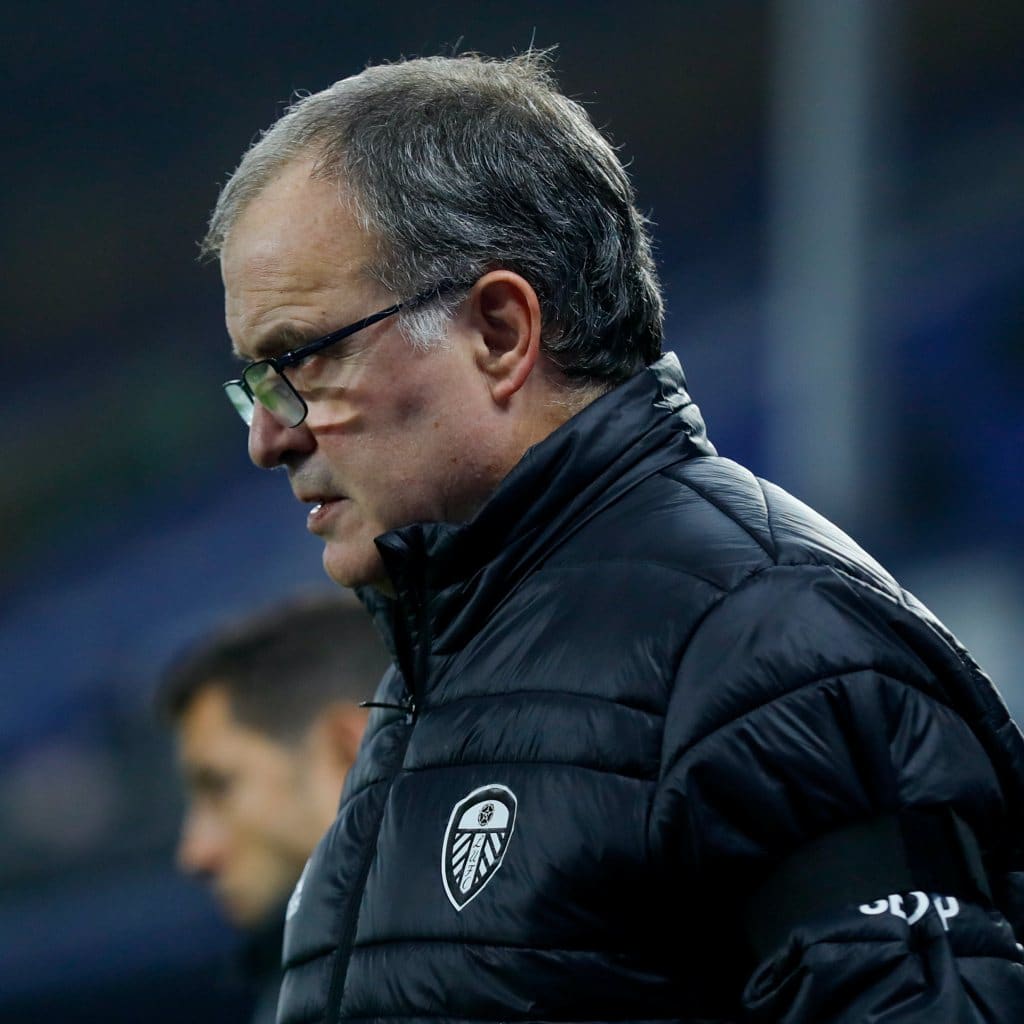 Heckingbottom will protest that he didn’t get what Bielsa was given: summer. “It’ll probably define what I do here,” he was saying as the end of the season approached, already talking in terms of his legacy. He kept insisting that the future was clear in his mind, that it was clear in every conversation he was having, that everybody had to be clear about what was going to happen, that it should be clearly communicated to the fans whose support would be vital to “driving everything forward”. So, would he expand on that clear plan? “Yeah, I’m not going to expand on that, no,” he said. “Because they’re the things that are personal to me, my own opinion.”

Cheers for making that clear, Paul. All he would say in those closing weeks of 2017/18 was that things had to change. Due to the imbalance of the squad he’d taken over, he said, “I haven’t put a team out which I’ve been happy with.” Under Christiansen, Leeds had started the season with seven wins and two draws, then rescued themselves from terrible form for another winning run in December, five and a draw. Finding back to back victories is one of the challenges of the Championship, but Heckingbottom couldn’t see a winning mentality in the squad. “We have to change the whole mentality of the group,” he said. “Definitely, definitely. That is the focus.” He was asked if that was about attitude. “Yes, he said, “It’s about recruitment, mentality, character.” But always recruitment first. “I haven’t been able to change [things],” he said about his work, “Until we get the chance.”

I have never yet heard Marcelo Bielsa bleat. His perspective on Leeds United’s promotion is that, “it was very difficult not to have achieved this, because the level of the team deserved it.” Leeds had so much of everything that promotion was natural. Where Heckingbottom saw a lack, Bielsa saw abundance. He sees it everywhere. Bielsa has answered questions about transfers, injuries, squad size, individual form and coping with the isolating effects of the pandemic on him as a person all in much the same way: we are fortunate to have adequate resources to resolve this.

There were transfers, but the return of the winning mentality Christiansen held briefly and Heckingbottom lamented at length can’t be put down to Pat Bamford, Barry Douglas, Jackie Harrison, and three forgettable Chelsea loanees. And there was expense, on the training ground, the coaching staff, the big bet on promotion the club’s accounts have just revealed. But there was a principle behind it all, that Leeds had everything they needed — the players, the mentality, the training ground, the budget. Leeds United was not the club Heckingbottom saw, full of problems only vaguely defined changes could solve. It was a club full of resources that, used properly, would take it forward.

Another way of putting this is that Heckingbottom was talk, insisting to the press that, “I will sit down with anyone now and argue any point because I know I am right,” and Bielsa was action, acquiring floor plans of Thorp Arch and proposing alterations before agreeing to take the job. It is possible to feel some sympathy for Heckingbottom, brought into three jobs since Barnsley, each asking him to correct wayward clubs in season’s second halves. But when given a summer to define himself, after a decent spell at Hibs, he started the new season with one win in ten and was sacked. With a grim job now as stand-in at Sheffield United, his attempts at redefining himself look confined to shedding the comparisons to Billy Casper by modelling himself on a Gary Numan tribute act.

Heckingbottom’s Sheffield United is Chris Wilder’s gone tame, persisting with the infamous 3-5-2 because, really, what’s the point in changing at this stage? Leeds could and should have won by more, but Sheffield were so bad they became difficult to play against.

The three centre-backs were a problem for Bamford but not for Leeds. While he occupied one defender, Leeds played around him, forming a fluctuating front four, Jackie Harrison and Raphinha running in from the wings alongside, Tyler Roberts pushing into spaces around them, all opening gaps for a switch of width. Ezgjan Alioski, in the second half, was parked outside Sheffield’s penalty area, while Diego Llorente mocked their flying centre-backs by appearing on their right wing. Don’t forget how Bielsa once complimented Chris Wilder by saying he had tried something like his tactics but couldn’t make them work. The backhanded implication was that it was a bad idea in the first place.

The opening goal could be put down as a set play. Leeds were awarded a free-kick when breaking over halfway, granting Sheffield’s wish for getting behind the dead ball. Leeds passed left where Alioski feinted to Harrison then seemed to think better of it, sending the ball back towards Illan Meslier, drawing Sheffield up the field. Llorente gave the move new momentum on the right wing, where Stuart Dallas and Raphinha almost missed their one-two, until Dallas fought for the possession and Roberts clipped the ball inside, using the heel-pass trademark of Bremner and Batty. Raphinha took his pass on the run, and what could be easier than a high speed body swerve to the byline and a low cross to the back post? There came Harrison, in from the wing where it all started, to finish.

You’ll find scores of goals like that in Bielsa’s back catalogue: pose one way, go back, switch, attack at speed, cross and score. It’s not something you buy, it’s something you teach.

For the second goal, five minutes after half-time, Roberts took care of the big switch by himself, although he was helped by Bamford coming into his own half to lay off a pass from Luke Ayling, bringing Phil Jagielka with him. That left two at the back; Roberts’ soaring cross-pitch ping was caressed by Harrison’s left instep, then rolled by the same across goal, returning the favour for Raphinha, who was frustrated when Jagielka’s desperate sprint back into position turned into a finish past his own ‘keeper.

Leeds capitalised while they were on top but could have scored more. Goalkeeper Aaron Ramsdale put enough on Harrison’s shot to send it inches wide, but the blow should have been cushioned by a red card for George Baldock, whose two feet sent Roberts somersaulting as he flicked a pass while taking a hit. Baldock’s head hit the ground, and instead of discipline, he was caught in the admin of concussion protocols, done wrong. The idea is to replace a player temporarily until you can be sure there are no problems. Sheffield decided there were no problems and sent Baldock back out for five minutes until he sat down with the blurred vision that concussion subs were meant to move to the safety of the sidelines away from risk on the pitch. Only when Baldock was obviously unfit to continue did Sheffield make their concussion substitution, the exact opposite of how they are meant to be used. All of which could have been avoided if he’d been sent off for the foul on Roberts.

Dallas put a similar chance to Harrison’s just wide in the second half, and curled a shot onto the seam of post and crossbar, too. It would have been nice to see more dominance in the scoreline, especially as Sheffield were allowed a rare away goal just before half-time. Raphinha’s flick to nobody on halfway caught Leeds’ defence moving into attack, and amid deflections, confusion and blocks behind the line, Ben Osborn made it 1-1. Raphinha is devastating in the final third and decisive in his own box; when he’s asked to defend, it’s like having Danny Pugh back there, hoofing the ball to safety. But sometimes in the middle of the pitch he can’t decide if he’s showboat or tugboat.

Otherwise the only dents to Leeds’ attacking came once it was obvious, in the second half, that letting Sheffield United try was the easiest way to make them fail. Leeds’ press was hardly energetic, but Sheffield couldn’t get out of their own half without rolling the ball to a waiting white shirt. When their passing did improve, and began translating into corners and free-kicks out wide, Leeds settled into a training exercise, practising their counter attacking, trying to pull off spectacular breaks but unable to go all the way.

“Leeds were making their subs to try and live with us,” said Heckingbottom, who just when you’re trying to muster some sympathy for his thankless task comes up with something so delusional you wonder if he’s ever seen a game. But his team, he added, “were our own worst enemy.” He was frustrated by set pieces. “We have been doing a bit of work on that this week in training and delivery has been excellent,” he said, but today, “We didn’t have the quality on the delivery.” More about what his team didn’t have. But then, in a few weeks, they won’t have Paul Heckingbottom in charge, and that seems to be Hecky’s lot in life. No matter how many people he fixes with that Barnsley glower, insisting things must be changed, they’re always looking over his shoulder at someone else. Maybe that change is the fastest way to improve. ◉