Leeds United 3-2 Blackburn Rovers: Beyond Compare and Beyond Belief 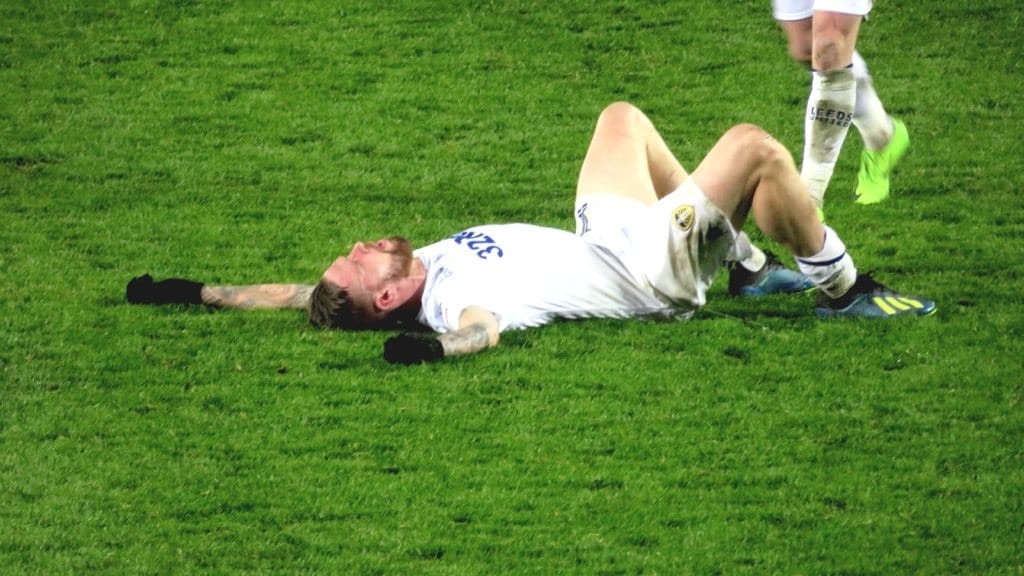 Boxing Day is always weird. With Christmas Day over you’re given a day to recover, but often the 26th can feel listless; once you’re over the excess you afforded yourself between the Queen’s Speech and whenever you fell asleep, the day becomes frustrating, when doing nothing melts into having nothing to do.

Then, here come Leeds United. Marcelo Bielsa let his players open our present early; no Leeds fan could have asked for more than the euphoria of Sunday’s second half at Villa Park sending us top for Christmas. Except, obviously, we did; by 3pm on Boxing Day the adrenalin was out of our system, replaced by various types of alcohol, topped off with cherries in an expectation cocktail. That was then, this is now; we go again, and we demand again.

It was a big ask, and for most of the match against Blackburn Rovers it looked like more than Leeds United could answer. Aston Villa shaped the previous game by scoring two early goals and giving United two options: give up, or fight back into the game. This time Leeds were in control from the start, keeping an almost ridiculous 75% of possession to themselves in the first half, meaning a much more open-ended task: try to score.

Try to score, but also, try to establish a story. Sometimes when Leeds are in control but not in a predicament, they can seem at a loss to know what to do with the ball. There was space through Blackburn’s midfield, but it closed up on the edge of their penalty area. With routes blocked, Leeds turned back, and Blackburn started pressing high enough to tread on Bailey Peacock-Farrell’s toes. United were comfortable enough for Pontus Jansson to amuse himself with Cruyff turns and backheels near his own goal, and some thundering challenges nearer to Blackburn’s, but they were flourishes in search of substance.

Taking the lead according to schedule, just after the half-hour, ought to have given Leeds the direction they needed. It was an obtuse sort of goal, scored when Jack Harrison was sent into the box because Barry Douglas and Pablo Hernandez turned some good possession into good utility; Harrison crossed, and Derrick Williams fired past his own goalkeeper. The plot now was keeping the lead, but 100 seconds into the second half a reckless tackle by Luke Ayling gave Rovers a penalty that they used to equalise, and the match settled back into its previous routine, with Leeds in charge but out of inspiration, even after Jack Clarke replaced a better-than-usual Harrison and started swapping wings with Ezgjan Alioski.

For a while thoughts drifted to the recently departed ghost who was quickly forgotten this Christmas; Samu Saiz. Throughout autumn and winter Saiz kept arriving from the bench to turn constant possession into constant danger against beleaguered defenders, who were never happy to see him. I would have been happy to see him against Blackburn, taking over as enganche from Pablo Hernandez, who could go and be crafty and wise on the wings in support of Saiz’s erratic individuality; but only Lewis Baker was warming up, making Saiz’s absence the melted snowman of our winter.

It was not Saiz Leeds were missing, though, but drama. With two minutes left Kalvin Phillips was tricked into the sort of naive defending that can afflict a midfielder at centre-half; spotting Joe Rothwell advancing towards the penalty area, Phillips sprinted forward to meet him, either tripping him or doing enough for the referee to think he had. Charlie Mulgrew, who beat Peacock-Farrell from twelve yards to equalise, now beat him from thirty yards, curving his free-kick around the wall where naivety begat naivety, Peacock-Farrell’s palms tipping the ball inside his post, rather than outside. Mulgrew gave Blackburn the lead with fifty seconds remaining, but he also gave Leeds a reason to be.

I’m not saying Leeds United’s winner was scripted from that moment — okay. That’s exactly what I’m saying. It took one hundred seconds for Leeds, with no choice but to follow the script now placed in front of them, a dramatic story of rescue and daring, to equalise, thanks in part to Jansson’s necessary presence in Blackburn’s six-yard box. He headed a cross at goal and it was saved; Hernandez fired the ball back across goal and it was saved; Kemar Roofe headed again and it was saved, but behind the line. It’s unusual enough for a team to come back from going behind in the 89th minute, let alone for it to come through three saved efforts, and that might have done. But that’s not what the script said, and Roofe’s stern lack of celebration showed that Leeds were determined to use every second of the four minutes of added time to be heroes. Again.

I guess it’s an open question how often you can be a hero, but the Rocky franchise tests the limits, and so do Leeds United and Kemar Roofe. As the clock ticked past 93 minutes and 59 seconds Roofe was no longer holding back his celebrations, because he’d put a clean header on Hernandez’s cross and the Rovers goalkeeper didn’t stand a chance of keeping the ball out of the Kop end goal. It was difficult to keep the Leeds players out of the Kop end fans, and difficult to keep Gaetano Berardi, watching from beside the tunnel, from partying all the way from the bench to a police cell. Bielsa called for peace, making placating gestures to Rovers’ manager Tony Mowbray, but it was like apologising for an erupting volcano. It wasn’t his fault, and it was pointless trying to stop it.

Seven consecutive wins, for the first time since 2007, certainly is Bielsa’s fault, and a number of other heroes beside him; Saiz contributed, then left; Pat Bamford won a game, then was injured; Roofe persistently scores winners while we wait for him to lose his place. Pontus Jansson showed the effort this is taking, sprinting around the pitch like a maniac after Roofe scored until he joined in with the Blackburn players lying flat on their backs, no longer able to cope. Joy takes a toll, and Marcelo Bielsa was asked afterwards about heart attacks. “When you change the destiny of the game in the last seconds, you have to take into account [that] hazard.”

Quite. And Leeds United have to take into account that they can’t play every game like this — can they? They can’t win every match between now and the end of the season — can they? They have to win some games without veering so recklessly towards defeat — don’t they? They need to find inspiration in mundanity, rather than only responding when heroism is forced upon them by dire circumstance — don’t they? They’ll have to find a way to manage expectations, so that crowds don’t turn up to every game expecting such absurd drama — won’t they?

Those questions contain a lot of common sense. But 2018, from its first day to its last, has rarely been sensible at Elland Road. There’s one match left this year to discover how absurd this team can get this year. “In football you can have emotions that can reach a high level,” Bielsa said after the game, “and that’s why nothing is comparable to football regarding emotions.” And it’s why nothing right now can compare to Leeds United, a team that needs a story to find its best; a team that has a story, now, that is almost impossible to believe. Almost. ◉