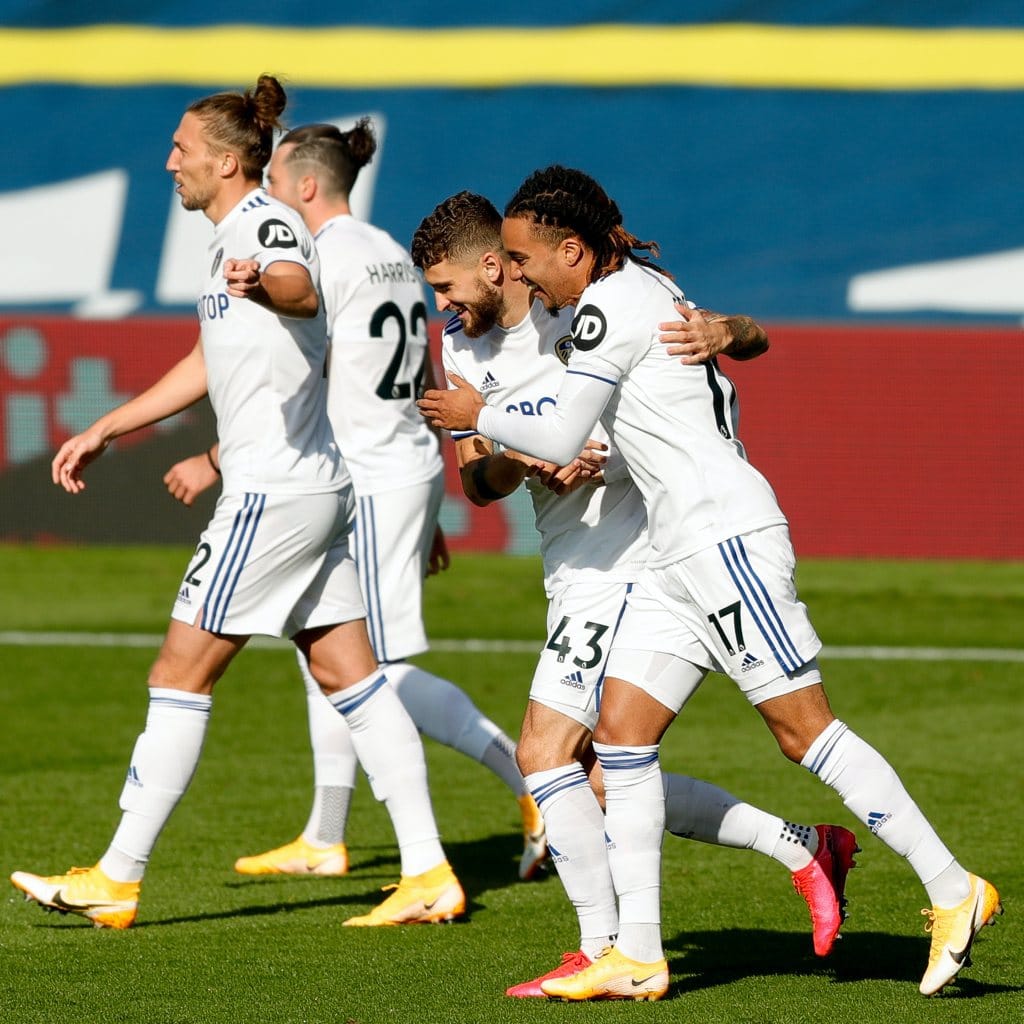 What has gone wrong at Leeds United?

The team that won the Championship with ten points spare and a formidable goals against column has stayed together but, now, look at it. Four conceded to Liverpool. Three to Fulham. Stupid penalties given away, errors made where before was just like perfection, flawless. Fulham completed nine of twelve passes into United’s penalty area on Saturday; back in June they managed three of fifteen.

The sense is of structures if not empires collapsing at the back, while in attack the first half passed by record signing Rodrigo, his job eventually being done by Freudian case record Ezgjan Alioski as Leeds fought for the fate of the game.

The goalkeeper has to learn, the defenders have to improve, the midfielders need to find their defensive form. Marcelo Bielsa said, “We are worried,” about how the team is defending, and Pat Bamford predicted long meetings with the manager to work on improvements. I’m sure the players and coaches will work hard to do better; I’m sure Victor Orta and Angus Kinnear will be rifling through Andrea Radrizzani’s desk, looking for his chequebook.

As far as I’m concerned they can all take as long as they like. For the second successive Saturday a Leeds United game took my breath away. After seven goals, seven more, some of them brilliant; there was end to end attacking, some wonderful skill, tension until the final whistle. Leeds fans still talk about the 4-3 against Derby in 1997, and at Southampton in 2005. Now here we are with two in a week, just when we need them most. 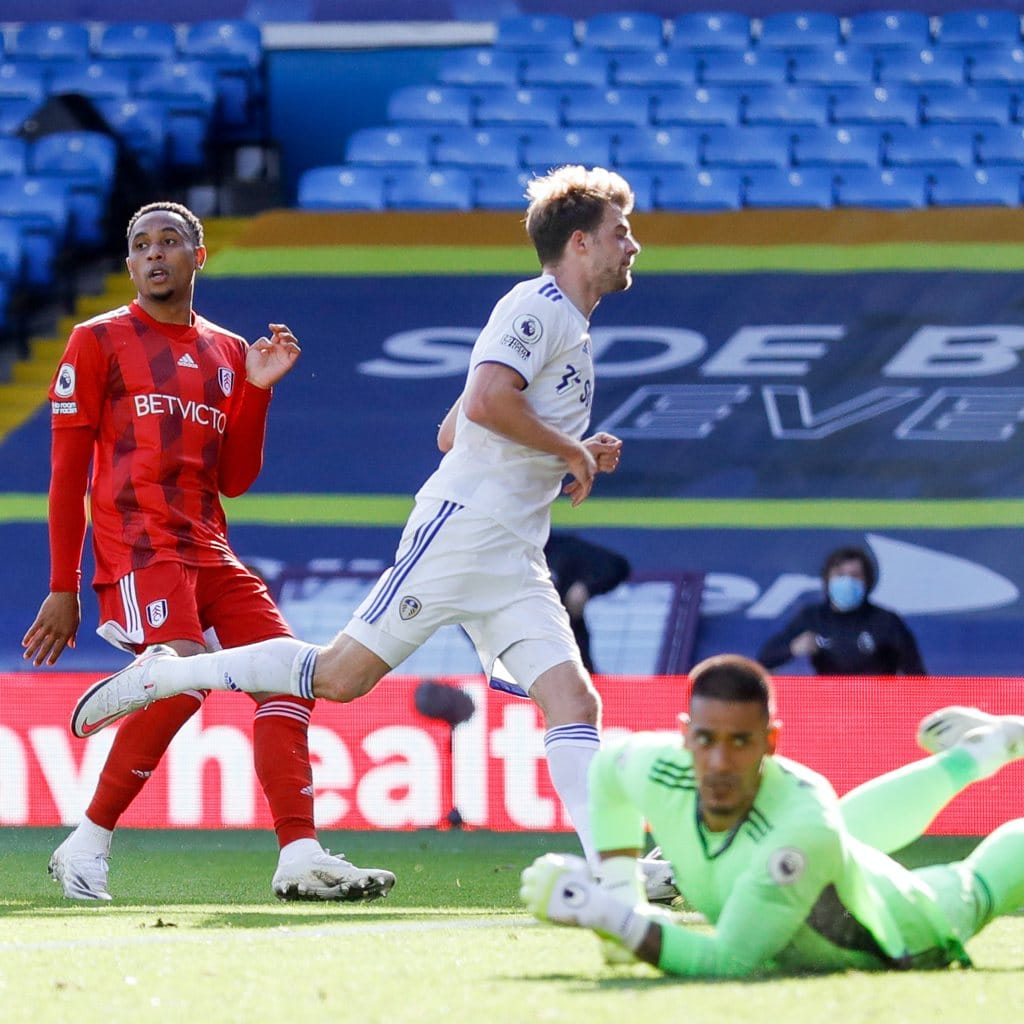 When the final whistle blows and the screen goes dark, what else these days comes close to watching Leeds United? England is blundering through the coronavirus pandemic into a second wave of frustration, argument and death, and this time we won’t have the summer’s clear blue skies to sustain our spirits. This rusting autumn is doing its best to stave a grim winter when we’ll trade serendipity away just to keep living.

It’s a small weight on the scales against the health of millions, but art, delight, entertainment and chance have been significant losses from our days. There are rules against moving from table to table in a bar now; the chance meeting is a thing of the past. New films, television programmes, plays and concerts can hardly be made let alone seen. The news is live, but who wants that? Soap operas are grinding along, gone weird. The only entertainment industry with the means and infrastructure to keep putting on new live public performances is televised football.

It’s different by degree from how televised football was before, and so much further away from watching games in stadiums that it’s an almost entirely different experience. Fans invest different currency in different outcomes now. In the stadium, the communal will of the crowd was integral to watching your team pushing a 1-0 win over the line, an emotional investment rewarded with glowing relief. But looking at an empty stadium from a sofa, that sort of results based football doesn’t make the sense it did.

It seems pointless to deny football’s current status as an entertainment more than a sport given the circumstances of its return — television companies demanding something to show, governments wanting to lift their nation’s mood; and its new presentation — appointment television viewing coming before attendance meaning 6pm kick-offs and 3pm games on TV, and pre-recorded crowd noise to create an illusion of reality (replaced by a laughter track for broadcasts from Old Trafford). Football’s crossover into reality shows is no longer restricted to Amazon documentaries, and the unscripted games are much more enthralling: every match is about putting 22 people into an enclosed environment with cameras capturing their every movement for our entertainment at home, in our own enclosed environments where inviting 22 people round would get us into jail.

And yet those same pundits will draw lines on freeze frames, bemoaning what went wrong. Fans will analyse Rodrigo’s debut — itself a surprise after Pablo Hernandez was injured in the warm-up — as if his first 45 minutes can sum him up. Bielsa will furrow his brow and declare himself worried to concede so many again.

But Bielsa is cannier than that. He won’t be happy, but it’s his job not to be, and we don’t have to fall into the misery of his work with him. He once said he’d win every game if football was played by robots, but I think if that day ever came, he’d quit. Bielsa has never lost faith in his idea that joy can’t come from results alone, and always says that more important than results is football’s responsibility to bring joy to people who find it difficult to find joy anywhere else. In 2020, that’s most of us, and the more 4-3s Leeds give me, the deeper my gratitude to the team will be.

And besides, Leeds won. So, what went wrong? Not much. ◉