“To come back and redeem ourselves,” was Jackie Harrison’s post-match phrase. While the monk in Marcelo Bielsa always emphasises that a win is only a prelude to the possibility of defeat, the optimist in him knows the reverse is also true. Redemption is only ever a game away.

Harrison and Ezgjan Alioski had to wait through the second half of the defeat to West Ham, too. Both were told to get changed at half-time: they weren’t going to be playing football any more that night. Every Leeds player needed to save themselves a little bit after that game, and Bielsa’s unchanged starting eleven was not stubborn but faithful. Bielsa manages the game, meaning changes at half-time or even sooner if needed. But then he manages the team, which can mean sending the same players out again with a clean slate into different circumstances.

The circumstances of Newcastle United’s recent coronavirus interruption, their lack of fit and/or good players, and years of Mike Ashley’s ownership made this look like a game in which Leeds could click. The result and the performance were a satisfying demonstration that, despite how the setbacks feel, Leeds have firmly established themselves above the hopeless in the Premier League’s lower orders. Losing to West Ham dented our early season dreaming about the Europa League, but nights like these reassure us about achieving the season’s odd target of joining the also-rans in safety. 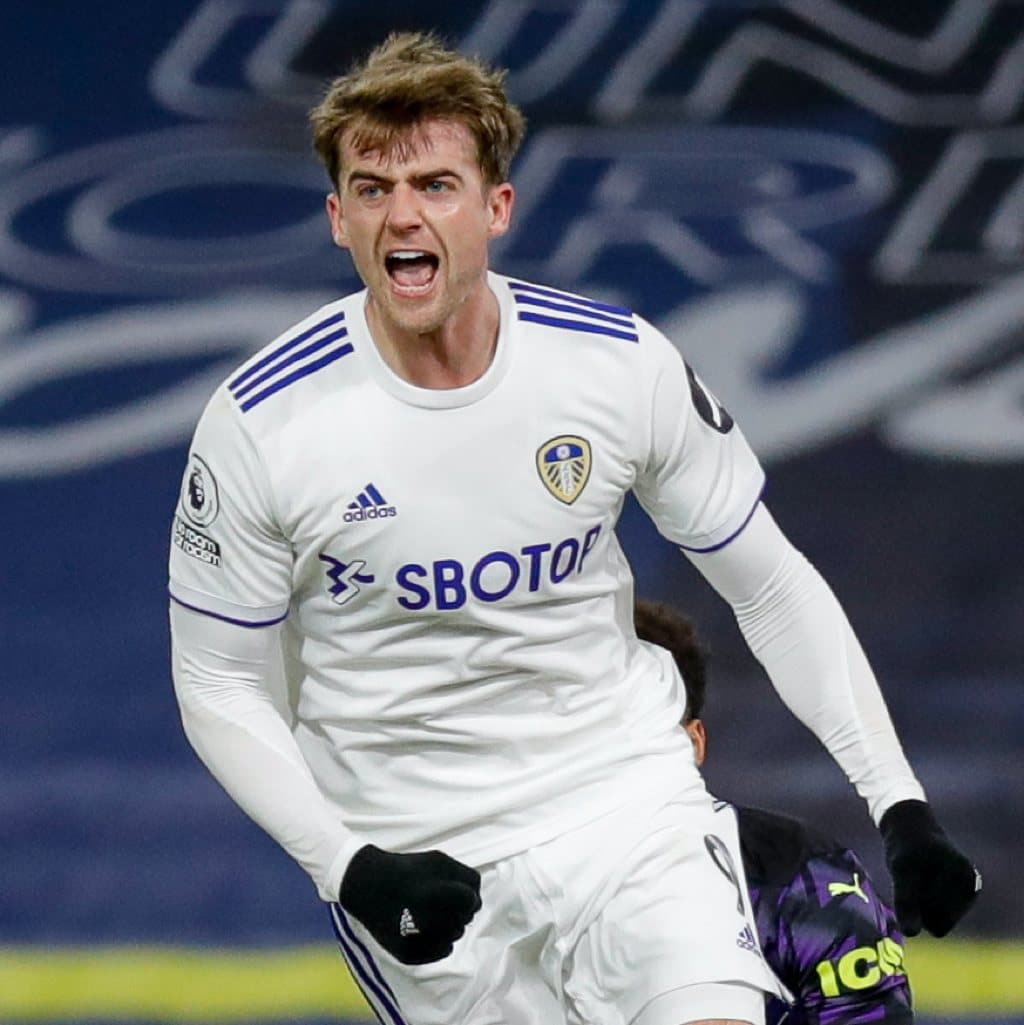 Leeds looked better than Newcastle from the start. Without England’s Declan Rice to bother him, Rodrigo had space in front of the defence to spread passes right, and more often, left. He didn’t need to pass right because Raphinha was capable of getting the ball for himself. So he gave it to Harrison and Alioski, the overlapping double act getting to the byline and crossing. Not accurately, but then, sometimes we look for accuracy in crossing where it’s hardest to achieve. The best crossing stats of the Premier League season so far belong to Andros Townsend of Crystal Palace, who is averaging two accurate and four not per game. Harrison’s average is one on, four off.

At the other end Newcastle tried to use Callum Wilson to do what Said Benrahma did to Kalvin Phillips last Friday, blocking him out of influence, a problem for Phillips dating right back to Bielsa’s fourth game, at Swansea, where he was taken off after half an hour. The problem goes back that far but Phillips has been overcome by it so rarely that now he plays for England, and Newcastle’s attempt was as feeble as many others over the years.

The first half was a lot like old times, with a bright few minutes for the opponents giving way to Leeds’ attacking dominance. Even conceding the first goal, from a cross flicked from front post to back and buried by Jeff Hendrick, was like having an old friend round for tea.

The equaliser came before half-time and included new features. Raphinha’s touch has impressed so far, but not as much as his vision; from his right wing watchtower he sees every possibility. He popped a cross onto Rodrigo’s head — lessons in accuracy here — and Rodrigo’s looping header was better than the one that had him screaming at the end of the West Ham game. It still didn’t go in, but Pat Bamford was alert for the ball coming back off the bar, leaping and heading it in. Bamford leaves the discussion of goals and assists there, and was replaced by Tyler Roberts before the later stages, so let’s record now what a fine, hard-working game he played.

Leeds started the second half uncertainly, and Newcastle fans are still campaigning against VAR for not giving a penalty when Liam Cooper tackled Wilson in the six yard box. They don’t not have a point. But the Peacocks had a more significant advantage because Newcastle switched to defending their lead when they had it and couldn’t decide if or how to switch back at 1-1. Leeds had the impetus and Rodrigo had the space, twice in a move, to put Leeds ahead. He passed left, where Harrison’s touch put the ball on a bouncing path to the byline; he had to cross quick so, accuracy be damned, he half-volleyed into an area and put the burden of accuracy on others. That’s how it works best sometimes: don’t put the ball on a head, but create the conditions in the box for a head to find the ball. The cross was Rodrigoward and he saw it, running to meet it low and placing his flying header into the corner of the net.

It might have been nice to win the game from there but another of Leeds’ suppressed flaws is an urge to self-destruct. With so much attention on their set-pieces, Phillips ought not to have passed a Leeds corner short to Newcastle, as if he wanted to test every limit of our dead ball problems. Newcastle’s counter attack would have ended in a goal if not for player of the season contender Illan Meslier tipping a shot over. From the second of the resulting corners, Meslier let that prize slip a little, as Luke Ayling let Ciaran Clark head past him.

Bielsa has sounded intransigent about defending corners, but it’s not the case that he refuses to admit the problem or try to fix it. The thinking behind his attacking style of football includes the realisation and acceptance of its flaws and weaknesses. All styles have them. Bielsa’s belief is that his chosen style gives him a method for training his players that allows them to impose their style in a way that will compensate for its weaknesses; other styles, and their training methods, don’t compensate for their weaknesses to the same extent. In other words, Bielsa’s teams will concede more goals from corners than other teams might. But then they’ll score five and it won’t matter. And they only have the capacity to score five because of the way they train and play.

Leeds bring that capacity with them from their old school. Fitness and attacking: Howard Wilkinson’s Leeds won the First Division by playing like this. The attacking method was different — a long ball to Lee Chapman — but the sustained pressure around the penalty area was the same, Gordon Strachan shouldering the creative responsibility that Rodrigo, Raphinha and Harrison share. Then there was the fitness. Wilko’s teams overran their opponents in the first twenty minutes, and if that didn’t give them the scoreline they wanted, they outlasted them in the final twenty. And sometimes they did it just for fun and goal difference, because they were strong enough: think of the 90th minute of the famous televised win over Aston Villa in November 1991, Strachan counter attacking with Mel Sterland, who crossed for Chapman to head a delirious fourth goal. 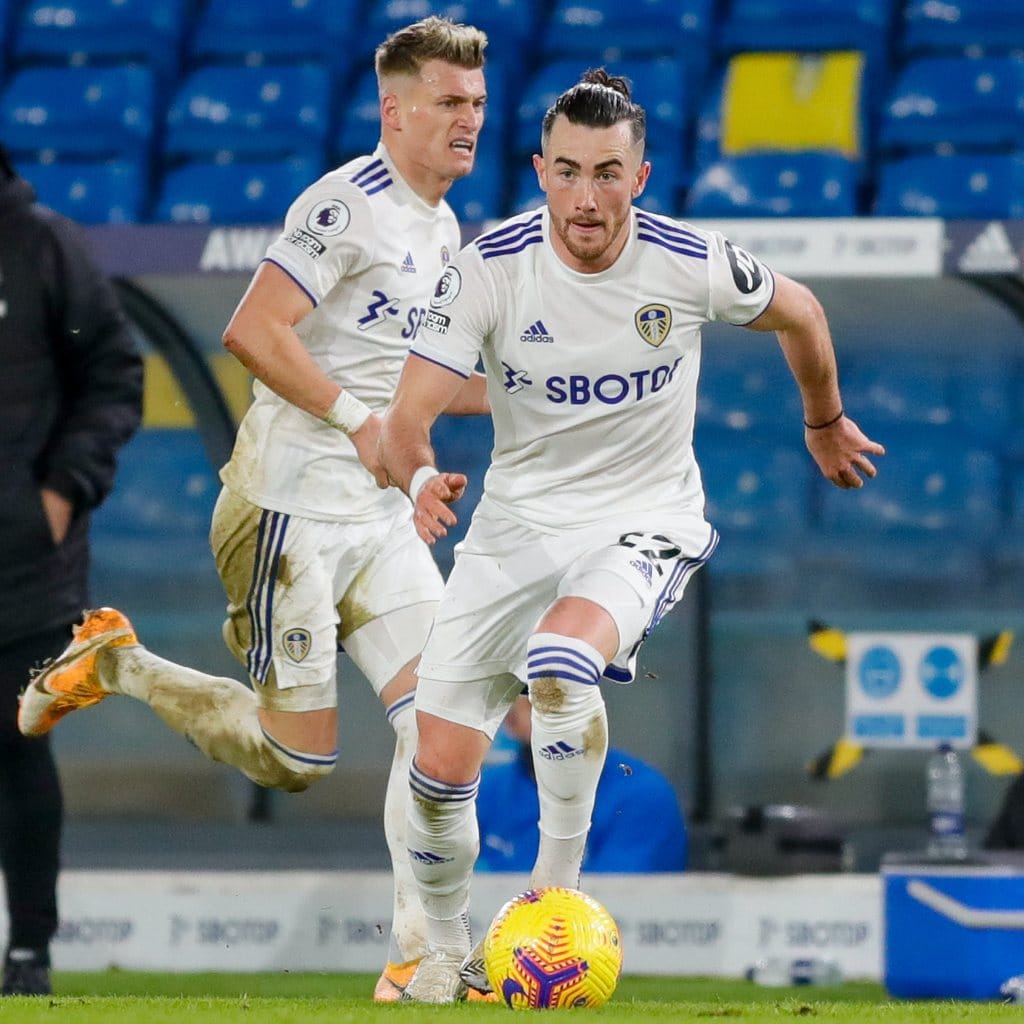 Present day Leeds could have gone on scoring against Newcastle all night. They seized on a mistake by Sean Longstaff to retake the lead, Mateusz Klich crossing to the back post where Stuart Dallas was running from right-back to head the bouncing ball in. Roberts replaced Bamford and Pablo Hernandez came on for Rodrigo, going to the right wing while Raphinha moved to the middle behind Roberts, but the positions were nominal compared to the warning to Newcastle. They fell for it. Leeds cleared a corner to Raphinha who ran upfield, tempting defenders towards him before handing over to Hernandez. He paused to pick from the cavalry across the penalty area, selecting Alioski from a queue of players, who controlled before battering the ball in.

Three minutes later Leeds did it again, Hernandez assisting Harrison insomuch as he gave him the ball inside his own half; Klich and Raphinha chased him but Harrison was not hanging on for help. He’d wanted Alioski’s goal, so he scored a better one, shooting sweet and early into the top corner.

Raphinha arrived just in time to put an arm around Harrison as the ball hit the net, but nobody celebrated with him more than Alioski. They’ve had a fractious few weeks of recriminations, pointing and petty arguments about misplaced passes and missed overlaps down the left, culminating in being left face-to-face in the changing rooms on Friday night as the team played on without either of them. But with Bielsa you only have to wait for the next eleven to come back and redeem yourself. Alioski and Harrison had their moment, embracing, forehead to forehead. Then the camera cut to Newcastle’s players. They’ve scored two or more in five games this season and won them all. They scored twice at Elland Road and finished exhausted and beaten. ◉