2-0 down after three minutes? At least that took six minutes against Steve Evans’ Leeds, and the scoring stopped there. Sol Bamba and Liam Cooper tightened up the defence, Luke Murphy and Stuart Dallas got a grip in midfield, and they took the game safely to the end, a 2-0 defeat.

That match had been hyped up, too. Evans was a new manager determined to fix United’s eleven winless games at Elland Road. The run stretched back to March; now October 2015 was ending. The hype wasn’t about a clash with a rival, but around Leeds’ struggle with themselves. Blackburn Rovers were irrelevant — it could have been anybody. Anybody in the Championship, that is, so not Manchester United. 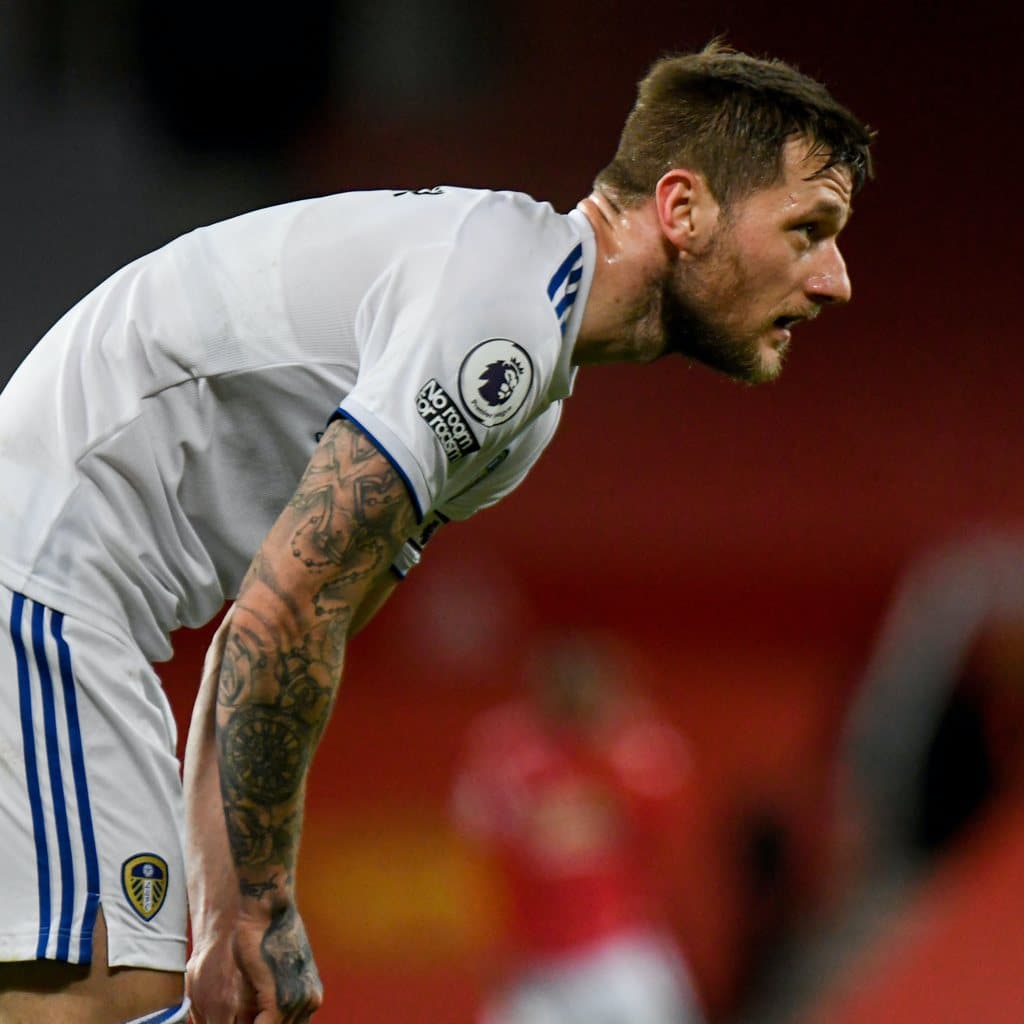 There will come a time when Leeds fans should stop harking back to the dreadful club we were five years ago, but it’s not now. Not while the reaction outside our club forces us into that position, so we have to tell ourselves again, and each other again, so our own fans aren’t tempted astray by demands for Marcelo Bielsa to change or fail. Bielsa did in two years what took sixteen. He already succeeded.

I don’t blame them. This isn’t some superfan better-than-you test of allegiance. I always knew, as I shivered in Elland Road’s empty stands while the minutes ticked by without a Leeds attack, that I was the stupid one. Clever people were at home, warm and comfortable, not watching Mirco Antenucci living his whole life offside. Me and 19,665 others were making bad choices.

But we who suffered have to speak of what we went through, to explain that we remember things being worse, how easy it is to imagine them being worse now. Either if we were still in the Championship, or lower, lurching from manager to manager, game by pitiful game. Or, as a thought experiment I sometimes put myself through, what if one of those managers had worked out? If Steve Evans or Dave Hockaday or Garry Monk had done the job, got Leeds promoted? What sort of season would we have had?

Monk came closest, and he managed Swansea in the Premier League before coming to Leeds. But our promoted pals from last season are the living template for what would have followed. Fulham and West Bromwich Albion’s records put them among the worst promoted teams of recent years; Scott Parker is under pressure, Slaven Bilic has already been Allardyced. It’s predictable to the point of being inevitable, and it’s miserable, and even in success that might have been us.

What went wrong at Old Trafford was that, in the first three minutes and then longer term through the first half, Mateusz Klich and Kalvin Phillips were asked questions they couldn’t answer. Only Bielsa can really judge whether the problems were structural or individual, if the players were following his instructions too closely, or not rigorously enough. Leeds were overrun in midfield, meaning Manchester United kept arriving on the edge of Leeds’ box ready to score, and Victor Orta might tell you this is why Michael Cuisance was in the building in September. I’ll say this to defend everybody involved: nobody thought Scott McTominay had those two early goals in him.

Leeds couldn’t stabilise after their start, and by the end Manchester could have scored ten. It looked like more players lost their nerve than the team could cover. The hype had been huge. Phillips said he was telling players in the changing room after the Newcastle match to be ready for this one. Bielsa was as near as he gets to grinning in his pre-match press conference, eager to give the fans a fixture they’ve longed for. The feelings of letdown, and of letting people down after only three minutes, must have been powerful. There was never time to recover — a third goal came, a fourth, a fifth, a sixth; one from a corner, of course; one from a penalty. The captain was taken off injured. The team was desperate for dry land. What it got was a leaky dinghy with Leif Davis and one oar.

Under these circumstances of self-inflicted wrongs, what Leeds did right was remarkable. They scored twice, a header from Cooper and a great shot by Dallas — the two survivors, with Berardi, from Steve Evans’ big night against Blackburn. Raphinha had two shots saved, Pascal Struijk went close from a corner, Pat Bamford could have scored a couple and wanted a penalty.

Leeds had seventeen shots; when Spurs won 6-1 at Old Trafford, playing for an hour against ten, they only had 22. Manchester City, visiting a week ago, had nine and scored none. Leeds had Bielsa howling at them to attack until the final seconds and it’s as significant as the attacking itself that no Leeds player in the silent stadium turned to the dugout and told Bielsa to button it, give up, shut his mouth and shove his vamos. Leeds kept going.

The day they don’t is the day Leeds should change. The tale around ‘Bielsa burnout’ is misunderstood by anyone looking at running stats. Bielsa’s teams ‘burn out’, or otherwise stop functioning, when the gap between his demands and their results becomes too large for his psychological work to bridge. Bielsa’s players have it hard compared to their peers at other clubs, and for what? Promotion, in Leeds United’s case. But there are much, much easier ways to get battered at the big six clubs than triple sessions and endless in-game sprints. If you’re going to lose this heavily, you might as well take afternoons off after training, tighten up at 3-0 down and jog through to full-time. Right?

Not according to Leeds United’s players. And that’s where the attention should be, both for the emotional failure this match represents, and for the obvious commitment they still have to their manager’s ideas. At 6-2, in the 89th minute, Raphinha crossed, and Bamford and Jackie Harrison were in the six yard box trying to score. 6-2 down at Old Trafford on Sunday looked exactly the same as 4-2 up at Elland Road on Wednesday, and like a different sport compared to the team I was watching five years ago. This football is incomparable to any team except Marcelo Bielsa’s.

I saw enough of the other kind of football during sixteen years outside the Premier League — not to mention during the Manchester derby last weekend. But not enough people saw Leeds in the 2010s to realise how good what is happening to Leeds is. Even in defeat, I like this football better. Without this football, we wouldn’t have a hope in the rematch next year. ◉