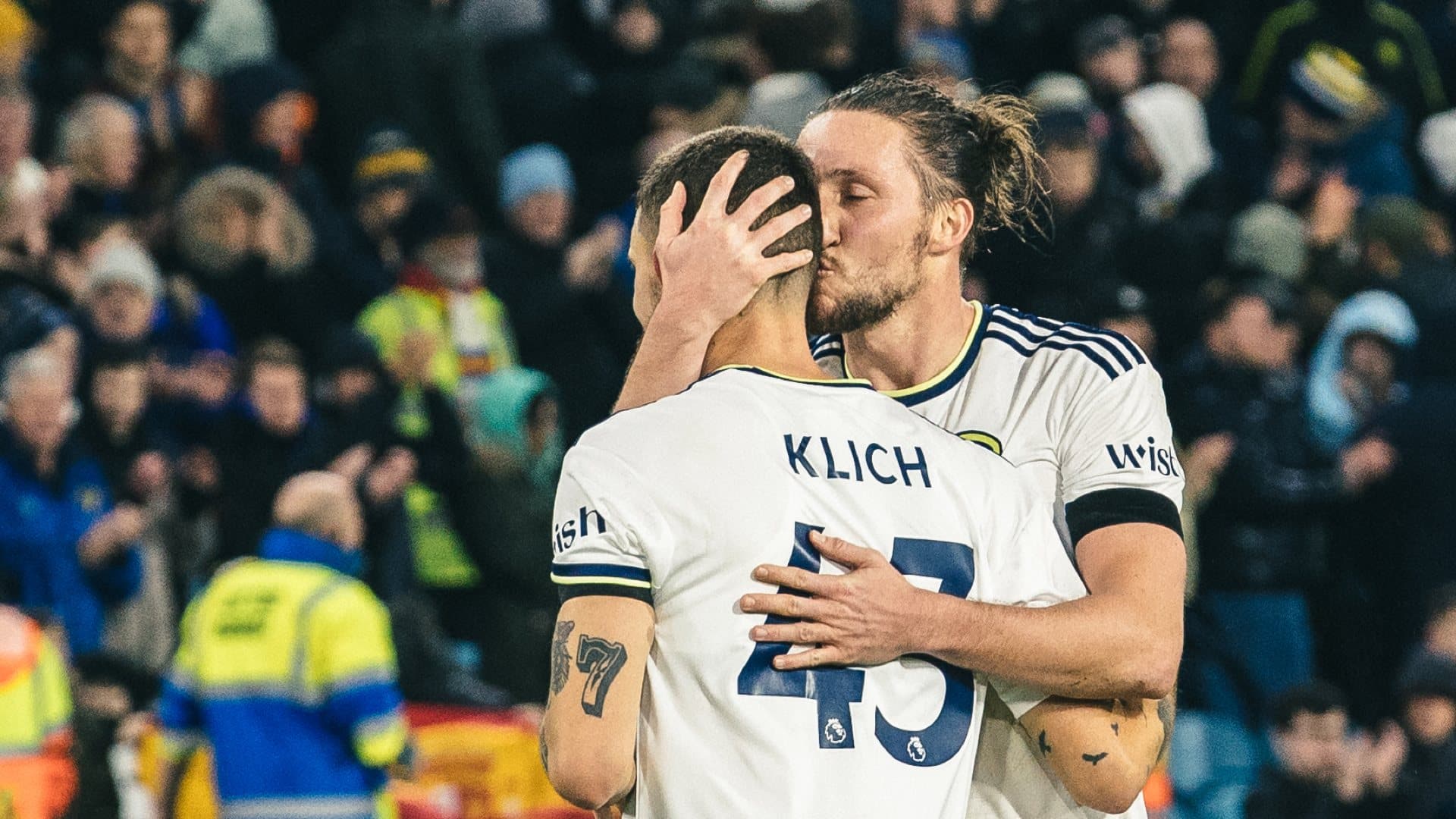 For someone who describes his debut season at Leeds United as a “nightmare”, Mateusz Klich will be remembered as a footballer of firsts. Klich scored Leeds’ first goal under Marcelo Bielsa on that dream summer’s day against Stoke, and our first goal of the catharsis of returning to a sold-out Elland Road for the first time in eighteen months against Everton. In between, he scored in Leeds’ first Premier League game for sixteen years, inspiring commentator Peter Drury to provide the soundtrack of our return. “Boy, they are welcome back. They are very welcome back.”

That nightmare first season remains as important a part of Klich’s Leeds United legacy as the bottle of water down the Bolton player’s back or the binoculars after Spygate. Klich was already a Poland international, but a couple of League Cup cameos and one slip at Cardiff later he was being banished back out on loan. Nobody expected to see him again, but Klich promised the club he’d be back and was true to his word. When he did return, to a new manager, Bielsa wasn’t sure what to do with him. Klich was in the group of ‘maybes’ Bielsa might find use for, considered a potential option to be converted into a defender. Only injuries to others got him into the team against Stoke, Bielsa later admitting Klich was at Leeds “by chance”. Ninety-two consecutive starts later, he was bound for the Premier League, and in Bielsa’s eyes good enough to play “in all the best teams in the world”.

Few footballers have passed the pint test as emphatically as Klich, yet there’s a danger that can mask the real reason he crosses the Atlantic as a Leeds folk hero. Klich recognises that if you strip away the money and hype, football remains a daft knockabout — something to be enjoyed, something that should be fun, something that doesn’t have to be taken too seriously. And he still devoted himself so seriously that he has made more appearances under the most demanding manager in world football than anyone else.

When Leeds won the Championship, Klich thanked Bielsa for saving his career. “I don’t know where I’d be if it wasn’t for him,” he told FourFourTwo. “I couldn’t get a break in the Bundesliga, even tried my luck in the German second division, and generally couldn’t find my home until I came to Leeds.” Bielsa is rightly celebrated for spotting the potential in players most of us had given up on, but lots of footballers have potential. Nobody deserves credit for fulfilling it more than the players themselves. Nobody deserved a cigar and a beer after promotion more than Mateusz Klich.

Since the divine release of his opener against Stoke, he has been the devil on Leeds’ shoulder, a sinister presence with a sly smile never far away from his lips, an apparition who appeared when and where the opposition least expected, and his teammates most needed. Tyler Roberts might disagree with that last part, but he’ll do so with a grin. Looking for a grown-up to help when Aston Villa were asking for the game to be stopped with one of their players injured, Roberts nudged the ball to Klich. Like being left in a pub with the uncle who buys you a pint when your parents aren’t looking, you can guess the rest.

“There is something unique about the 2019/20 team who overcame a lot to succeed against the odds,” Klich wrote in his farewell. “The spirit of this team will live on.” Even in his limited involvement this season, there have been precious signs he has worked to instil his own spirit in the new generation. Tyler Adams was welcomed to Leeds by being kicked into the air by Klich in training. A few months later they were embarrassing Newcastle’s Jacob Murphy together. Against Manchester City, Willy Gnonto watched Klich sprinting past teammates to swipe away Jack Grealish’s shins and flick him on the forehead, prompting Willy to run from the other side of the pitch and join the fun by squaring up to anyone not wearing a Leeds shirt.

Klich missed Leeds’ last guard of honour, when his new manager Wayne Rooney was part of the Derby team applauding Bielsa’s champions onto the pitch at Pride Park. Instead, Klich was in the stands, either too hungover or too drunk to play after two solid days of graft partying. The pandemic meant we couldn’t be there in person, but he made sure we were there in spirit, giving his teammates an away end to celebrate in front of and supporters a golden day to cherish. As he was waving goodbye to Elland Road and walking through his own personal guard of honour in tears, a fan in the Kop turned to his friend and captured the player and the person perfectly. “You’d take eleven of him, wouldn’t you?” We all dream of a team of Mateusz Klichs, which makes it all the more special that the one and only will always be one of us. ⬢