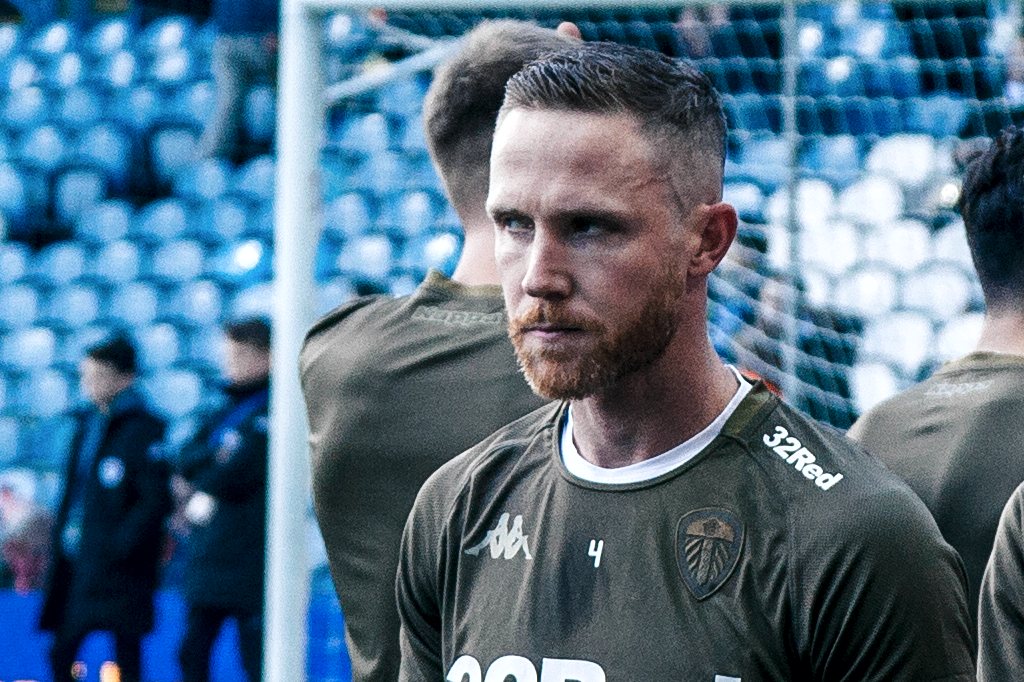 For a minute the madness was on our side: Ezgjan Alioski’s disbelieving glance at a flagless lino, Salim Lamrani leading the limbs in the away end, Pontus Jansson with that Counter Strike feeling written all over his face.

This shouldn’t have been possible. Kalvin Phillips was sent off when Leeds United were already losing to Nottingham Forest, and he’s such a crucial player that he might have taken everything with him. His reckless lunge after losing the ball was, I thought at the time, the biggest risk to United’s promotion aspirations since the start of our permanent injury crisis. After missing the second half against Forest he’ll miss two important league games, against Derby County and Stoke City. It’s months since Phillips endured those early substitutions against Swansea City and Birmingham City, and whether in midfield or defence he’s been absolutely crucial to everything United have done this season, even in the Carabao Cup. He tried looking nonchalant while walking from the field, but inside he knew that he wasn’t only guilty of the foul, but guilty of letting Marcelo Bielsa down. Bielsa has relied on Phillips like no other this season; for the next couple of games, Bielsa can’t.

There was still half a match against Forest to play before worrying about that, and while Phillips’ absence made getting anything from the game harder, Adam Forshaw’s presence made it almost impossible. Phillips’ lousy lack of discipline was mild compared to Forshaw’s underhit pass in the general direction of Bailey Peacock-Farrell, but the specific direction of Jack Colback, who veered around Peacock-Farrell’s best efforts to give Forest the lead after four minutes. It was also mild compared to Forshaw’s underhit pass that Joe Lolley deflected to Daryl Murphy, whose shot was blocked by Peacock-Farrell as soon as it left his boot.

The calamities continued after Bielsa used half-time to introduce a back three of Jansson, Barry Douglas and Luke Ayling behind a policy of all-out attacking. Aggressive pursuit of an equaliser required energetic covering from the midfield to stop any Forest counter attacks; it didn’t require Forshaw being gently eased away when trying to defend, letting Forest into a gaping space behind him. He played one good through ball that Kemar Roofe should have finished, but that was a lone tick in favour of a player who, in Phillips’ absence, will have to live up to Bielsa’s assessment that he’s the best player in the squad.

Despite the deficiencies, mania still took hold. The other half-time change was the usual Jack Clarke for the unusually good Jack Harrison, but before anyone had finished sympathising with Harrison’s misfortune, Clarke had equalised, making compassion pointless. Pablo Hernandez controlled a loose ball and passed to Roofe, whose clever backheeling moved things along to Mateusz Klich. The Forest defenders rushed one way and Klich played slowly the other, where Clarke had space to shoot into the bottom corner. It was all about passion now.

It wasn’t an unlikely equaliser, because Leeds confounded Forest’s expectations from the moment the second half kicked off. A team one player and one goal down can be expected to heed its manager’s half-time requirement of getting something from the second half, but few can be expected to leave their centre-half one-on-one with the opposing centre-forward and not give defending another thought. Typically it was the centre-half, Jansson, still up after a corner, who headed Hernandez’s cross into the six yard box, where Alioski volleyed alone to put Leeds 2-1 ahead. The ferocious celebrations with fans, injured players and joyful translators at the front of the away stand behind the goal were only bettered by the baffled look on Aitor Karanka’s face.

The style, the attempt and the execution of the second half’s first twenty minutes was all madness, and this was the glory we hoped for when Bielsa came to Leeds. No coach does defiance like Bielsa, especially when he’s flinging it down against logic. His reckless contempt for reality is his charm, his success, and perhaps his greatest failing.

Bielsa continued his resistance after the match, and he might have had a point. He dismissed the idea of bringing on a defensive player because he couldn’t bear to take off an attacking one — “I would have thought that I was destroying something which was working well” — which sounds whimsical given the three goals Leeds conceded in twelve minutes after taking the lead. The first two, though, were conceded from badly defended corners, and while Aapo Halme might have helped, Bielsa seems to regard goals conceded from set-pieces as an irritating exception to the normal rules of combat. Forshaw didn’t stop Jack Robinson heading down for Colback to score his second, and Peacock-Farrell’s uncertainty was punished when a cross went over Jansson’s head and onto Murphy’s, and that’s just what happens at corners according to Bielsa. “If you take out the goals that are scored at set-pieces, we are the team who have conceded the least,” he said after the game, acknowledging the problem, and ignoring it. To Bielsa, one tall centre-half more or less wouldn’t have made any difference.

Forest’s fourth goal again involved Forshaw, after Murphy drifted wide to bounce a counter-attacking pass to Ben Osborn, who twisted past Forshaw as if he wasn’t there and smashed the ball into the top corner. The goal was an ironic death knell for United’s defending; two goals down with fifteen minutes left, there was no point becoming more defensive now. Leeds no longer had the forward-facing madness that put them ahead the first time, but they did have that good chance for Roofe from Forshaw’s pass; Roofe’s header, just over from close range after Alioski’s cross; Jack Robinson getting on the end of another Alioski cross, heading it against his own post.

5-4 was only impossible in the real world. When Bielsa watches the video tape and tots up those opportunities, he’ll see the maddest of mad victories flashing before his mad eyes. He’ll see replays of Jack Robinson’s thirteenth minute foul on Harrison, who was in the midst of controlling a long curving punt from Jansson and preparing to slot a shot past the keeper when he was shoved down on the edge of the area. Covering players and a generous interpretation of attempting to win the ball saved Robinson from a red card; a few inches saved Forest from an equalising free-kick by Barry Douglas. How different the game might have become, then.

And how different might the game have become had Bielsa not been directing. Aitor Karanka, trying to keep his job, was a bystander as Bielsa hired him and fired him and hired him according to his quixotic pursuit of three points. Sometimes Leeds are tainted by their valiance; tightening up at a goal down and hoping to nick a draw wouldn’t have sent anyone home to Leeds glummer. Instead Leeds went jousting against the windmills in their heads, and paid the price for their bravery. It leaves them two points clear at the top of the league, enough to make such a risky strategy look just about calculated. But blink again and it all just looks mad. ◉